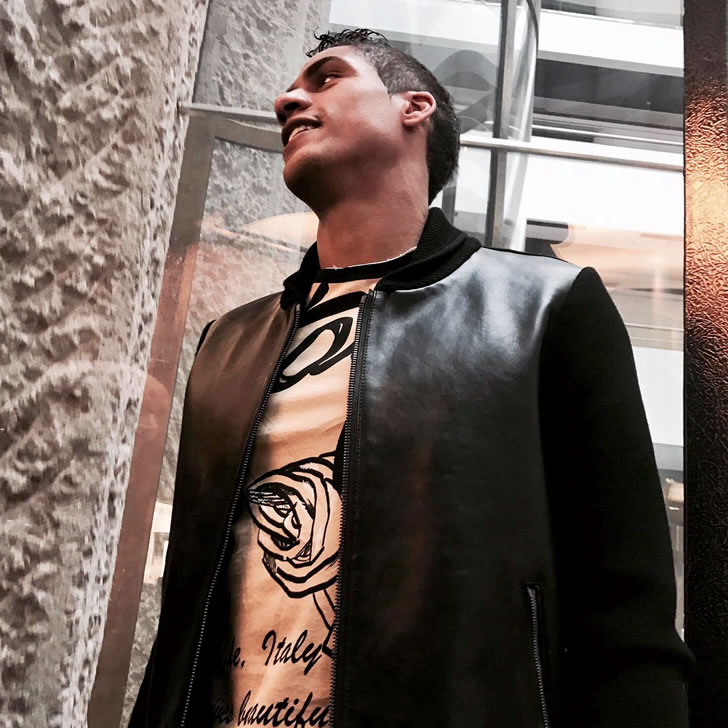 Nope! A Frenchman it is for our 48th most stylish footballer.

Sorely missed at the European championships in his home country last summer, Real Madrid’s Varane is turning out to be a solid defensive prospect, with apparent interest in his signature coming from Manchester United boss and the man who gave him his Real Madrid debut, Jose Mourinho.

Sporting a leather varsity jacket in this image, Varane pays homage to famous sporting heroes of the 20th Century, whilst very much keeping it current.