It’s the last Grand Slam of the year, the biggest and brightest one, packed with colour and music, fast food and cool cocktails, towered over by the biggest stage in tennis—Arthur Ashe—and circled by 20 blue lagoons of courts that shimmer in the heat.

The US Open has done the qualies, it’s had the kids jamboree, and the new silver-clad structures are almost finished—talk about cutting things fine! Now it’s time for the main attraction to begin, three days in which every player in the main draw will face their first foe. 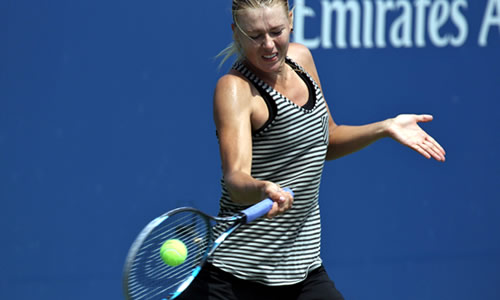 Monday’s first session is started by women’s defending champion, Sam Stosur, and its night session is closed by the No1 man in the world, Roger Federer. So to get in the mood, here are some quotes, facts and photos—beginning with the women.

Sam Stosur, charming, polite and modest, was first up on press day, and was asked about her low profile, despite being last year’s winner:

“It is what it is. I think Serena is probably the favourite coming in, given her recent form. No matter who you are, I don’t think you can really deny that.”

Serena Williams insisted she does not feel pressure because she is favourite or is playing her home Slam: “I don’t feel pressure. 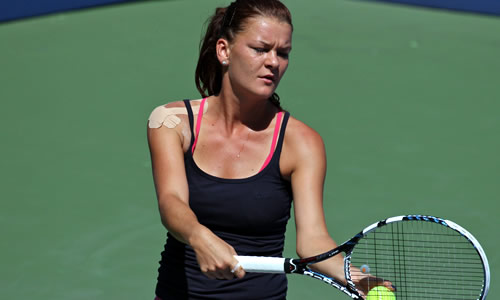 “My dad said the only pressure you have is the pressure you put on yourself. I don’t put any pressure on myself. If I win, that would be great. If I lose, I realise I’m going to go home and be devastated. But there’s always tomorrow.”

And on Kim Clijsters’ assertion that Williams was the best ever?

“I never think about that. I can’t sit here and say I’m the best ever. I’m not. I’m not worthy of that title. I’m just Serena. I love playing tennis and I’m good at it. Just because I’m good at it doesn’t make me the best.”

Victoria Azarenka, top seed and Australian Open champion, tends to keep things short and to the point, which has its rewards: just seven questions and the shortest press transcript by far. It’s easy to see why:

Q. How are you feeling?

Q. I’m not playing in the US Open, though.

A. Well, too bad. But I’m feeling good about it.

And her reaction, after being pressed twice about her prospects in the draw: “I just answered that question, actually.

“You just rephrased it differently. But I’m going to rephrase it differently for you, too. I don’t look at the draw, first of all, ever, so I don’t know the scenario.” 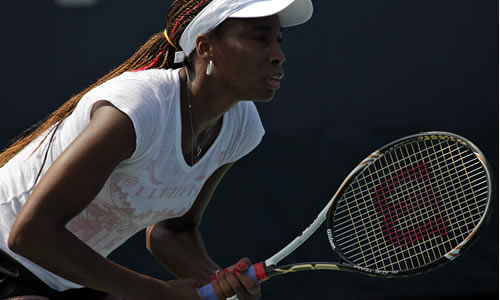 Venus Williams, returning to the tournament where she discovered a year ago that she had the debilitating Sjogren’s syndrome, was asked when she first started feeling tired:

A. “The main year for me was 2007 when I really started to feel tired.

Sharapova, one of the coolest customers in women’s tennis, opened up a little when asked about retiring at 29 as Clijsters is: “Why not? [Smiling.]

“I mean, I’m not going to put a number on it, but four years from now? I mean, I do want to be a mother someday, too.”

+ The women’s draw contains 10 active Grand Slam champions, five of whom have won the US title: Stosur, Sharapova, Clijsters, Serena and Venus Williams.

+ Francesca Schiavone has the longest active streak in Grand Slams: This will be her 49th, with her first appearance in New York back in 2000.

+ Venus Williams has had more Grand Slam appearances than any other active player—57 and counting—and has played the most US Open matches—70. 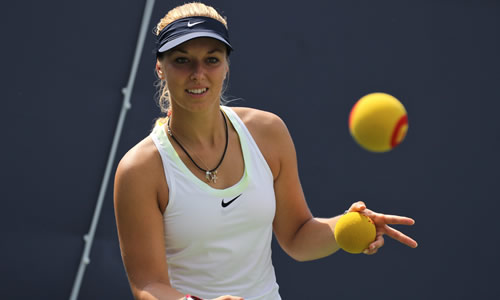 + The youngest is US wild card, 16-year-old Victoria Duval. She is one of seven teenagers, with GB’s Laura Robson, at 18, the youngest direct entrant. 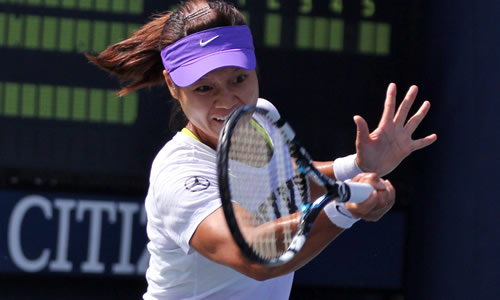 + Two women have a chance to take the No1 ranking from Azarenka in New York, No2 Agnieszka Radwanska and No3 Sharapova. But Azarenka is guaranteed the top spot if she reaches the final.

+ The top four seeds—Azarenka, Radwanska, Sharapova and Williams—have won 15 of the 21 premier or above events in 2012.

Don’t miss: US Open 2012: Djokovic, Murray and more in words and pictures