The US Open is the second oldest of the four Grand Slams after Wimbledon—and it is the last, the biggest and most richly rewarded of them all.

It is also the only one of the Majors to have been played every year since it began in 1881. 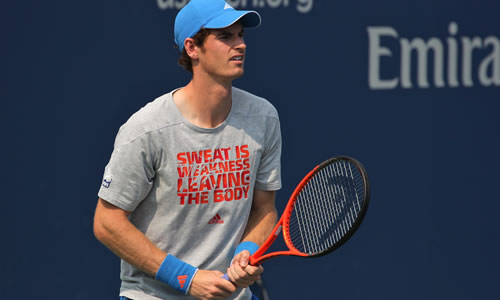 This year could be the first in a decade in which each of the four Slams is won by a different man—Novak Djokovic, Rafael Nadal and Roger Federer have shared the first three. And the man tipped to be the fourth champion, Andy Murray, will be the first of the big names to open his campaign on Arthur Ashe. The first day will end with another, Roger Federer—the five-time champion concluding play on Flushing’s famous starry opening night.

The women kicked things off here with their words, photos and stats—just as Sam Stosur will kick things off in the opening match of the US Open. Now it’s the turn of the men. 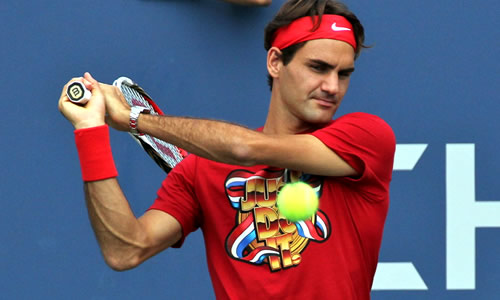 Andy Murray, who has expressed his love of the New York buzz many times before, has this year changed the formula: “Staying in a quieter hotel than usual this time and just trying to make sure I don’t spend too much time around the courts, because it can be very busy, quite loud at the courts, especially the first week.

“So just trying to get out of here as quickly as possible and relax in the evenings, and not spend too much time out and about.”

He also admitted to dreams after the summer’s wins and losses: “Four days after Wimbledon, I dreamt I won [it], and I woke up in the morning and I was just starting to feel better. That didn’t help.

“Then a few days after the Olympics, I dreamt that I lost in the final… Obviously waking up remembering that I had won was nice!” 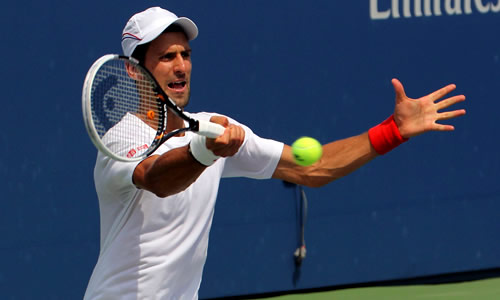 Djokovic was asked to comment on the dominance of Serena Williams: “What goes through your mind when you watch [Serena] play? I’m happy I’m in men’s tennis, you know—not needing to face her!”

And on the forehand he played on match point against Federer in last year’s US Open semi: “It brings me the nicest memories, that’s for sure.

“That point, you know, saved me from losing the semi-finals and giving me the opportunity to win the title…Yeah, it was a great shot, and it’s something that I will remember forever.”

Federer, on the impact of having twins: “First up when I heard Mirka was pregnant with twins, I was worried about my practices. I was worried about the playing schedule, that it was never going to be the same again. But my wife has made it work for me. 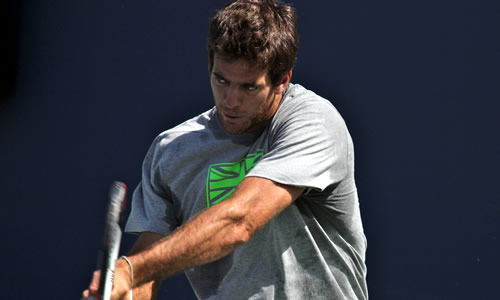 “She’s made incredible sacrifices for all of the family. I couldn’t be more grateful or thankful.”

And on the fickleness of the media: “Right now I know obviously people think I can win every Grand Slam that comes up, and if I don’t win the US Open, I will never win one again. It’s always the same story.”

+ The men’s draw holds five Grand Slam winners and all of them have won the US title: Djokovic, Federer, Juan Martin del Potro, Andy Roddick and Lleyton Hewitt.

+ If Federer wins the 2012 US Open, he will become the first man to win six or more Majors at two different Grand Slams.

+ Federer and Djokovic will remain Nos 1 and 2 respectively in the rankings, regardless of the US results, but Murray could overtake Nadal to No3 if he reaches the final.

+ Murray is attempting to become the first man to win Olympic gold and the US title in the same year.

+ Federer is on the longest active streak of Open era Grand Slam appearances, competing in his 52nd straight Major. The only two men with longer Open runs are Wayne Ferreira (56) and Stefan Edberg (54). Federer has also been seeded more often than anyone else—the last 46 Slams: Ferrer is next with 31.

+ Tommy Haas has played the most US Opens—this will be his 15th. Federer, Roddick and Olivier Rochus are playing their 13th.

+ The oldest man in the draw is Ruben Ramirz-Hidalgo, 34, and the youngest is wild card Dennis Novikov, 18.

Don’t miss: US Open 2012: Williams, Sharapova and more in words and pictures