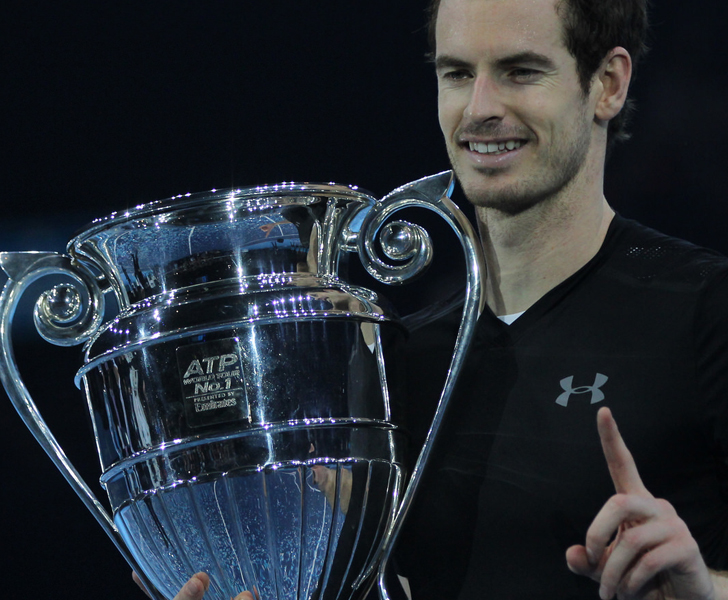 It was perhaps inevitable, as good as written in the stars, that the final contest of the final day of the final ATP event of the year should come down to the best two players in the world.

After all, Novak Djokovic and Andy Murray ended last year as Nos 1 and 2 in the world, and it stayed that way through the whole of this season—barring a single week in May.

The same men who have tracked each other’s progress since their junior days will end this year as No1, too. Except this time, the margin would certainly be altogether smaller. Djokovic had almost twice as many points as his rival at the start of 2016, a remarkable 16,585. This year, Murray led by 130.

For after a storming six months since the clay season—where he and Djokovic contested the titles in Madrid, Rome and Roland Garros—Murray had put together his best ever run: a 64-5 win-loss record, 12 finals from 13 tournaments, eight titles and—for the last fortnight at least—No1 in the world.

But because they both came into the final having won all their matches, the end-of-year ranking came down to this last contest. And there was no getting away from the enormity of the moment. The grand light-show entry for the players was flanked by two huge silver reminders: to one side the tournament trophy, to the other the ATP No1 trophy.

In Murray’s favour was the vast O2 crowd willing their Wimbledon and Olympic hero onto a title he had yet to win. But against him were assorted trip-wires.

First and foremost, Djokovic himself, who had beaten Murray 24 times in 34 meetings, and 13 of their last 15 meetings. Already they had played four finals this year, and Murray had won only in Rome.

That was before Murray went on the rampage and Djokovic’s confidence wavered following a surprise third-round loss at Wimbledon—though even that scenario could work against Murray: He was the one with all those matches in his legs.

He was also the one with two record-breaking three-setters this week. The first against Kei Nishikori took 3hrs 20mins to win; the second, only last evening against Milos Raonic, took 3hrs 38mins. Altogether, he had spent three and a half hours more on court than his rival.

But if his epic battle against the Canadian, saving match point in a seesawing final tie-break, said anything, it was that Murray would leave blood on the court before he would concede defeat. Three hours after his marathon, he told the media: “I fought really hard today. I fought hard. I fought very hard this week. I have also the last few months, too. It would have been easy today when I was behind to have gone away a little bit, but I didn’t. I fought hard. Even after serving for the match twice, having a bunch of match points in the tiebreak, still stayed tough, chased balls down, fought as best as I could.”

He also had to fight in this deciding match from the very first point, and looked as edgy as could be: two double faults and the crowd sighed in disbelief. But Murray held. 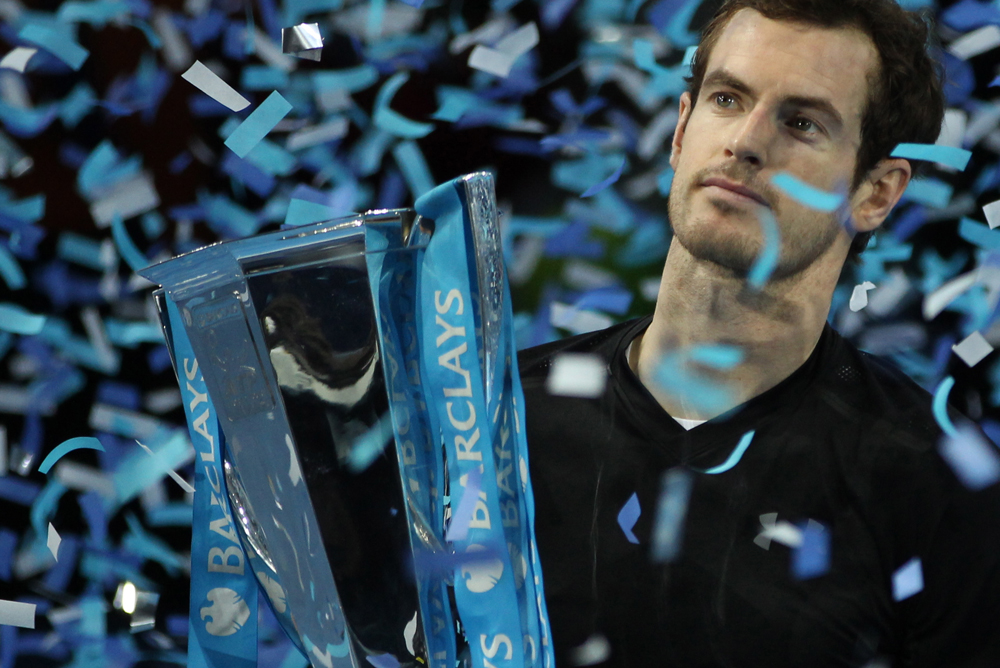 Djokovic looked supremely calm, serving to love twice in a row, and throwing in a drop-lob combo to tease Murray. Again the Briton survived, even with a net-cord against him, but his first serve was not up to scratch.

But gradually, Murray was able to up the tempo and Djokovic’s backhand began to leak errors. Not only did Murray get his first points on the Serb’s serve in the fifth game but he got two break points. Djokovic showed his nerves with a growing number of ball-bounces before each serve, first and second, but he held.

Already the match was half an hour old but Murray was building up a head of steam, sliced and diced, probed the weak Djokovic backhand, and it paid off with a break for 5-3. Both looked nervous, but kept his focus to serve out the set, 6-4: The O2 arena erupted.

And they had even more to cheer at the start of the second set. Three break points came and went, but Murray converted the fourth, helped again by a backhand error from the Serb. The game had lasted almost eight minutes, but Murray’s hold was swift: 2-0. Yet another backhand long, and Djokovic conceded another break, 4-1. This was moving fast and the crowd could hardly believe their eyes, though the strong Serbian support tried to lift their man.

At last, he responded with his precision baseline game, hitting each alternate corner with skimming pace and angles, and got his reward: He converted his first break point of the match and followed it with a love hold.

The nerves were palpable, but Murray would not bend again. Serving for the match, he let two championship points come and go, but on the third, he saw a Djokovic ball go wide and lifted his arms in celebration.

It had not been Djokovic’s best match, as he admitted afterwards: “I just played very poorly, made a lot of unforced errors from the backhand side. It just wasn’t my day. On the other hand, credit to Andy for being mentally tough and playing the right shots, making me play extra shots in every rally. He definitely deserved to win.”

And of the No1 ranking, he would not be drawn about reclaiming the top spot in 2017: “We should all let Andy enjoy this a little bit. Don’t ask him questions about next season. He deserves to be in the moment and to really take everything in what he achieved. His team as well, and his wife. She has to get some credit, guys. She gave birth this year. So, Kim, well done!”

Murray arrived in press soon after, flanked by those two huge trophies and champagne, but this is not a man to be dazzled by such things. He remained understated, laconic—perhaps rather tired, and rightly so.

No, he will not be partying tonight: He wants to go home, and then have dinner out with his team tomorrow.

“I’m happy for my team, as well, because they put a lot of work into getting me ready for these matches. I’ve lost a lot of them over the years. It’s nice and I’m happy for them that I managed to win a big one like this.”

It has, too, been a big year off court. Becoming a father, he has admitted, changes your priorities. He even went home for the night several times this week rather than staying in the players’ hotel.

But this unstarry man added that tennis had missed Roger Federer and Rafael Nadal this season because: “They have massive fan bases, not just for everything they’ve achieved on the court, but because they’re obviously charismatic guys and are very, very popular.”

Yet Murray is now the world No1 in a sport that continues to enjoy a golden era. It is a sport that makes unparalleled demands, both physically and mentally, on the individual, with no team-mates for support, no finishing line, no time limit.

He, his team, his fans and his nation can be justifiably proud of this Davis Cup, Wimbledon, Olympic and World Tour Finals champion—and now officially the best in the world.

MORE: Andy Murray, world No1 in his own words: A picture and quotes special