Behind the glitz and glamour and celebration, this modest, quietly-spoken and most unstarry of champions showed the real man beneath the gladiator 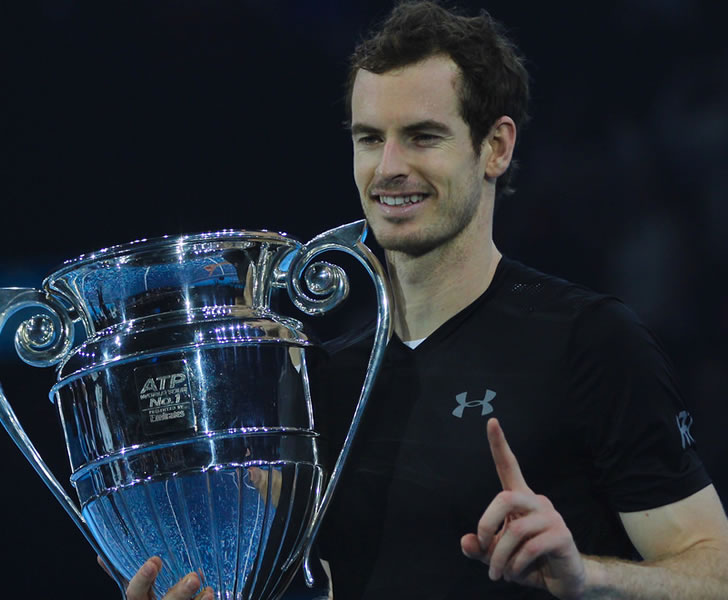 Andy Murray is the world number one Photo: Marianne Bevis

Many feared that record-breaking, record-making Andy Murray would be undone by his antics during this year’s World Tour Finals in London.

Not once but twice he set a new record for a three-set match played in this tournament: On Wednesday it was 3hrs20mins, Saturday it was a body-sapping 3hrs38mins. No wonder he was almost three hours coming to his media obligations as he tried to recover his body for the ultimate test: Novak Djokovic in the final.

But that was to underestimate a man who had already done extraordinary things this year.

He played more matches than anyone else and won more, too: 78 from 87.

He won more titles, nine of them, from more finals, 13. And those finals included three Grand Slams and five Masters, while the titles include Wimbledon, Olympic gold and the season’s finale.

He has enjoyed two 22+ streaks, one beginning with a record fifth Queen’s title and taking in the Wimbledon and Olympic honours, the other still alive at 24 match-wins.

All nine titles came after he hit the clay season in April, since when he reached the final of 12 of the 13 tournaments he entered. 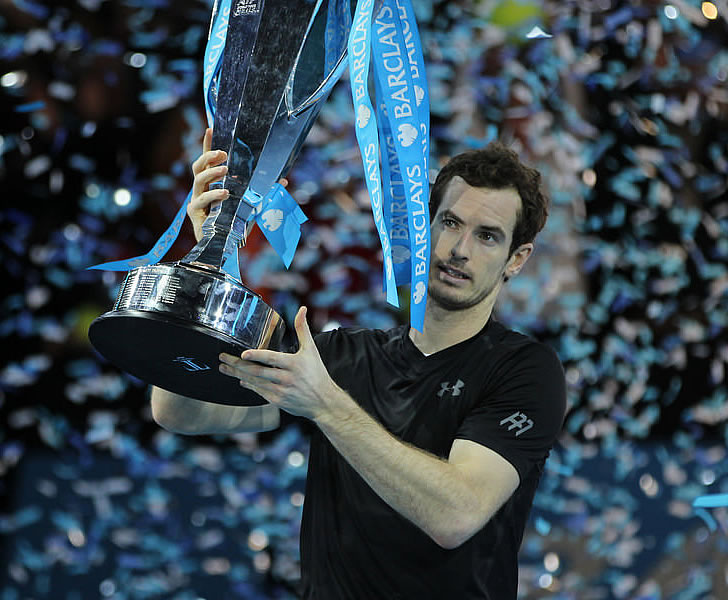 He capped it all by completing what he as much anyone thought was impossible before the arriving in London: taking the No1 ranking that Djokovic had held for two and a half years.

And remember this: less than a year ago, he led his country to its first Davis Cup victory in almost 80 years, and after the Australian Open, he did not play for well over a month, choosing to spend time with his wife for the birth of their first child.

Yet to keep the No1 ranking, Murray needed, after those record-breaking marathons, to come back the very next afternoon and take on Djokovic in a winner-takes-all showdown.

As the world now knows, he did just that. Yet behind the glitz and glamour and celebration, this modest, quietly-spoken and most unstarry of champions showed the real man beneath the gladiator. Here are just some of his thoughts.

On his biggest achievement of the year

“The Olympics felt really special. It was a really, really tough match against del Potro in the final. That one felt the most satisfying. It was a big week for me, that one. I got to carry the flag at the opening ceremony, which was incredibly special, and something I didn’t expect to ever get the chance to do. Then to finish with a gold medal, again, was great.

“Right now to finish the year like this, this is the best possible way to finish a year.” 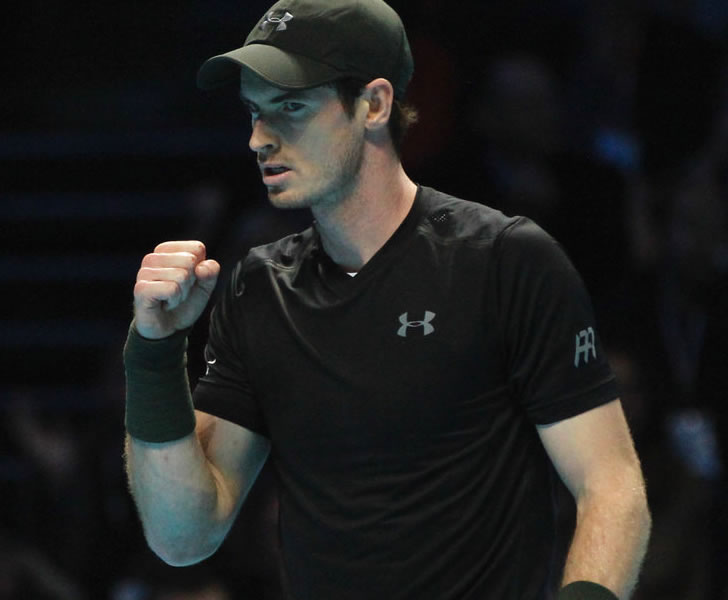 On the state of tennis

“This year I think has been hard in some ways because of Roger and Rafa missing large parts of the year. They have massive fan bases, the two of them, not just for everything they’ve achieved on the court, but because they’re obviously charismatic guys and are very, very popular.

“But I hope these next few years are exciting. [There are] some of the younger guys who I think are going to be great players, [and] a few of them are really exciting personalities, as well, with exciting games. I think it’s in a good place just now. It would be better if the two of them were fit.” 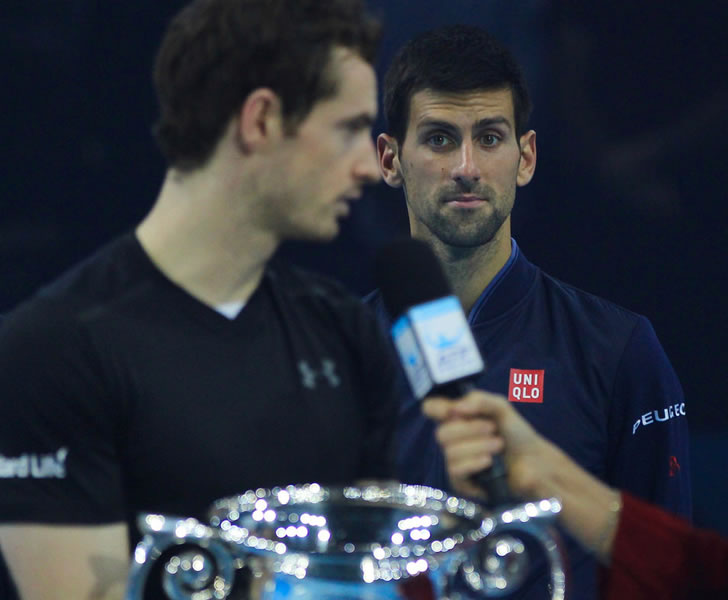 “When me and Novak speak with each other, we don’t talk about tennis, rankings, the matches we play against each other… we talk about each other’s families, children and stuff. We chatted this year quite a lot because obviously I became a father the first time.

“I think both of us have been with our now wives a long time, pretty much since we were like 18, 19 years old. We met each other’s wives at that age, as well. We’ve known each other a very long time. Regardless of what some of you may think, we have a good relationship.”

And what about fatherhood?

“I’ve been dealing with wins and losses much better than I did in the past I think just because I have something else that’s more important. Throughout the year I’m not having—haven’t this year anyway—had so many ups and downs because I’m not getting too high after wins or too down after losses, which was maybe the case in the past.”

After his drama-packed win over Raonic

“I fought really hard today. I fought hard. I fought very hard this week. I have also the last few months, too. It would have been easy today when I was behind to have gone away a little bit, but I didn’t. I fought hard.

“I was pretty down after the French Open. We agreed to start working with each other a few days after. It was quite a big boost for me, that in itself, that he wanted to come back to work with me again.

“Then obviously had the perfect grass court season. That gave me a lot of confidence… winning a Major competition again after a lot of tough losses was big for me. My whole team’s contributed towards that, but Ivan definitely came at a really important period of the year for me.”

Reflecting on the achievement of brother Jamie in also reaching No1… 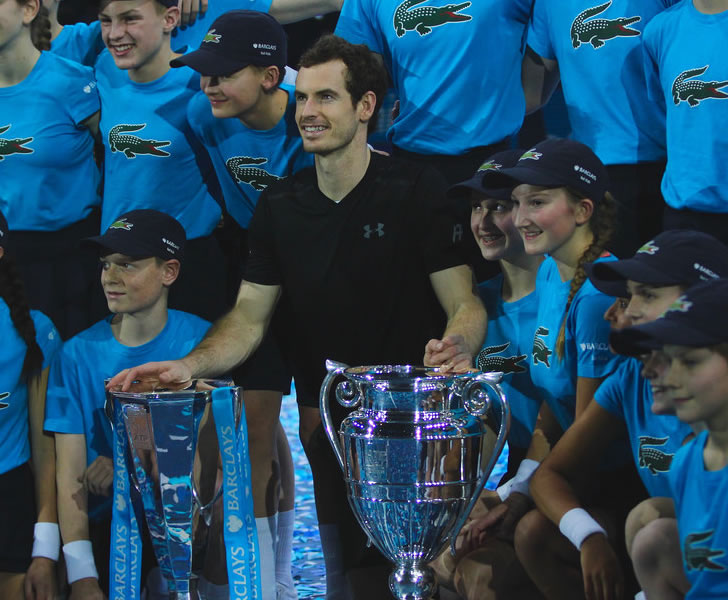 “Obviously the whole year has been fantastic for both of us. We would like to finish it perfectly if we can. Regardless of what happens over the weekend, we can look back on this year and be very proud of what we’ve done as a family.”

…and of his relationship with Jamie

“[Up until we were about 12], we didn’t play loads of tennis. We played probably four hours a week. But we did play golf, squash, table tennis. We were always competing against each other from a young age. Now we obviously don’t. [But] I think we’re probably each other’s biggest fans.”

“I think for the tournament and stuff, for everyone interested in tennis, that would probably be the perfect way to finish the year. For me and I’m sure for Novak, both of our goals would be to try to win the event. For him, whether that’s by beating me, someone else, or for me if it’s winning against Novak or another player, it doesn’t change for us.”