By The Sport Review
Updated on Thursday 14 July 2022 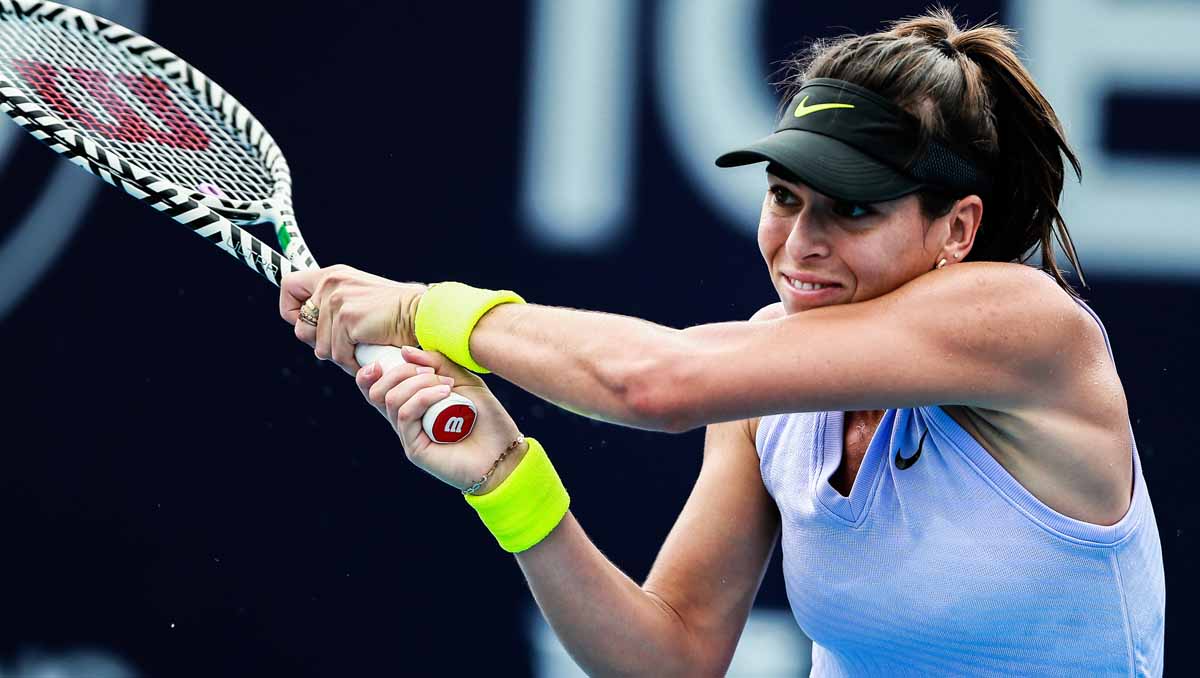 Ajla Tomljanovic is a Croatian-born Australian tennis player. She reached her first WTA Tour final at the Thailand Open in 2015.

The 29-year-old started playing tennis when she was seven years old after having been introduced to the sport by her sister Hana.

Born in Zagreb in Croatia, she was granted Australian citizenship back in 2018 and has chosen to represent the country in all competitions and tournaments since then.

Tomljanovic was a strong junior player and achieved a career-high junior ranking of number four in the world back in 2009.

She made her senior professional debut on the ITF tour back in 2008 and made a steady rise up the rankings to reach her first WTA Tour level final in 2015.

So, what do we know about Tomljanovic’s journey to becoming the talented tennis player she is today? This is her story.

Ajla Tomljanovic was born on 7 May 1993 in Zagreb in Croatia. Her father’s name is Ratko and her mother is called Emina. She has a sister named Hana.

Her father was a professional handball player and won the 1992 and 1993 handball European Cup. Her mother is from Bosnia.

She began playing tennis when she was seven years old after having been introduced to the sport by her sister.

“She is my biggest cheerleader,” Tomljanovic said of the support from her mother from the stands in the summer of 2022.

Tomljanovic trained in Florida in the United States from the age of 13.

Tomljanovic was a strong junior player and began competing on the junior circuit in 2008. Her best ranking as a junior player was number four in the world in March 2009.

She won her only junior singles title at the International Casablanca Junior Cup in 2009. 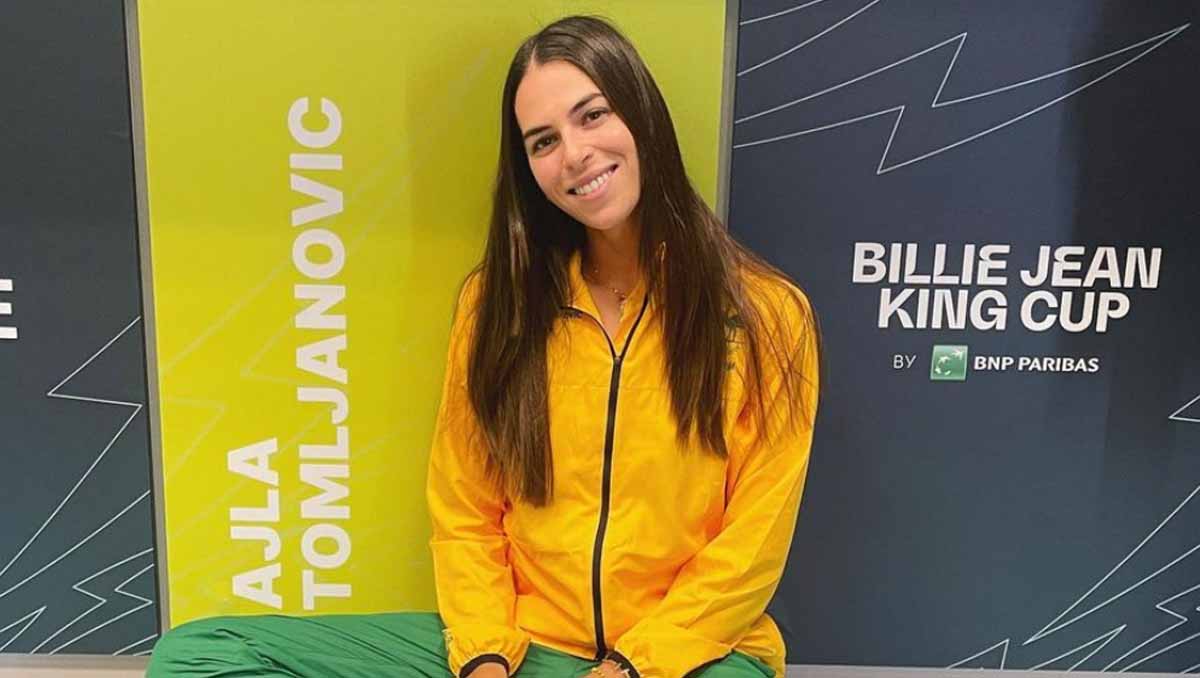 However, she did taste junior grand slam glory alongside partner Christina McHale in the girls’ doubles at the 2009 Australian Open.

Tomljanovic made her WTA Tour debut at the 2009 Indian Wells Open after being handed a wildcard into the main draw. She lost the match in straight sets to Angela Haynes of the United States.

Her next appearance on the WTA Tour came in February 2010, when she was handed a wildcard into the main draw of the Memphis International. There, she won her first WTA level match with a victory against Kristina Kucova of Slovakia. She lost in the second round to Karolina Sprem of Croatia.

Tomljanovic missed most of the 2012 season due to glandular fever.

Tomljanovic made her grand slam main draw debut at Wimbledon in 2013 after coming through qualifying to reach the first round. There, she lost to Bojana Jovanovski Petrovic in three sets.

She then followed that up by reaching the second round of a grand slam for the first time in her career at the 2013 US Open. She came through qualifying and beat Casey Dellacqua in the first round at Flushing Meadows, before losing to Alize Cornet of France in round two. 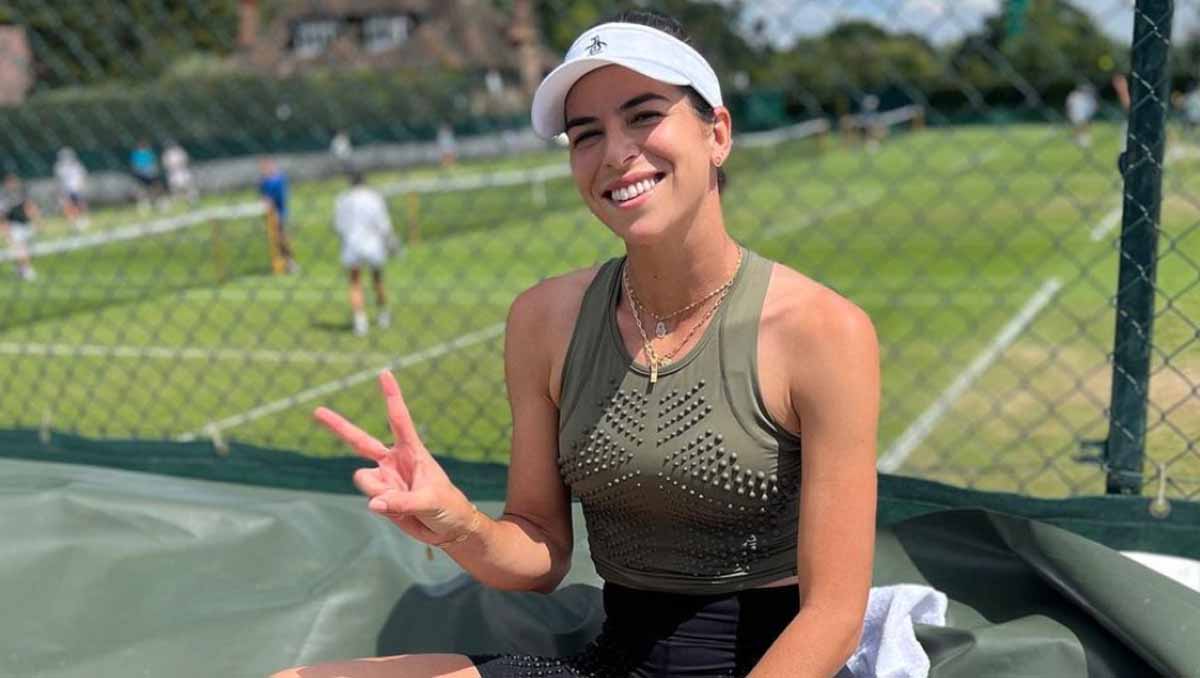 Tomljanovic then enjoyed something of a breakthrough season in 2014. She reached the second round of the Australian Open and lost to Sloane Stephens of the United States.

She then enjoyed her strongest grand slam run to date at the French Open, beating Francesca Schiavone, Elena Vesnina and Agnieszka Radwanska – all in straight sets – to reach the fourth round of a Major for the first time in her career. She lost to Carla Suarez Navarro of France in the fourth round in Paris.

In 2018, Tomljanovic was granted Australian citizenship and she has since opted to represent the country at WTA and Fed Cup events. Prior to her citizenship being granted, she was only able to represent Australia at the grand slam tournaments.

“When I was a kid, it was always the dream to compete with the best girls and be the best I can be,” Tomljanovic told SI.com in 2014. “And with Australia, I really believe I can maybe reach the next level and maximize my potential.” 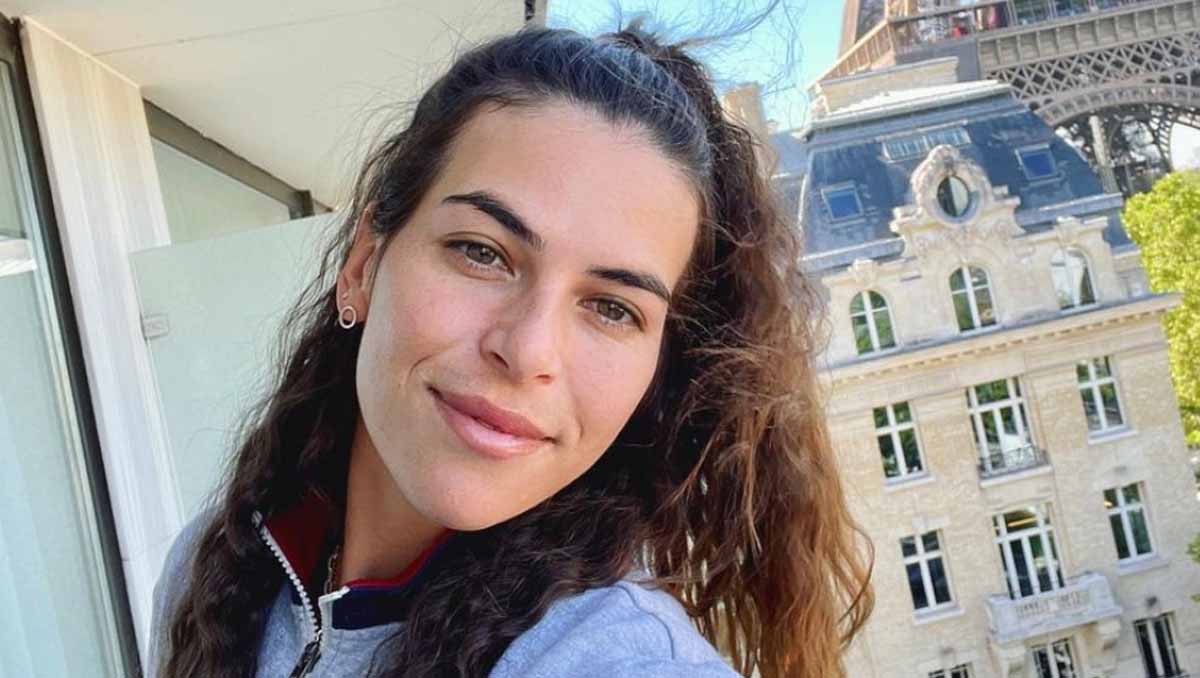 After some more steady progress, Tomljanovic equalled her run at Wimbledon 2022 by reaching the quarter-finals once again. She defeated Jil Teichmann, Catherine Harrison, Barbora Krejcikova and Alize Cornet to reach the last eight, before falling once again to the eventual champion, this time Elena Rybakina, in three sets.

Speaking in an interview in the summer of 2022, Tomljanovic revealed that she tries to stay true to the dream she had when she was just starting out as a tennis player.

“You need to rely on the dream you had when you started to play tennis, something that pushes you never to give up – you need to channel that feeling in a way and to be aware of the fact that every week is a possibility for something new to happen,” she said.

“We have all witnessed a lot of stories where a certain player does not win many matches, only for that one week to come where they fulfill their dreams. No giving up!” 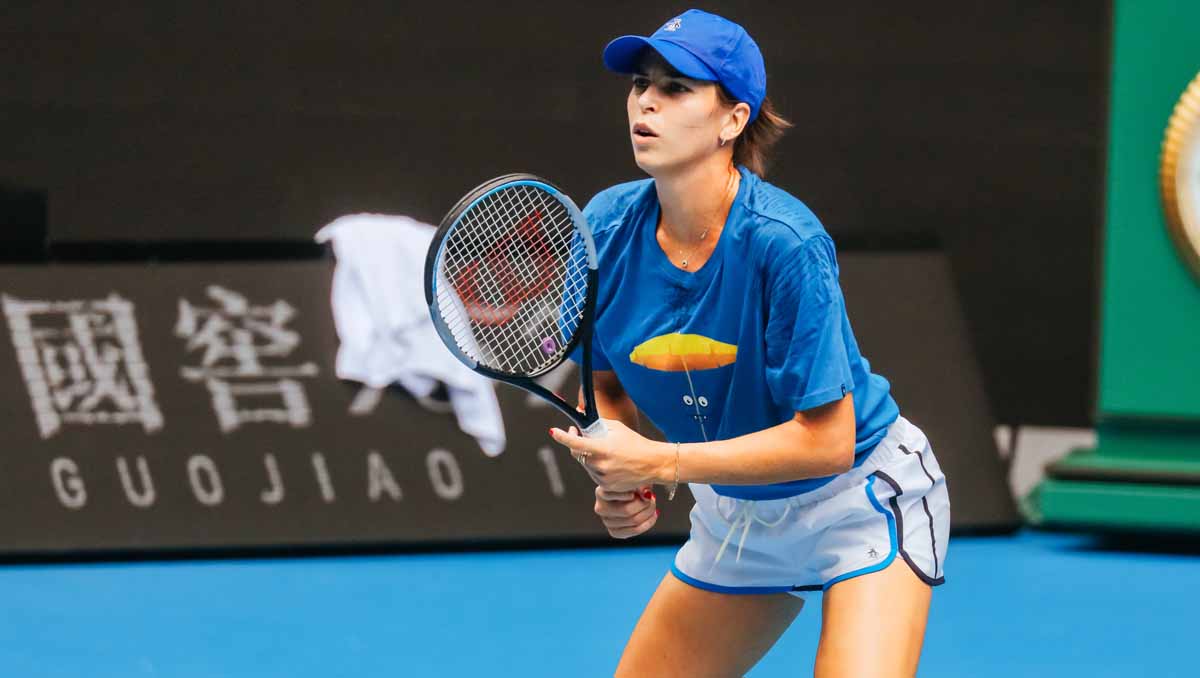 Asked in the same interview in 2022 how long she sees herself playing on the WTA Tour, she replied: “I do not like to even think about it. What I can say is that I feel really young. I had several injuries and I skipped a few years basically, so my body is in great shape. You never know where life will take you, but if you ask me right now, I see myself playing for a really long time.”

Ajla Tomljanovic has earned a total of US$ 5,084,199 in career prize money, for both singles and doubles combined, as of July 2022. 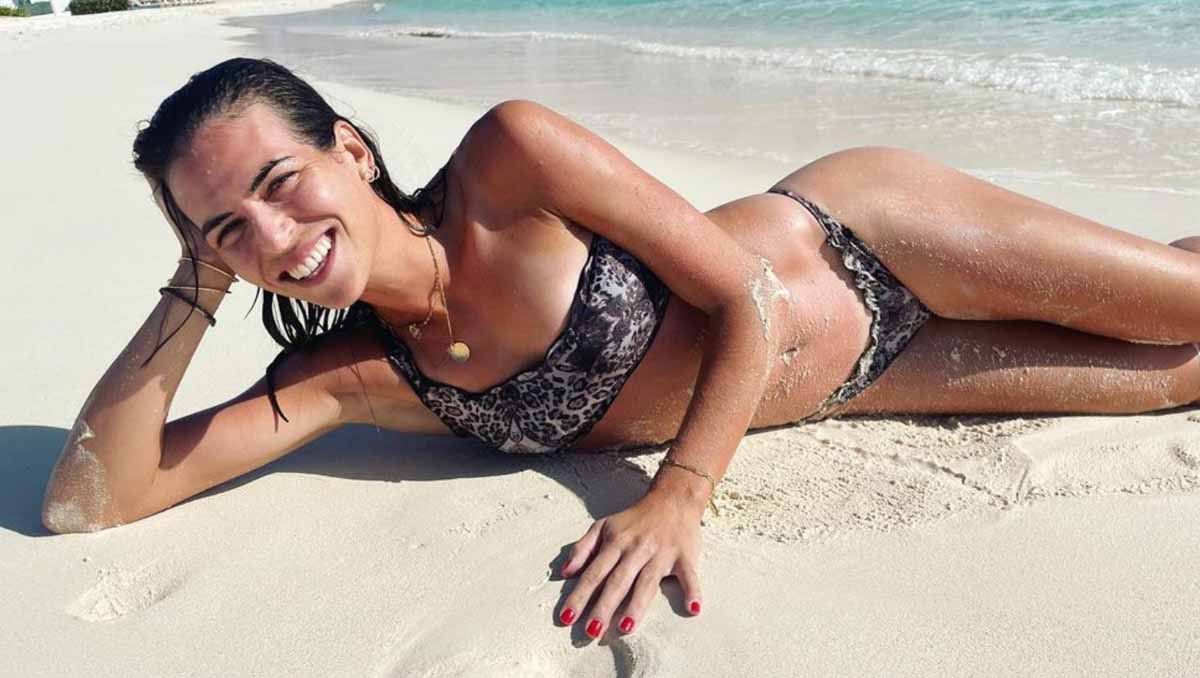 Emma Raducanu, speaking after having retired from her fourth-round match against Tomljanovic at Wimbledon in 2021: “I want to congratulate Ajla on an incredible performance and I’m sorry our match ended the way it did. I was playing the best tennis of my life in front of an amazing crowd this week and I think the whole experience caught up with me.”

Ash Barty, speaking after beating Tomljanovic in the 2021 Wimbledon quarter-finals: “Ajla is an incredible competitor, she was always going to bring out the very best in me. This is a dream come true, genuinely. I know you hear that a lot as athletes, but this is my dream and I’m extremely grateful for this opportunity.”

Elena Rybakina, speaking after beating Tomljanovic in the quarter-finals at Wimbledon in 2022: “It was a really tough match. I started a bit slow, I didn’t serve that well, maybe I was a bit nervous and Ajla was defending really good. I just tried to focus on my serve to find my way, and I found it.”