By The Sport Review
Updated on Friday 5 November 2021 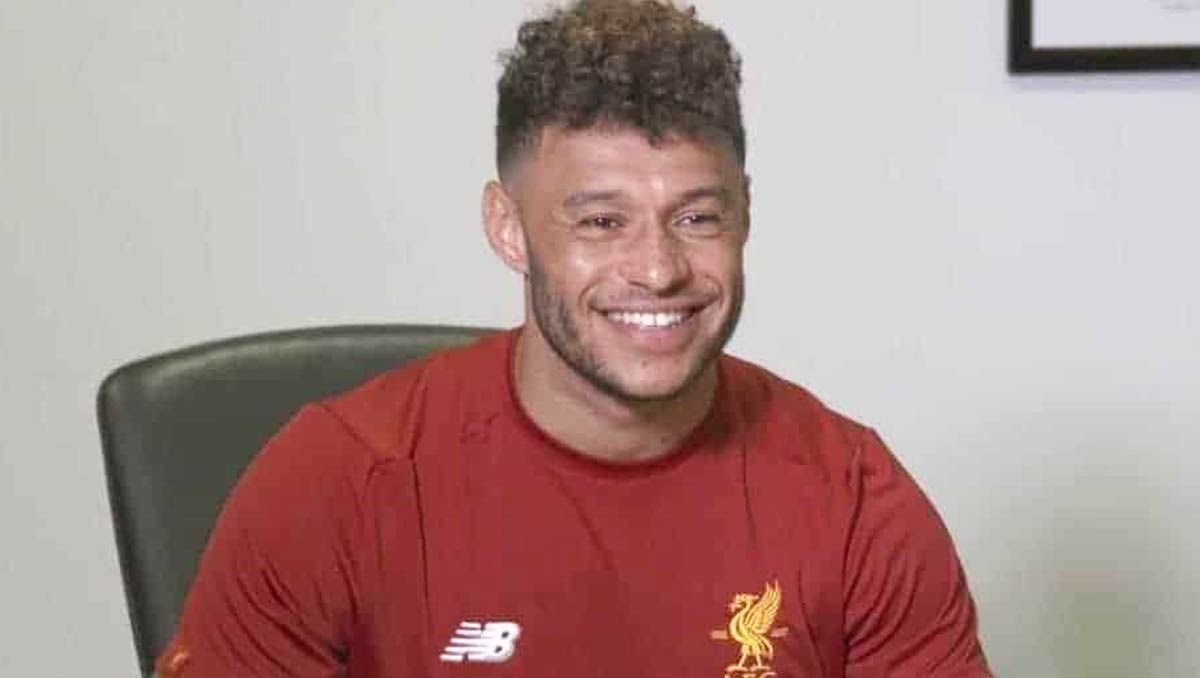 Alex Oxlade-Chamberlain is an English footballer who plays as an attacking midfielder for Liverpool FC.

The versatile midfielder started his professional career at Southampton and made his first-team debut for the Saints aged 16 years 199 days back in 2010.

Oxlade-Chamberlain followed in the footsteps of Theo Walcott when he moved to Arsenal from Southampton in a £10m deal in August 2011.

Alex won three FA Cup titles during his six-season spell at the north London club but was unable to fire the Gunners to Premier League glory.

Liverpool FC signed Oxlade-Chamberlain in a £40m deal from Arsenal on deadline day in the 2017 summer transfer window.

Oxlade-Chamberlain made his England debut in a 1-0 win over Norway in a warm up game ahead of the European championship in 2012.

The midfielder won the Champions League with Liverpool FC in 2018-19, and then the Premier League title in the following season.

Oxlade-Chamberlain became part of the Southampton Academy at the age of seven.

He made his debut in a 5-0 win over Huddersfield Town in March 2010, becoming the club’s second-youngest player at the age of 16 years and 199 days.

Alex scored his first senior goal for Southampton in a 2-0 win over Bournemouth in the first round of the League Cup in August 2010.

He then netted his first League One goal against Oldham Athletic in October. Oxlade-Chamberlain went on to score two goals and make an assist in a 4-0 win over Dagenham and Redbridge in November 2010.

Alex finished the season with nine goals and eight assists in 32 appearances in all competitions in the 2010-11 season. His final game in a 3-1 win against Walsall on the final day of the campaign. 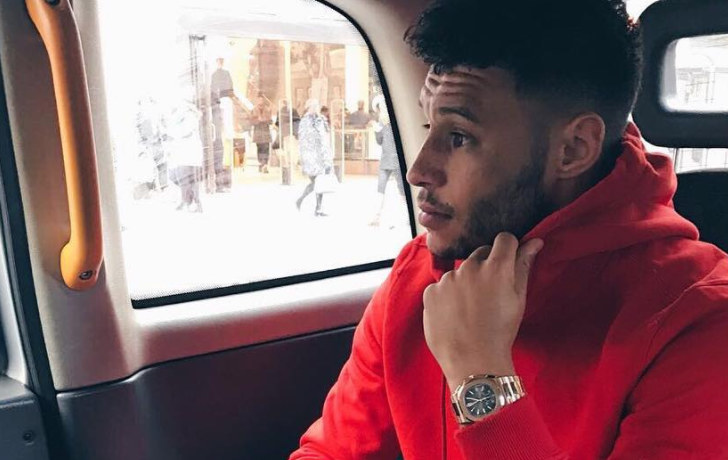 Oxlade-Chamberlain moved to Arsenal in a £15m deal from Southampton in August 2011.

Alex made his Gunners debut as a second-half substitute in Arsenal’s 8-2 loss to Manchester United at Old Trafford at the end of August 2011. He was the 150th player to represent Arsenal in the Premier League.

His first Arsenal goal came in a 3-1 win over Shrewsbury Town in the League Cup in September, before he then opened his account in the Champions League against Greek outfit Olympiacos.

He made his Premier League start in a 2-1 loss to Manchester United at The Emirates in January 2012. Two weeks later, he scored his first Premier League goals in a 7-1 win over Blackburn Rovers.

That season, he was one of the few Arsenal players to emerge with credit following their Champions League exit at the hands of AC Milan after his display at The Emirates in the second leg.

Alex finished his first season at Arsenal with four goals and two assists in 15 starts and 11 substitute appearances.

Oxlade-Chamberlain opened his account for the 2012-13 season with a goal against Coventry City in the League Cup. However, Alex didn’t find the mark in the Premier League until a 7-3 victory over Newcastle at The Emirates on 29 December.

His goal capped a good end to 2012 after Arsenal handed Oxlade-Chamberlain a new long-term contract.

Alex had a decent if unspectacular second season with two goals and three assists in 34 games in all competitions. 16 of those were substitute appearances.

Alex suffered a hamstring problem during Arsenal’s 3-1 loss to Aston Villa in their Premier League opener in August 2013. He was sidelined for four months.

In a twist of fate, Oxlade-Chamberlain made his return from injury against the same opponents – in a 2-1 win at Aston Villa in January 2014.

He scored his first Premier League goals of the season when he netted twice in a 2-0 victory over Crystal Palace in February.

Alex scored in a 2-1 win against Liverpool FC in the FA Cup. However, he didn’t start in Arsenal’s victory over Hull City in the FA Cup final at Wembley.

Oxlade-Chamberlain started Arsenal’s 3-0 win over Manchester City in the Community Shield at Wembley in August 2014.

Alex got on the score-sheet in Arsenal’s 1-1 draw with Tottenham Hotspur in the north London derby in September.

He netted his second Champions League goal in a 3-0 win over Anderlecht in the group stage, before Alex scored in a 3-1 loss to Olympiacos in the home leg of their Champions League last-16 clash.

Oxlade-Chamberlain struggled to hold down a regular spot in the Arsenal team in the final months of the campaign. 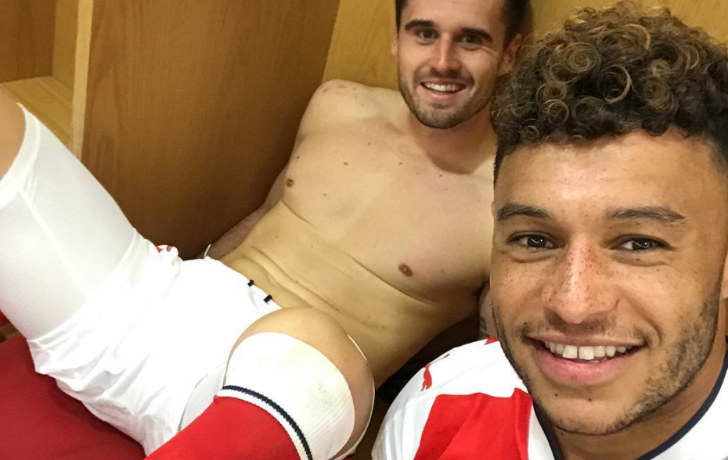 Alex scored Arsenal’s winner in a 1-0 victory over Chelsea FC in the Community Shield at Wembley.

However, for the second successive season, the England international was in and out of Arsene Wenger’s side.

In fact, he made just nine starts and a further 13 appearances from the bench in the Premier League. His only top-flight goal came in a 1-0 win at Bournemouth in February 2016.

He suffered a serious knee injury in a 2-0 loss to FC Barcelona in the Champions League to hamper his end to the season.

Alex came off the bench to score Arsenal’s second goal in a 4-3 loss at Liverpool FC in August 2016.

He got on the score-sheet in Arsenal’s 4-0 win over Nottingham Forest in the League Cup.

Alex then netted three goals in three games against Ludogorets and Reading to find some good form.

One of his best performances of the 2016-17 campaign came in a 5-1 win at West Ham, when he contributed a goal and an assist.

Wenger utilised Oxlade-Chamberlain in a wing-back role in the second half of the campaign.

He was named man of the match for his assist for Nacho Monreal in Arsenal’s 2-1 victory over Manchester City in the FA Cup semi-final.

Alex impressed in Arsenal’s 2-1 win over Chelsea FC in the FA Cup final at Wembley in May 2017.

Liverpool FC signed Oxlade-Chamberlain in a £35m deal from Arsenal on 31 August 2017. He was handed the number 24 shirt after he signed a long-term contract with the Reds.

Alex made his debut in Liverpool FC’s 5-0 loss to Manchester City in September 2017.

He scored his first Reds goal in a 7-0 win over Maribor in the Champions League at Anfield. A few days later, he netted his first Premier League goal for Liverpool FC in a 4-1 win at West Ham.

The England midfielder continued his excellent form with another goal against Manchester City in Liverpool FC’s 3-0 win against the Citizens in the first leg of their Champions League quarter-final.

Oxlade-Chamberlain suffered a season-ending injury in a 5-2 win over AS Roma in the Champions League last four.

He finished his first season at Liverpool FC with five goals and seven assists.

Oxlade-Chamberlain made 30 appearances in the top flight as he helped Liverpool FC to win their first-ever Premier League title in the 2019-20 season.

Oxlade-Chamberlain made his senior England debut in a 2-0 win over Norwich in a friendly in May 2012. He then made his first start of the Three Lions in a 1-0 victory over Belgium at Wembley a week later.

His first international goal came against San Marino on 12 October 2012. He netted in the return fixture, too.

Alex had the honour of scoring in a 2-2 draw with Brazil at their newly refurbished Maracana Stadium in 2013.

Oxlade-Chamberlain is in a long-term relationship with Little Mix pop star Perrie Edwards.

The couple welcomed their first child together on 21 August 2021. 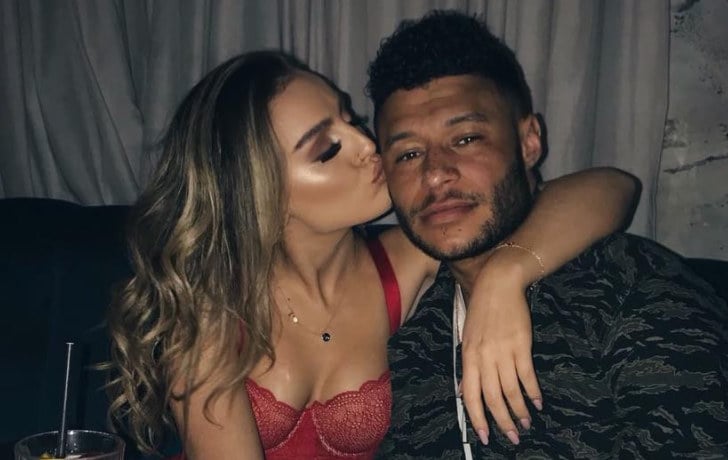 Alex Oxlade-Chamberlain – Did You Know?

• His uncle, Neville Chamberlain, was also a professional footballer, as is his younger brother, Christian, who is also a midfielder.

• Oxlade-Chamberlain could have chosen rugby union over football after he was offered a trial with Premiership side London Irish.

• Alex was also offered trials as a wicketkeeper batsman with Hampshire but decided to focus on his football career.