By The Sport Review
Updated on Wednesday 16 February 2022 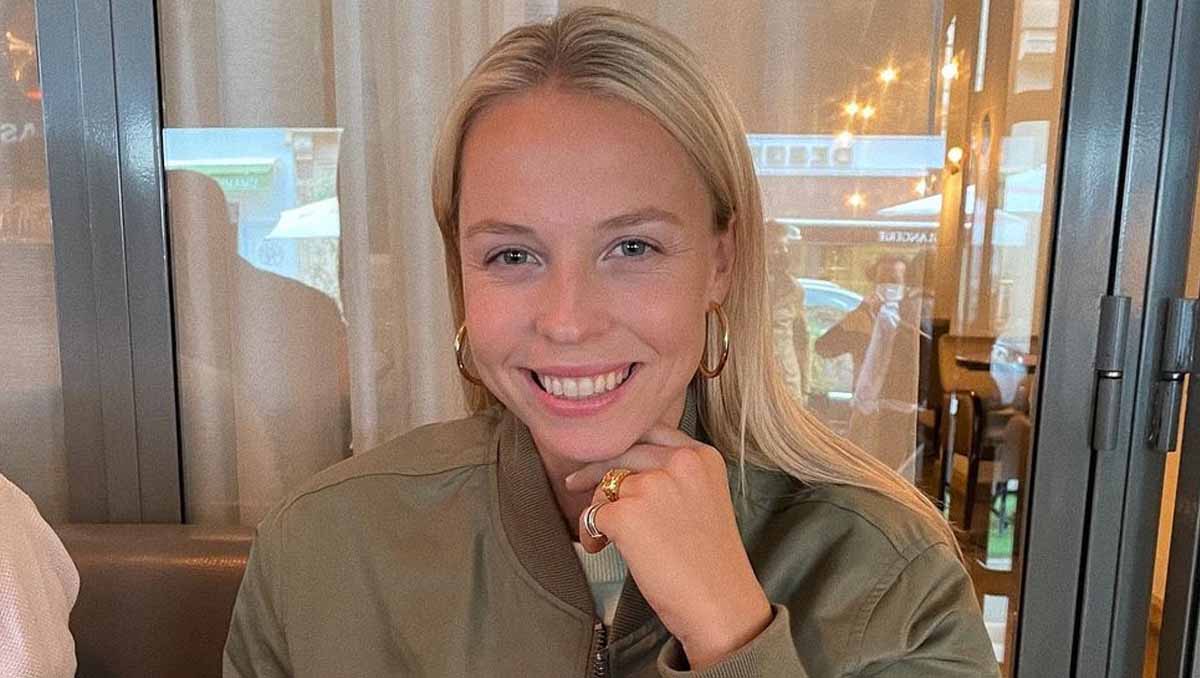 Anett Kontaveit is an Estonian tennis player. She won her first WTA Tour title in 2017.

She started hitting tennis balls when she was just six years old under the supervision of her mother and soon developed a passion for the sport.

Kontaveit won her first title when she was just nine years old and later enjoyed a breakthrough year in 2011, winning three singles titles on the ITF circuit.

The talented Estonian, who plays with a two-handed backhand, lifted her first WTA Tour level title in 2017 at the Rosmalen Open.

So, how much do you know about Anett’s inspiring journey towards becoming the impressive talented tennis player she is today? This is her story.

Kontaveit was born on Christmas Eve on 24 December 1995 in Tallinn, Estonia, to parents Ulle Milk and Andrus Kontaveit.

She started playing tennis at the age of six under the supervision of her mother Ulle, who is a tennis coach. Her mother remained as her coach until she was 11 years old.

“We’re both very stubborn, strong individuals,” Kontaveit said of her mother in an interview win May 2019. “I was very active as a kid and she’s definitely the reason I got started [with tennis], for sure.”

Kontaveit started playing competitive tennis when she was eight years old and won her first title when she was nine, at the finals of the Estonian Youth Championship (T-10).

“She’s wanted to compete since she was little,” explains her mother Ulle. “To be a winner, never to lose, whatever it takes. She’s loved all kinds of sports. She’s always done everything with great passion.”

When she was young, Kontaveit would divide her spare time between tennis, choir practice and folk dance. 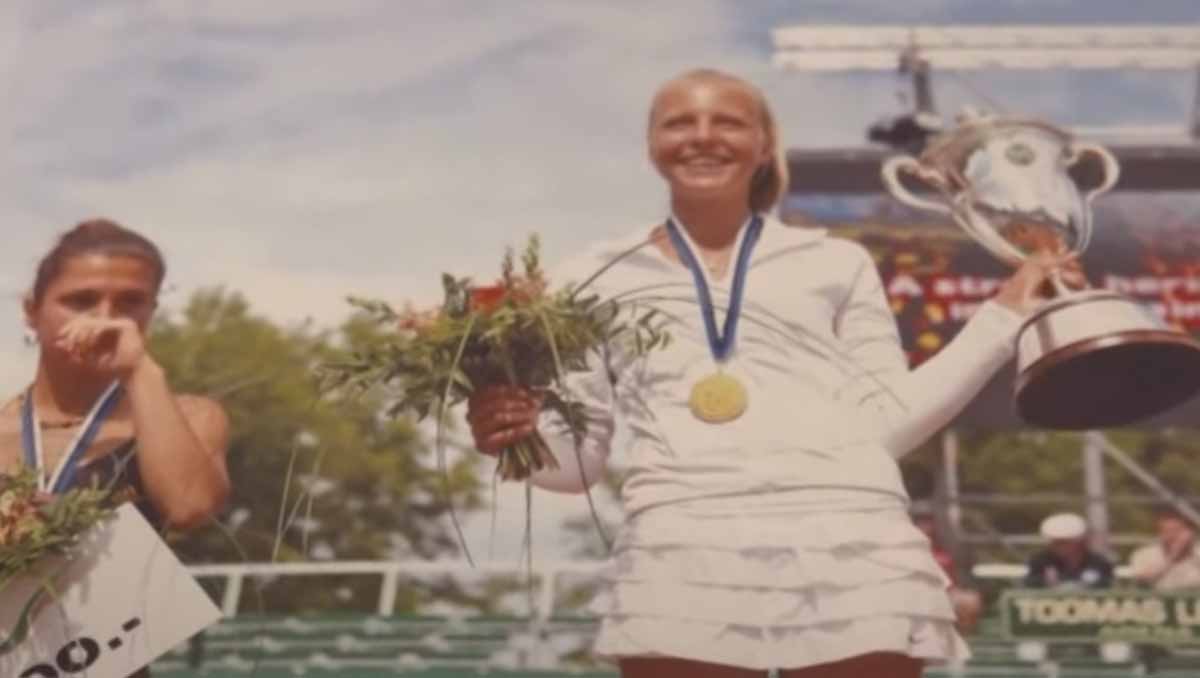 In July 2004, she took part in the 17th Celebration of the Estonian Dance Festival. “A real Estonian has to participate in the dance or song celebration festival at least once in their life,” she explains.

She then began to focus more seriously on tennis and in 2005, she began competing at international tournaments. Her most memorable participation at that time came at the 2005 LJSC tournament in Riga, Latvia.

Kontaveit then won tournaments in Helsinki and Kedainia and also won a gold medal in the Estonian youth singles.

She continued to work hard on her game and saw her input rewarded when she won the Estonian Championships in 2009, becoming the youngest player ever in Estonia to do so. She then successfully defended her title 2010.

Aged 16, Kontaveit enjoyed a breakthrough year in 2011 when she started playing on the ITF Circuit. She won three $10,000 ITF Circuit titles that year.

In 2012, she competed at her first WTA Tour tournament in Copenhagen and won two more singles titles on the ITF Circuit. She also reached the semi-finals of the junior French Open and Wimbledon, as well as the final of the junior US Open, where she lost to American Samantha Crawford.

Her progress continued until she was struck down by glandular fever in 2014 and her season was cut short.

Kontaveit won her first WTA Tour title in June 2017 at the grass-court Rosmalen Open in the Netherlands. She defeated Natalia Vikhlyantseva of Russia in straight sets in the final. The victory helped to propel Kontaveit into the world’s top 40 for the first time.

She admitted that it was an incredible feeling to land her first senior WTA title. “It definitely felt amazing – one of my dreams come true, I guess,” she said in an interview back in August 2017. “It’s what you always dream of. 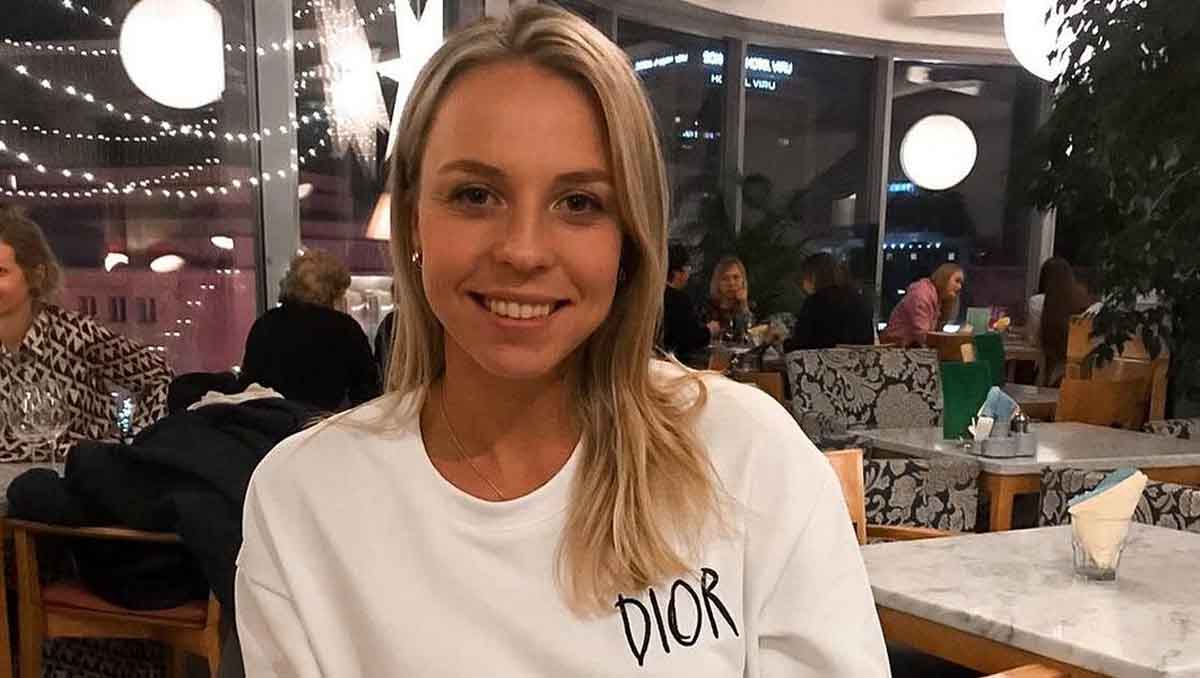 “I am really happy with the way I’ve been playing recently, and I feel like I’ve been getting confidence, so I’m super excited to get the first win. I guess you feel a bit more comfortable [with every final you make].”

Kontaveit felt that all of her hard graft from previous years was starting to finally pay off in 2017.

“I feel like all the hard work is starting to pay off,” she said. “At the start of the year [2017], I’ve been gaining confidence with every match, and I’ve played a lot, so I think just playing, playing, playing. I’ve managed to get through a lot of tough matches and turn things around for myself.”

She finished the year inside the world’s top 50 and continued to keep her ranking at that level in 2018 and 2019.

Kontaveit enjoyed another breakthrough year in 2021. She reached the third round of the Australian Open and French Open, before losing in the first round at Wimbledon.

She reached the quarter-finals of the Miami Open and the second round in Madrid. She also reached the final of the Eastbourne International, where she lost to Jelena Ostapenko.

Kontaveit won the second WTA title of her career in Cleveland in 2021. She beat Romania’s Irina-Camelia Begu in straight sets in the final.

The third title of her career followed at the 2021 Ostrava Open, where she beat Greece’s Maria Sakkari in the final in straight sets.

Speaking after her victory in Ostrava, Kontaveit identified some of the aspects of her game and mentality that had been improving. 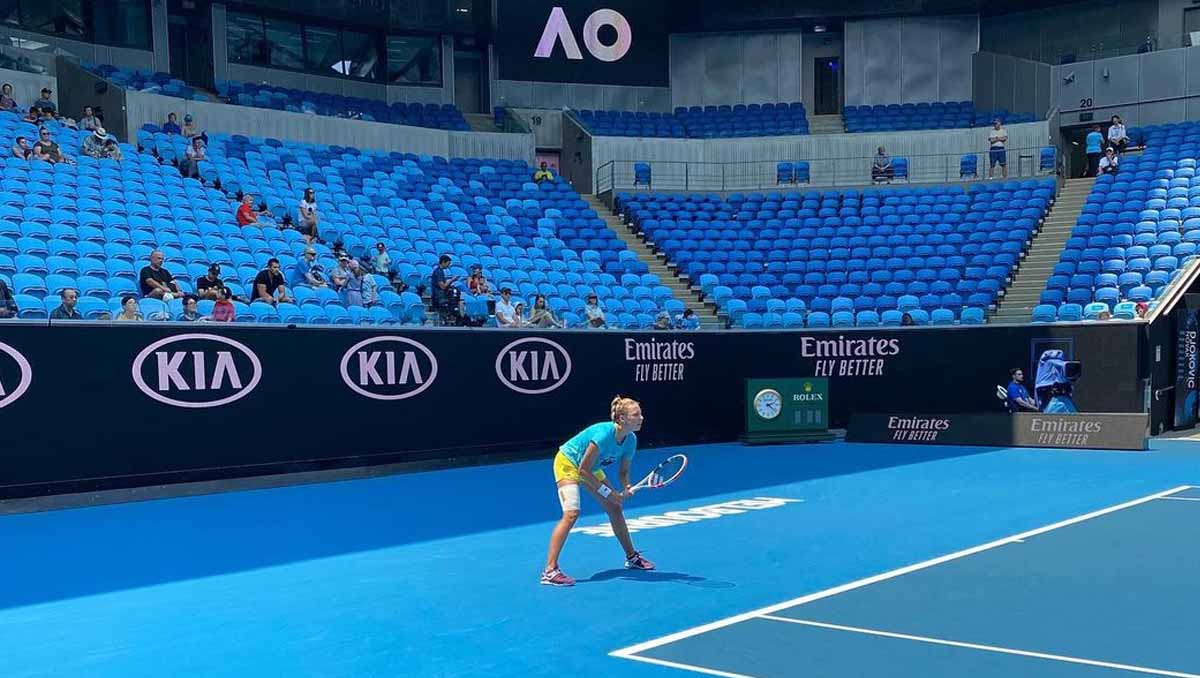 “I think the biggest thing is that I’ve really started to enjoy even the tough times,” she told wtatennis.com. “Even the close matches, the tough scores, I feel like I’m looking at it as a challenge. That’s what I’m most happy about because I don’t remember enjoying playing tennis this much for a while.”

Reflecting on her surge up the rankings after having consistently stayed in the top 50 over the last few years, Kontaveit felt her success was due to a range of factors. 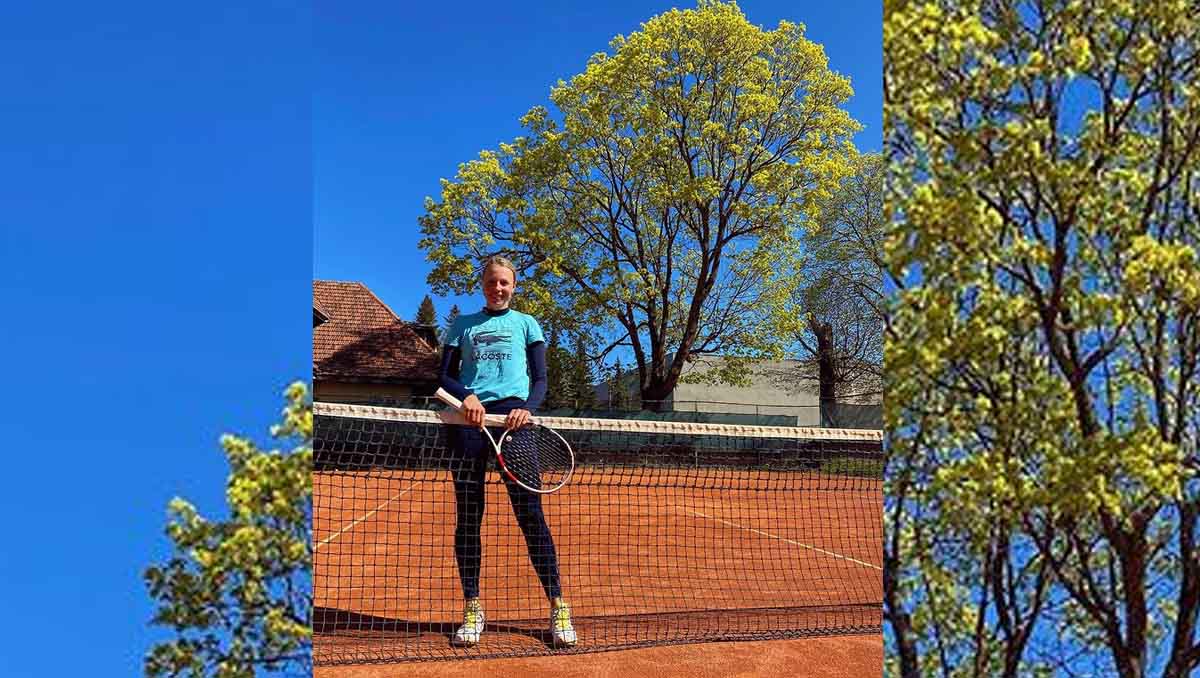 “But I always have this thing where I always want to do better than what I’m doing. At some point I was thinking, “OK, maybe I’m just not meant to beat them or something.” This demotivating thought went into my head.

“Now I feel like I really got out of this negative thinking which can creep up sometimes. I think it does for everyone but I just had to snap out of it quicker.”

Her success continued in the latter stages of 2021. She was handed a wildcard for the 2021 Kremlin Cup in Moscow and continued her impressive form with victories over the likes of Garbine Muguruza and Andrea Petkovic to reach the final. In the final, she beat Ekaterina Alexandrova in three sets to claim her third title of the year and fourth in total.

Her win in Russia made her only the sixth woman since 1990 to win 20 or more consecutive WTA matches on indoor courts. The victory also moved her up to a career-high ranking of six in the world.

Away from the court, Kontaveit enjoys going shopping, watching movies and seeing friends. 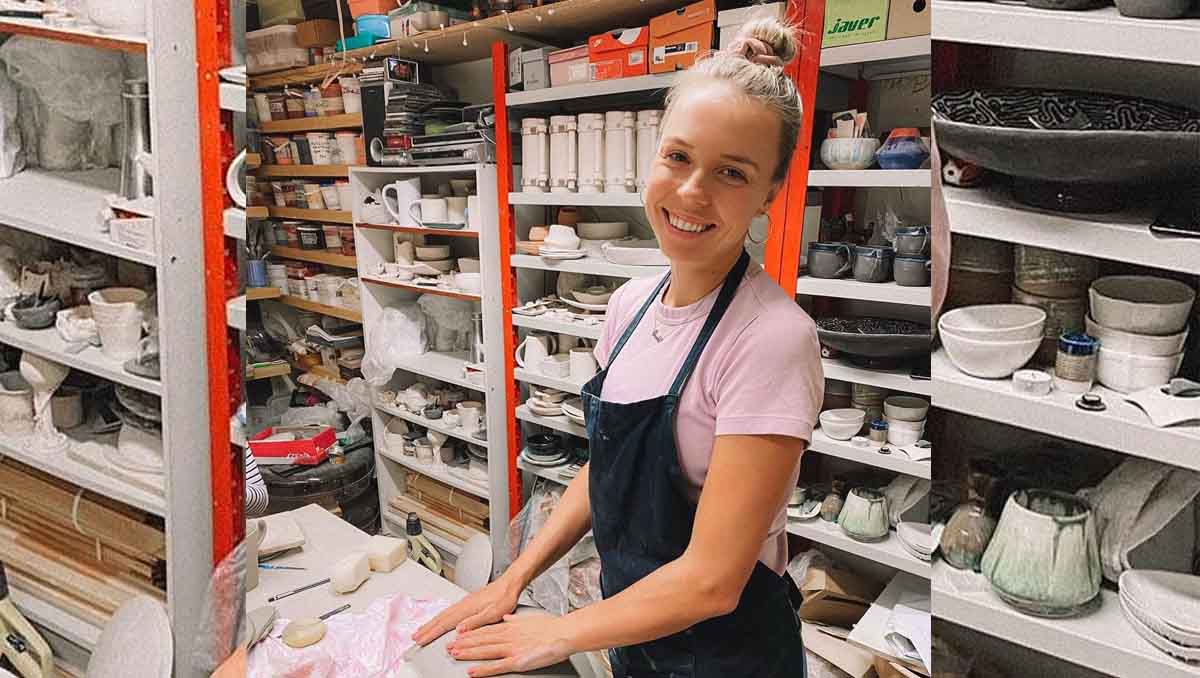 She also enjoys pottery, and shared a photo of herself making pottery in November 2020 on her Instagram account.

She also enjoys visiting galleries and was pictured at The Art Institute of Chicago in October 2021. 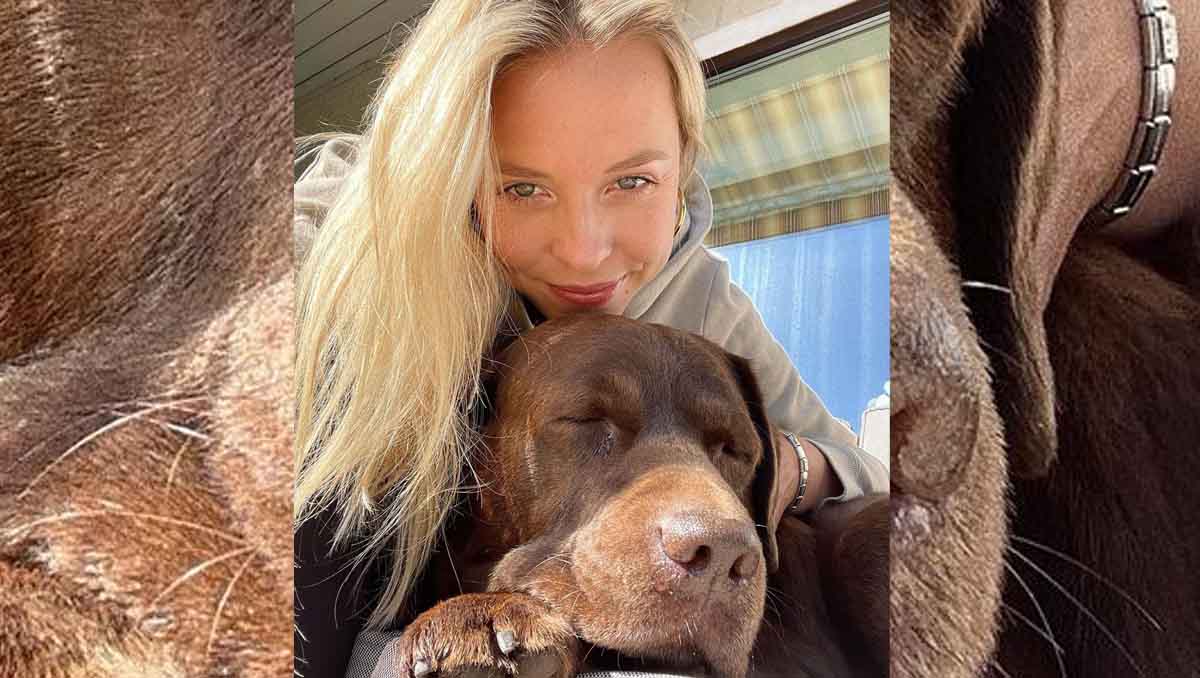 Her parents live just outside Tallinn with her dog Milo. “I can’t imagine not having a dog when I’m not playing tennis,” she said of Milo in 2019. “I miss him when I’m away and always look forward to getting home and seeing him again.”