By The Sport Review
Updated on Monday 8 August 2022 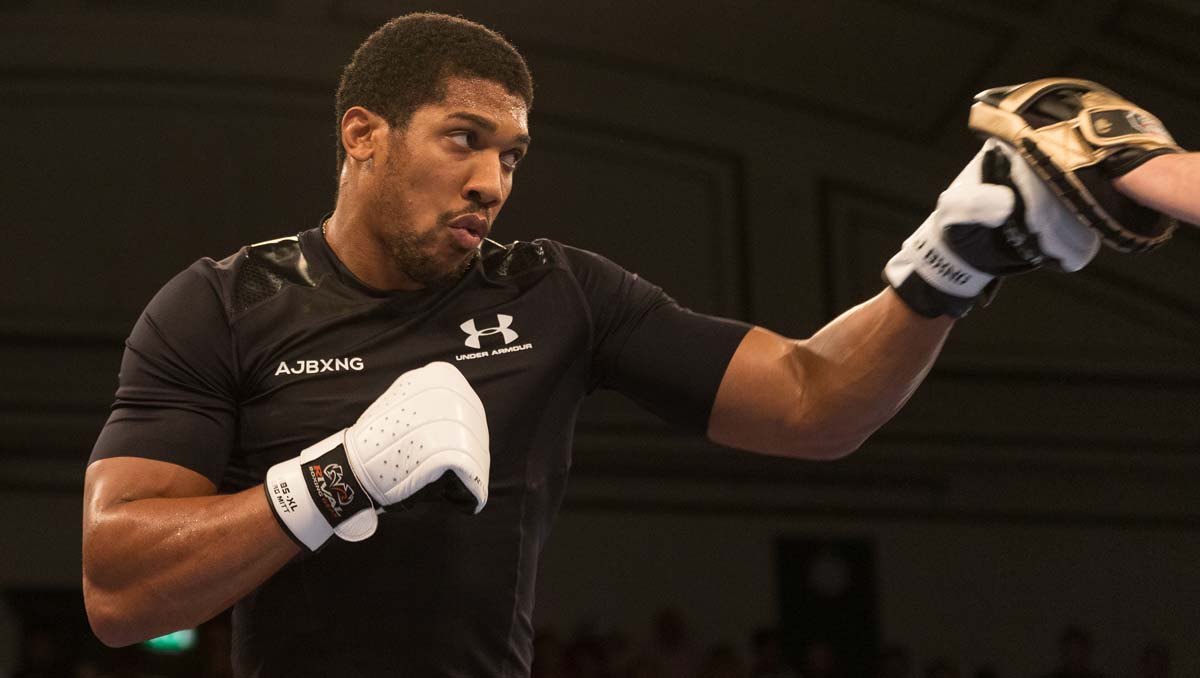 Anthony Joshua is a British boxer. He is an Olympic gold medallist and a two-time former unified world heavyweight champion.

Joshua turned professional in 2013. He became the British and Commonwealth heavyweight champion when he beat Scottish boxer Gary Cornish in 2015.

The British boxer then beat Dominic Breazeale in a seventh-round knockout win at The O2 Arena before Joshua defended his IBF title with a fourth-round win against Eric Molina.

He won the senior ABA Championships in 2010 and 2011 before he earned a call-up to the Great Britain boxing team. He lifted the GB Amateur Boxing Championships title after beating Amin Isa.

His preparation for the London 2012 Olympics went well, as he claimed a silver medal at the 2011 World Amateur Boxing Championships. 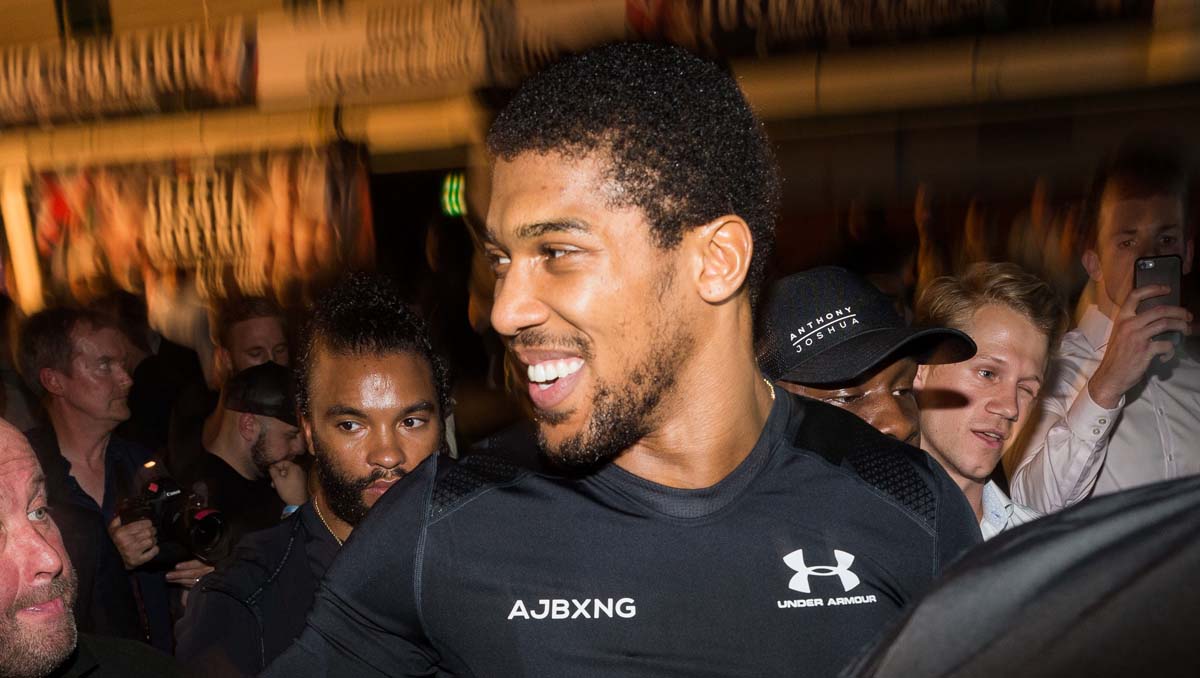 At the London 2012 Olympics, Joshua battled past Cuban boxer and world No4 Erislandy Savon 17-16 in the round of 16.

With a bronze medal in the bag, Joshua edged past Kazakhstan boxer Ivan Dychko 13-12 to secure at least a silver medal on home soil.

Anthony was then pitted against reigning Olympic champion Roberto Cammarelle in the final. The Italian boxer ran Joshua close with the scores level at 18-18 at the end of the bout. However, Joshua won the gold medal thanks to a count back.

Joshua got his hands on the British and Commonwealth title in 2015.

The Brit knocked out Scottish boxer Gary Cornish inside 97 seconds at The O2 to win the vacant British and Commonwealth heavyweight title. 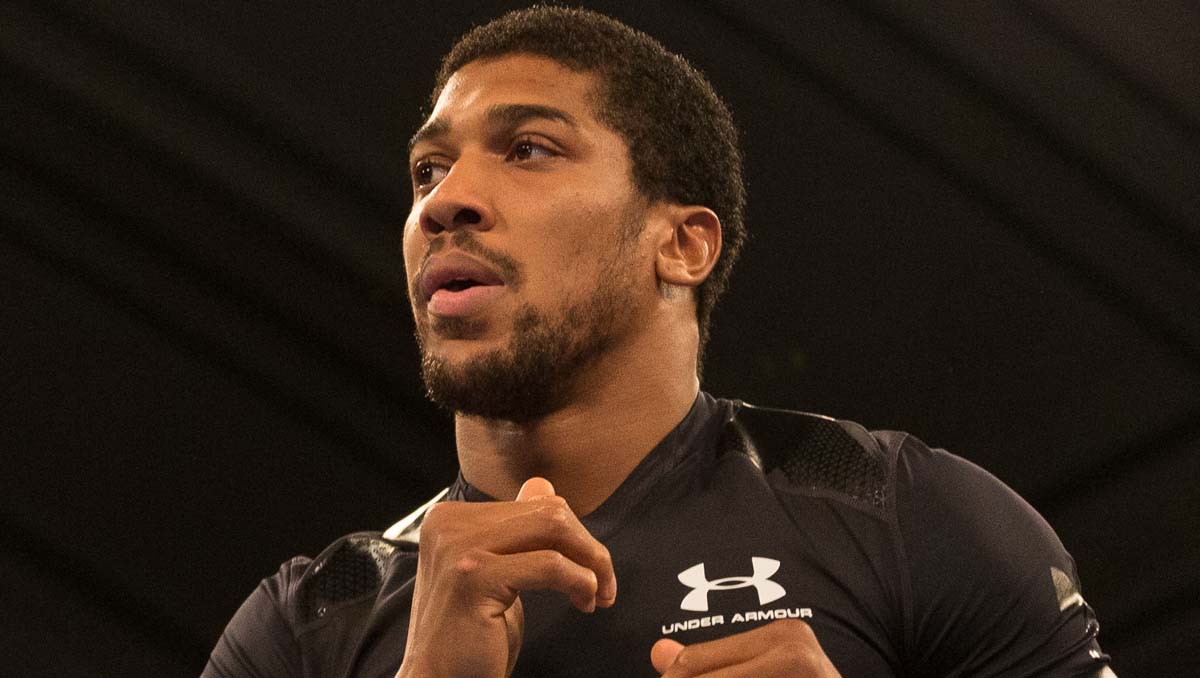 The Olympic champion knocked out Whyte in the seventh round after a slow start. He reportedly pocketed £3m for the fight at The 02. 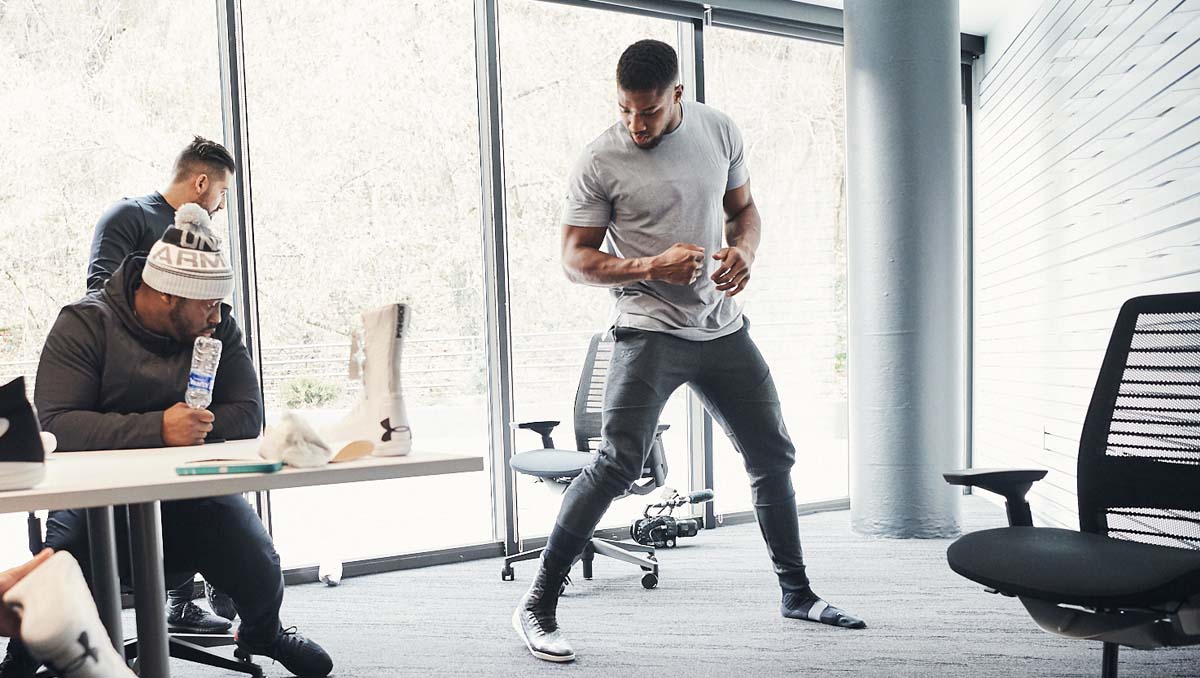 With a title to defend, his promoter Eddie Hearn set about finding a worthy opponent for Joshua.

American boxer Dominic Breazeale was chosen to fight Joshua in his first defence of his world title. Joshua successfully retained his belt with a seventh-round technical knockout win at The O2 in June 2016.

The Olympic gold medalist was then pitted against another American, Eric Molina, at the Manchester Arena in November 2016. Joshua put Molina on the canvas in the third round but the Texan boxer was soon stopped by the referee.

Anthony then finally got to face Ukraine’s decorated boxer Wladimir Klitschko on 29 April 2017.

Wladimir had famously beaten David Haye in their world heavyweight title bout in 2011.

The British boxer had no trouble helping to sell all the tickets for the event at Wembley. Reports suggested Joshua was set to pocket £15m from the bout.

With Joshua ailing, Wladimir looked to capitalise on his dominance in the sixth round and managed to knock down the British boxer.

With both boxers running out of steam, Anthony rallied in round 11 to send the veteran boxer to the canvas. Klitschko was in big trouble when he was knocked down for the second time in the penultimate round.

The fight set a British record with 1.2 million pay per views. In the United States, the world title fight was reported to have attracted 679,000 viewers. 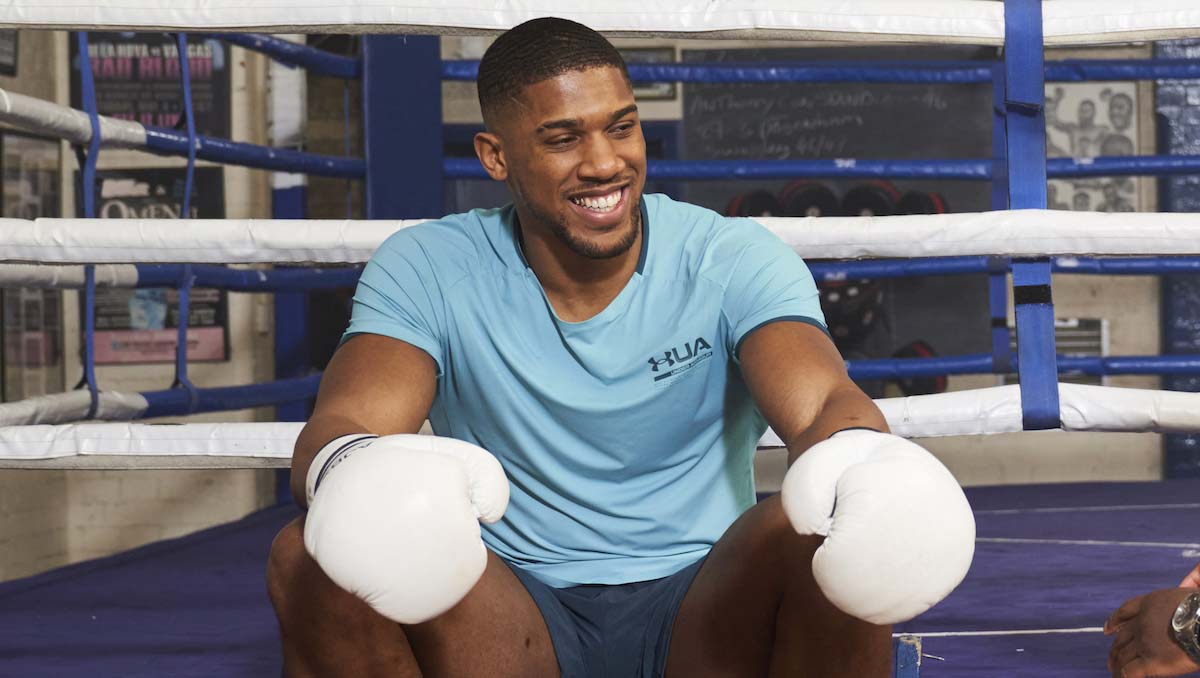 World number three Carlos Takam was drafted in 12 days before the fight at the Millennium Stadium. Anthony retained his world title thanks to a tenth-round stoppage. 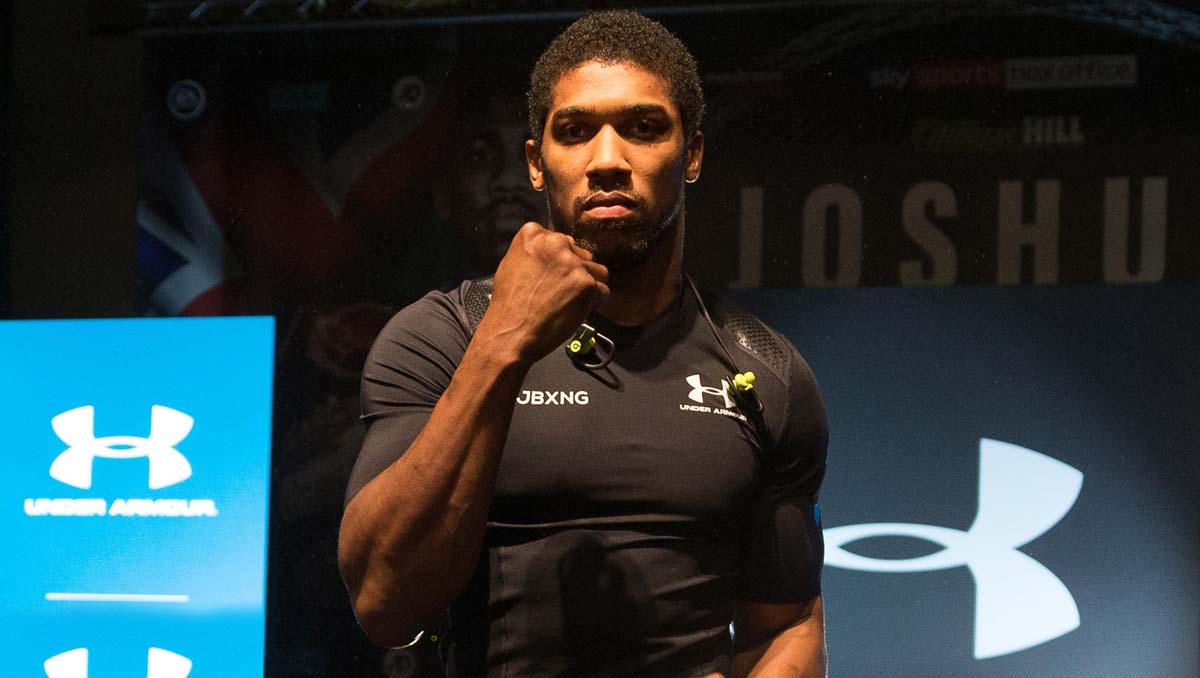 Anthony Joshua has emerged triumphant in 24 of his 26 professional bouts.

Joshua was born in Watford, Hertfordshire, to a Nigerian mother, Yeta, and father, Robert, who is of Nigerian and Irish ancestry. His cousin, Ben Ileyemi, is also a professional boxer. 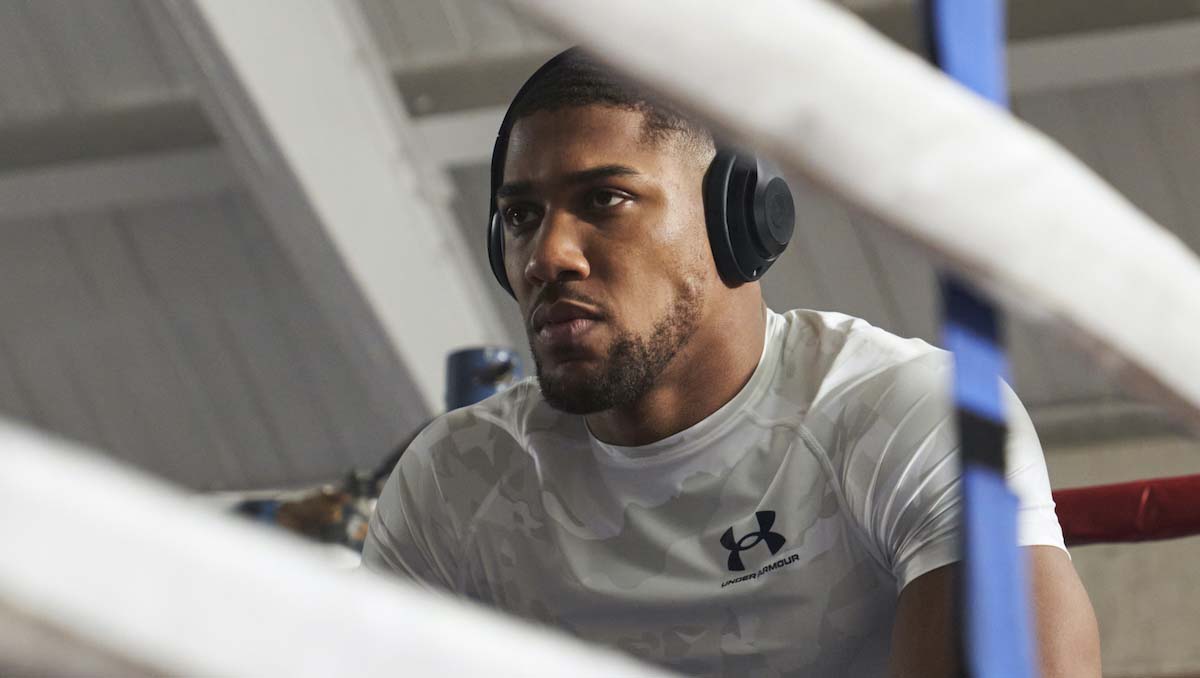 Joshua likes to keep his personal life largely private and instead focus on his professional boxing career.

Speaking about his dating life back in September 2017, Joshua said in an interview with the Evening Standard: “If people can ride with me for the next 10 to 12 years I would really appreciate it, but if they can’t foresee the future I’d rather they jump off the boat because I can’t stop for no one right now.

“I was speaking to my coach, who worked with [British former world champion] Carl Froch who had a 12-year career. One day it does finish and now he has all the time in the world to think about business, family. Not everyone likes the decisions I make but I’ve got to make my own decisions. Decisions I make impact others.”

Although there is no official figure for Anthony Joshua’s net worth, The Daily Mirror estimated that the boxer was worth around £115m ($139.3m) in April 2022.

In 2020, Forbes estimated that Joshua earned a total of $47m in that year. Of that figure, $36m is said to have come from salary and winnings, while the remaining $11m reportedly came from endorsements and sponsorships.