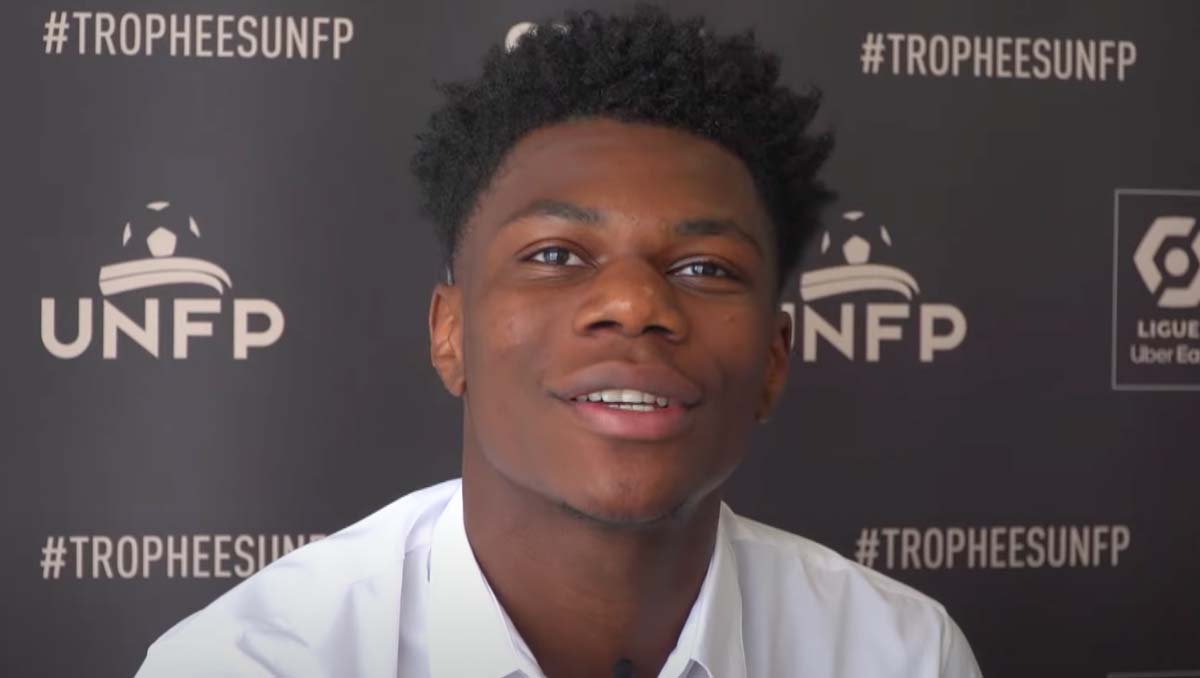 Aurelien Tchouameni is a French footballer who plays as a midfielder for AS Monaco.

The 22-year-old was born in Rouen, France and began his youth career at SJ D’Artigues before joining Bordeaux in 2011.

After rising through the ranks in impressive fashion at Bordeaux, Tchouameni was promoted to the first team and made his debut for the French club in 2018.

In January 2020, he earned a transfer to Ligue 1 side AS Monaco, signing a four-and-a-half year deal with the club.

Of Cameroonian descent, Tchouameni has represented France at multiple youth levels, from Under-16 to Under-21. He made his senior debut for the French national team in September 2021.

So, what do we know about Tchouameni’s journey to becoming the talented midfielder he is today? This is his story.

Aurelien Tchouameni (full name: Aurelien Djani Tchouameni) was born on 27 January 2000 in Rouen, France. His family is of Cameroonian descent.

At school, Aurelien admits that he was something of a “talkative” student. He explained: “I would say [I was] talkative, very, very, very talkative [at school]. When I was little, I liked to talk too much with my schoolmates. Over the years, I managed to gain maturity with that. But frankly, I was a serious talker. All the time the teachers confused me and said to me: ‘Oh Aurelien, shut up!’. I think that was really my fault, the talkativeness.” 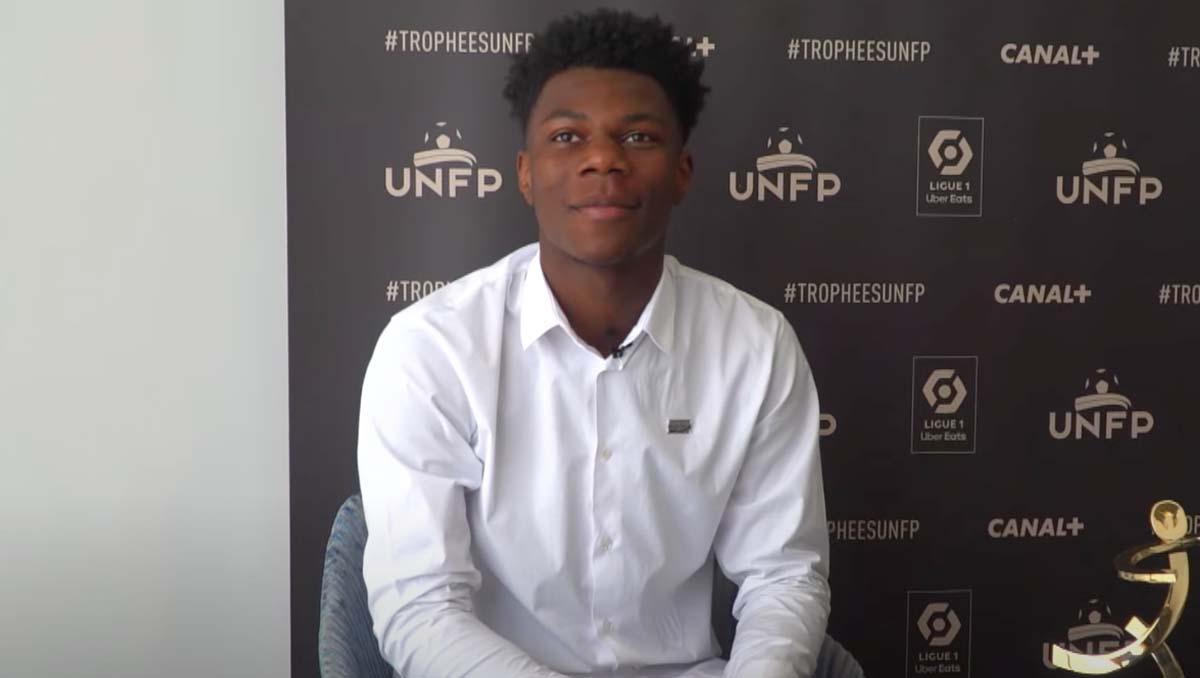 Tchouameni has revealed that he was inspired to play football by his father, who also used to play the sport. “I followed him a lot when I was little,” says Tchouameni. “I was my dad’s first fan.”

Tchouameni joined a local club named SJ D’Artigues when he was five or six years old, where he continued to develop his game, before a move to the youth set-up at Bordeaux beckoned in 2011.

It was then that the dream of pursuing a career in professional football started to look more like a reality.

“I started at five or six years old in a club located in the Bordeaux suburbs,” he explains. “The more I grew, the more I realised that I could do something in football. And that’s really where I started to take it seriously. When I joined Bordeaux, I really said to myself: ‘This is what I want to do’.”

After coming through the youth set-up at Bordeaux, Tchouameni eventually made his first-team debut for the French club on 26 July 2018, when he started a 1-0 Europa League win away to Latvian side FK Ventspils.

Tchouameni scored the first goal of his senior club career on 9 August 2018, netting in a 3-1 victory over Mariupol in the Europa League.

As a youth player, Tchouameni was mainly deployed as a striker, but he was switched to a deeper midfield role during his time with Bordeaux.

Of his switch from a forward to a midfielder, Tchouameni said in 2018: “It’s fine, and I’ve still managed to score goals. It was another role. I didn’t touch the ball anymore [up front], so it was a blessing in disguise.”

Tchouameni scored one goal in 19 games for Bordeaux in the 2018-19 season, and followed that up with a further 18 appearances in the first half of the 2019-20 campaign.

His impressive performances in Ligue 1 had caught the eye of a fellow French club, and Tchouameni was on the move in the 2020 January transfer window.

He left Bordeaux after having scored one goal and made one assist in 37 games in all competitions for the French club across one-and-a-half seasons. 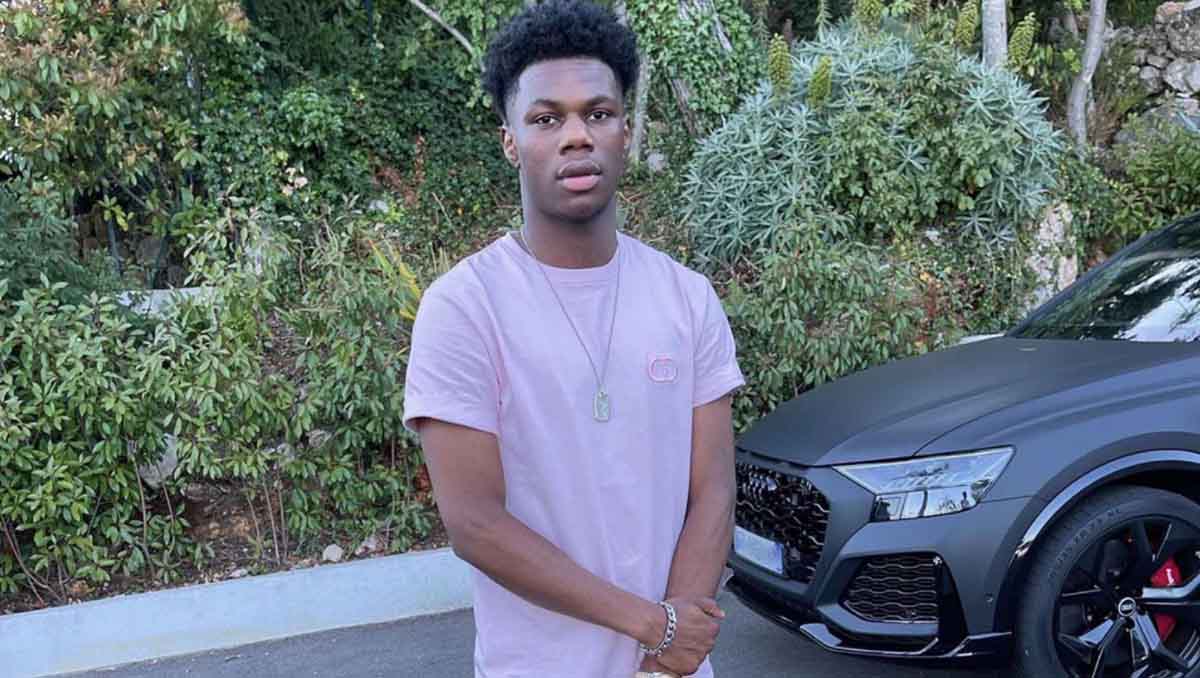 AS Monaco announced the signing of Tchouameni from Bordeaux on 29 January 2020, with the midfielder signing a four-and-a-half year contract until June 2024. The transfer fee was reported to be around £16m at the time.

Tchouameni could not hide his delight at having signed for Monaco, saying at the time: “I am very happy to join AS Monaco, a big club in the French championship. I can’t wait to meet the staff and my new team-mates. I will do everything to get my bearings as quickly as possible and help the team reach its goals.”

Explaining Monaco’s decision to sign the French midfielder, AS Monaco vice-president and director general Oleg Petrov revealed that the club had been keeping tabs on his progress at Bordeaux for some time before the transfer was completed.

“He’s a player we’ve been following for a long time and who has shown a lot of quality playing for Bordeaux,” said Petrov as Tchouameni was unveiled as a Monaco player. “His signing is part of our sporting strategy for signing players with high potential.”

Tchouameni made his first-team debut for AS Monaco on 1 February 2020 when he featured as a substitute in a 3-1 defeat by Nimes Olympique in Ligue 1.

In the 2020-21 season, Tchouameni continued to impress and scored three goals in 42 games in all competitions. 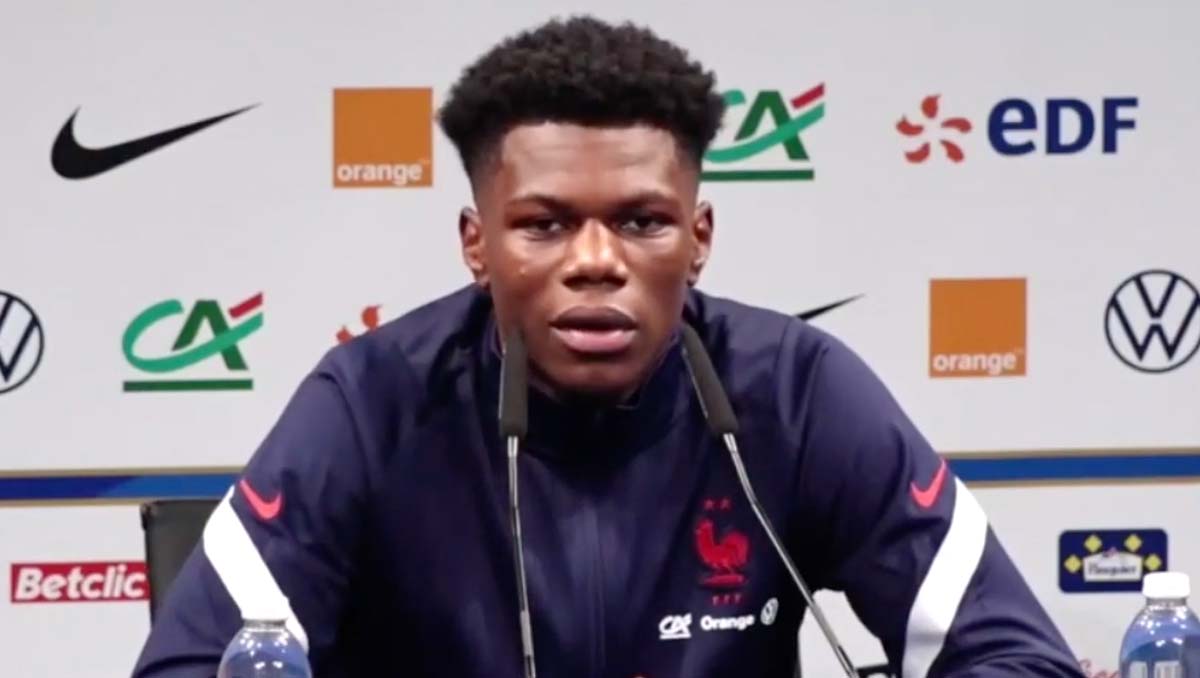 Despite being of Cameroonian descent, Tchouameni has opted to represent France, the country in which he was born, at international level.

He featured in many of the country’s youth teams, all the way from Under-16 level to the Under-21s.

Tchouameni made his first senior international appearance for France on 1 September 2021, when he came on as a substitute in a 1-1 draw in a World Cup qualifier against Bosnia and Herzegovina.

Tchouameni revealed that he felt enormous pride when he signed his first professional contract with Bordeaux. However, there was not much time to celebrate as he was in action for his club the next day.

“I was coming out of class and my father called me to tell me: ‘We have reached an agreement, you have to come and sign’. So, I came home from class, I got changed in five minutes, I got a good haircut quickly even if I didn’t have too much time, I went and I signed.

“In the evening, we went to a restaurant quickly. The next day we had a match so it allowed me to quickly move on, to not be too euphoric.”

France manager Didier Deschamps, speaking after Tchouameni impressed in a World Cup qualifier against Ukraine in September 2021: “I picked him because I thought he had the potential to be there. He has confirmed that to be the case on his debut and then on his first start. There are quite a lot of new players. They should use Aurelien as an example and perform the way he did.”

Asked about Tchouameni’s performance in the same match against Ukraine, French midfielder Paul Pogba said: “Very, very good. He’s not a boy, he’s a man. It’s a pleasure to play next to him. He brings a lot of energy. A lot of energy, extraordinary technical and physical quality. We wish him to play a lot more games and that I am always by his side.”

His Monaco team-mate Cesc Fabregas, asked about Tchouameni’s potential in the summer of 2021: “He has the potential to be the complete midfielder. Modern midfield player.”