By The Sport Review
Updated on Wednesday 25 May 2022

Bianca Andreescu is a Canadian tennis player. She won her first grand slam title at the 2019 US Open when she was 19 years old.

Bianca was born in Mississauga, Ontario, Canada, but moved to her parents’ native homeland of Romania when she was a child, and started playing tennis when she was around seven years old.

She returned to Canada when she was 11 and turned pro in 2017. She made impressively swift progress on the WTA Tour and won her first WTA singles title at Indian Wells in 2019.

Andreescu then followed that triumph up by winning the 2019 US Open when she was just 19 years old, beating Serena Williams in the final at Flushing Meadows.

Bianca struggled with a knee injury in the wake of her US Open triumph but made her return to the tour in early 2022.

So, what do we know about Bianca’s journey to becoming the talented tennis player she is today? This is her story.

Bianca’s parents – father Nicu and mother Maria – are Romanian. Bianca was born in Canada but moved back to Romania with her family in 2006. It was in Romania that Bianca started playing tennis when she was around seven years old.

Bianca and her family returned to Canada a few years later and she started playing tennis at the Ontario Racquet Club in Mississauga before moving to the U14 National Training Centre in Toronto operated by Tennis Canada.

Before deciding to focus on tennis, Bianca tried a number of other sports, including soccer, skating, swimming, and gymnastics. 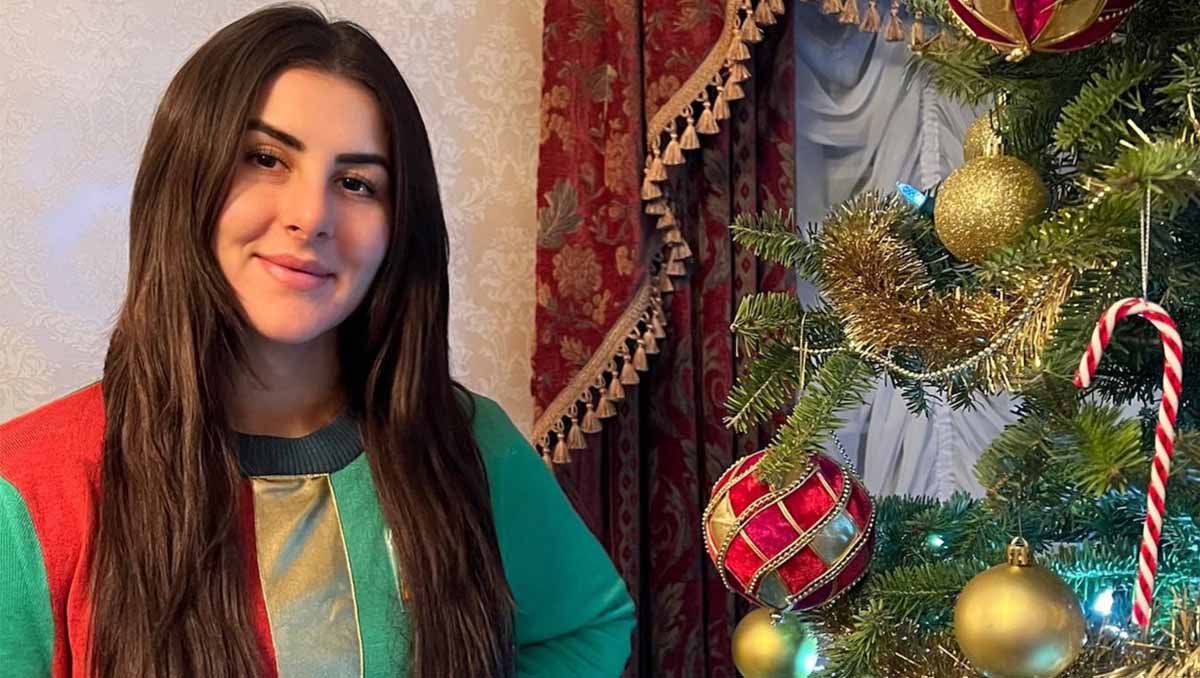 Andreescu has revealed that she looks up to Simona Halep as one of her tennis idols. “My favourite player at the moment would be Simona Halep,” she said. “I like her because many people say I have a similar game style, and I love the determination she plays with. I want to model my game after her.”

Bianca enjoyed an impressive junior career and peaked at number three in the world in the junior rankings.

She turned professional in 2017 and made her grand slam main draw debut at Wimbledon that year, coming through qualifying before losing to Kristina Kucova in the first round at SW19.

Soon after Wimbledon, Bianca was handed a wildcard for the main draw of the 2017 Washington Open, where she defeated Italy’s Camila Giorgi to claim her first WTA Tour level victory.

She then beat Kristina Mladenovic to reach the quarter-finals in Washington, where she eventually lost to Germany’s Andrea Petkovic in three sets. 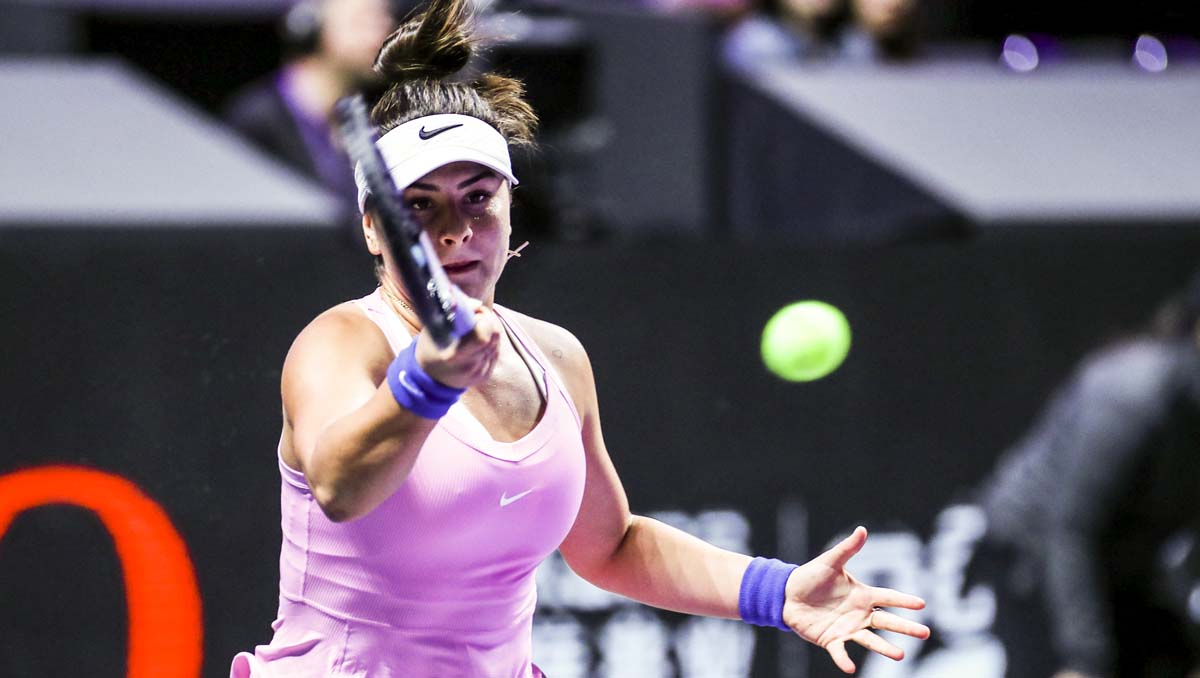 Bianca continued to make steady progress on the WTA Tour and 2019 ended up being her breakthrough year.

She began 2019 by reaching the second round of a grand slam for the first time in her career at the Australian Open. After coming through qualifying in Melbourne, she beat Whitney Osuigwe in round one before losing to Anastasija Sevastova in the second round.

Bianca then reached the semi-finals of the Mexican Open in Acapulco, where she lost to Sofia Kenin.

She then claimed her first WTA title at 2019 Indian Wells after having been handed a wildcard for the tournament. After beating the likes of Garbine Muguruza and Elina Svitolina to reach the final, she then defeated Angelique Kerber in three sets in the showpiece to claim the trophy.

Speaking after her 6-4 3-6 6-4 victory over Kerber in the final, and after becoming the first wildcard to win the title at Indian Wells, Andreescu said: “It’s crazy. Crazy is the word of the tournament for me. Just crazy. If you believe in yourself, anything is possible. The next is a Grand Slam. Let’s see where this can take me.”

The triumph at Indian Wells lifted her up to number 24 in the world rankings.

Bianca reached the second round of the 2019 French Open, where she lost to Sofia Kenin. At the 2019 Canadian Open in Toronto, Bianca won her second WTA title, beating Serena Williams in the final after the American retired from the match due to a back injury.

“I’m speechless right now. I’m the first Canadian to make the final and win this tournament since 1969,” said Andreescu after the match. “This week has not been easy, I’ve had many many tough matches, and especially what I’ve been through the last two months hasn’t been easy. I kept telling myself never give up.”

Andreescu made history when she became the first the Canadian tennis player to win a grand slam singles title at the US Open in 2019.

After having beaten the likes of Caroline Wozniacki, Elise Mertens and Belinda Bencic to reach the final, she ended up defeating home favourite Serena Williams in straight sets 6-3 7-5 in the final.

Aged 19 at the time, Bianca became the first teenager to win a Grand Slam since Maria Sharapova claimed the 2006 title at Flushing Meadows. 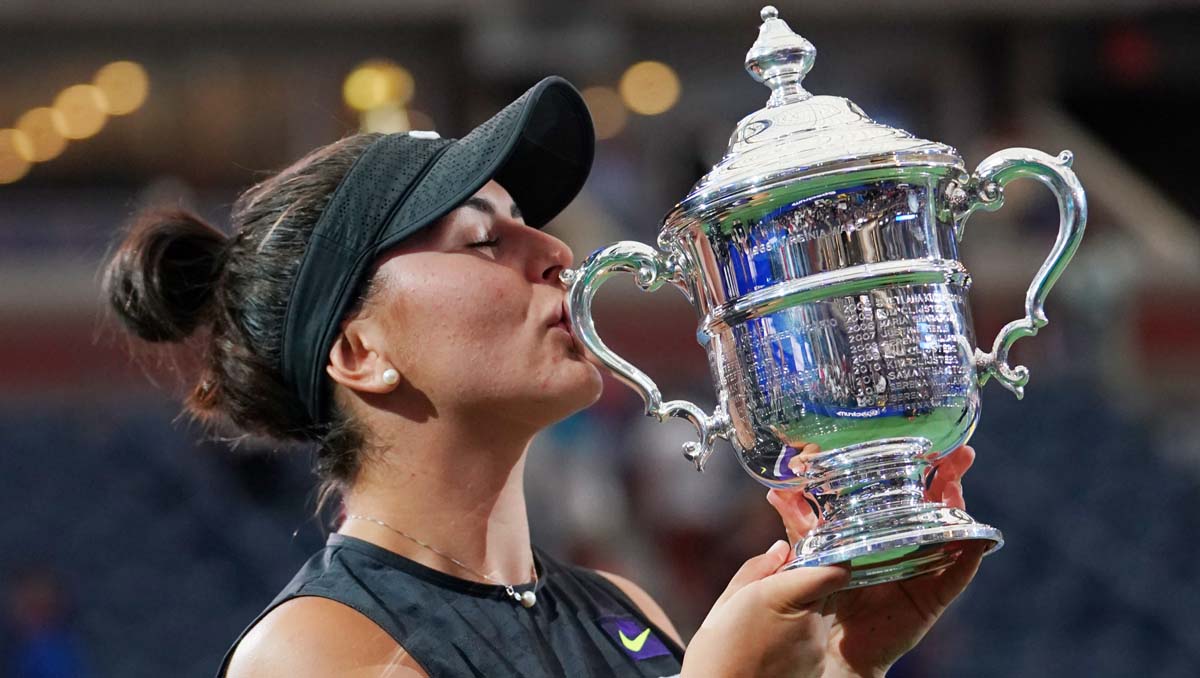 “This year has been a dream come true,” Andreescu told the crowd after the match. “I am beyond grateful and truly blessed. I’ve worked really hard for this moment. To play on this stage against Serena – a true legend of the sport – is amazing.

“I definitely had to overcome the crowd. I knew you guys wanted Serena to win. Obviously it was expected for Serena to fight back, but I tried my best to block everything out. I’m glad how I managed to do that.”

Andreescu missed the first few months of 2020 due to a knee injury, before the tennis tour was disrupted by the Covid-19 pandemic.

She ended up not playing any matches at all in 2020 after having had to retire from her match at the 2019 WTA Finals against Karolina Pliskova due to injury.

Andreescu played her first match since the end of 2019 at the 2021 Australian Open, where she beat Mihaela Buzarnescu in the first round before falling to Su-Wei Hsieh in round two.

She reached the final of the 2021 Miami Open, where she lost to Ashleigh Barty in the final, with Andreescu having had to retire when she was 3–6 0–4 down.

Bianca made her first appearance of the 2022 season at the WTA 500 event in Stuttgart, where she lost in the second round to Aryna Sabalenka.

At the WTA 1000 event in Rome in May 2022, Bianca beat fellow US Open teenage champions Emma Raducanu en route to reaching the quarter-finals, where she lost to Poland’s Iga Swiatek. 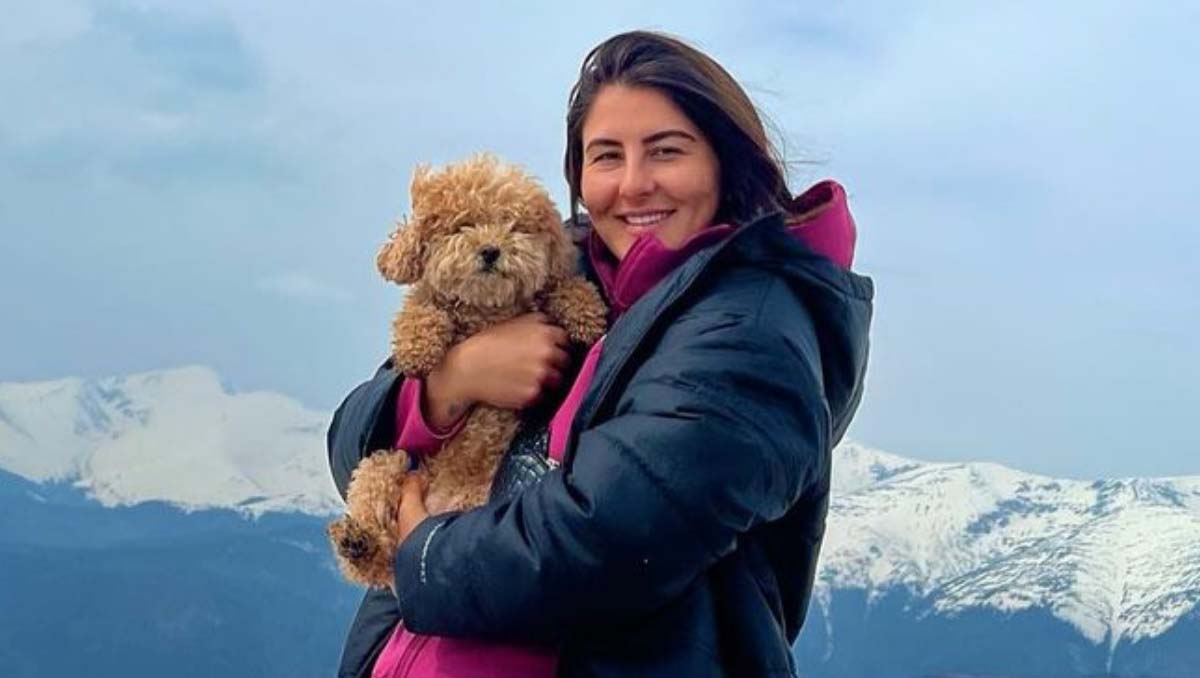 Bianca credits meditation for much of her success on the court, having been introduced to the practice by her mother.

“My mom introduced me to [meditation] when I was really young,” Andreescu said. “I was maybe about 12. Ever since then I have been meditating and I do a lot of yoga.”

Away from tennis, Bianca enjoys music and says hip-hop and rap are her favorite genres. Her favorite sports team is the NBA’s Toronto Raptors, and she also enjoys fashion and beauty.

Serena Williams, speaking after losing the 2019 US Open final to Andreescu: “Bianca played an unbelievable match. I’m so proud and happy for you, it was incredible tennis out there. If anyone could win this, outside of [sister] Venus, I’m happy it’s Bianca.”