By The Sport Review
Updated on Tuesday 25 January 2022

Callum Hudson-Odoi is an English footballer who plays as a winger for Chelsea FC.

The 21-year-old winger was born in London and began his youth career with Chelsea FC, progressing through the ranks and eventually earning a spot in the first team.

Hudson-Odoi then made his Chelsea FC first-team debut in January 2018 as he continued to impress for the south west London side.

The winger has represented England at multiple youth levels and made his senior international debut for the Three Lions in 2019.

Hudson-Odoi helped Chelsea FC to win the Champions League trophy under Thomas Tuchel in the 2020-21 season.

So, what do we know about Hudson-Odoi’s journey to becoming the impressive footballer he is today? This is his story.

Callum Hudson-Odoi (full name: Callum James Hudson-Odoi) was born on 7 November 2000 in London, England. He is the son of Bismark Odoi, who played top-division football in Ghana before moving to England. Callum has an older brother named Bradley Hudson-Odoi.

He attended Whitgift School in Croydon, with former Chelsea FC star Victor Moses among the other footballers who were educated there.

“His basic level of talent was exceptional but he is also such a good lad,” explains Alistair Osborne, who served 14 years as Whitgift School’s director of sport.

“He is somebody who has a permanent smile on his face. There are people who give off energy that makes the people around them better and Callum is very fortunate to have that quality.” 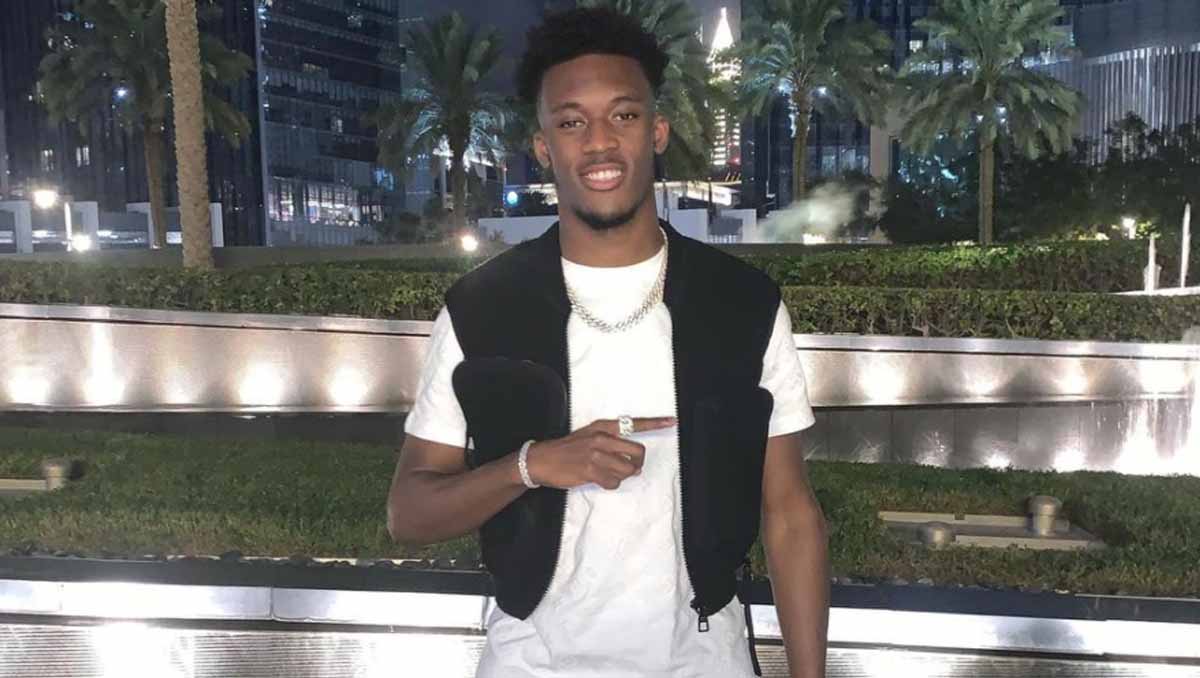 Hudson-Odoi joined Chelsea FC’s youth set-up in 2007 and made his Under-18s debut for the Blues in August 2016. He scored eight goals in 25 appearances that season, helping the Under-18s to win the FA Youth Cup.

It wasn’t long before the first team beckoned for Hudson-Odoi at Stamford Bridge.

Hudson-Odoi’s impressive performances in the club’s youth teams had caught the eye of then Blues boss Antonio Conte, who included the winger in a matchday squad for a League Cup tie against Bournemouth in December 2017, although he did not feature.

Hudson-Odoi made his first-team debut for Chelsea FC on 28 January 2018, when he came on as a late substitute for Pedro Rodriguez in a 3-0 FA Cup fourth-round win over Newcastle United at Stamford Bridge.

He then went on to make his Premier League debut for Chelsea FC on 31 January 2018, when he came on as a second-half substitute in a 3-0 defeat by Bournemouth at Stamford Bridge.

Chelsea FC sacked Conte and replaced him with fellow Italian Maurizio Sarri in the summer of 2018. Hudson-Odoi continued to make progress under Sarri and was handed the number 20 shirt for the 2018-19 campaign.

In January 2019, Bayern Munich were widely reported to have made a number of bids to sign Hudson-Odoi, but despite the winger handing in a transfer request, he ended up remaining at Chelsea FC, finishing the campaign with 10 Premier League appearances to his name.

The 2018-19 season ended in disappointing fashion for Hudson-Odoi, when he suffered a serious injury to his Achilles tendon and was ruled out for the rest of the campaign. 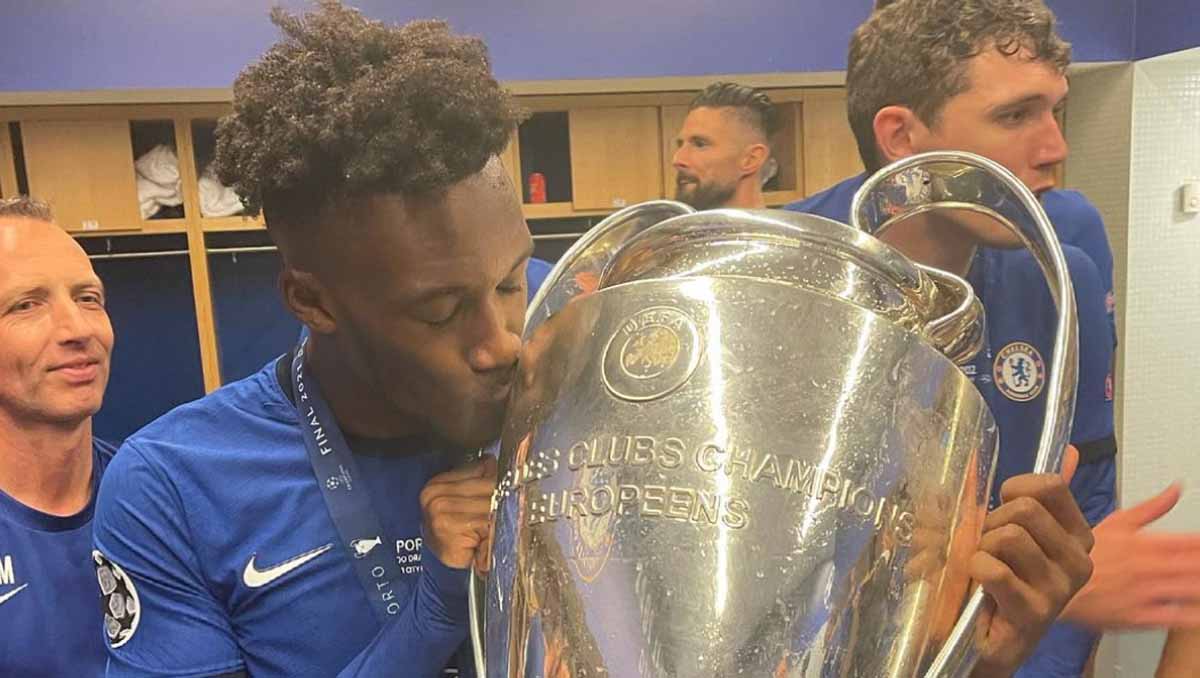 The Blues finished the 2018-19 campaign with some silverware, as they won the Europa League under Sarri. Hudson-Odoi scored four goals and made two assists in nine Europa League games that season.

Chelsea FC rejected fresh attempts from Bayern Munich to sign Hudson-Odoi in the summer of 2019, and after Frank Lampard was appointed as the club’s new manager that summer, he ended up penning a new contract with the Blues.

Hudson-Odoi signed a new five-year contract with the south west London side on 20 September 2019, bagging him a reported salary of around £120,000 per week.

“It’s been a long wait but it’s done now and I’m really happy about that,” Hudson-Odoi said at the time. “I’ve been a Chelsea player since I was eight and this is the right club for me to be at. I’m delighted everything has been agreed and now I’m just looking forward to properly getting back [from injury].”

“I have seen Callum come through and he’s a fantastic talent,” said Lampard. “He is going to be central for us on the pitch and that is the opportunity in front of him now.

“Callum can show, right here at Chelsea, the club he came through the Academy at, that he is going to be a world-class player because I truly believe that.”

Under Lampard, Hudson-Odoi scored his first ever Premier League goal for Chelsea FC on 11 January 2020, netting in a 3-0 home victory over Burnley.

He finished the 2019-20 season with one goal and five assists in 22 Premier League games for the south west London side.

In the 2020-21 season, Hudson-Odoi scored two goals in seven Champions League appearances to help the Blues win the prestigious European trophy under Thomas Tuchel, after the German head coach was brought in to replace Lampard in January 2021. Hudson-Odoi, however, was an unused substitute in the Champions League final against Manchester City. 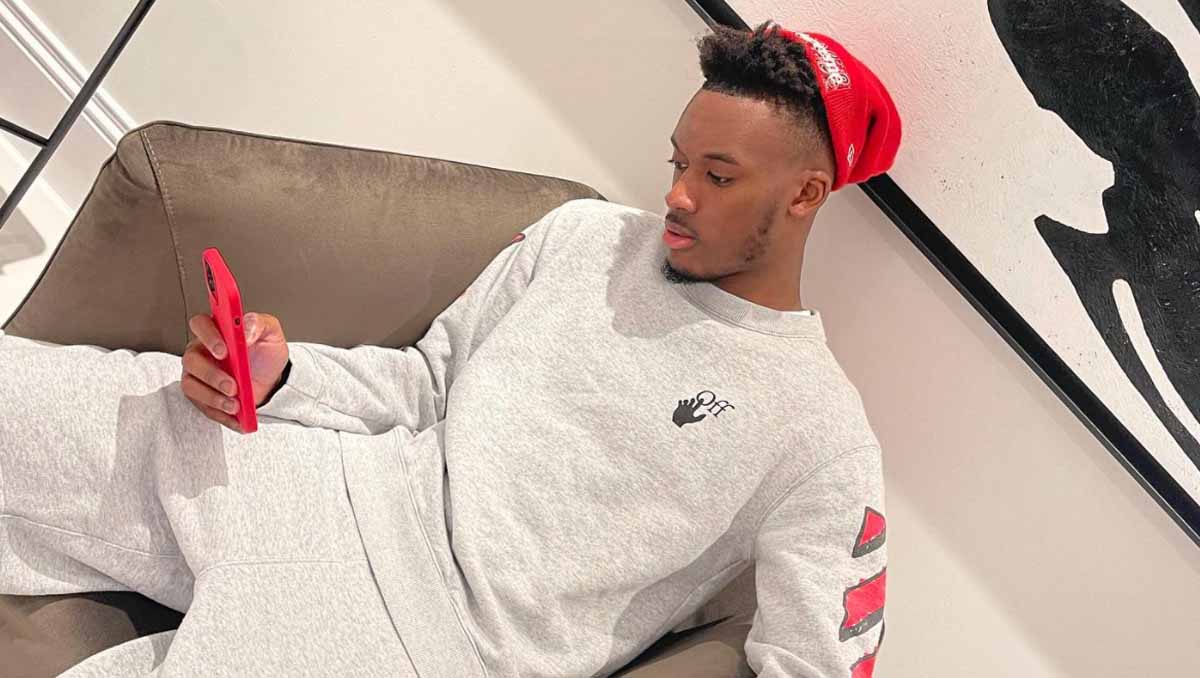 He made his senior debut for the England national team on 22 March 2019, when he came on as a substitute in a 5-0 victory over the Czech Republic at Wembley.

Hudson-Odoi admitted that it was a “shock” to him to receive his first call-up to the England senior team.

“It’s been a crazy experience but I’m delighted,” Hudson-Odoi said, who was training with the England Under-21s at the time. “I thought the manager was joking. I was shocked and then when I heard that I actually had to go over, I couldn’t believe it.

“I was delighted. It’s a dream come true. Now I’ve got to work hard, enjoy every moment and keep working to just hopefully make an impact when I get the opportunity.”

When he featured against the Czech Republic, Hudson-Odoi became the youngest-ever player to make his debut in a competitive match for England, aged 18 years and 135 days.

Hudson-Odoi appears to enjoy keeping his personal life out of the spotlight, as he focuses on producing his best form on the pitch for his club and country.

Former Manchester United defender Gary Neville, speaking about Hudson-Odoi’s potential back in April 2019: “Hudson-Odoi’s made a huge impression on me. He’s a huge talent. He can beat a player, go outside, he plays on the left and right, physically he’s got no problems.

“I think there would be uproar if he was allowed to leave Chelsea Football Club without being given a chance. This feels like a crossroads moment for Chelsea in terms of their belief in a young player.

“For me it’s about giving him the opportunity, and Chelsea have failed so many times at that over the last five or six years, where players have gone and thrived elsewhere. This is the moment for them to believe in their own.”

Thomas Tuchel on Hudson-Odoi’s performance during Chelsea FC’s 3-1 win over Aston Villa in December 2021: “I think he was brilliant. I was never frustrated with him today. He had one bad decision under pressure when he tried to do a back-heel in front of the coaching staff, maybe there was an easier solution to escape the pressure with an easy pass, there was a clear pass to N’Golo Kante. But I was never frustrated with him today.

“He was involved. He overcame some obstacles today and some adversity. There was a big game a very important game from him. Also we took a risk because he only just came back from Covid.”