By The Sport Review
Updated on Monday 25 April 2022 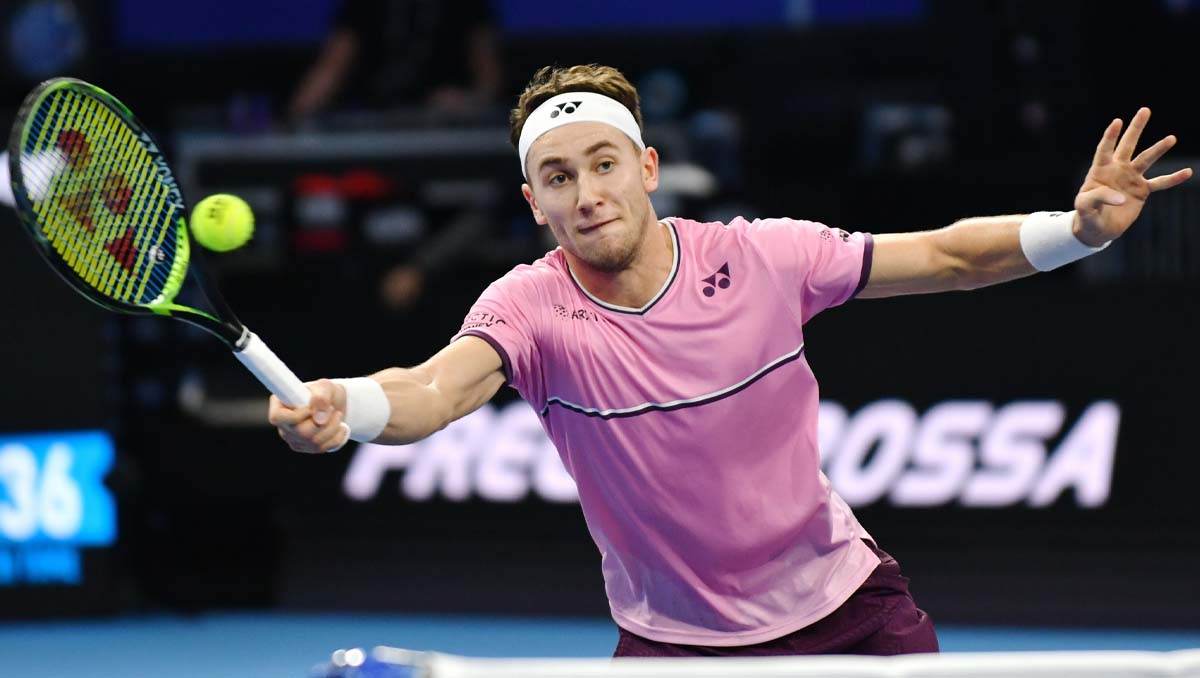 Casper Ruud is a Norwegian tennis player. He won his first ATP title at the Argentina Open in Buenos Aires in February 2020. In doing so, he became the first Norwegian player to win an ATP title.

Casper started playing tennis with his father when he was around four years old and looked up to Rafael Nadal as one of his tennis idols when he was younger.

He enjoyed a strong junior career and became the first Norwegian to be ranked as the world number one junior player.

Ruud made his ATP Tour debut in 2016 and enjoyed steady progress up the rankings, before winning his first ATP title at the Argentina Open in Buenos Aires in February 2020.

Prior to that breakthrough, Ruud had also qualified for the 2019 ATP Next Gen Finals.

More success soon followed for the talented Norwegian, and he enjoyed something of a breakthrough year in 2021, when he won five titles to boost his ranking significantly.

So, what do we know about Casper’s journey to becoming the talented tennis player he is today? This is his story.

Casper Ruud was born on 22 December 1998 in Oslo, Norway. His father, Christian Ruud, was a former professional tennis player who reached a career-high ranking of number 39 on the ATP Tour. His mother is named Lele Cathrine, and he has two sisters – Caroline and Charlotte.

Ruud began playing tennis with his father when he was around four years old, and would hit balls at a mini court at his home.

“My father obviously played before,” Ruud said in an interview in 2021. “We had a small mini tennis court in the back yard, and ever since I could walk, he took me there to get a feel of the ball and try to do some stuff, just for fun. I was about three, four, five years old.”

Ruud has revealed that he looked up to Rafael Nadal as one of his main tennis idols, and he made the Spaniard’s Academy in Mallorca his training base back in 2018.

Casper says that having practiced with Nadal has helped him to step his own game up and aim higher. 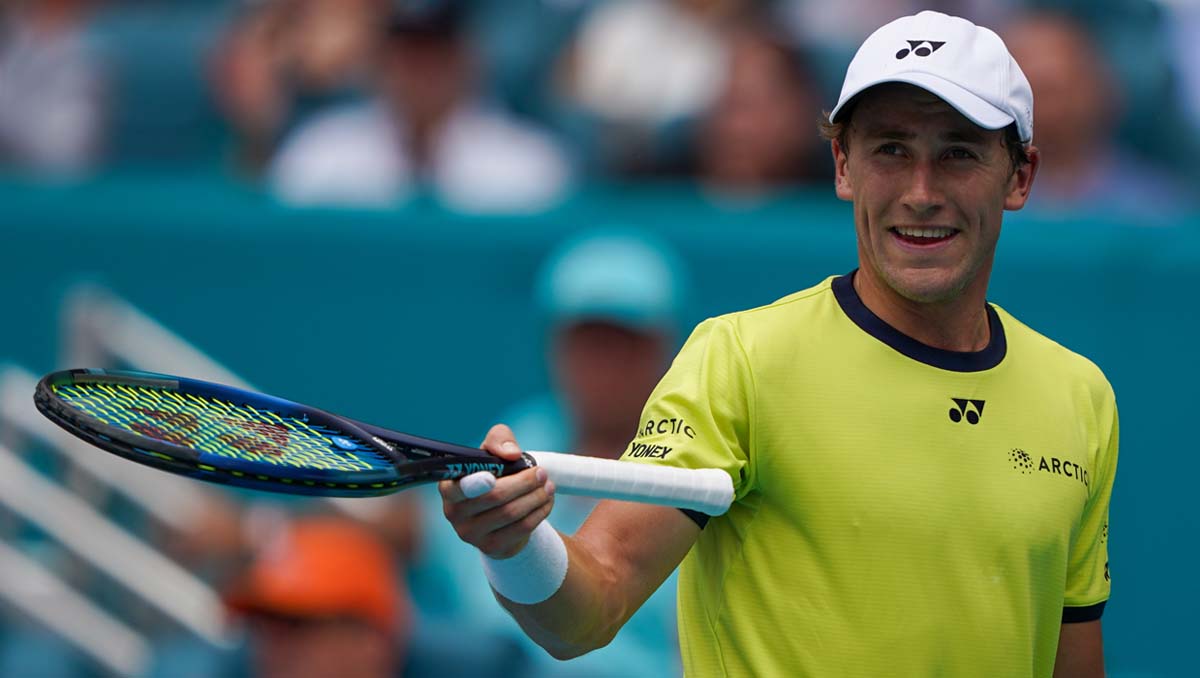 “He rips the ball so hard. He likes to play high-risk when he practises because it might be easier for him to slow down during a match if he needs to. That’s something which has been working for me as well. I’m trying to play a bit more loose during training, higher intensity, faster balls and working on things that you don’t dare to do in a match.

“When I practise with Rafa, he gets to push me around and I’m usually exhausted after a couple of hours. They’re tough sessions, but they’re great.”

Casper, who turned professional in 2015, enjoyed a strong junior career and made it all the way up to number one in the junior world rankings.

He made his debut on the ATP Tour in September 2016 at the Chengdu Open in China, where he received a wild card to the main draw but lost to Viktor Troicki in the first round.

Ruud enjoyed a major breakthrough at the 2017 Rio Open, where, after receiving a wild card entry to the ATP 500 tournament, he reached the semi-finals. He lost to Pablo Carreno Busta in the last four but his run propelled him up to number 133 in the world rankings.

Casper made his first appearance in the main draw of a grand slam at the 2018 Australian Open after coming through qualifying in Melbourne. He reached the second round, where he lost to Diego Schwartzman.

He then came through qualifying once again at the French Open and reached the second round of the year’s second grand slam, where he lost to Albert Ramos Vinolas.

Ruud enjoyed a strong 2019 and qualified for the ATP Next Gen Finals, where he was knocked out in the round robin stage.

First ATP Title And Beyond

After continuing to make steady progress, Ruud won his first career ATP title in February 2020 at the Argentina Open in Buenos Aires, beating Pedro Sousa in the final. In doing so, he became the first Norwegian player to win an ATP Tour title.

“I feel a great sensation now. It is what all players look for and dream. I am very happy with my career, although I know that I am still young,” Ruud said after winning his first title. “Buenos Aires will always be a special place for me, this is my first title.”

With the victory, Casper surpassed his father’s career-high ranking of number 39 in October 1995, as he moved up to number 34 in the world. 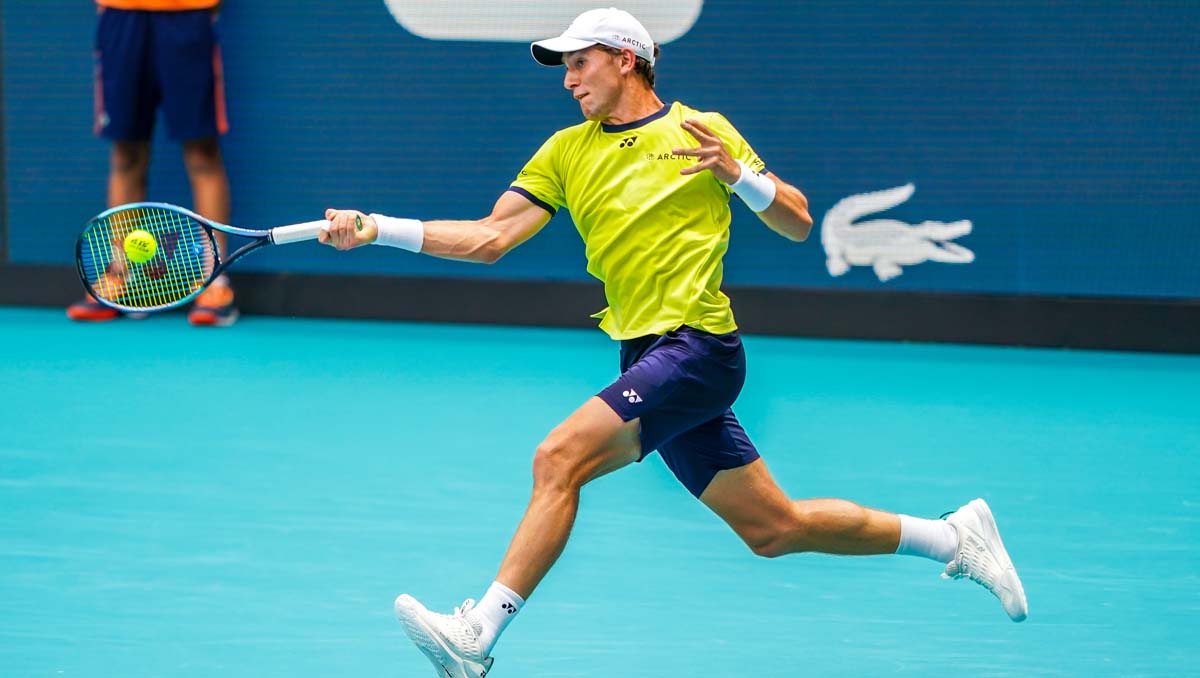 Ruud went on to reach the third rounds of the French Open and US Open in 2020.

Ruud continued to make impressive progress and 2021 ended up being a breakthrough year for the Norwegian star.

He won a remarkable five titles in 2021. His first of the year – and second of his career – came at the Geneva Open in May 2021, where he beat Denis Shapovalov in the final.

Ruud then won his second title of 2021 at the Swedish Open, beating Federico Coria in the final, before triumphing at the Swiss Open in the following week with a victory over Hugo Gaston in the final.

Remarkably, Ruud then made it three titles in as many weeks when he beat Pedro Martinez in the final of the Austrian Open in Kitzbuhel.

Speaking after the final in Austria, Ruud said: “I am shaking all over my body. It feels amazing. I was very nervous at the end, I knew what I was playing for. Three in a row is something special. What a day to play the final, rain on and off all day.

“I’m just very excited and happy that these three weeks are over, and that I won all of them.”

The impressive run propelled him up to number 12 in the world rankings.

Ruud won his fifth title of the year – and sixth of his career – at the San Diego Open after beating Cameron Norrie 6-0 6-2 in the final. 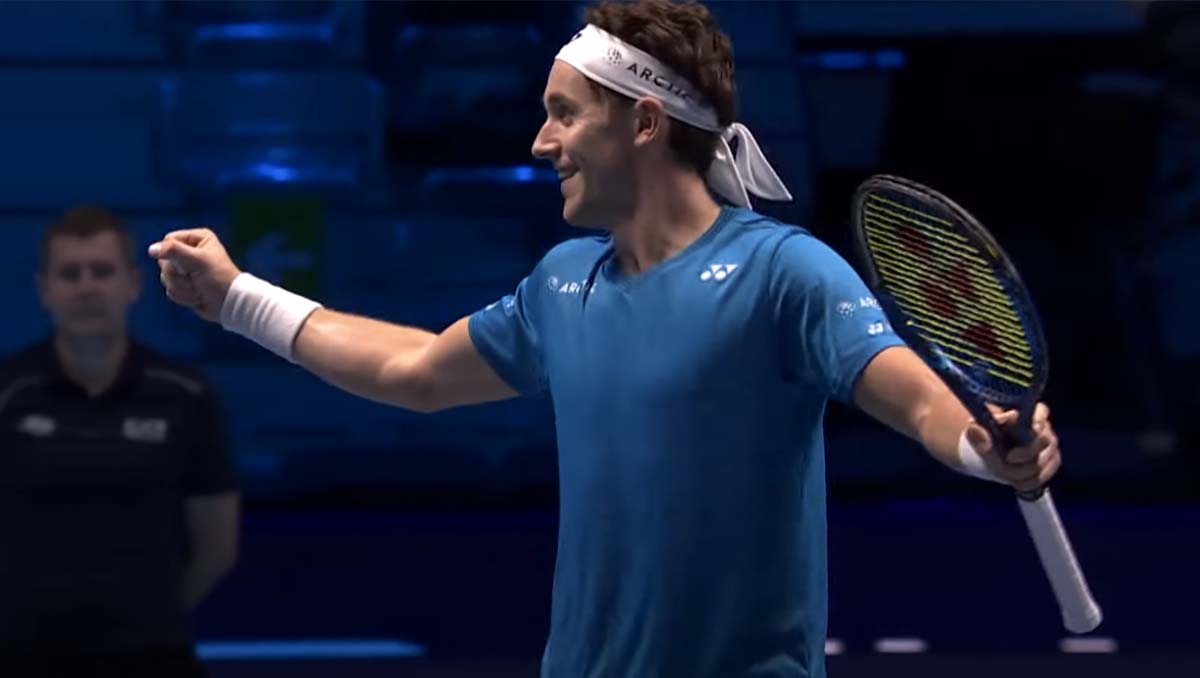 Ruud won the 2022 Argentina Open title after having defeated Diego Schwartzman in the final, landing himself his seventh career ATP crown.

At the 2022 Miami Open, Ruud reached the final, where he lost to Spain’s Carlos Alcaraz.

Ruud is sponsored by Yonex for both his racquet and apparel.

Asked what his perfect day without tennis would be, Ruud replied: “Early morning golf, then have a nice lunch and then head out on my boat and have a nice swim. I like going on the boat and love playing golf, so that would be perfect.”

Carlos Alcaraz, speaking after beating Ruud in the 2022 Miami Open final: “I knew Casper is playing very well, he has a big forehand. I tried to play to his backhand first and tried to go to attack, to not let him dominate the match.”

Daniil Medvedev, speaking after beating Ruud in the semi-finals of the 2021 ATP Finals: “It’s a tough match no matter the score and I’m pleased that I managed to break him from time to time and this made the difference today. It was a great match because I felt that watching Casper this year he’s one of the smartest players on the tour.”