By The Sport Review
Updated on Wednesday 18 May 2022 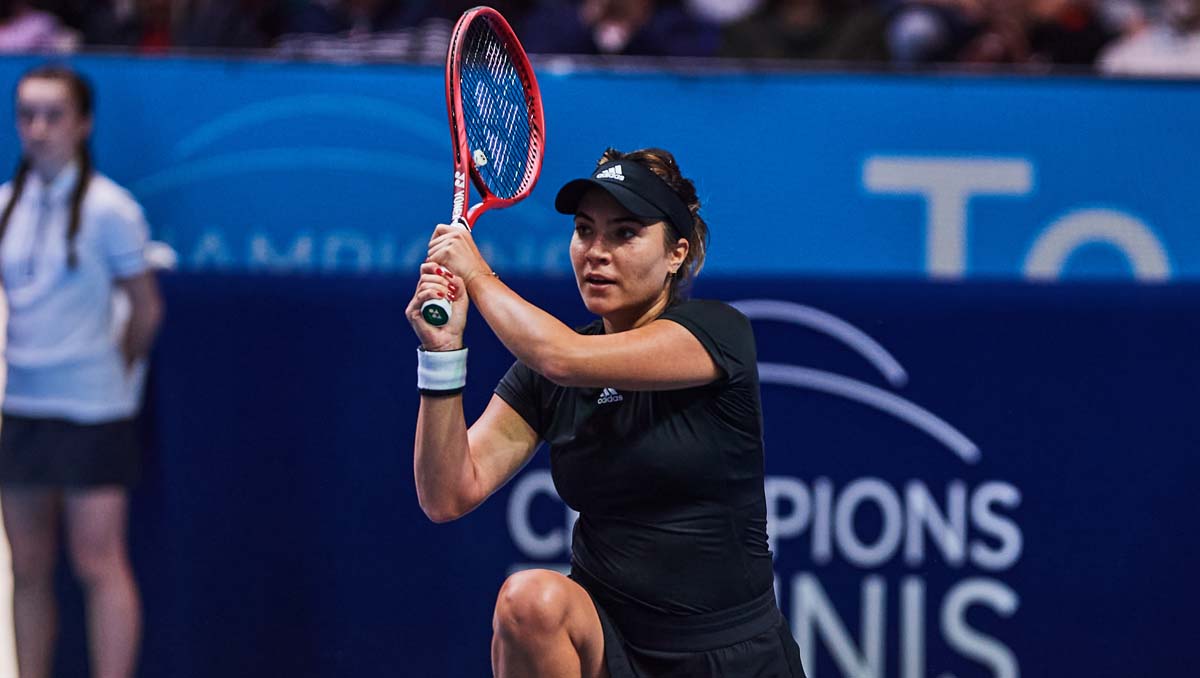 Elena-Gabriela Ruse is a Romanian tennis player. She won her first WTA Tour title at the Hamburg European Open in July 2021.

Born in Bucharest, Romania in November 1997, Ruse comes from a sporting family.

She enjoyed a promising junior career and reached the semi-finals of the Wimbledon Girls’ singles tournament back in 2014.

Ruse made her WTA main draw debut at the Bucharest Open in 2015 in doubles and has made steady progress up the rankings since then. She came through qualifying to reach her first grand slam main draw at Wimbledon back in 2018.

She then lifted her first WTA Tour level trophy in July 2021 at the Hamburg European Open, beating Germany’s Andrea Petkovic in the final.

So, what do we know about Ruse’s journey to becoming the talented tennis player she is today? This is her story.

Elena-Gabriela Ruse was born on 6 November 1997 in Bucharest, Romania. Her parents both have backgrounds in sport – her father has been a footballer player, while her mother is a former gymnast.

Ruse started playing tennis when she was four years old and practiced the sport alongside a range of other activities, including singing. It wasn’t until she was 13 years old that she decided to make playing tennis her sole focus.

“At the end, it was singing or tennis,” Ruse said in an interview quoted on the WTA website. “I was a very, very, very good singer. My voice was like an opera voice.

“My mom asked me what do you want to do with your life because you do so many things and you don’t have time for anything. So you have to choose between singing and tennis. I said, ‘Look, Mom, I cannot stay three hours on the chair and sing.’ So I chose tennis.”

Ruse has revealed that she looks up to fellow Romanian player Simona Halep as one of her idols.

“Simona was my idol,” Ruse says. “That’s why she beats me so bad! It’s hard to play against your idol. I will beat her once. That’s why I’m practicing and fighting. I need to beat my idol.

“She’s a great person and we have a good relationship. I learned so many things from Simo. She beat most of the legends.” 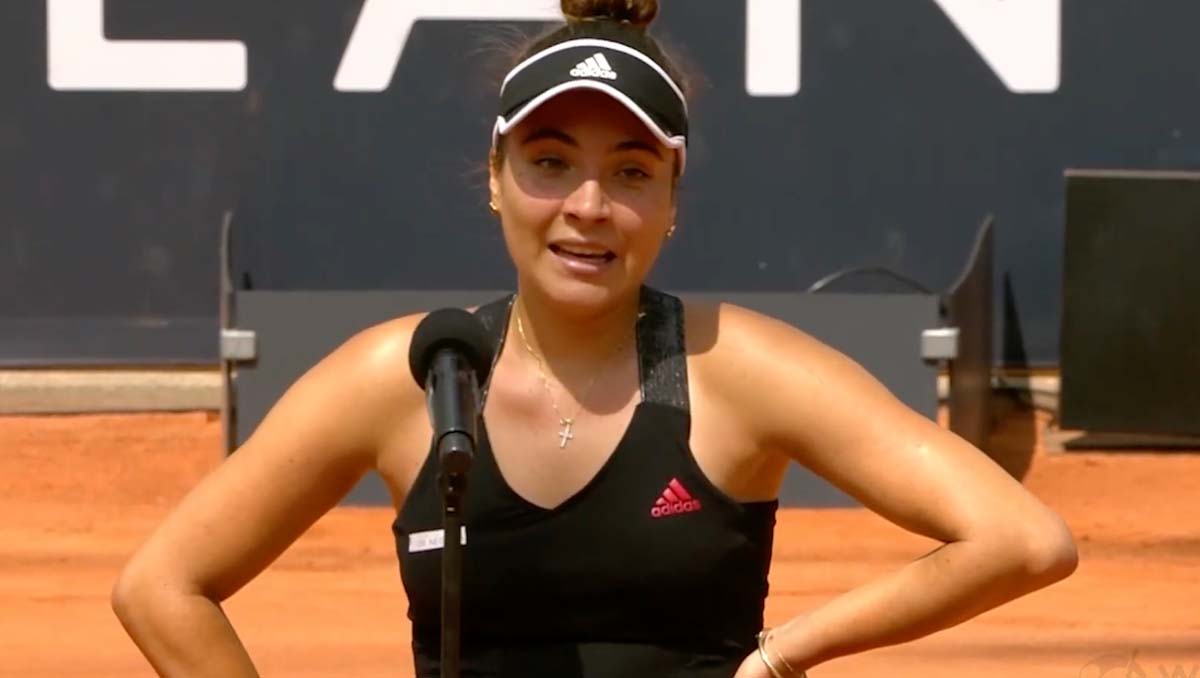 Ruse enjoyed a strong junior career and reached the semi-finals of the girls’ singles at Wimbledon back in 2014. She was a national champion in Romania as a junior and achieved a ranking of number seven on the ITF Junior Circuit.

Ruse herself has admitted that the transition from being a junior to a professional player was not easy for her. 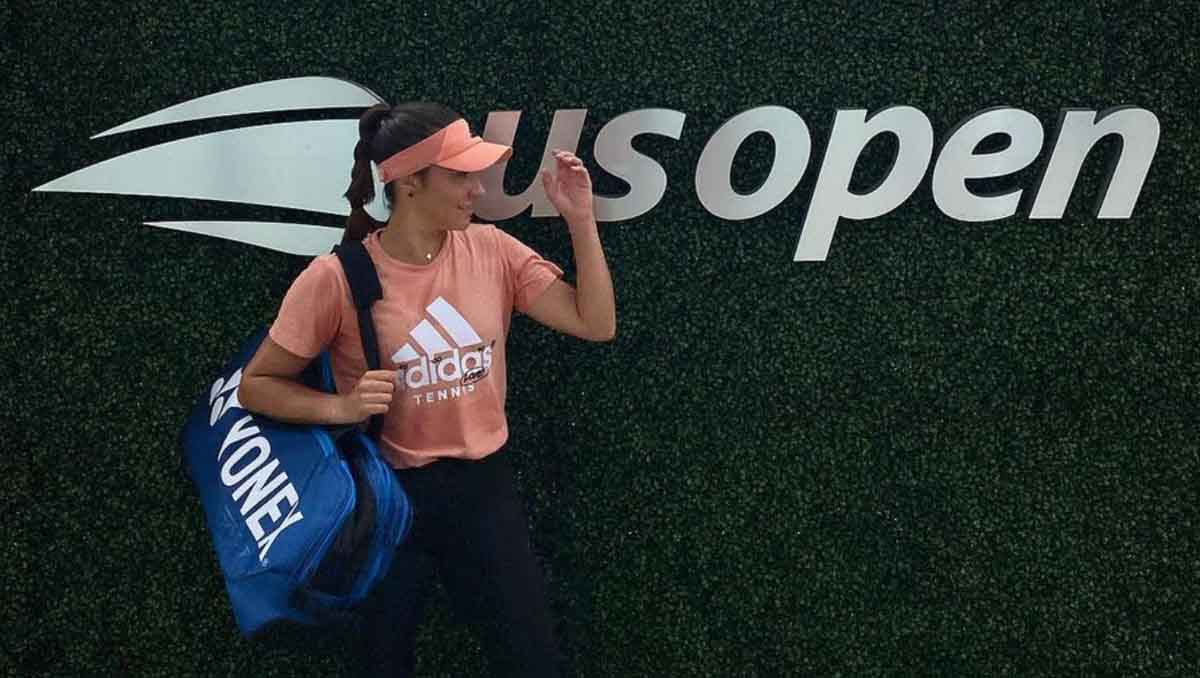 “I was all the time very close to being top 100 and beating very good players because I played a lot of times with the top 20 players when I was 170,” Ruse said.

“But I never won the matches because I didn’t believe in myself. I was all the time thinking about what the people said about me, and they were all the time like, ‘Oh, you can be top 100 easy.’

“But no one told me what to do or stayed with me in the team. When I was 18 or 19 years old, I was traveling for two years without a coach. I was traveling with the ITF Team.”

She made her WTA Tour level debut in July 2015 when she was handed a wildcard for the doubles main draw alongside her partner Jaqueline Cristian.

Ruse then made her singles WTA Tour level debut at the same tournament in July 2016 after being handed a wildcard. She lost in the first round to Anastasija Sevastova.

Ruse qualified for the main draw of a grand slam for the first time at Wimbledon 2018, where she lost in the first round to Agnieszka Radwanska. She repeated the feat at the 2019 Wimbledon tournament, where she lost to Germany’s Julia Goerges in round one. 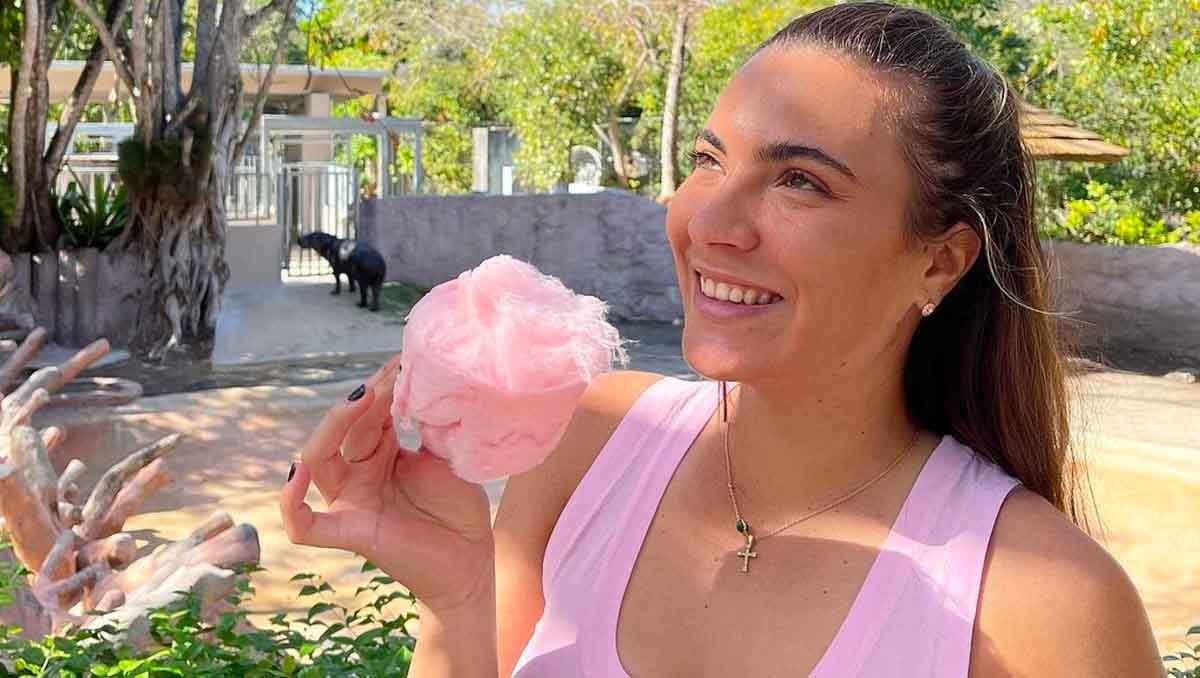 Ruse reached the quarter-finals of a WTA tournament for the first time at the 2019 Nottingham Open, where she came through qualifying before losing to France’s Caroline Garcia in the last eight.

After enjoying some slow and steady progress on the tour, Ruse claimed her first WTA title at the Hamburg European Open in July 2021.

Ruse came through qualifying and beat the likes of Danielle Collins and Dayana Yastremska en route to the final. In the final, she beat then world number nine and local favourite Andrea Petkovic 7-6(6), 6-4.

“I’m so emotional right now,” said Ruse after clinching the match and earning her first WTA title. “I felt really good today on the court. 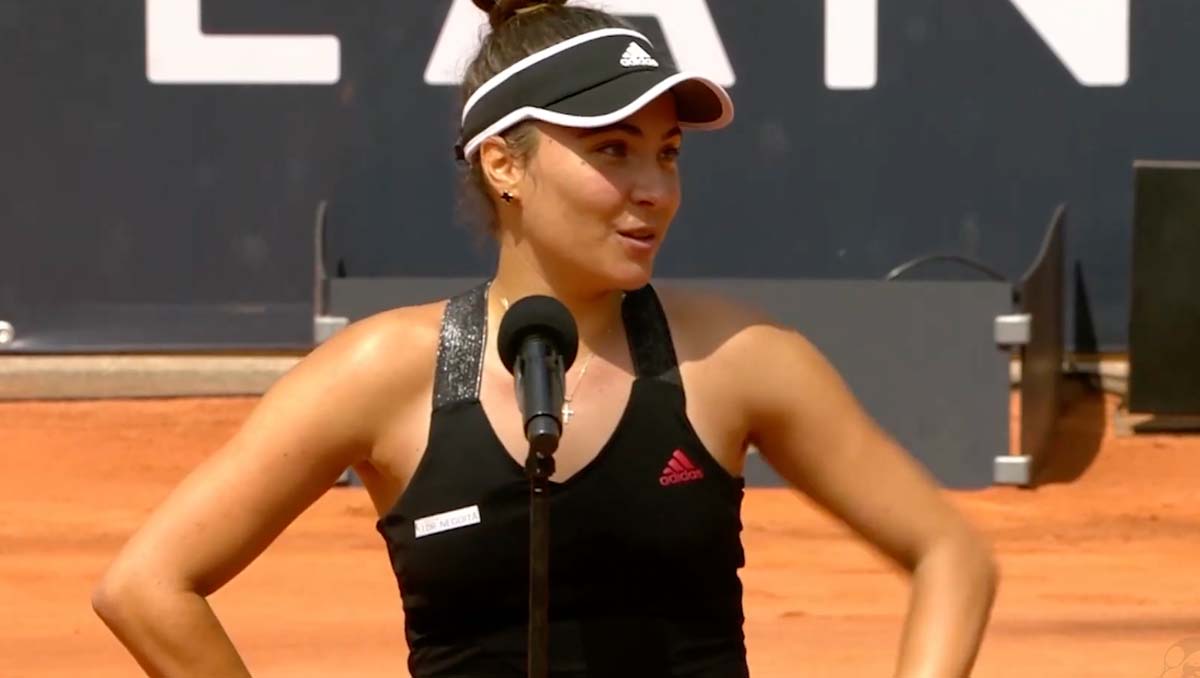 “I would like to thank my coach very much – I’m such a crazy player, it’s not easy to work with me. It was a pleasure to play [Andrea] in the final. Especially because I saw so many matches of her on TV when I was little.”

After winning the tournament, Ruse revealed that she almost didn’t play in Hamburg after a family member died. She was due to return to Romania but then made the decision to play in the tournament instead, a choice which ended up paying dividends.

“I booked the tickets and I was going to come back to Romania, but for the first time in my life I said I’m going to play Hamburg,” Ruse said. “I will cry. I will be sad. But I have to do my job and live my life. I cannot stop all the time when something happens to someone else. I’m a girl with a big heart and I care about the people around me and sometimes it’s not good for me.”

“I didn’t expect to win. I didn’t believe. But somehow I did it. And then I felt like I’m playing good. But I never thought about winning the tournament in that moment.”

Ruse came through qualifying to reach the main draw of the US Open for the first time in 2021. She lost in straight sets in the the first round to Marketa Vondrousova.

She then started 2022 in solid fashion, winning her first main draw grand slam match at the Australian Open, beating Italy’s Jasmine Paolini in straight sets. She lost to Veronika Kudermetova in the second round.

At the 2022 WTA 500 tournament in Dubai, Ruse came through qualifying and beat Spain’s Paula Badosa in the first round (claiming her first victory over a top 10 opponent) to set up a second-round clash with her idol Simona Halep. Ruse lost the second-round match against Halep in straight sets.

In April 2022, Ruse revealed that she had struggled with viral pneumonia and Covid-19 earlier in the year. 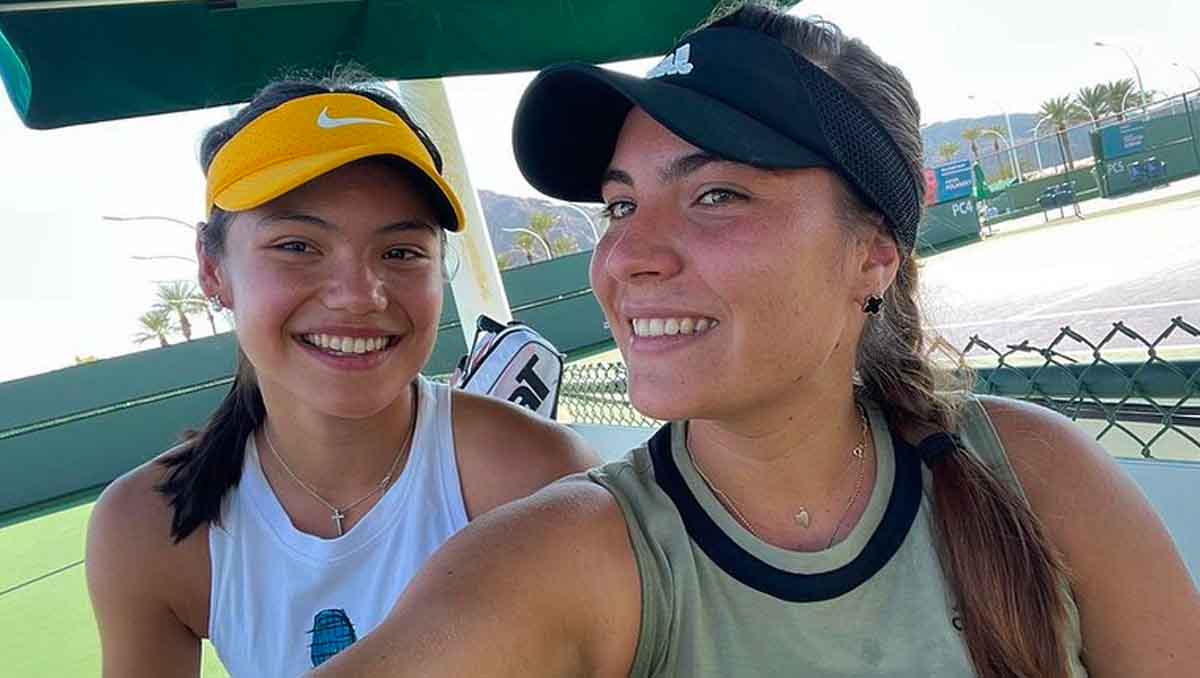 According to her profile page on the official WTA website, away from tennis Ruse enjoys reading, movies, sometimes cooking desserts and listening to music on her phone.

Ruse is also good friends with British player Emma Raducanu. She played an exhibition match alongside Raducanu in the Champions Tennis event at the Royal Albert Hall in London in November 2021.