By The Sport Review
Updated on Thursday 21 April 2022

Elena Rybakina is a Russian-born Kazakhstani tennis player. She won her first WTA title at the 2019 Bucharest Open.

The talented 22-year-old was born in Moscow, Russia and started playing tennis when she was six years old after her father introduced her to the sport.

She trained at the Spartak Club in Moscow as a junior and enjoyed a strong junior career, reaching number three in the world junior rankings.

After continue to make impressive progress, she made her debut on the WTA Tour in October 2017.

Her maiden WTA singles title followed at the Bucharest Open in July 2019.

She secured her second career title at the Hobart International in January 2020 and she reached the quarter-finals of the French Open in 2021.

Asked to describe her game, Elena said: “I’m playing aggressive. I have a big serve and I’m trying to go forward. And I don’t have really long rallies.”

So, what do we know about Rybakina’s journey to becoming the talented tennis player she is today? This is her story.

She was introduced to tennis by her father when she was six years old after initially having taken part in gymnastics and ice skating with her sister, before she was told that she would be too tall for those sports.

“My dad brought me to the tennis court at six years old,” Rybakina explained in an interview with WTAtennis.com in 2020.

“Before, I was doing gymnastics and ice skating with my sister. Then because of my height they said that I cannot be a professional. The group was split. One was going professional, another just for fun.

“My dad was like, OK, just try tennis because he loves tennis. He actually tried to play when he was 20. So, yes, I started to play tennis like this. He brought me to the tennis.” 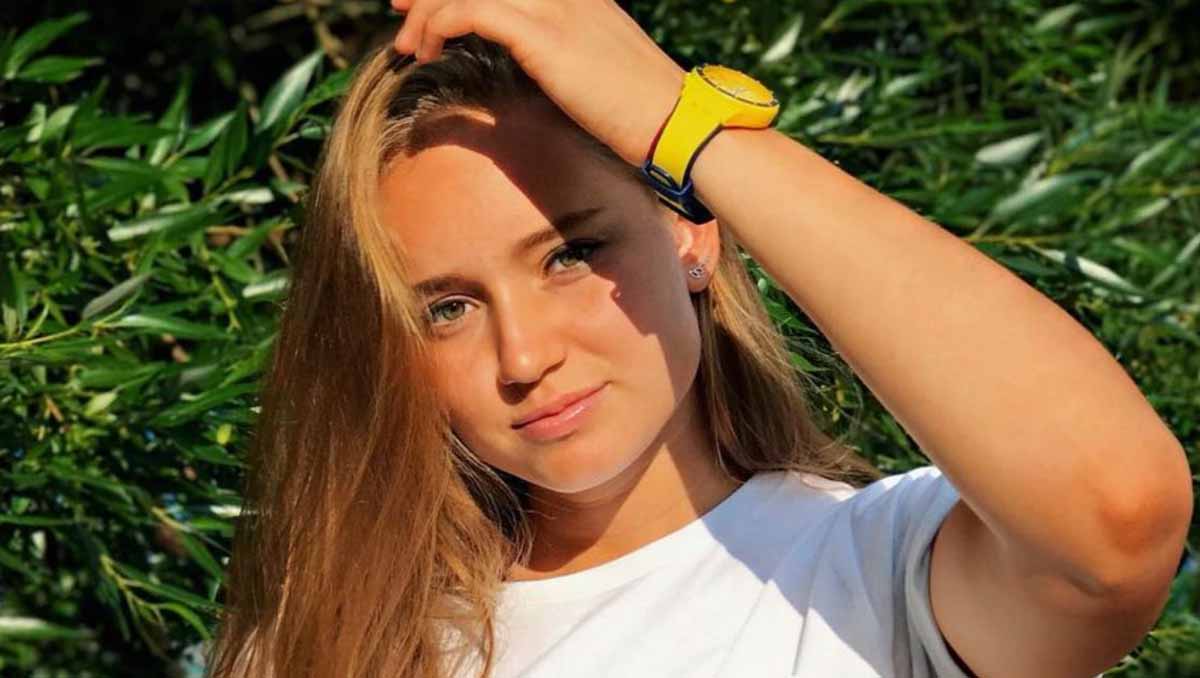 Elena has revealed that she had to make the decision about whether to pursue a career in tennis after finishing school or not.

“I finished school and I had to decide if I should go to college,” she said. “My dad wanted me to go to college because he was worried. He saw the results, but it was difficult for us financially.”

In 2018, Rybakina made the decision to switch federations from Russia to Kazakhstan after having acquired Kazakhstani citizenship.

After an impressive junior career in which she reached number three in the world rankings, Elena made her debut on the WTA Tour in October 2017 at the Kremlin Cup in Moscow. She came through qualifying to reach the main draw but lost to Irina-Camelia Begu of Romania in the first round.

She won her first WTA Tour level match in February 2018 against Timea Bacsinszky at the Saint-Petersburg Trophy. She then won her next match against Caroline Garcia to reach the quarter-finals, where she lost to Julia Goerges.

After continuing to make progress throughout 2018, she broke into the world’s top 200 for the first time in her career.

Rybakina’s first WTA title came in July 2019 at the Bucharest Open when she was 20 years old. She defeated Patricia Maria Tig 6-2, 6-0 in just one hour and five minutes in the final to claim the trophy.

The victory ensured that she would break into the top 100 in the WTA rankings for the first time in her career. Her impressive performances helped her up to number 37 in the world rankings in 2019.

She continued to make steady progress and her second WTA title would follow at the Hobart International in Australian in January 2020 after she defeated fourth seed Zhang Shuai 7-6 6-3 in the final. 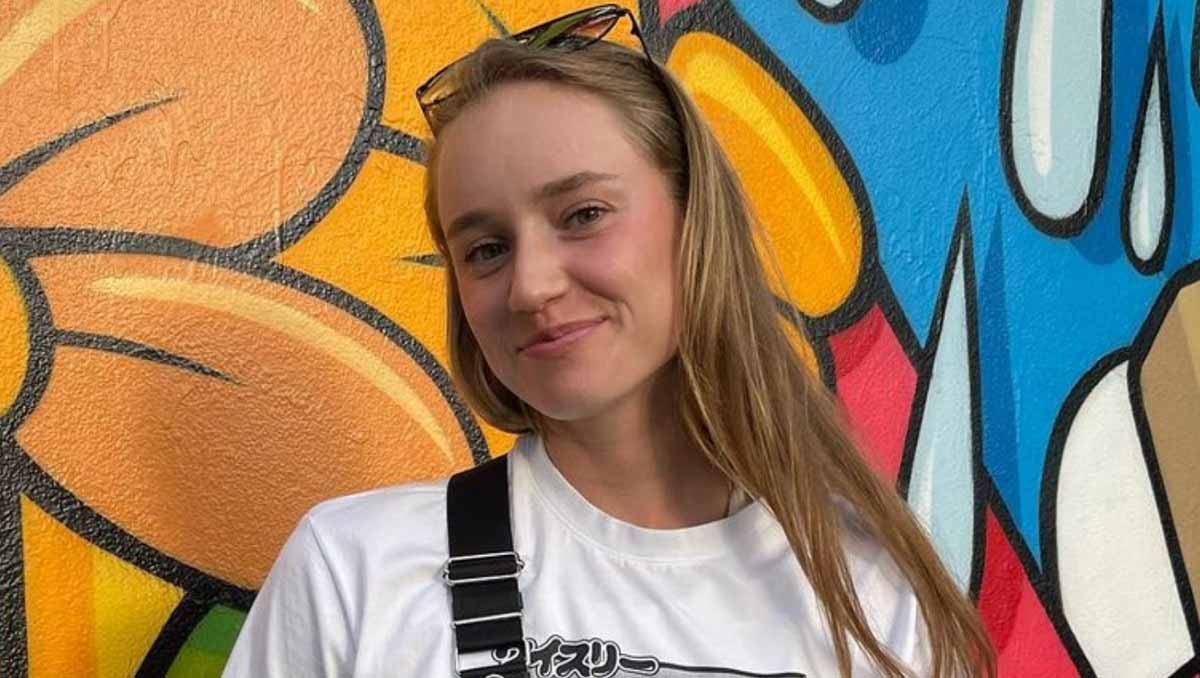 “Today I was really motivated and I’m happy with the result,” Rybakina said after the victory. “I was maybe more focused because it was my second time in a final (in January) and of course I wanted to win so much.”

Rybakina continued to make progress in 2021, and after having reached the second round of the Australian Open, she made her first Grand Slam quarter-final at the French Open in Paris.

She reached the last eight in Paris without dropping a single set before losing to Anastasia Pavlyuchenkova in three sets.

At the time of writing, Elena is currently sponsored by Adidas for clothing and shoes. She uses a Yonex racquet.

Elena loves animals and she has a dog – a beagle called Mulia.

And away from tennis, she enjoys relaxing and spending time with her friends and family.

“I love animals,” she says. “I have a dog, a beagle named Mulia. I like to spend my time with friends for sure when I’m at home.

“But I can’t say that I have hobbies. I don’t even have time for this because before I was going to school. So it was for me it was school and practice. But it wasn’t so bad for me. For example, practice was not individual training. It was always in a group so it was fun. 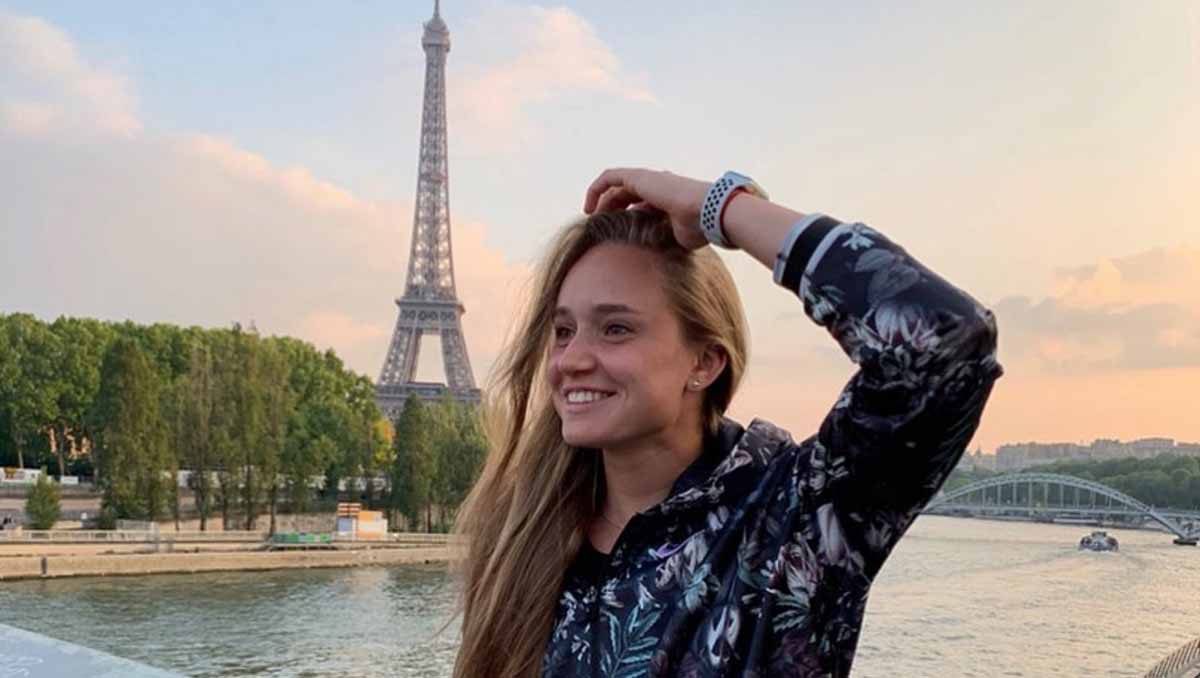 “So now if I have free time, I want to always spend the time with my friends and family because last year I was not at home for such a long time.

Elena has revealed that her tennis idols include Roger Federer and Justine Henin.

“I remember Justine Henin. I liked her game. I’m not playing like her because I’m being aggressive, but I liked what she was doing on court.”

Julia Goerges, speaking after beating Rybakina in the quarter-finals of the Saint Petersburg trophy in February 2018: “I was surprised the way she was hitting the ball, it was very fast. I was just very happy with the way I fought back into the set. I took a little bit of her momentum away, and I used a lot of my experience today on court.”

Simona Halep, speaking after beating Rybakina in the third round of the 2021 US Open in New York: “It’s been a tough battle. I knew that she’s gonna put pressure on me, and she’s going to hit strong. So I kind of expected it. I knew that I have to fight for every single point, because she never gives up. She showed that she’s very strong mentally, very stable emotional. Until the end she was perfectly the same emotionally and strong mentally.”