By The Sport Review
Updated on Tuesday 17 May 2022 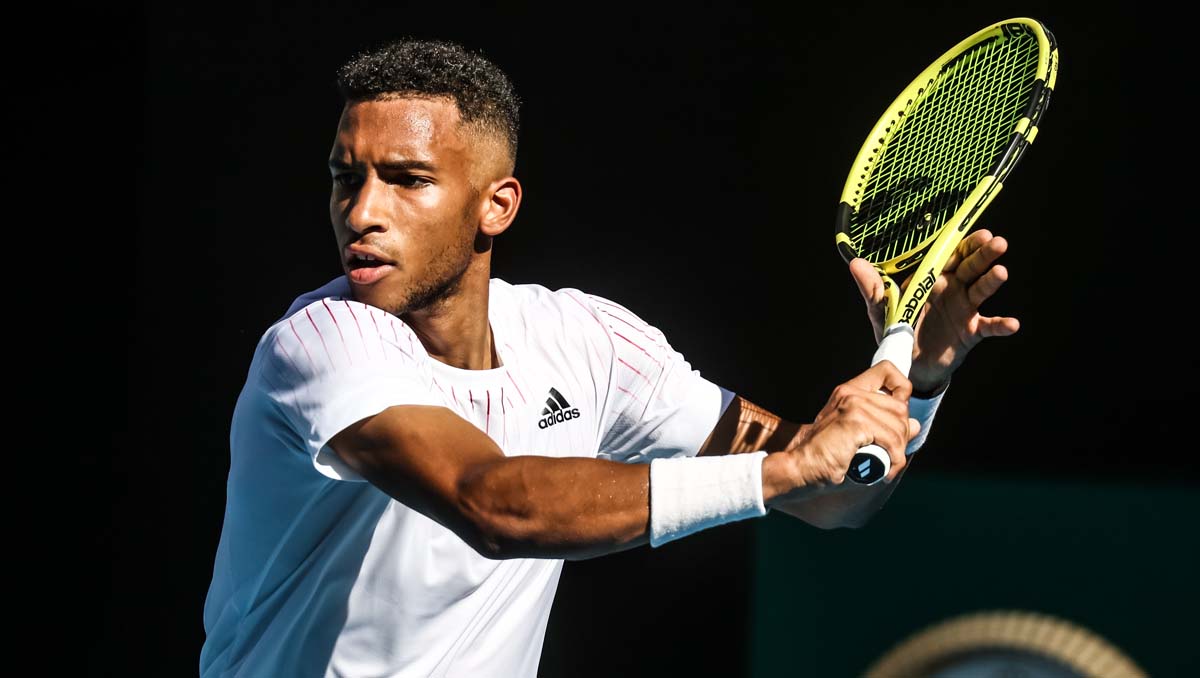 Felix Auger-Aliassime is a Canadian tennis player. He won his first ATP singles title at the Rotterdam Open in February 2022.

The talented 21 was born in Montreal, Canada and was raised in L’Ancienne-Lorette, a suburb of Quebec City.

He began playing tennis with his father when he was around four years old. His father is a tennis coach who is originally from Togo.

Felix enjoyed a promising junior career and he won the US Open boys’ singles title in 2016.

He went on to make his full debut on the ATP Tour at the Rotterdam Open in February 2018.

Auger-Aliassime continued to make progress and reached eight ATP Tour singles finals before finally winning his first title in February 2022 at the Rotterdam Open, where he beat Stefanos Tsitsipas in straight sets.

So, what do we know about Felix Auger-Aliassime’s journey to becoming the talented tennis player he is today? This is his story.

Felix Auger-Aliassime was born on 8 August 2000 in Montreal, Canada. His father Sam Aliassime is a tennis coach and is originally from Togo. His mother is Marie Auger and his sister, Malika, also plays tennis.

Auger-Aliassime began hitting tennis balls with his father Sam when he was around four years old.

“I started with my dad,” Felix said in an interview back in February 2022. “He is a tennis coach and we started as early as I could remember, when I was about four years old.

“Tennis was always the main passion for me. [I had] the dream of becoming a professional and the dream of having moments like I did today… The memories I share with my family and current coaches go a long way back.” 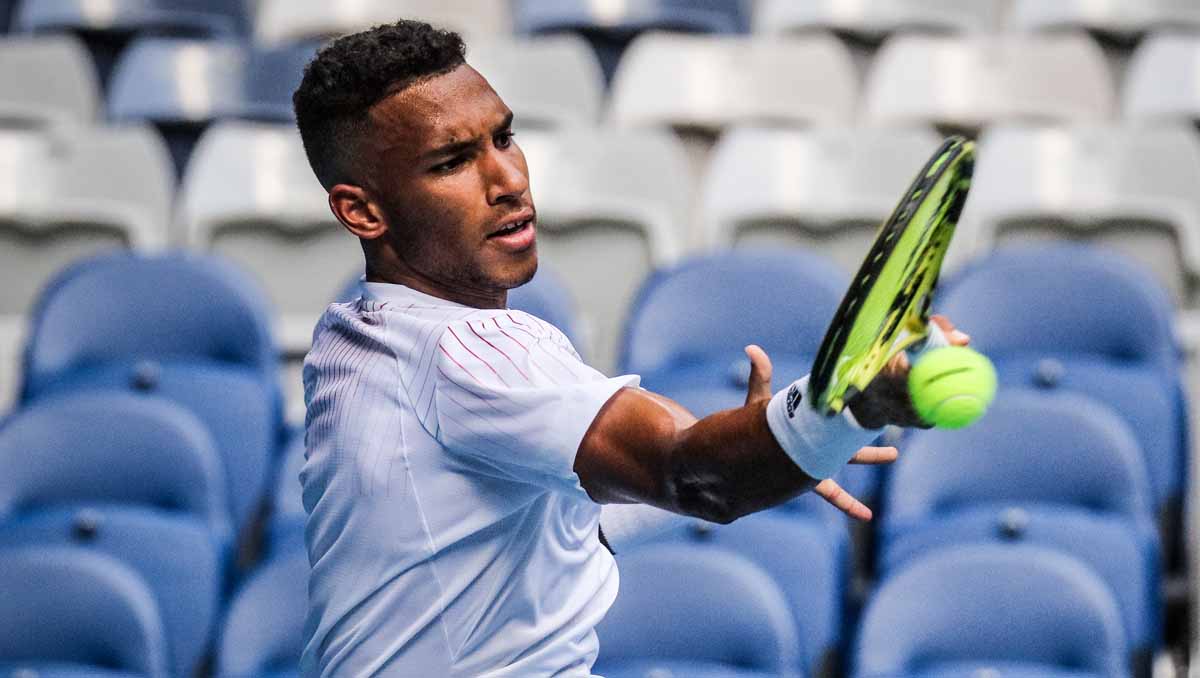 Auger-Aliassime was an impressive junior player and he won the US Open boys’ singles title in 2016, after having also reached the boys’ singles final at the French Open in the same year. He ended his junior career with a win/loss record of 79 to 19.

Felix’s favourite surface is hard, his favourite shot is forehand and favourite tournament is ATP Masters 1000 Canada, according to his ATP biography page.

Auger-Aliassime made his main draw debut on the ATP Tour at the Rotterdam Open in February 2018, losing his first-round match against Filip Krajinovic in three sets.

He went on to win his first tour-level match at the ATP 1000 Masters at Indian Wells, where he beat Vasek Pospisil in straight sets before losing to Milos Raonic in the next round.

Felix continued to make steady progress as he found his feet on the ATP Tour, and he reached his first tour-level final at the ATP 500 event in at the Rio Open in 2019, becoming the youngest ATP 500 final aged 18 years old. He lost to Laslo Dere in straight sets in the final.

He then reached his second ATP Tour final at the Lyon Open, where he lost to Benoit Paire in straight sets. At the 2019 Mercedes Cup, he reached his third final but lost to Italy’s Matteo Berrettini.

Further showpiece defeats followed in 2020, with Auger-Aliassime having reached three ATP Tour finals but losing in all three without taking a set. 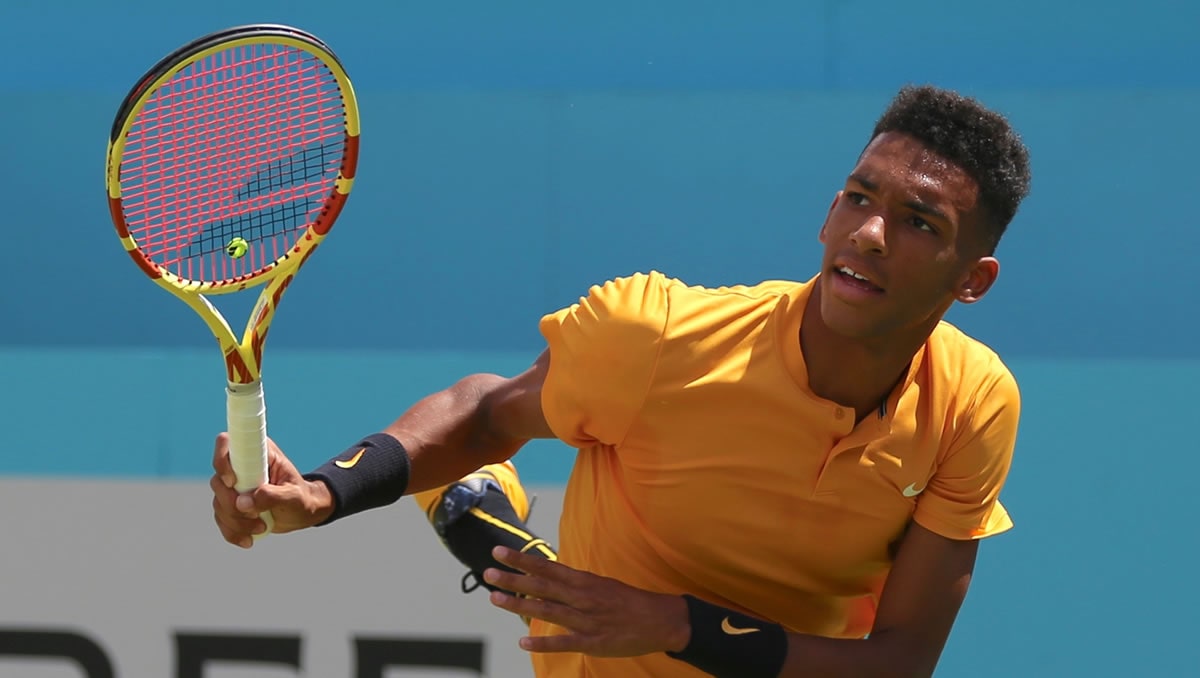 The year of 2021 ended up being something of a breakthrough season for Auger-Aliassime. He reached his first grand slam quarter-final at Wimbledon, where he lost to Matteo Berrettini in four sets.

He then followed up that run by claiming his spot in his first-ever grand slam semi-final at the 2021 US Open, where he lost to Daniil Medvedev in straight sets.

Thanks to an impressive season, he entered the world’s top 10 in the rankings in November 2021.

After reaching the quarter-finals of the 2022 Australian Open, where he lost to Daniil Medvedev in five sets, Felix finally claimed his first ATP Tour level title.

After having lost his previous eight finals without having won a set, he defeated Stefanos Tsitsipas 6-4 6-2 in the Rotterdam Open final for his first ATP title in February 2022.

Speaking after his triumph, Felix admitted that winning his first title was a special moment for him.

“It is definitely a dream come true,” Felix said. “It is something I have been working for and suffering for at times because we all know my story, having lost finals before, so this one is even more special for me.

“We will go to a nice restaurant and enjoy some good food and then rest. The emotion I lived on the court will keep a special place in my heart for years to come.” 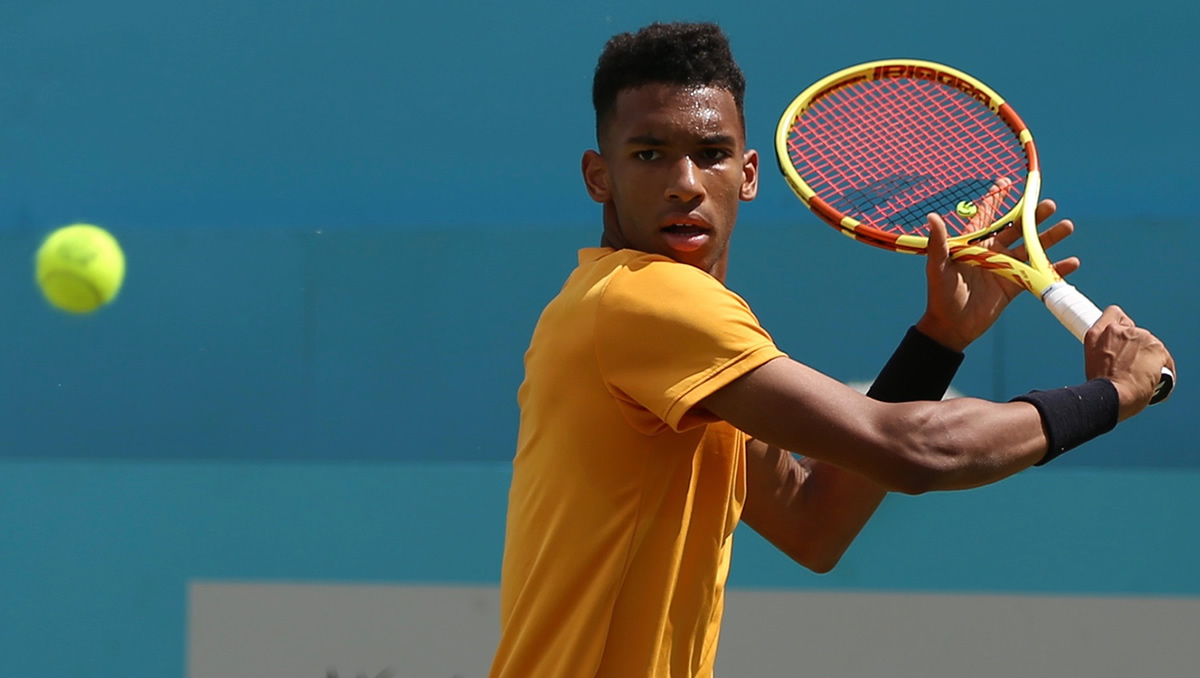 Felix is a big music fan and plays the piano. “I love music,” he explains. “Not only playing, I haven’t played the piano in months. But music, in general, brings me a lot of inspiration because we travel a lot, so I listen to a lot of music.

“Not that I would be a musician myself in terms of creating music, but it is definitely an important part of my life. Also, any sport in general. I am a very active person. I like to watch and enjoy many different sports.”

According to his ATP biography page, if he wasn’t a tennis player, he would be an artist.

Felix has also revealed that he has a similar demeanour off the court as he does on it.

“What you see on the court is similar to what you get off the court,” he said. “I am quite simple with how I go about things. 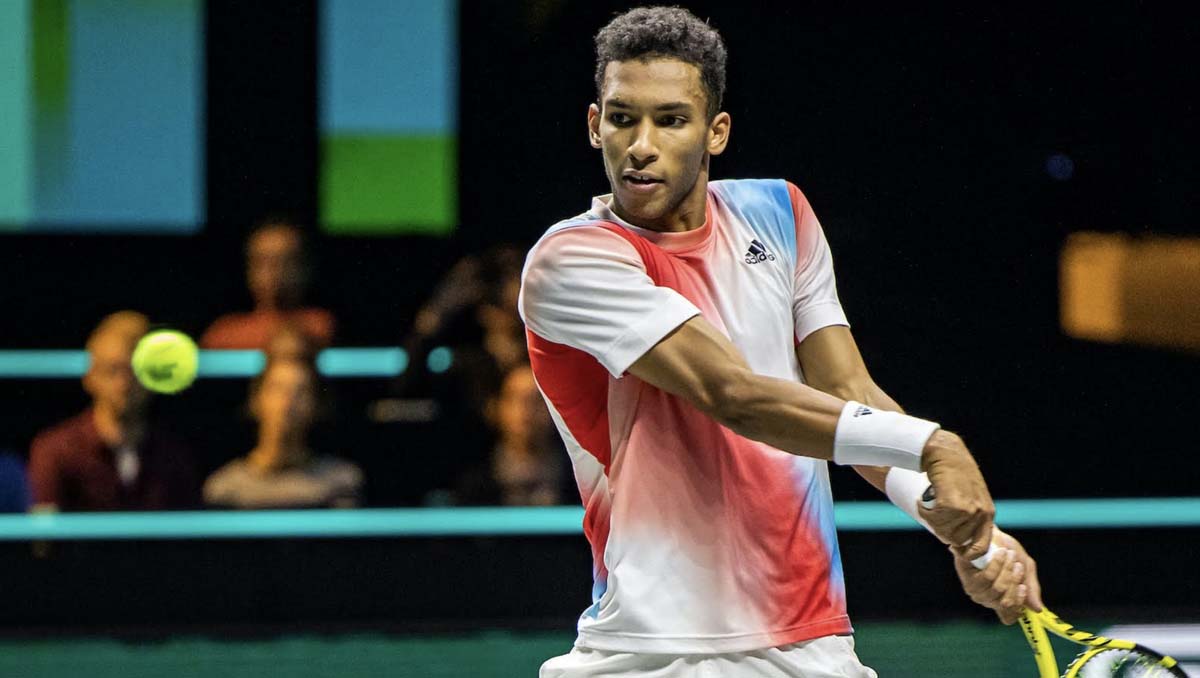 Roger Federer, speaking about Auger-Aliassime in 2017: “I think he is going to be a very good player. Unfortunately he got hurt during the time that he was in Dubai with me in December [2017]. I just saw him this morning for the first time again after I wished him a good trip back home and good rehab. It’s nice to see him smiling and happy again. I didn’t worry for him because he seemed very upbeat, positive and still in a moment that was actually pretty hard for him, being hurt going into Australia.

“I think he is going to be great player. How good remains to be seen. I don’t want to put too much pressure on him to be honest.”

Daniil Medvedev, speaking after saving a match point and beating Auger-Aliassime in the 2022 Australian Open quarter-finals: “I was not playing my best and Felix was playing unbelievable. Serving unbelievable. He was all over me to be honest. I told myself ‘what Novak (Djokovic) would do?’ Because he’s one of the greatest champions. Or Roger (Federer) or Rafa (Nadal)? They have won so many matches like this. I just thought, ‘OK, I’m gonna make him work. If he wants to win it, he needs to fight to the last point. It worked, I managed to raise my level, especially in the (third set) tiebreak.”