By The Sport Review
Updated on Friday 22 October 2021

Fred is a Brazilian footballer who plays as a midfielder.

The South American playmaker started his career at Brazilian club Internacional. He won successive Campeonato Gaúcho titles in 2012 and 2013 before earning a move to Europe.

He made his debut for the Brazil national team back in November 2014. After impressing in Ukraine, Fred signed for Manchester United in the summer of 2018 for a fee believed to be around £47m.

So, how much do you know about Fred’s journey to becoming the footballer he is today? This is his story. 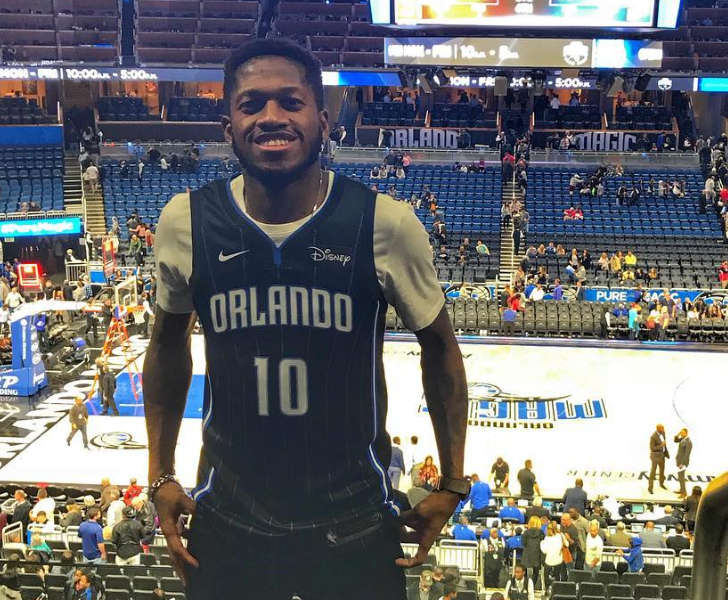 He joined his local team Atletico Mineiro in Belo Horizonte in 2003. He then spent a season at Porto Alegre, another Brazilian club.

However, Fred didn’t spend long at Porto Alegre as he joined Internacional in 2010.

Fred started to make a name for himself at Internacional following his switch from Porto Alegre.

He made his first appearance for the Internacional senior team in a 2-1 loss to Ceramica in January 2012.

Fred scored his first goal for Internacional in a 3-1 loss to Atletico Mineiro in July 2012. He followed it up with a goal and an assist in a 4-1 victory over Atletico Goianiense.

He scored against both Atletico clubs later in 2012 to finish the calendar year with six goals and four assists in 28 appearances.

Fred made an impressive start to the Brasileirao in 2013 with a goal and three assists.

As his move to Ukraine was confirmed, Fred sent a message to the Internacional fans: “I want to thank the fans who have always helped me. The crowd of Inter was always wonderful. I hope to return one day.”

Fred completed a €15m move to Ukrainian side Shakhtar Donetsk from Internacional on 26 June 2013. 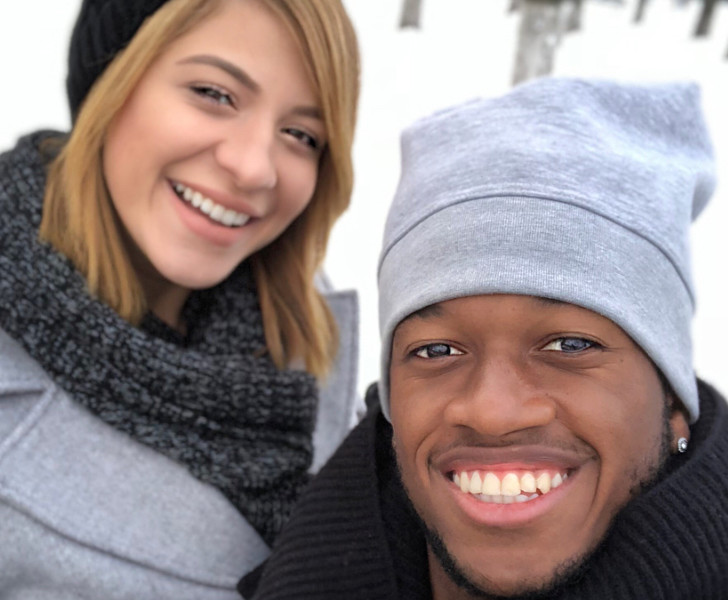 He followed in the footsteps of his compatriots Douglas Costa and Willian by representing Shakhtar.

The South American forward made his mark immediately at the Ukrainian side when he scored twice in a 3-1 win against Chornomorets Odesa in the Ukrainian Super Cup.

Fred started the return fixture in Ukraine as Shakhtar eased to a 4-0 win over the Spanish outfit in November 2013.

He played 79 minutes of Shakhtar’s 1-0 loss to Premier League side and his future club Manchester United in the Champions League in December 2013.

His first Europa League appearance came in a 1-1 draw with Plzen in knockout stage in February 2014.

Fred scored two goals in 23 games in the Ukrainian Premier League in his first full season at Shakhtar.

The Brazil international made seven appearances in the Champions League to help the Ukrainian side reach the knockout stage.

Fred featured in both legs of Shakhtar Donetsk’s 7-0 loss to Bundesliga giants Bayern Munich in the round of 16 in March 2015.

He scored one goal in 22 games in the Ukrainian top flight as Shakhtar won the title.

Fred won his second Ukrainian title in the 2015-16 season, scoring two goals in 23 games in all competitions. He then produced a decent return of three goals in the 2016-17 campaign.

The Brazilian star netted his first European goal in a 5-3 win at Belgian side Genk in the Europa League.

Fred scored a then career-best four goals in the 2017-18 season. He netted the biggest goal of his Shakhtar career in a 2-1 win over Serie A giants AS Roma in the Champions League quarter-finals in 2018.

However, the Ukrainian side were eliminated after a 1-0 loss to the Italian side at the Stadio Olimpico.

Fred was linked with a potential move to Premier League champions Manchester City in the 2018 January transfer window, with Citizens manager Pep Guardiola thought to be a big admirer of the South American midfielder. Manchester City, though, opted to sign Athletic Bilbao defender Aymeric Laporte in a club-record deal ahead of Fred.

Manchester United started the 2018 summer transfer window as favourites to sign Fred from Shakhtar Donetsk. They eventually completed a deal worth around £47m to bring him to Old Trafford on 21 June 2018. He initially signed a five-year contract with the Red Devils.

He scored his first goal for Manchester United in a 1-1 home draw with Wolves in the Premier League on 22 September 2018.

Fred picked up a Europa League runners-up medal in 2021, when Manchester United lost to Villarreal in the final on penalties.

After impressing at Under-20 level for Brazil, Fred made his senior international debut on 12 November 2014 when he came on as a substitute during the 4-0 victory over Turkey in Istanbul.

He was then called up to the Brazil squad for the 2015 Copa America in Chile following an injury to Luiz Gustavo. 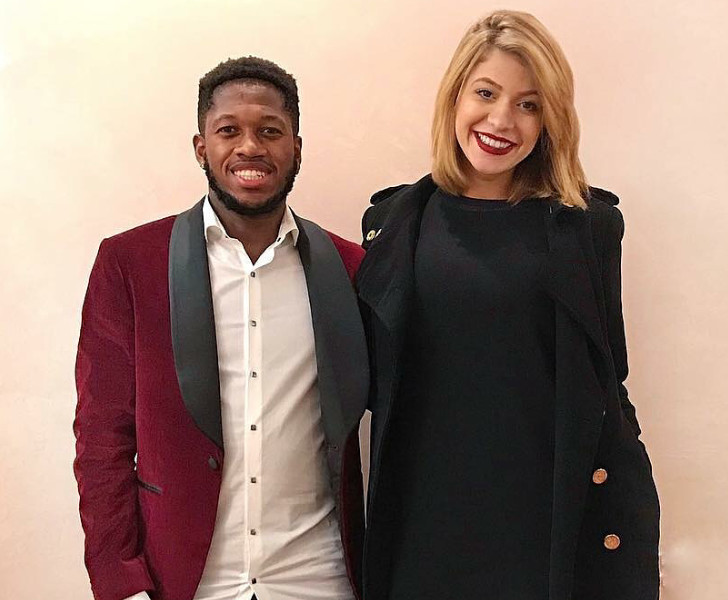 Fred was suspended from international football after failing a drugs test in 2015. The midfielder tested positive for the banned diuretic hydrochlorothiazide during the Copa America in June 2015.

He was subsequently handed a one-year ban by the South American Football Confederation (CONMEBOL) following the positive test.

Fred saw his Fifa 22 rating shoot to 81 with his central midfield card to reflect his steady improvement on the pitch.

Fred is married to Monique Salum. She is a chemical engineer who studied at the University Centre of Belo Horizonte.

The couple welcomed their first child, a son called Benjamin, in January 2019.

Posting on Instagram following the birth of his son, Fred wrote: “When a child is born, born in the heart of parents one love greater than life and more eternal than time! Welcome to the world my beloved son! We love you so much Benjamin!” 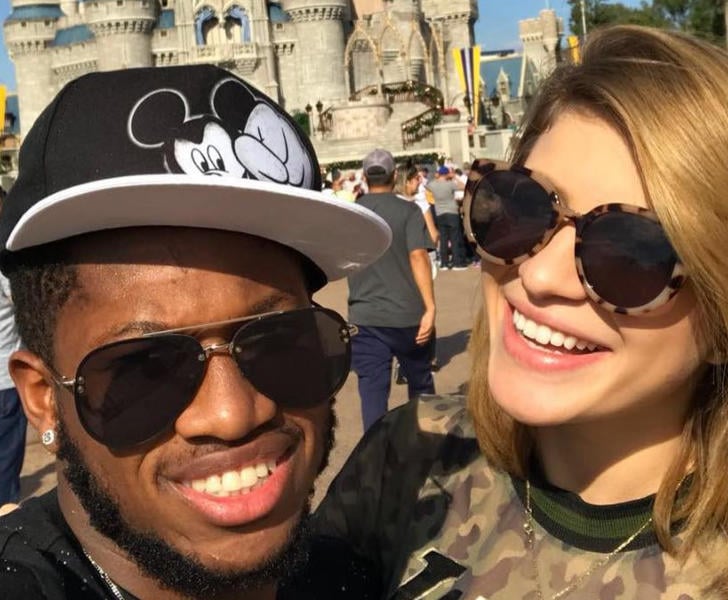 Fred – Did You Know?

• Fred won eight major trophies during his spells at Internacional and Shakhtar Donetsk.