By The Sport Review
Updated on Friday 29 July 2022 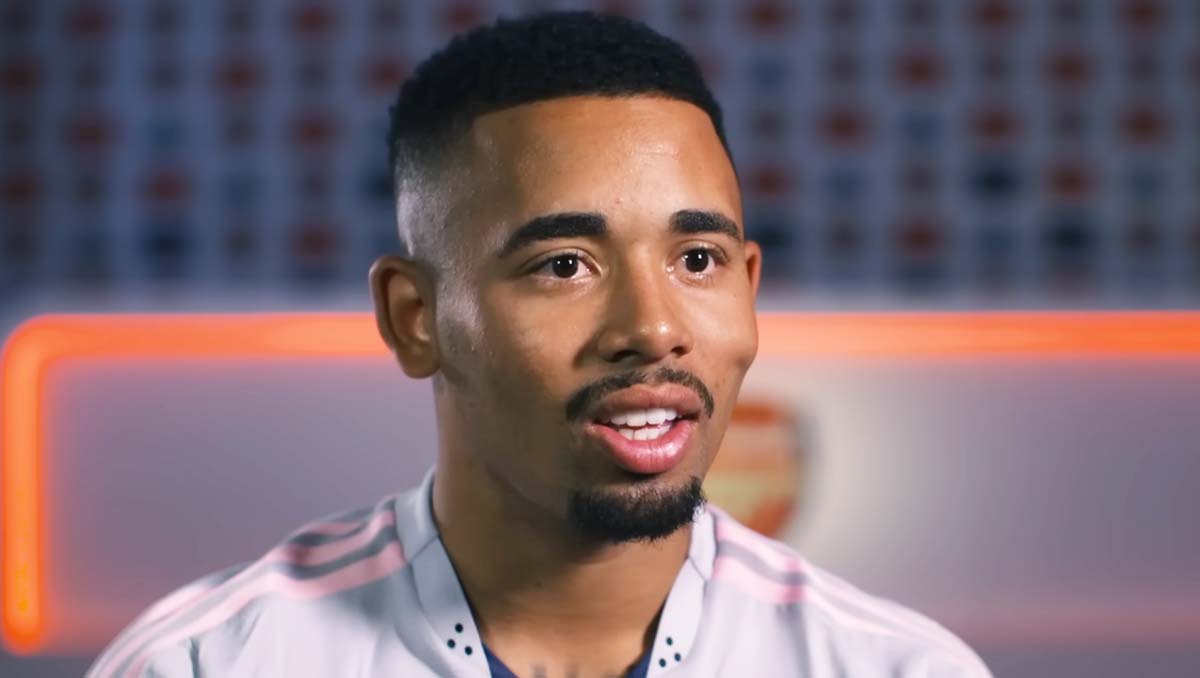 Gabriel Jesus is a Brazilian footballer who plays as a forward for Arsenal.

The 25-year-old was born in 1997 in Sao Paulo and he joined local amateur clubs in his region after having initially started with playing street football.

He joined Brazilian side Palmeiras in 2013 and made more than 80 appearances for the club before securing a big-money transfer to Manchester City in the summer of 2016.

Gabriel Jesus enjoyed a trophy-laden spell at Manchester City under Pep Guardiola, winning four Premier League titles and scoring more than 90 goals for the Citizens in the space of six years.

The Brazilian attacker then earned a big-money transfer to Arsenal in the summer of 2022 after having been deemed to be surplus to requirements at City.

So, what do we know about Gabriel Jesus’s journey to becoming the talented footballer he is today? This is his story.

Gabriel Jesus (full name: Gabriel Fernando de Jesus) was born on 3 April 1997 in Sao Paulo, Brazil. He grew up in the the neighbourhood of Jardim Peri at the northern edge of Sao Paulo and initially started out playing street football.

He is the youngest of four children in a single-parent family. His mother is named Dona Vera, and his father died in a motorbike accident and had no part in his upbringing.

Gabriel Jesus has spoken about the sacrifices his mother made to help him start his footballing career. “The sacrifices she made weren’t just to help me get where I am today, to become a professional footballer,” Jesus said in an interview in 2019. “She made sacrifices to care for and really educate her children: me, my two brothers and my sister. That was the biggest achievement.

“I was always very focused, very clear about what I wanted to do in life. I gave up a lot of things, but I got here. My mum made sacrifices in order to feed the family, to create a stable life for me and my siblings. She always looked after us, even though it meant that she worked a lot.” 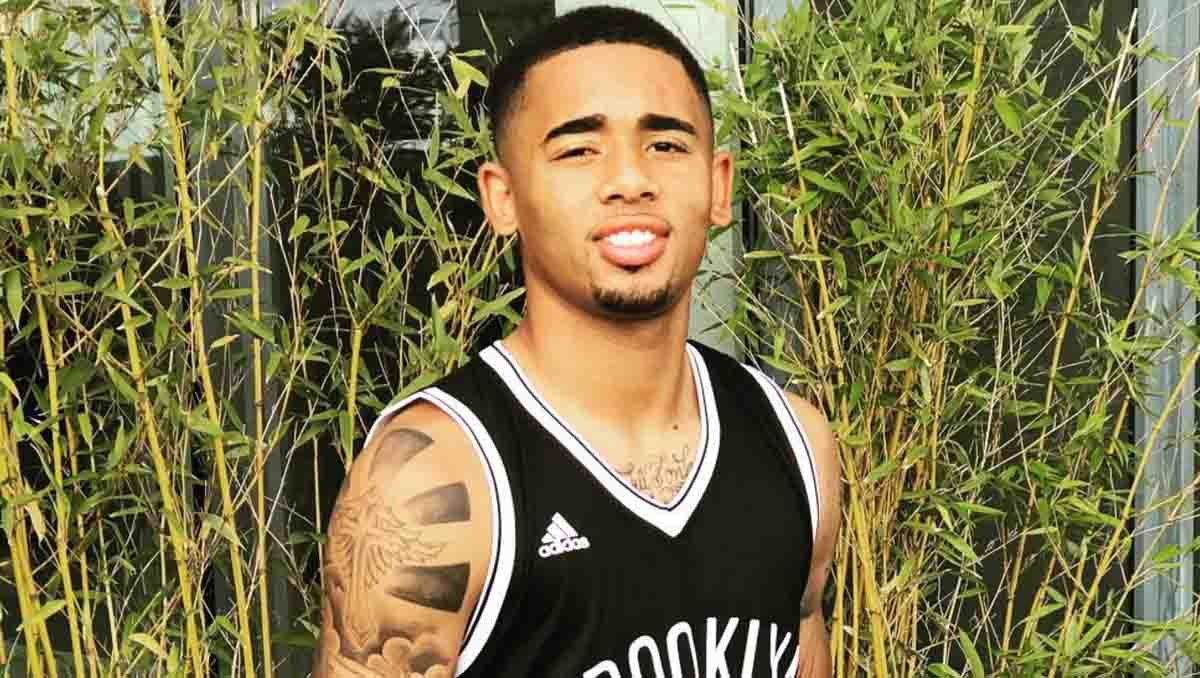 Gabriel Jesus showed plenty of potential from an early age and was very naturally talented as a youngster, according to his childhood football coach Jose Francisco Mamede.

“I always knew he would turn out to be a top professional,” Mamede said in an interview with The Guardian in 2017. “When we had him as a boy I predicted he would turn pro, play for Brazil and get a big overseas transfer. It all happened exactly as I knew it would.”

The talented forward signed a youth contract with Brazilian side Palmeiras in July 2013, initially playing in the club’s youth teams.

Gabriel Jesus then made his first-team debut for Palmeiras on 7 March 2015. His first appearance in the Brazilian Serie A came on 9 May 2015 in a 2–2 home draw against Atletico Mineiro.

Over the next two seasons, Gabriel Jesus netted 28 goals in 83 games for Palmeiras – and was named as the ‘best newcomer’ in the 2015 Serie A Campeonato – before a transfer to Europe beckoned in the summer of 2016.

Manchester City signed Gabriel Jesus from Palmeiras on 3 August 2016, with the forward set to link up with his new club in January 2017. The fee was reported to be £27m, with the forward penning an initial five-year contract.

Speaking after signing for the Premier League club, Gabriel Jesus said: “Manchester City is one of the best clubs in the world so I’m really pleased to sign.

“We have many great talents in the team and a fantastic manager in Pep Guardiola that I can learn so much from. I’m looking forward to showing the City fans what I can do and I think we’ll have a great future together!”

Speaking after Gabriel Jesus linked up with his new team-mates in January 2017, City boss Guardiola warned the club’s fans not to expect too much too soon from the Brazilian.

“He is fit, he is ready to be involved in the squad or in the team,” said Guardiola in January 2017. “He is a young player, 19 years old, so we cannot think he is going to solve our problems. He is going to help us in the Premier League. He will have all the time to get involved.”

Gabriel Jesus made his first Premier League appearance for Manchester City on 21 January 2017, coming on as a substitute during a 2–2 home draw with Tottenham Hotspur.

On 1 February 2017, Gabriel Jesus scored his first Premier League goal for City, netting in a 4-0 win away to West Ham on what was his first start in the English top flight.

Over the following seasons, Gabriel Jesus helped Manchester City to win four Premier League titles, three League Cups and one FA Cup under Guardiola. The only major trophy to elude him during his time at City was the Champions League.

In his final season at Manchester City, in the 2021-22 campaign, Gabriel Jesus was limited to starts in 21 of the club’s 38 Premier League games, netting eight goals and making eight assists.

Following the news that Erling Haaland would be arriving at Manchester City from Borussia Dortmund in the 2022 summer transfer window, Gabriel Jesus began to be linked with a move away from the club.

Arsenal announced the signing of Gabriel Jesus on 4 July 2022, with the Brazilian signing a five-year contract until 2027 reported to be worth around £190,000 per week in wages. He was handed the number nine shirt.

Speaking after signing for the Gunners, the Brazilian said: “I followed Arsenal when I was young because of [Thierry] Henry. Obviously I didn’t follow too many European teams but when I saw some of the players that played here, I was like: ‘Wow, this club is big’. I’m so happy to sign for this big club. Since day one when I knew I could come to play for Arsenal, I was happy.”

The Brazilian made his first appearance for Arsenal on 8 July 2022, scoring two goals in a 5-3 pre-season victory over Nuernberg after coming on as a half-time substitute. 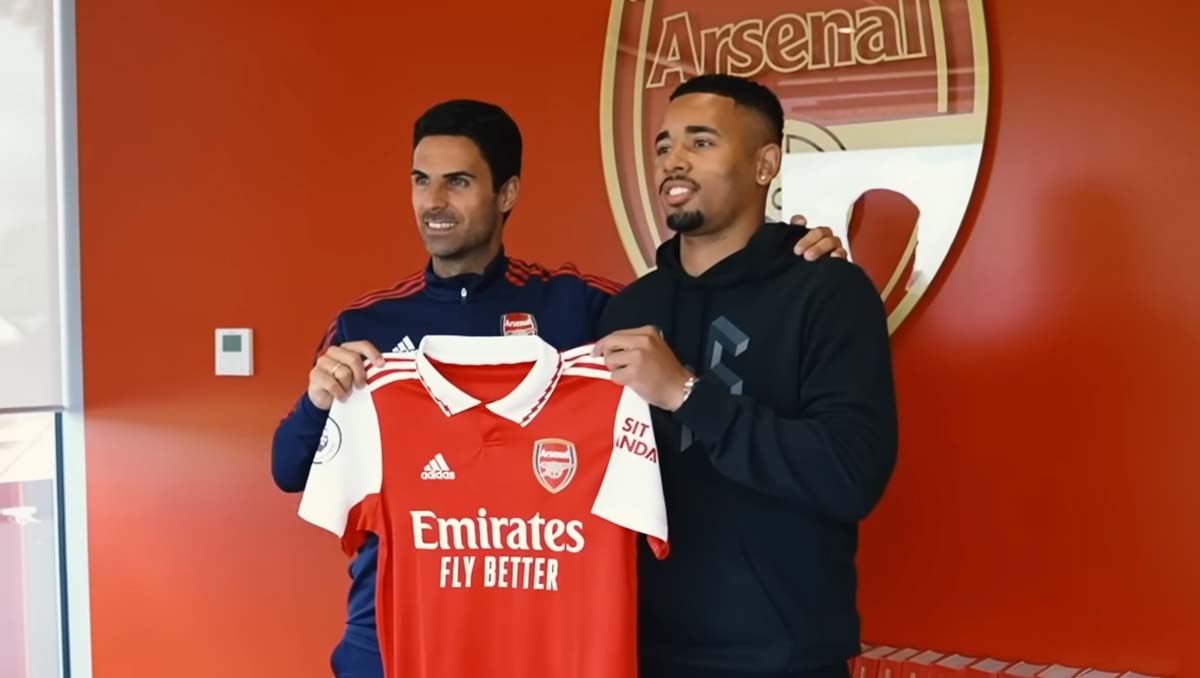 Gabriel Jesus played for Brazil at both Under-20 and Under-23 level. He was part of the Brazilian team to win an Olympic gold medal in Rio in 2016.

He made his senior international debut for Brazil on 1 September 2016, in a 2018 World Cup qualification game against Ecuador in Quito. He scored his first two goals for his country in the same match.

He was part of the Brazil team who won the 2019 Copa America.

Earnings, Net Worth And Wages

According to reports in the British media, Gabriel Jesus was set to earn £190,000 per week at Arsenal following his transfer to the club from Manchester City in the summer of 2022.

As is the case with most sports stars, there is no official figure available for Gabriel Jesus’s net worth.

Gabriel Jesus came to England in 2017 with his mother and older brother, along with two friends. 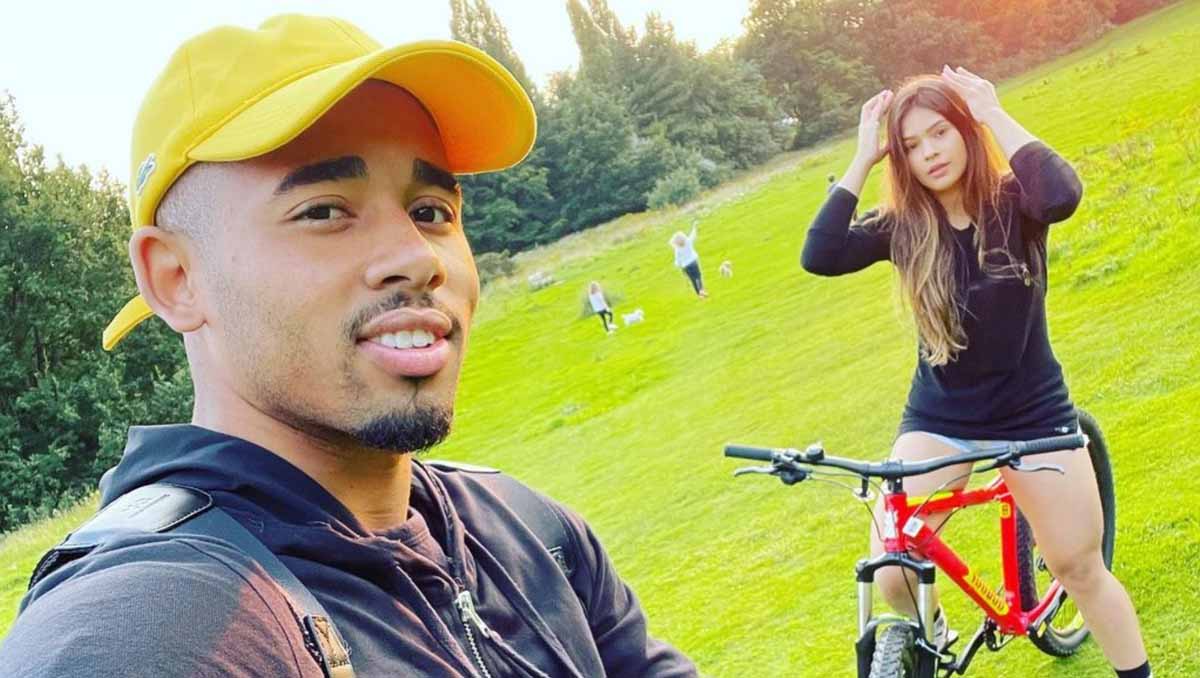 Pep Guardiola, speaking about Gabriel Jesus in April 2022 after he netted a hat-trick against Watford: “Listen, in this world of football, if there’s one person who deserves the best of his life for his family and friends, it’s Gabriel. So all of us, all the club, all the locker room, the staff, players, mates, when he can live one of this situations, I’m happy for him. Because he’s always so generous and it doesn’t matter if he doesn’t know what position he is going to play, just how he fights for his mates is fantastic.”

Mikel Arteta, speaking after Arsenal signed Jesus from Manchester City in the summer of 2022: “I’m very excited. The club has done a tremendous job to recruit a player of this stature. I know Gabriel personally very well, and we all know him well from his time in the Premier League and being really successful here. This is a position that’s been on our radar for a long time now and we have managed to get a player that we all wanted, so I’m really happy.”