Gabriel Martinelli is a Brazilian footballer who plays as a forward for Arsenal.

The 20-year-old attacker burst onto the scene at Arsenal in 2019 and produced some eye-catching performances in the months before and after Mikel Arteta’s appointment as the club’s manager.

He made his first-team debut for Arsenal in August 2019, and although he has suffered some injury issues, he has constantly impressed whenever he has been called upon by the Gunners.

Martinelli scored his first goal for Arsenal in September 2019 and was handed his first Premier League start by interim boss Freddie Ljungberg in December 2019.

He continued to develop under Mikel Arteta following the Spaniard’s appointment as the club’s new manager in December 2019.

Martinelli has been capped by the Brazil Under-23 side and holds Brazil-Italian citizenship. He featured for his country at the 2020 summer Olympics.

So, what do we know about Martinelli’s journey towards becoming the talented attacker he is today? This is his story.

“I was born in Guarulhos, in Bela Vista town, and was raised very close to my grandfather’s home, near Sao Paulo International Airport,” Martinelli explains. “My earliest memories are from when I used to travel to Parana, where my mum is from. I also played a lot of football with my uncles, cousins and my dad.

“I didn’t play a lot on the streets, only sometimes. Most of the time we played at school, we were always playing football at school. Obviously there were kids of many age groups, so I would play against older or younger kids.”

The footballer began his youth career in 2010, playing for Corinthians’ futsal team. In 2015, he moved to Brazilian club Ituano.

“I chose Ituano because it was the city my parents chose to live in,” Martinelli explained in 2019. “In addition, the club has always shown an interest in my football and valued my work, giving me great opportunities to evolve in my career.”

Martinelli also had trials with Manchester United and FC Barcelona. And he admits that being able to spend some time at FC Barcelona was a significant moment in his career, even if it didn’t amount to a transfer.

He said: “It [the trial spell with FC Barcelona] was one of the best experiences I had in football, because, in addition to being one of the biggest clubs in the world, the level of demand in training is very high and made me grow a lot in football, both in terms of quality and tactics, and in terms of thoughts.” 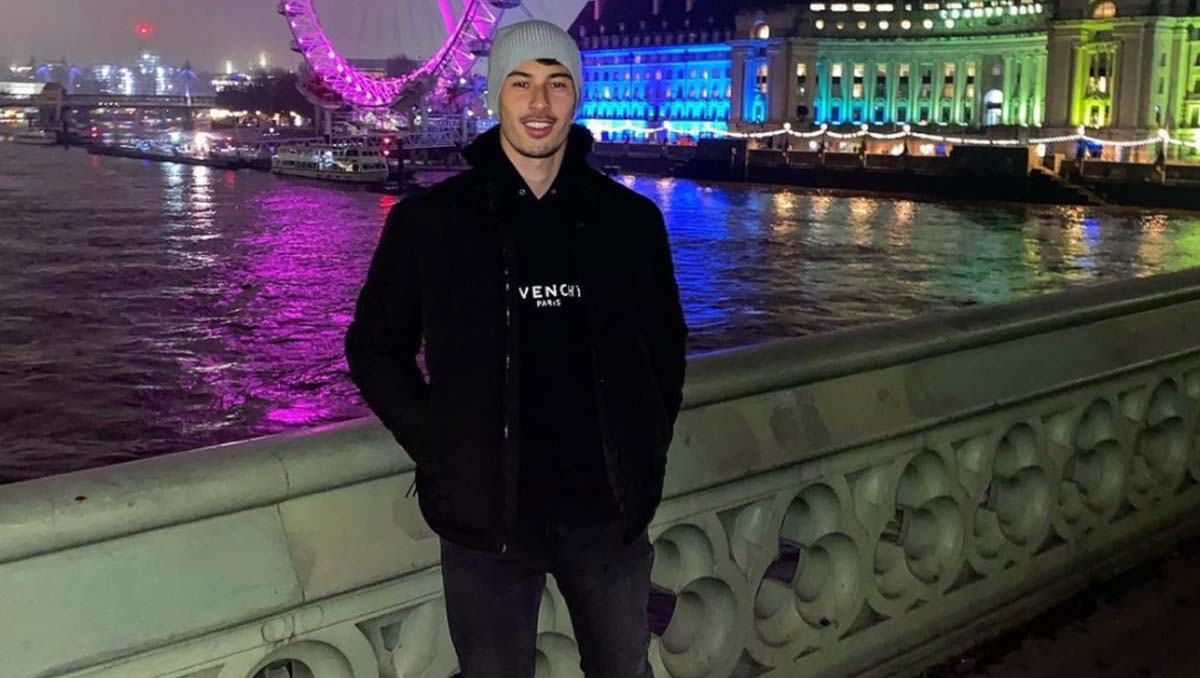 Martinelli says that having support from his family during his formative years was absolutely crucial to his success on the pitch that followed.

“I’ve always known I would be a footballer,” Martinelli said in 2019. “My family and I always believed I could do it. They boosted my confidence and have supported me, no matter what.

“If I didn’t believe in myself, I could never achieve my goals – that’s how I think. I always have positive thoughts before a match, and always try to visualise myself playing well so that I can help my team-mates to win the game.

“That’s something my family taught me to do, to be positive and make the most of the opportunities you’re given. They’ve never left my side and I have to thank them because, without my family, none of this would have happened.”

Martinelli signed his first professional contract on 4 November 2017 with Ituano, and made his senior debut for the club in March 2018, aged 16 years and nine months.

Martinelli netted his first goal for Ituano on 8 September 2018, and he finished the 2019 season with six goals in 14 games in all competitions. In total, he scored 10 goals from his 34 appearances for Ituano.

Martinelli’s impressive performances had not gone unnoticed, and he eventually ended up signing for Arsenal on 2 July 2019, for a reported fee of around £6m.

The Brazilian forward admits that the day he learned of Arsenal’s interest in signing him was a proud one for him.

“One day, out of the blue, [my agent] told me that Arsenal had contacted him and were watching me,” said Martinelli.

“I remember being so happy. It was not only my dream but also my family’s. I’d always worked so hard to make the next step in my career, so to be told that Arsenal wanted to bring me to England to play in the Premier League… that was incredible.”

Under Unai Emery, Martinelli made his Premier League debut for Arsenal on 11 August 2019 in a 1-0 victory over Newcastle United at The Emirates, with the Brazilian coming on as a late substitute.

Martinelli then scored two goals on his first competitive start for Arsenal in a 5-0 home victory over Nottingham Forest in the League Cup third round on 24 September 2019.

Arsenal boss Emery was impressed by what he had seen from Martinelli since his move to the club earlier in the summer, saying after the League Cup win: “He’s hungry to have that opportunity to help us. He is very humble, he fights. I told him to have some patience for his opportunity to do like he was doing. He did that. He deserved it.” 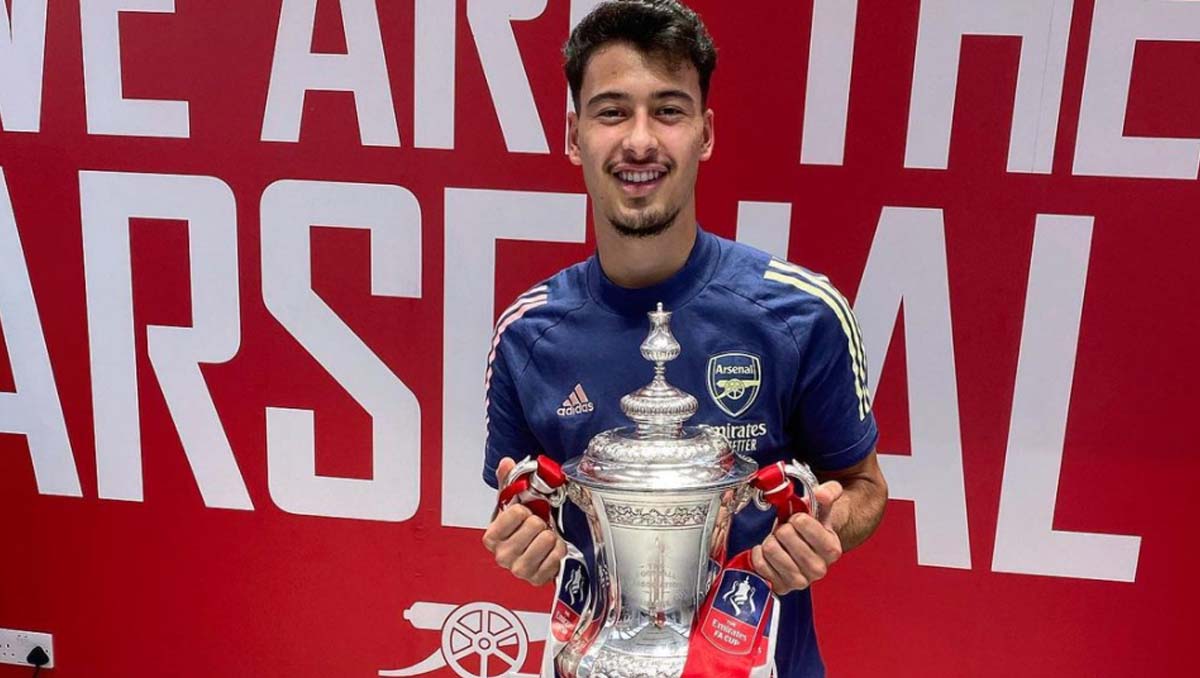 Martinelli made his first Premier League start for Arsenal on 9 December 2019, when he scored in a 3-1 away win at West Ham United under interim boss Freddie Ljungberg.

He finished the 2019-20 season with 10 goals in 26 games in all competitions for the north London side.

Martinelli saw his fine form rewarded in July 2020, when he signed a new long-term contract with the north London club. His weekly wages were reported to be around £30,000 per week.

At the time, Arsenal head coach Mikel Arteta admitted he was thrilled to see the Brazilian commit his future to the north London side.

“I am very happy that Gabi has signed a new contract with us,” said Arteta. “He is a very talented young player and he has impressed us with his performances, attitude and work-rate. We are looking forward to getting him back to full fitness and to watching his development at our club.”

In the summer of 2021, Martinelli was named in the Brazil Under-23 squad for the 2020 Olympics in Tokyo, helping his country to claim the gold medal after defeating Spain in the final. 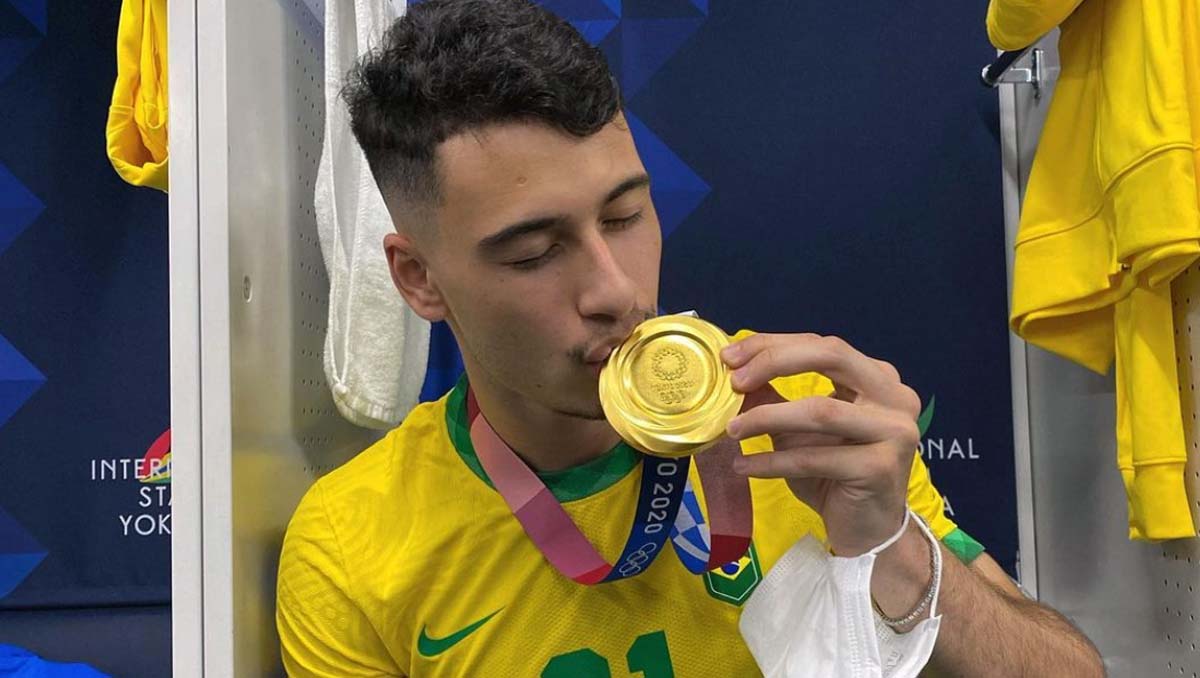 Martinelli has regularly spoken about the important part his family plays in his life.

“I’m very close with my family,” Martinelli explains. “They have been there for every step of the way, whether it’s taking me to training, taking me to school or just giving me the support that I needed. I wouldn’t be here without them and because of that, I have to dedicate my career to them.” 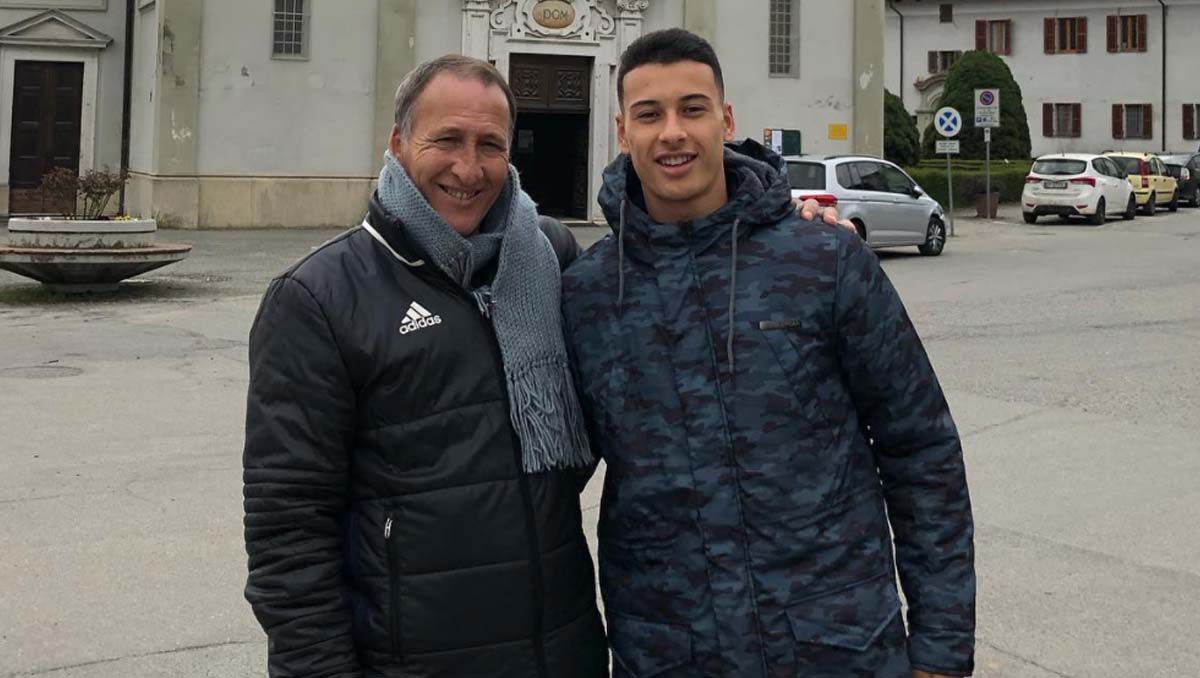 Liverpool FC boss Jurgen Klopp, speaking about Martinelli in January 2022, after the Reds knocked Arsenal out of the League Cup: “Martinelli by the way, everybody should remember that name because he’s an outstanding player.”

Arsenal head coach Mikel Arteta, speaking about Martinelli in December 2021: “He trains incredibly hard, he is always willing to do more and he is not scared or afraid to take risks – and that is what I like about him.

“You cannot play every action at 100mph, it is impossible. It is not very efficient for you because you burn yourself out after a few minutes, and then you’re just chasing a situation and not reading exactly what is needed.

“Gabi is doing much better at that. We have to try to do that without losing the passion, the energy and this capacity he has to just affect the game with the way he acts on the pitch.”