By The Sport Review
Updated on Thursday 19 May 2022 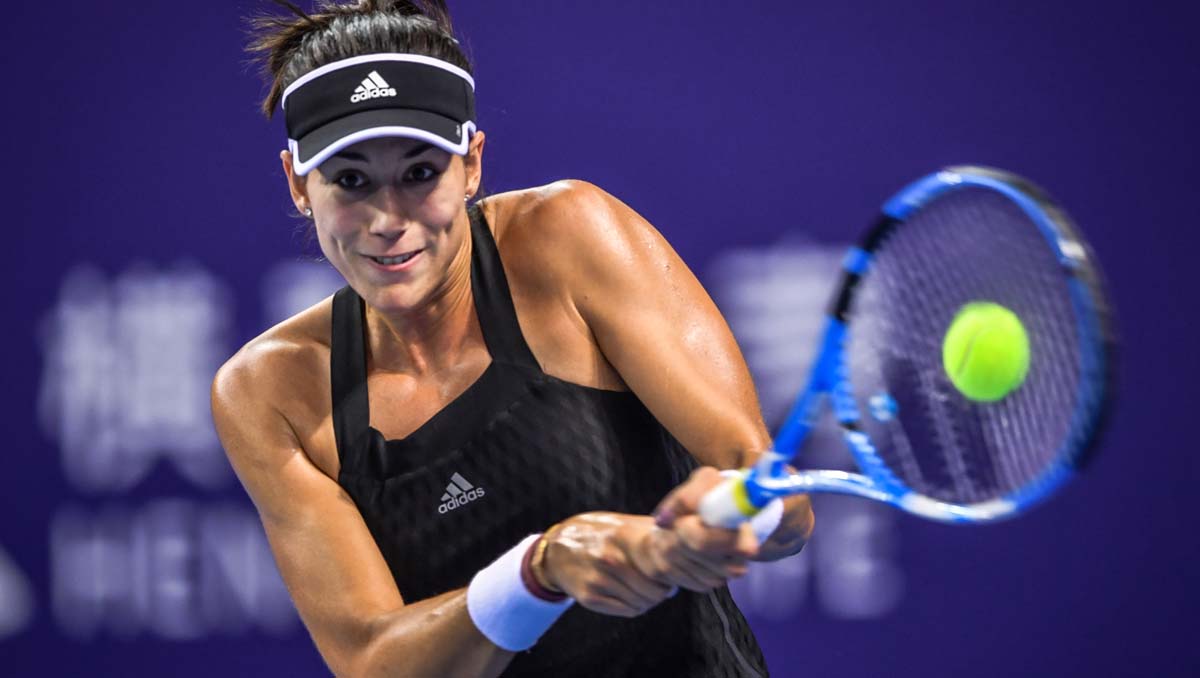 Garbine Muguruza is a Spanish tennis player. She won her first grand slam title at the 2016 French Open.

Born in Caracas, Venezuela to a Venezuelan mother and a Spanish father, Muguruza began playing tennis when she was around three years old.

She moved to Spain with her family when she was six years old and later began training at the Bruguera Tennis Academy near Barcelona.

Muguruza turned professional in 2012 and won her first WTA singles title at the Hobart International in 2014.

She continued to make impressive progress and netted her first grand slam title at the 2016 French Open, before also winning Wimbledon in the following year.

Muguruza won her first WTA Finals title at the 2021 edition of the end-of-season tournament, beating Anett Kontaveit in the final.

So, what do we know about Garbine’s impressive journey to becoming the talented tennis player she is today? This is her story.

Her mother, Scarlet Blanco, is from Venezuela, and her father, Jose Antonio Muguruza is from the Basque Country in Spain. She has two elder brothers named Asier, who is an engineer, and Igor, who is an economist.

Although she was born in Venezuela and holds dual citizenship with Spain, Garbine chose to represent Spain when playing tennis. Speaking about the difficult decision to choose to play tennis under the Spanish flag, she said at the time: “I have Venezuela and Spain in my blood and heart, and family in both countries.”

Garbine began hitting tennis balls when she was around three years old and her earliest memory of the game was hitting with her brothers. She and her family moved to Spain when she was six years old.

“I was about three years old when I started playing in Venezuela with my two older brothers,” Garbine said in an interview with Elle in 2017. “They’re 12 and 11 years older, so I was always the little one. While they were playing, I would be outside looking until I jumped onto the court, took a racket, and started playing.

“I was always following my brothers. They don’t [play tennis anymore]. They have their careers and are working, but they tried-they weren’t able to make a job out of it, so I was the last hope of the family. 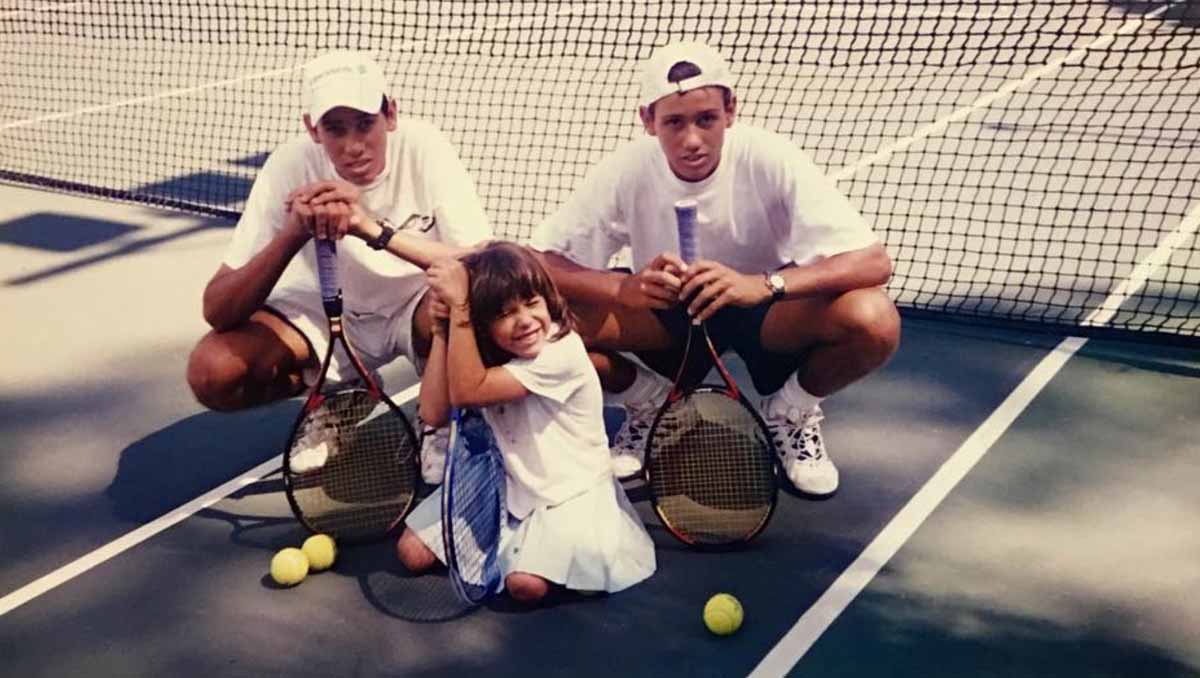 “We’re all really passionate about tennis, but my parents never played. If my brothers hadn’t played, I never would have picked up a racket, and I wouldn’t have followed them to Spain. I wouldn’t be the tennis player I am right now.”

After moving to Spain with her family when she was six, Muguruza began training at the Bruguera Tennis Academy near Barcelona.

She continued: “The first tournament I ever played, I won. I was six years old. Then I moved to Spain and at all the tournaments I’d play, I would be really good in my age [group]. That made me realize that I could be a pro. I actually made the family dream come true just by playing for fun.” 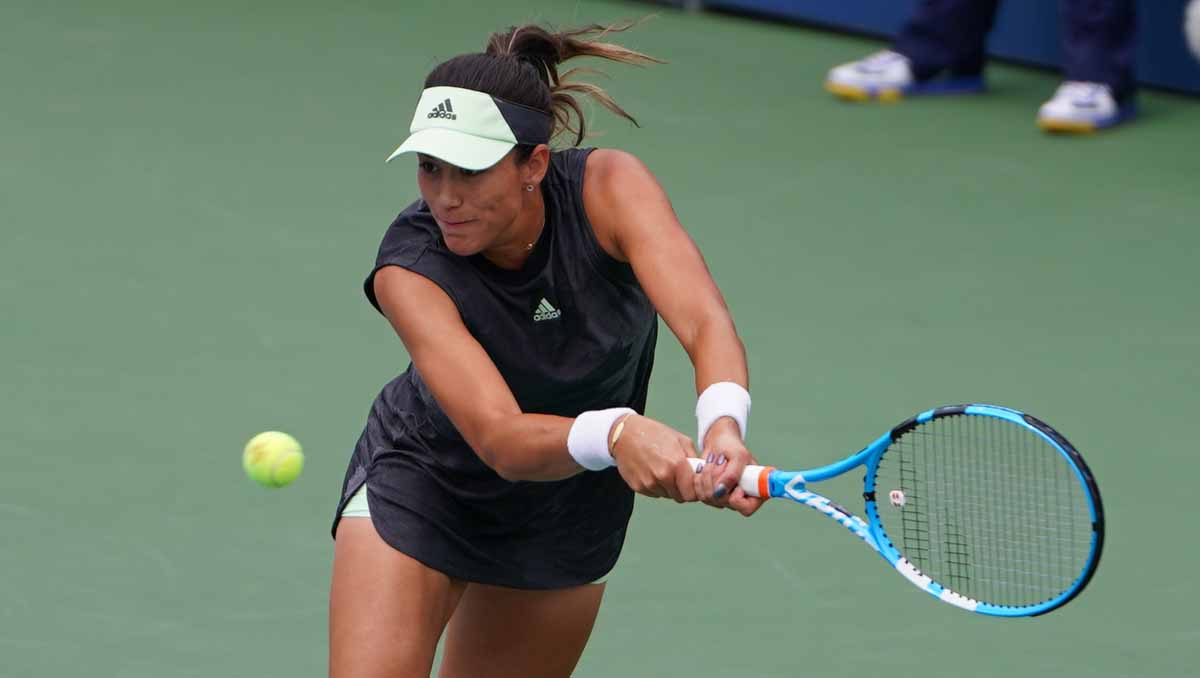 Muguruza turned professional in 2012 and made her main-draw debut on the WTA Tour when she was handed a wildcard at the Miami Open in the same year. She beat Vera Zvonareva Flavia Pennetta to reach the last 16, where she lost to eventual champion Agnieszka Radwanska.

Her first WTA title came in January 2014, when Muguruza came through qualifying to win the Hobart International, beating Czech Klara Zakopalova 6-4 6-0 in 70 minutes in the final.

“I can’t explain in words how happy I feel,” Muguruza said after receiving her first WTA trophy. “Last year I was injured for six months and it’s amazing to be here. I won my first doubles title in Hobart last year so I guess I’m in love with Hobart now.” 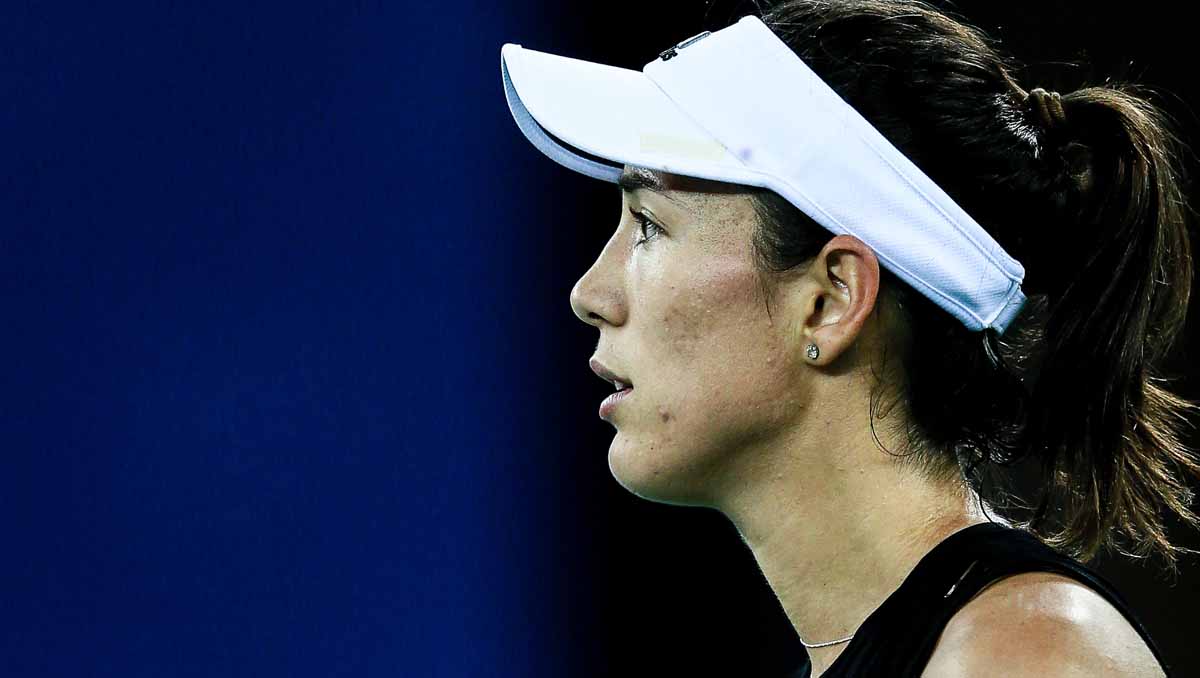 Muguruza continued to make steady progress and reached her first grand slam final in 2015 at Wimbledon, where she lost to Serena Williams 6-4 6-4. Her impressive run at Wimbledon pushed her into the top 10 in the world rankings for the first time in her career.

She continued to make brilliant progress and ended 2015 as the world number three.

Muguruza won her first grand slam title at the French Open in 2016. She faced Serena Williams in the final and gained revenge for her defeat at Wimbledon the year before, triumphing 7-5 6-4.

“I’m so, so excited – to play in a grand slam against one of the best players, it’s the perfect final,” Muguruza said after winning the French Open title. “I’m so happy. I had to be very ready and concentrated on all the points and just to fight as much as I can.

“All the matches I’ve played against her helped me. It’s our favourite tournament in Spain and I want to thank all my Spanish supporters.” She ended 2016 as the number seven in the world rankings.

Muguruza collected her second grand slam crown in the summer of 2017 at Wimbledon. She beat Venus Williams in straight sets 7-5 6-0 in the final to claim the Wimbledon trophy.

“I had the hardest match today against Venus,” said Muguruza afterwards. “She’s such an incredible player. I grew up watching her play. I feel incredible to be able to play her here. Of course I’m nervous because I always dreamed about winning it, but I was composed.” 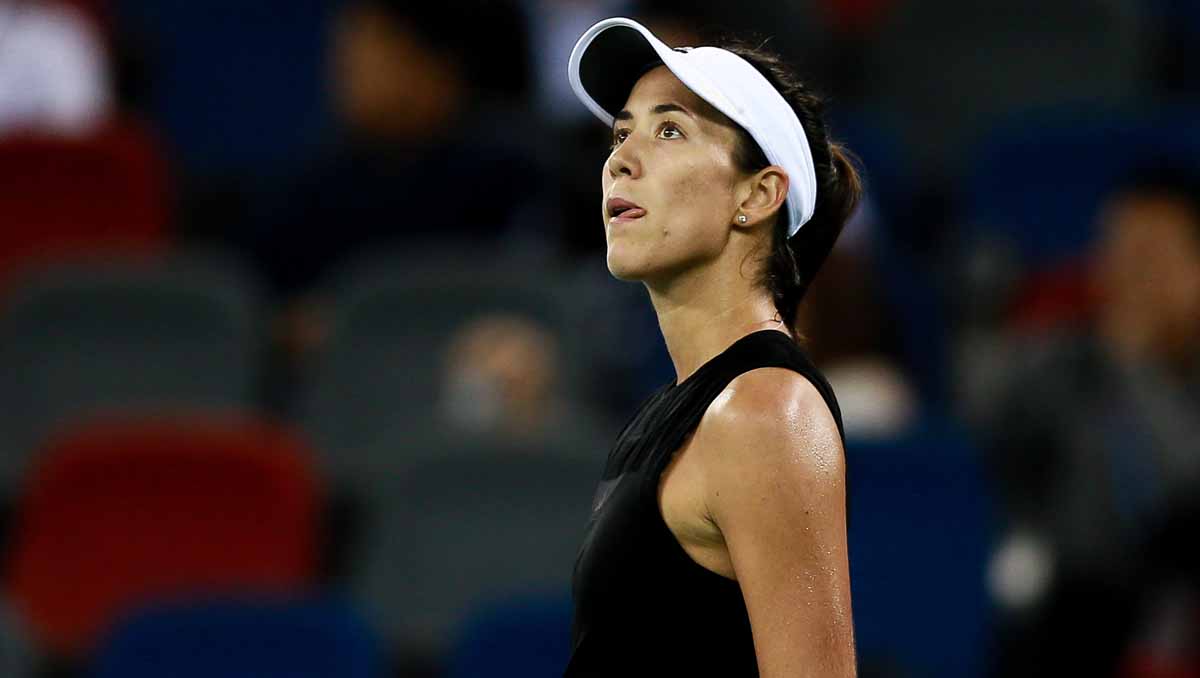 After enduring something of a dip in form in the next couple of years – although she did reach the semi-finals of the French Open in 2018 – Muguruza reached her fourth grand slam final at the 2020 Australian Open.

She ended up losing to American Sofia Kenin 4-6 6-2 6-2 in the final in Melbourne. “I’m not very happy about my performance,” said Muguruza after the defeat. “I had to play better because she came up with a great level. At the important moments I didn’t find my shots. She found her shots.”

Muguruza enjoyed a strong end to the 2021 tennis season, finishing with a year-end ranking of number three in the world and reaching the WTA Finals as a result.

She beat Anett Kontaveit in straight sets 6-3 7-5 in the final of the season-ending event, held in Guadalajara, Mexico, to win the title for the first time and land her 10th WTA singles title.

“Right now, I feel extremely happy and relieved,” said Muguruza after winning the title. “It’s a tournament that I’ve struggled at the beginning, then I managed to play well.

“I think I’m staying composed a little bit now because it means really a lot to me to win such a big, big, big tournament in Latin America, here in Mexico. I think it’s just perfect.” 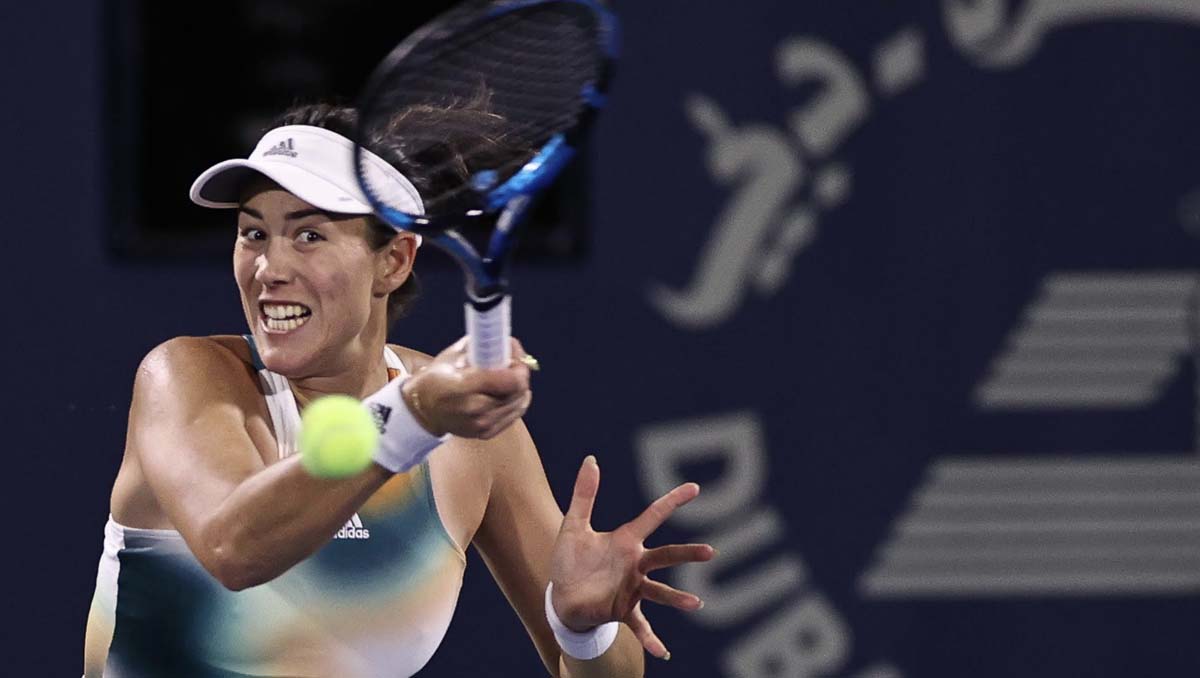 Away from the sport, she enjoys cooking, reading and listening to music.

Serena Williams, speaking after losing to Muguruza in the 2016 French Open final: “It was OK. I’m not one to ever make excuses and say, like, ‘Oh, my adductor was hurting,’ or whatever.

“At the end of the day I didn’t play the game I needed to play to win and she did. Adductor or not, she played to win. She won the first set by one point. I mean, that just goes to show you that you really have to play the big points well, and she played the big points really well.”

Tracy Austin, speaking after Muguruza won the 2017 Wimbledon title by beating Venus Williams in the final: “To see your name on the board of winners must be so special for her. She was among the list of favourites since we knew Serena Williams was not going to play. Garbine wasn’t right at the top of the list though, having lost matches in the warm-up events.

“It was a strange ending because it ended on a challenge. Then she looked up and wondered if this was true – a dream. Her life will change forever.”