By The Sport Review
Updated on Tuesday 28 June 2022 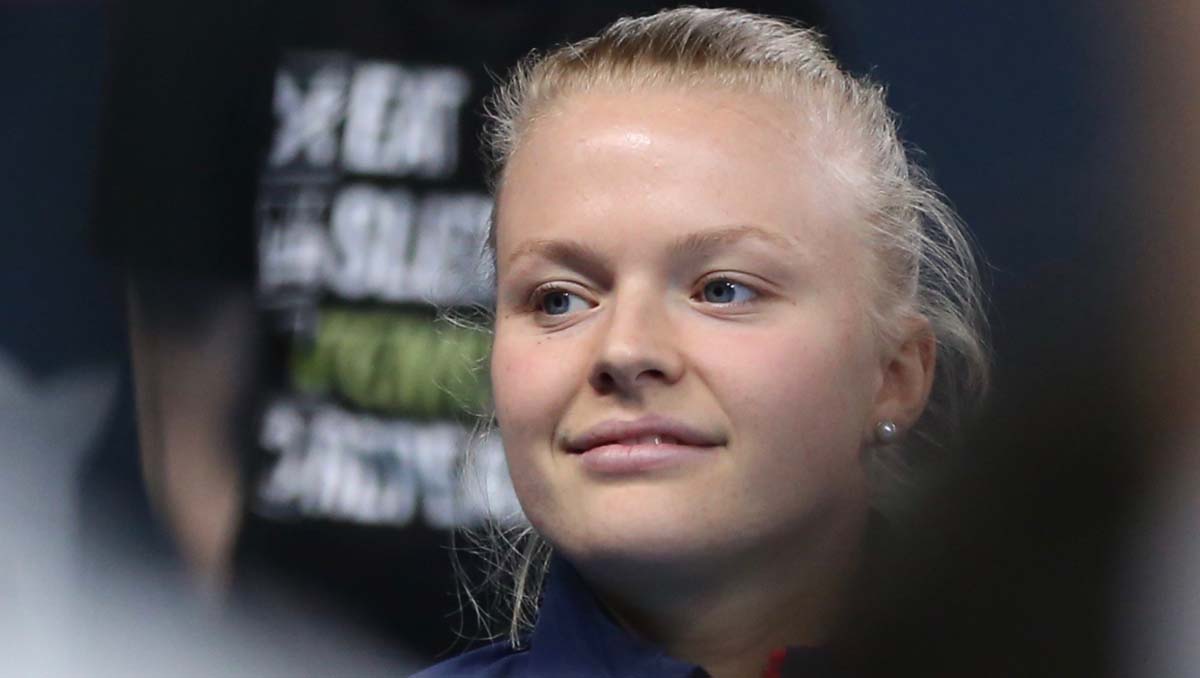 Harriet Dart is a British tennis player. She made her WTA Tour debut at the Eastbourne International back in 2015.

The 26-year-old was introduced to tennis by her parents at the club they first met at in north London when she was around seven years old.

An avid Arsenal supporter, Dart made her WTA Tour debut at the 2015 Eastbourne International tournament.

She won her first singles titles on the ITF circuit back in 2018 and then enjoyed a steady rise up the rankings. In 2019, she reached the third round of Wimbledon, where she lost to Ash Barty.

Dart enjoyed a significant breakthrough at the Indian Wells WTA 1000 event, where she made it through to the last 16, before losing to Madison Keys of the USA.

She then reached the quarter-finals of a WTA tournament for the first time at the Nottingham Open in June 2022.

So, what do we know about Harriet’s journey to becoming the talented tennis player she is today? This is her story.

Harriet Dart was born on 28 July 1996 in London, England to parents Nick and Susie. She has a sister named Phoebe. Harriet attended the Royal School in Hampstead, an independent girls’ school.

Dart was first introduced to tennis by her parents when she was around seven years old, at the Cumberland Lawn Tennis Club in north London – the club where her parents first met.

“I’ve dreamt of being world number one and winning a grand slam since I was very little and saw [Maria] Sharapova on the television,” Dart said in an interview with The Independent back in 2017. “Pretty much all my life has been around tennis. It’s always something I wanted to do.”

Dart admitted that the early years of her professional tennis career came with their challenges, but her drive to succeed in the sport helped to spur her on. 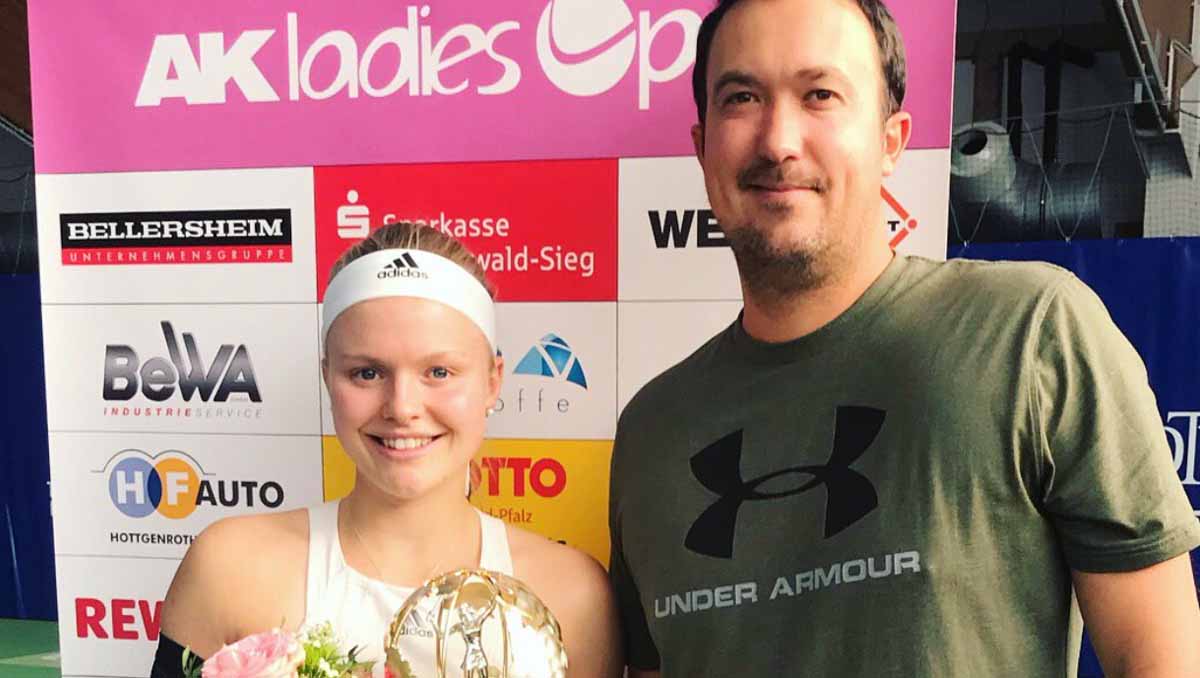 “If I didn’t enjoy doing it and love competing I wouldn’t be in this sport,” she explains. “I love everything that comes with it even though there’s a lot of bad things – travelling isn’t always fun for 24 hours on your own sitting in economy. But I love competing. I want to see how far I can get and just be the best I can be.”

Dart made her WTA main-draw debut in June 2015 when she was handed a wildcard at the Eastbourne International. She lost in the first round to Dominika Cibulkova of Slovakia.

Dart’s early career was hampered by injuries and health issues. She suffered a foot injury in October 2015 which ruled her out for six months. In 2016, she struggled with a serious hip injury, and in early 2017 she contracted pneumonia.

After having some success in doubles on the ITF circuit, Dart won her first ITF singles title in February 2018 when she came through qualifying to win the $25k Altenkirchen event in Germany, triumphing over Karolina Muchova of the Czech Republic in the final.

She continued to enjoy steady progress in 2018 and reached another ITF level final in March, losing to Veronika Kudermetova in the showpiece match of the $25k event in Yokohama, Japan.

Dart made her grand slam main draw debut at Wimbledon 2018 after being handed a wildcard. She lost her first-round match against Karolina Pliskova in three sets.

In October 2018, Dart collected her second $25k ITF level title in Oslo, with Spain’s Paula Badosa retiring in the final with the score at 6-2 1-0.

The year of 2019 ended up being a solid one for Dart, who came through qualifying to reach the first round of the Australian Open in January before falling to Maria Sharapova in round one.

She made it through to the second round of the Nottingham Open in June 2019, before losing to Ajla Tomljanovic in three sets. 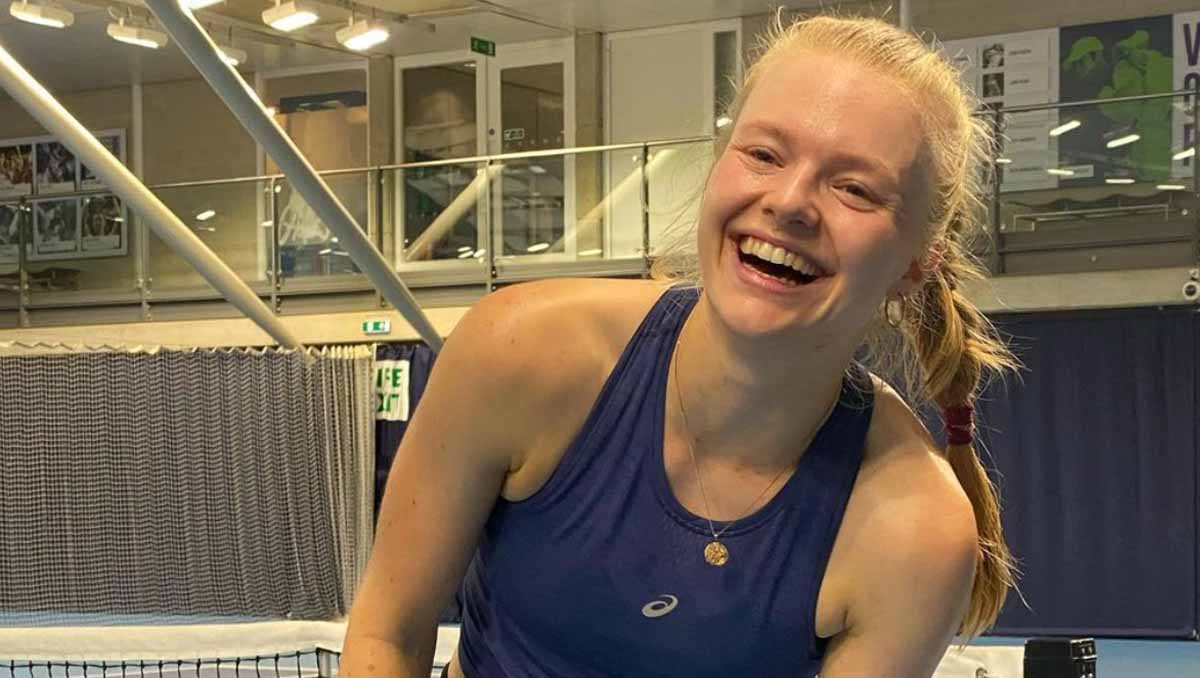 Dart then enjoyed a strong run at Wimbledon 2019. After being handed a wildcard into the main draw, Dart beat Christina McHale and Beatriz Haddad Maia to make it through to the third round of a grand slam for the first time. She ended up losing to Ash Barty 6-1 6-1 in her third-round match.

Dart came through qualifying to reach the first round of the US Open in 2019, before losing to Ana Bogdan of Romania in round one.

Harriet began 2020 strongly and came through qualifying to reach the first round of the Australian Open. There, she beat Misaki Doi of Japan to reach round two in Melbourne for the first time. She lost to Simona Halep of Romania in the second round.

Dart enjoyed something of a breakthrough in the first half of 2022 at the WTA 1000 event at Indian Wells. After coming through qualifying, Dart overcame Ana Konjuh, Elina Svitolina and Kaia Kanepi to reach the last 16.

Speaking after making it to the fourth round at Indian Wells, Dart said: “My ranking might not show where my level is, but I’ve always believed my level has been there. I put in the work day in, day out, and finally to be able to put a run like this together, it’s not by chance.”

Dart lost to Madison Keys of the USA 6-1 6-4 in the fourth round, but still took the positives from her impressive run at Indian Wells. 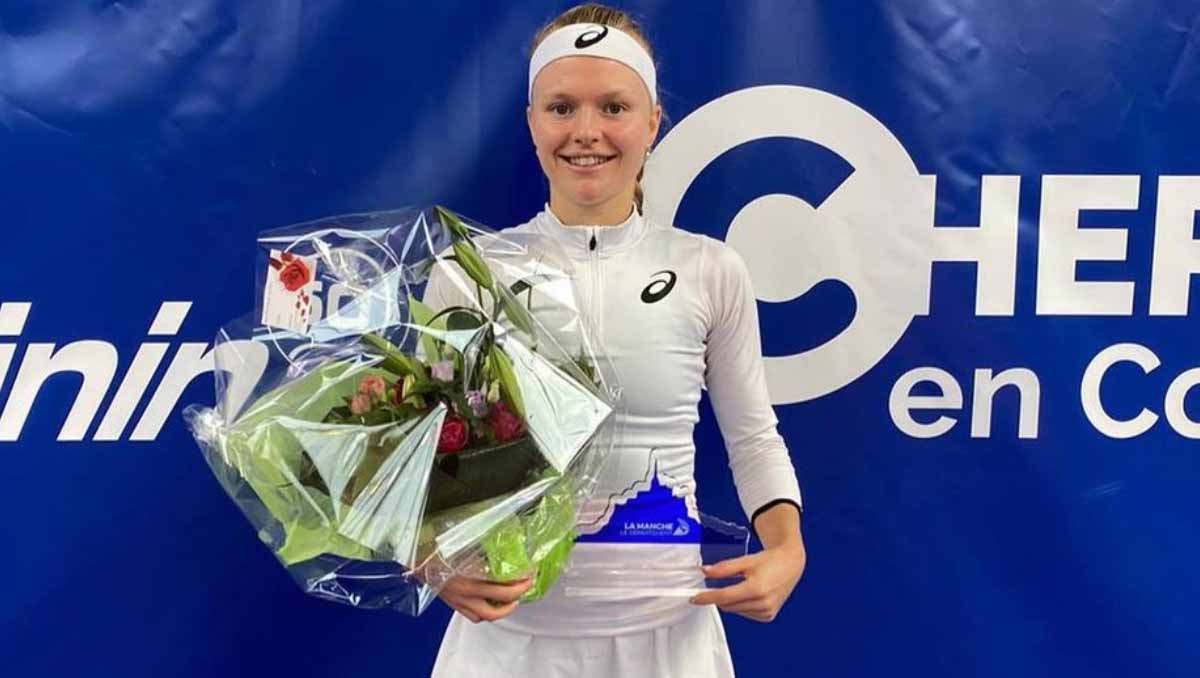 “This week has been an incredible turning point for me,” Dart said. “To try and not forget about the good matches that I have played this week is super important. I thought Madison played a great match today and I think she would have beaten most people. I was definitely a little bit flat – a sixth match was maybe a step too far.”

At the Nottingham Open in June 2022, Dart beat Donna Vekic and Camila Giorgi to reach the quarter-finals, where she lost to Alison Riske.

Away from tennis, Dart is an avid supporter of Arsenal Football Club.

She enjoys spending time with family and friends and is a fan of going to concerts, fashion and interior design. 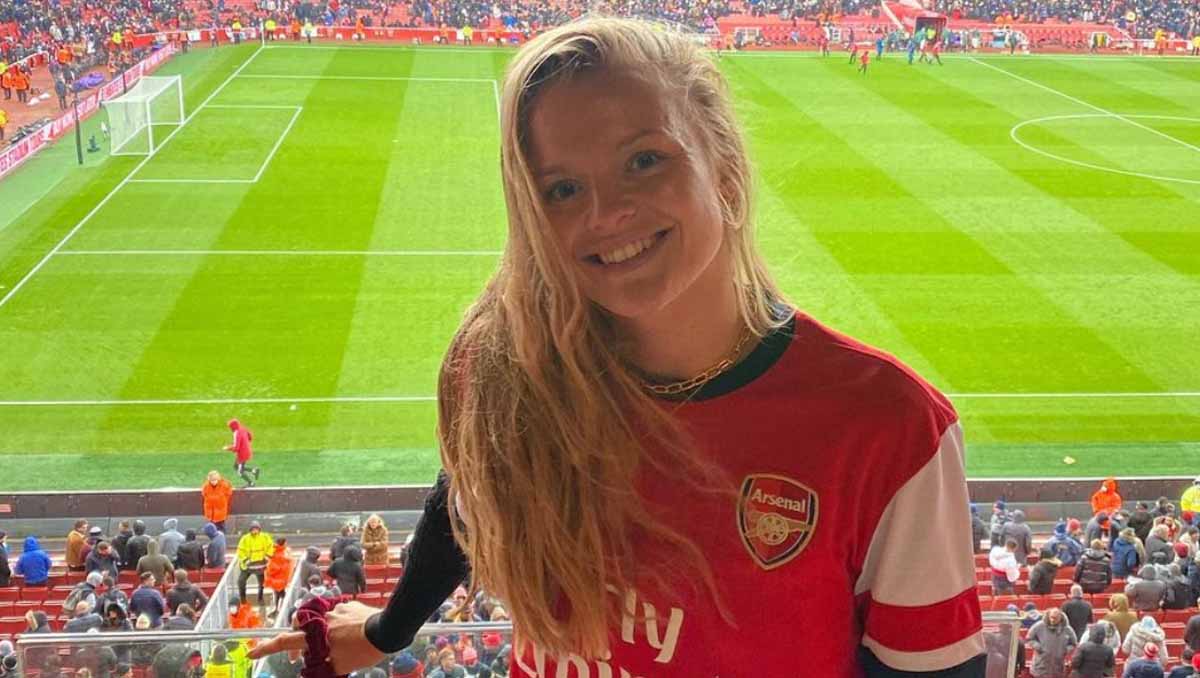 Alison Riske, speaking after beating Dart in the quarter-finals of the Nottingham Open in June 2022: “Today was an absolute battle. Harriet played some awesome tennis and I think I’m quite fortunate to get through this one. I’m definitely excited to be in a semi-final, to be able to play another match and thank you to everyone who came out. I was so preoccupied with what Harriet was going to do to me that (the conditions) were the least of my concerns. It was challenging at times but my biggest challenge was Harriet herself. Harriet is awesome on all surfaces but I think she has a great game for grass. She changes direction really well and it was a battle. I’m fortunate to be victorious today.” 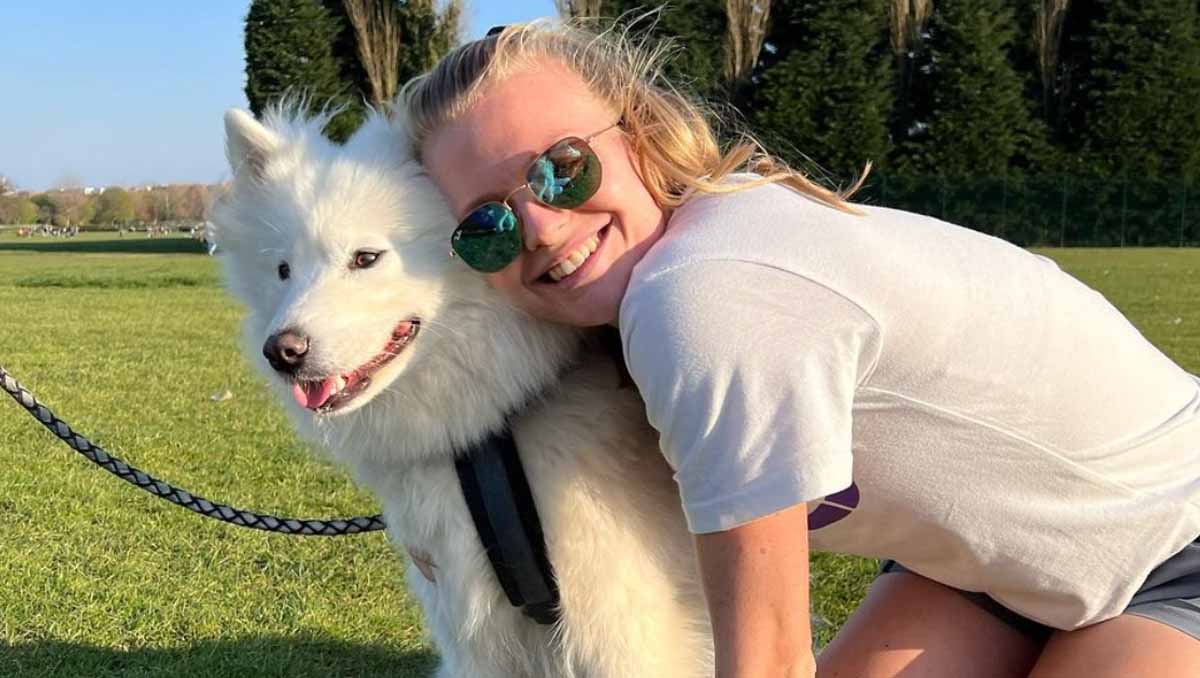 Ash Barty, speaking after beating Dart in the third round of Wimbledon in 2019: “I think today was I was able to overpower her a little bit but it wasn’t a 6-1, 6-1 scoreline kind of match. I think she is going to have a bright future and Centre Court will be a special place for her.”