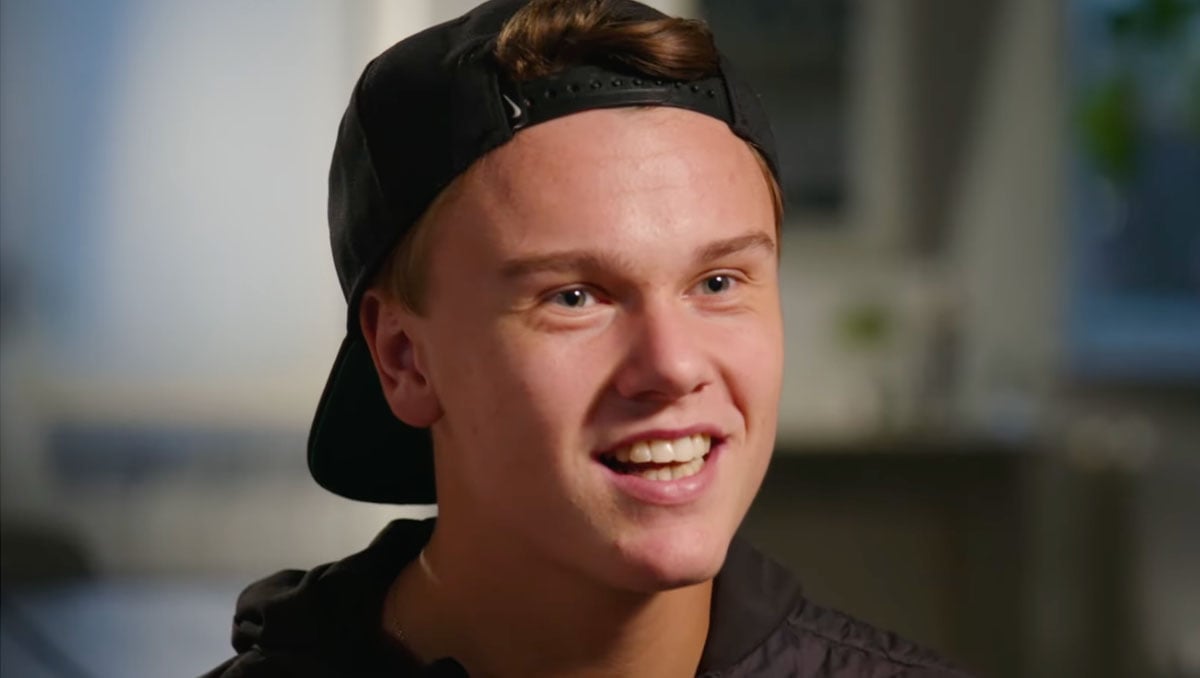 Holger Rune is a Danish tennis player. He won his first ATP Tour title in Munich in May 2022.

The 19-year-old was born in Gentofte, Denmark in 2003 and initially became interested in tennis from a young age after watching his older sister play the sport.

In his early years, he also played football (soccer) but turned his focus to tennis, preferring to compete in an individual sport. He began playing regularly with his sister and made impressive progress.

Rune was a strong junior player and achieved the number one world ranking in 2019, before turning professional in 2020.

Rune made his ATP Tour debut as a wildcard in the Argentina Open in March 2021. He won his first ATP Tour title in May 2022 in Munich and went on to reach his first grand slam quarter-final at the French Open.

So, what do we know about Rune’s journey to becoming the talented and promising tennis player he is today? This is his story.

“Holger is definitely a perfectionist,” his mother said in an 2022 interview. “He was a very happy kid – he still is.”

Rune played football (soccer) from an early age but he says that he switched his focus to tennis because he preferred the control of situations that playing an individual sport brought. 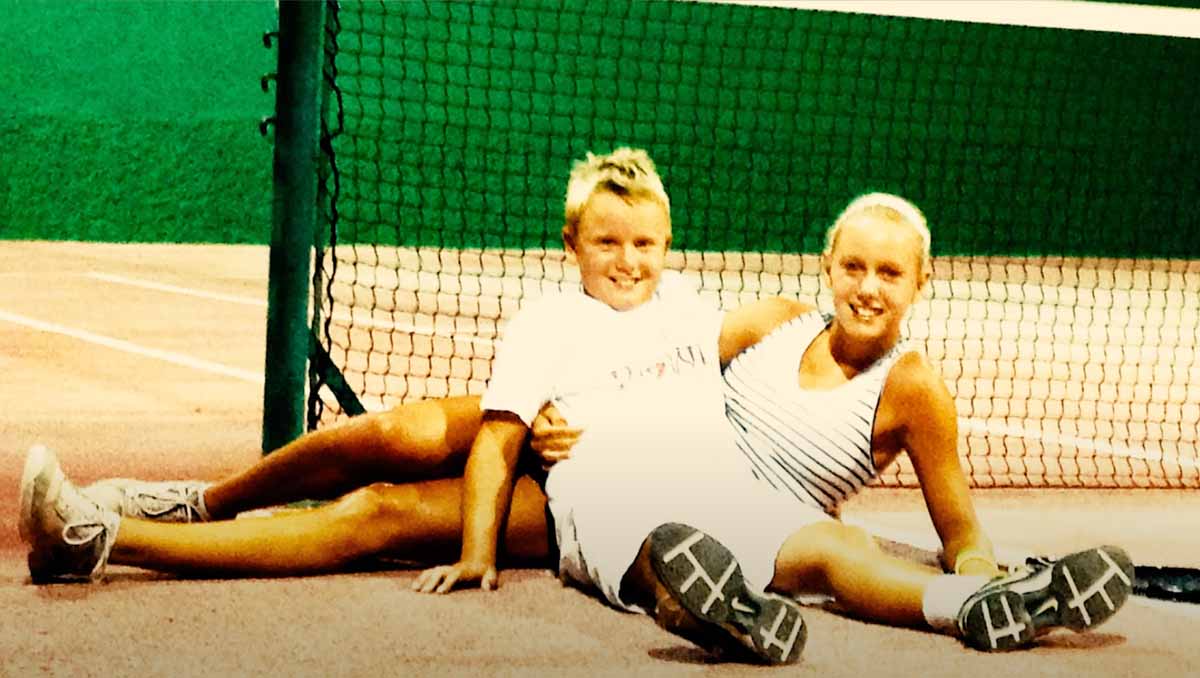 “Soccer was my first sport,” Rune said. “What I didn’t really like about soccer was that you were a team, because it was not all up to me. I like to be the only one on the court, to take control and the things I can do.”

He first became interested in playing tennis after watching his sister play the sport from a young age, with Holger having first started hitting balls when he was around six years old.

“I started playing when I was six years old, and it was with my sister,” says Rune. “That’s the first memory I have, playing with my sister in the club. We played with the soft balls, mini-tennis, and we had a lot of good fights together, tie-breaks and stuff.” 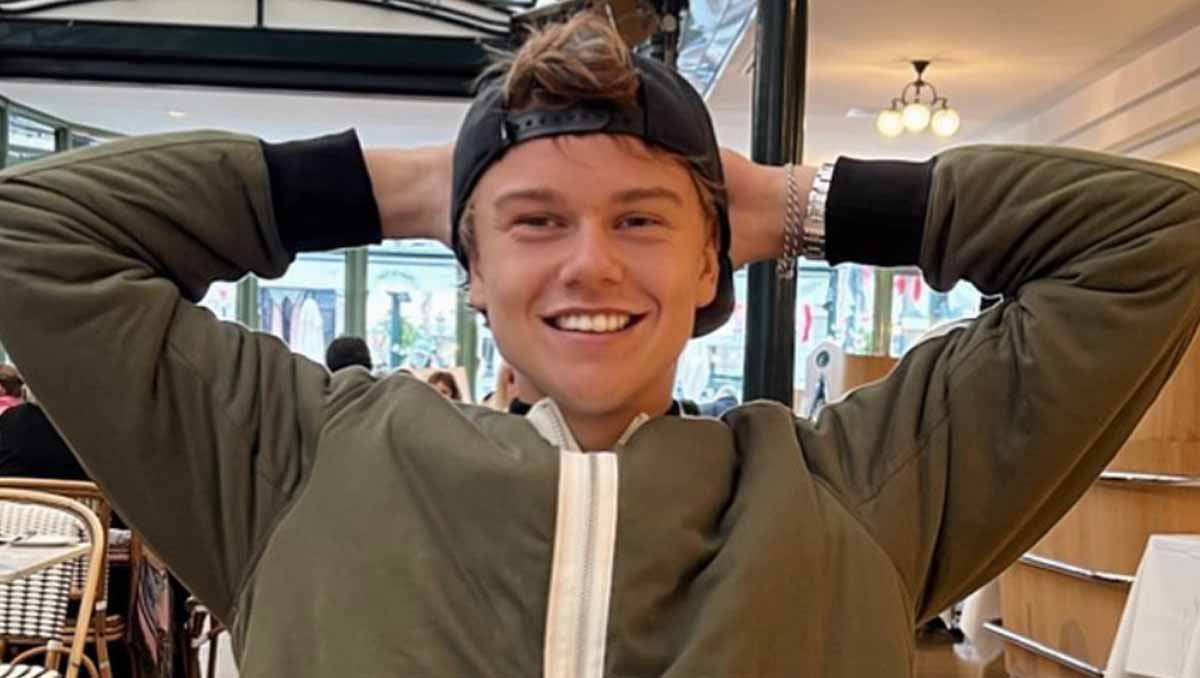 Playing together regularly, the siblings helped each other improve. “I think because we could play tennis together and because there is the gap of four years, it brought us really close,” explained Holger’s sister Alma in an interview with the Tennis Channel in March 2022.

“He naturally started playing more tennis. Every time he got close to me I took another development step up so we kept pushing each other. I think maybe around age 12 or 13, we were at the same level, and then after that, he began to beat me.”

Holger has admitted that having a hitting partner in the family helped him to hone his skills from an early age as the pair challenged and pushed each other to improve. 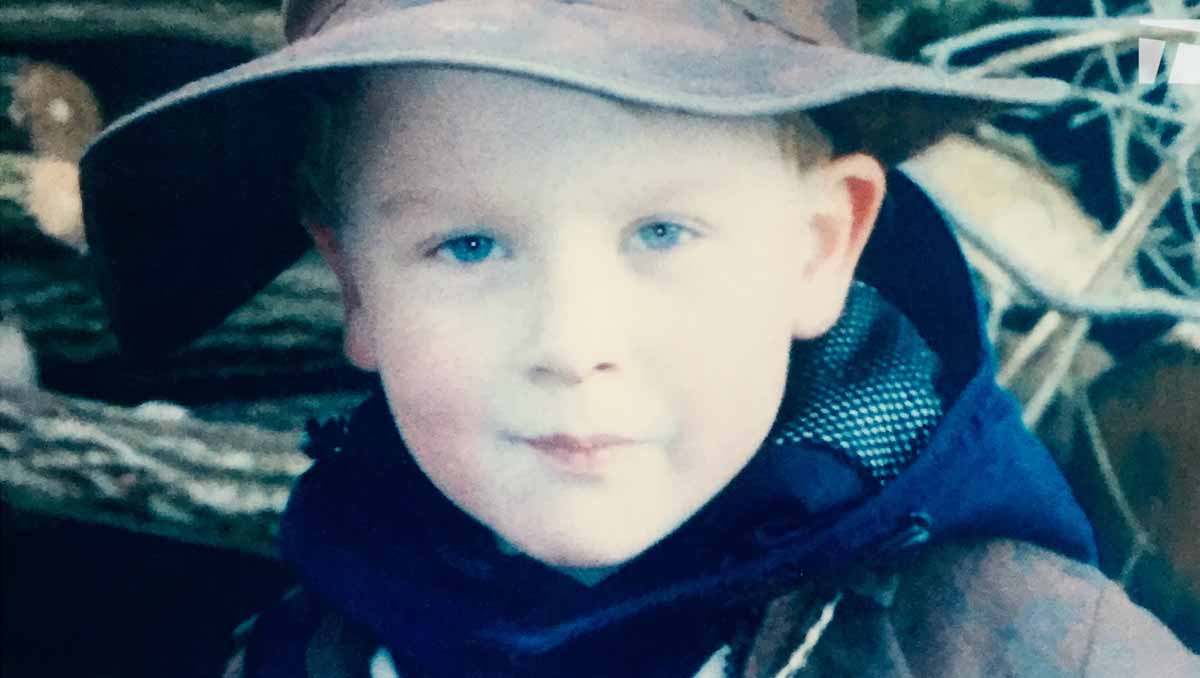 “To have my older sister playing tennis before me was incredible,” says Holger. “When we started, we played a lot together, in the mornings, evenings, whenever, because I wanted to play all the time. I got better, she got better, we were so good for each other.”

Holger began working with coach Lars Christensen when he was just over six years old, and it soon became clear that Rune had big aspirations for a career in the sport.

“I think he was around seven or eight years old when he announced that he wanted to be the best player in the world,” coach Christensen told the Tennis Channel. “He learned all the technical stuff and then I taught him everything about footwork and we’ve been growing together all the way through.”

Rune’s favourite shot is forehand, his top tournament is Roland Garros and preferred city on tour is Paris.

Rune was a strong junior player and peaked at number one in the world rankings in October 2019.

In total, Rune won seven junior singles titles, six of which were on clay courts. 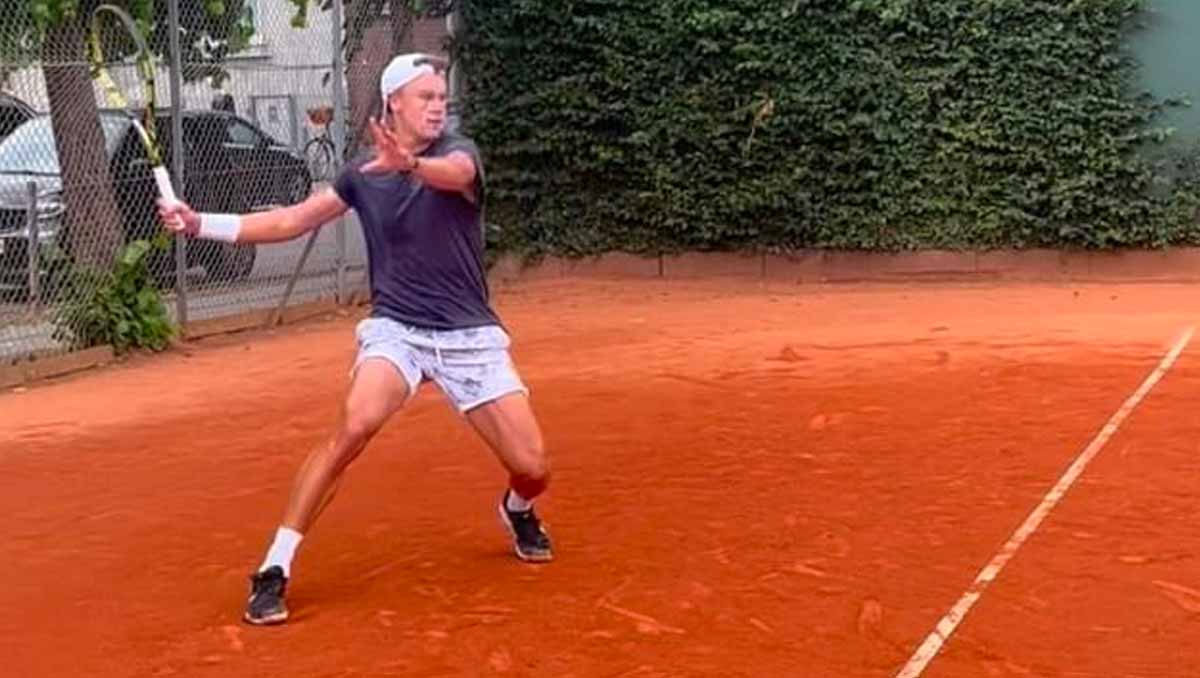 Rune turned professional in 2020 when he was just 16 years old. He won his first ITF title at an M25 event in Switzerland in September 2020.

He made his ATP Tour main-draw debut at the Argentina Open in March 2021 after being handed a wildcard. He lost in the first round to Albert Ramos-Vinolas of Spain in three sets.

Rune then made impressive progress at the 2021 Chile Open shortly after. He was handed a wildcard into the qualifying draw and won three matches to reach the first round proper. There, he won his first ATP Tour main draw singles match, beating Sebastian Baez in straight sets. He then reached the third round by beating Benoit Paire, before losing to Federico Delbonis of Argentina in round three.

He made his grand slam main-draw debut at the 2021 US Open. After having been handed a wildcard into qualifying, he won all three of his matches to reach the main draw. In the first round, he lost to top seed Novak Djokovic.

His impressive form in 2021 helped him to break into the world’s top 100 for the first time in his career in January 2022.

Rune won his first ATP Tour singles title at the Bavarian International Tennis Championships in Munich in May 2022.

After having been handed a wildcard into the main draw, Rune beat the likes of Alexander Zverev, Emil Ruusuvuori and Oscar Otte to reach the final. In the final, he overcame Botic Van de Zandschulp of the Netherlands, who retired during the first set with the score at 3-4. 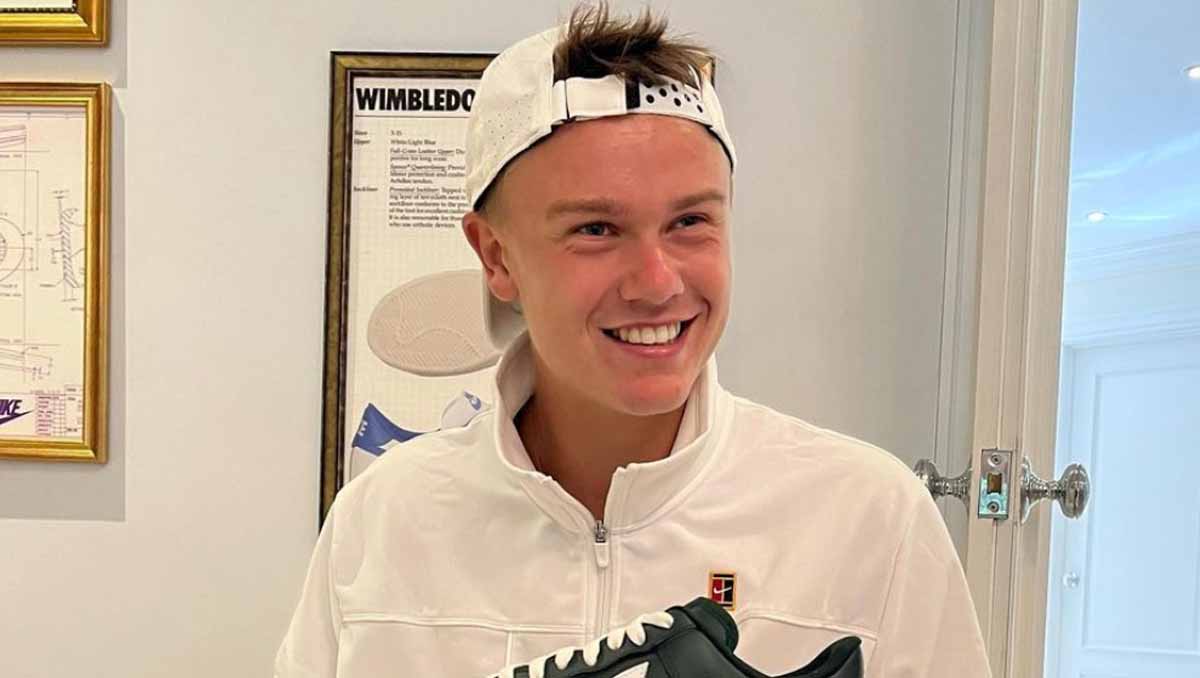 Speaking after claiming the title, Rune said: “It means a lot. It was my ultimate goal for this year to be able to win my first ATP 250 title. It happened today and I’m super happy about that and excited about the future. This can only bring good things out of me and I’m going to stay working hard and just try to achieve more things.” 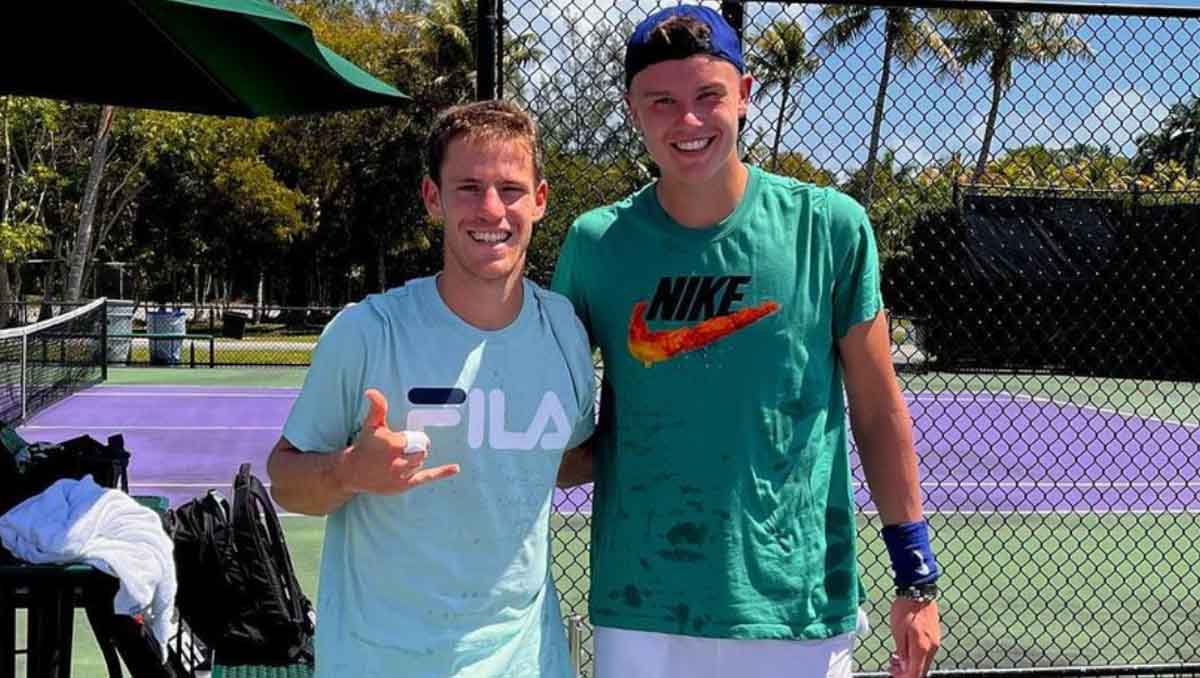 Rune then followed up his first title with the best run at a grand slam in his career up until that point at the 2022 French Open.

A direct entrant to the main draw at Roland Garros in Paris thanks to his ranking, Rune beat the likes of Denis Shapovalov, Henri Laaksonen and Stefanos Tsitsipas to reach the quarter-final of a grand slam for the first time in his career. In the quarter-finals, he lost to Norway’s Casper Ruud in four sets.

Away from tennis, Holger enjoys relaxing with activities such as watching other sports and seeing movies.

“I like sports in general, like football and basketball,” he says. “Honestly, I’m pretty lazy, so I like to watch a good movie and watch some Netflix.” 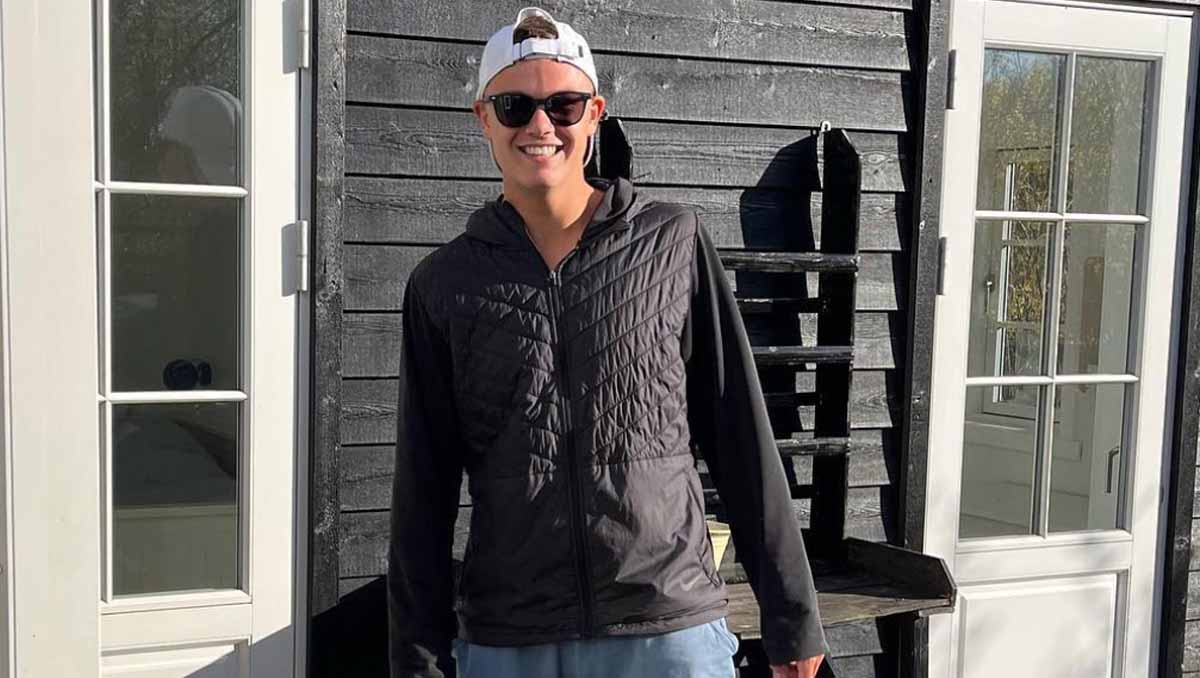 He enjoys juggling, a skill he says that he acquired from his coach Lars. “Actually my coach was in the circus,” said Rune. “He can do all these things, and he taught me how to do it. I can do it with three or four balls. I’m good at it, but not unbelievable!”

Stefanos Tsitsipas, speaking after losing to Rune in the fourth round of the 2022 French Open: “[He is] very consistent, very precise. But he gets tight. When he gets down, he has his forehand [in] a very extreme grip, I don’t know about … anyway, he’s a grinder.”