By The Sport Review
Updated on Friday 24 June 2022 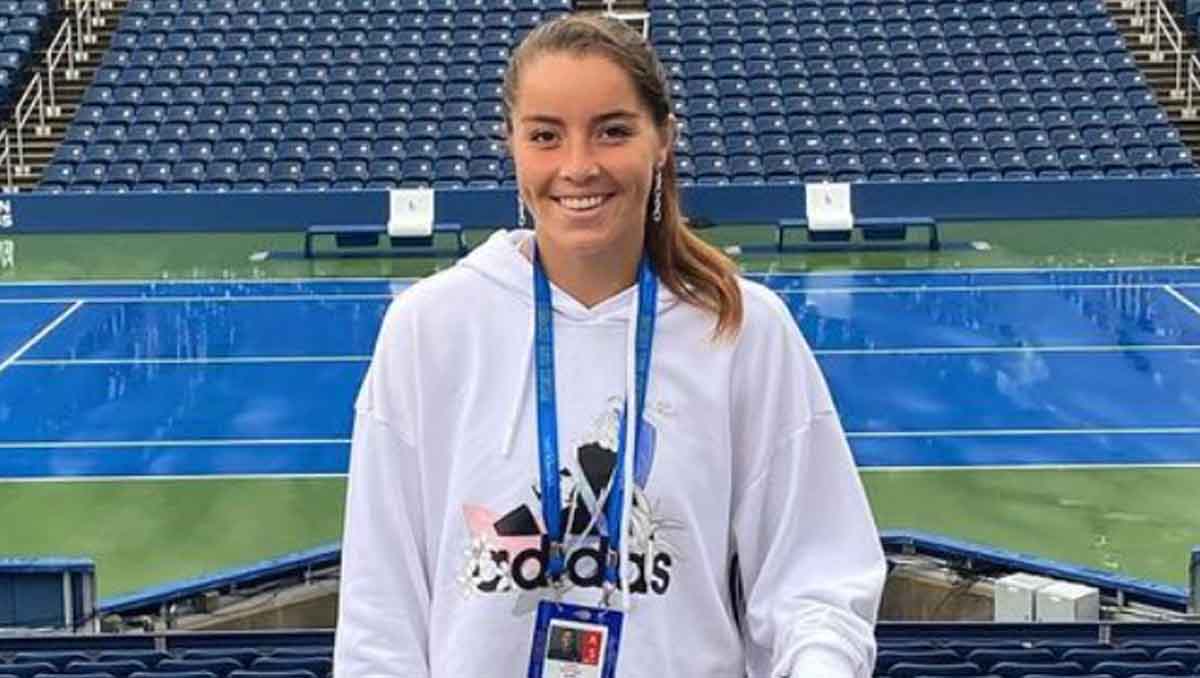 Born in London in 1999 into a tennis-loving family, Jodie began playing the sport with her family when she was growing up.

Jodie struggled with a string of ankle injuries early on in her career, and she had to undergo three operations that left her questioning whether she would be able to play professional tennis again.

Burrage recorded the biggest win of her career in June 2022, when she beat top seed Paula Badosa to reach the last 16 of the Eastbourne international.

The 23-year-old has been backed by the Lawn Tennis Association’s Pro Scholarship Programme, which is the highest level of support offered to developing players under 24 with the best chance of reaching the top 100 in the ATP or WTA singles rankings.

So, what do we know about Jodie’s journey to becoming the promising tennis player she is today? This is her story.

Jodie Burrage (full name: Jodie Anna Burrage) was born on 28 May 1999 in Kingston upon Thames in London to parents Yvonne and Chris Burrage. She has three brothers – Zach, Ben and Seb.

Her mother Yvonne used to play tennis and she began hitting with her family when she was growing up.

Burrage was billed as one of the rising stars of British tennis when she was a teenager but a string of injury issues hampered her progress. 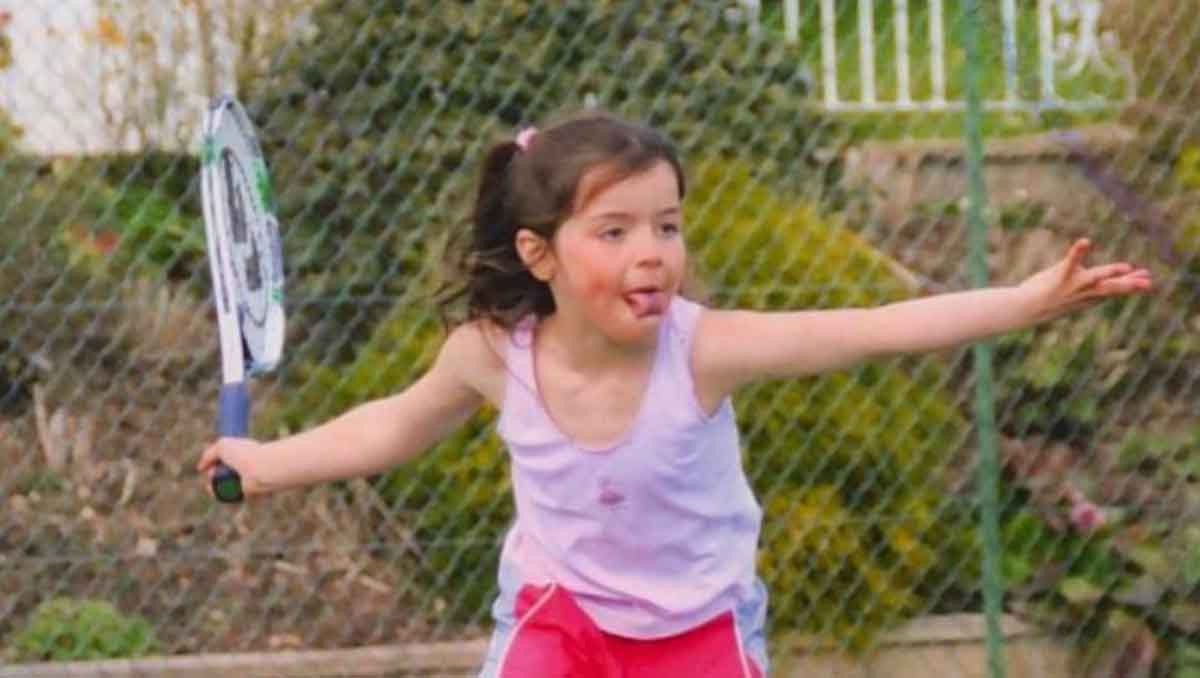 After having three separate ankle operations, Burrage was backed by the Lawn Tennis Association’s Pro Scholarship Programme, following in the footsteps of fellow Brits Katie Boulter and Harriet Dart.

Burrage made her WTA Tour main-draw debut in doubles at the 2020 Linz Open, held in November of that year, where she received a wildcard into the doubles tournament and partnered Sabine Lisicki.

She made her WTA Tour main-draw singles debut at the Abu Dhabi Open held in January 2021. She lost in three sets to fellow Brit Heather Watson in the round of 64.

Jodie then made her main-draw grand slam debut at Wimbledon in 2021 when she was awarded a wildcard. She lost to Lauren Davis, of the United States in straight sets. 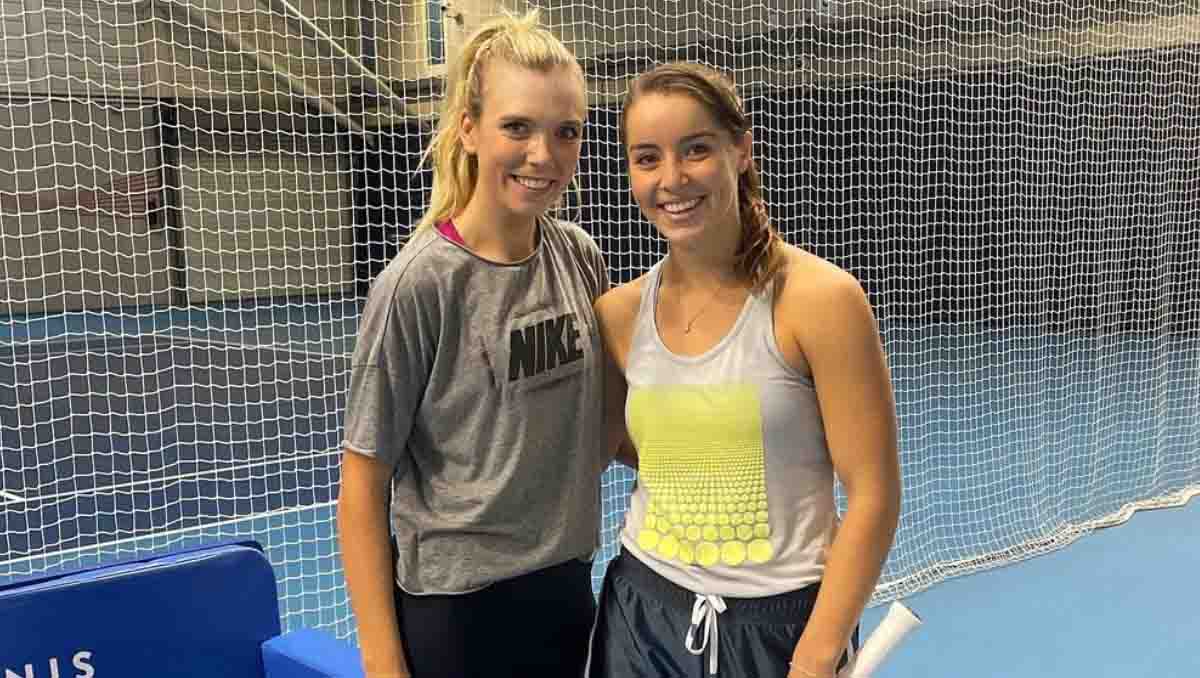 Burrage enjoyed an impressive start to the 2022 grass court season, first reaching the round of 16 at the Nottingham Open, and then reaching the final of the Ilkley Trophy, where she lost to world number 98 Dalma Galfi in three sets.

She then recorded the biggest win of her career at that point by beating top seed Paula Badosa in straight sets 6-4, 6-3 in the round of 32 at the Eastbourne International.

“I’m not sure I have the words to describe how I feel right now,” Burrage said after defeating Badosa, who was ranked as the world number four at the time.

“I’m just over the moon with that win and with how I’ve been playing and handled myself on court. I can’t really believe it so I’m trying to let it sink in a little bit.

“The last few weeks for me have been amazing. I’ve got so much confidence at the moment and I’m loving every single bit of it. I’ve had loads of opportunities thanks to the LTA to play at these events and I’m showing what I can do at the moment.”

She lost to Brazil’s Beatriz Haddad Maia in the last 16 at the Eastbourne International, but her run still propelled her to a then-career-high ranking of 169 in the world. 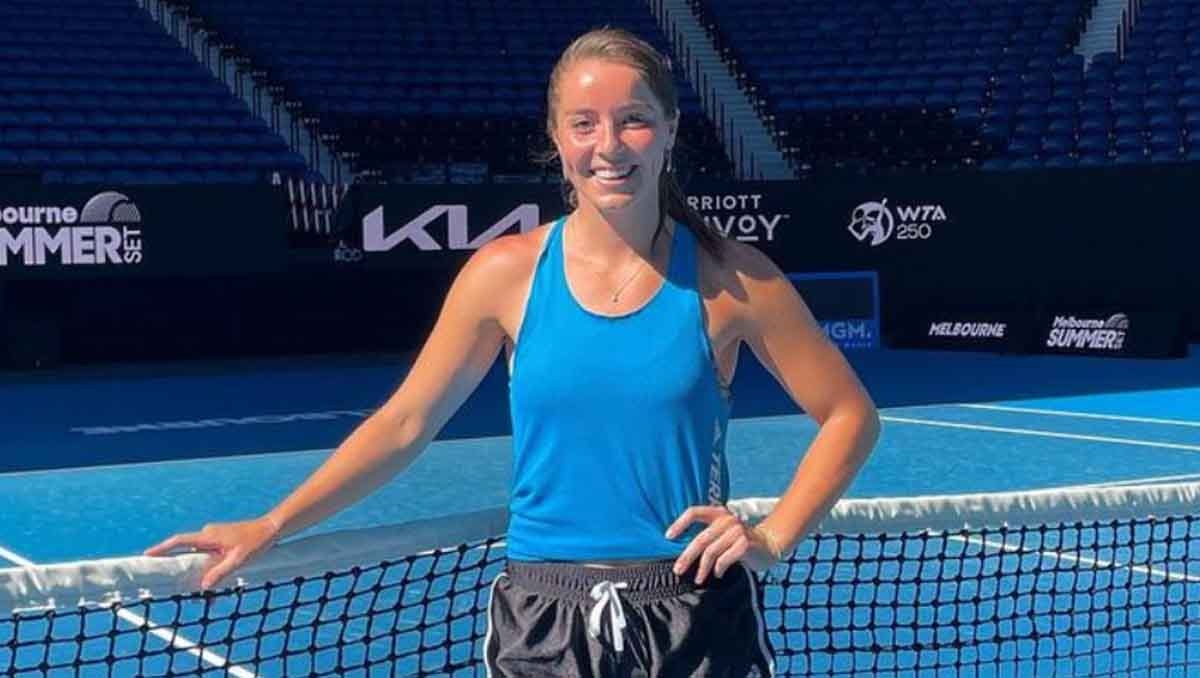 Burrage has earned a total of $250,284 in prize money for both singles and doubles during her career, as of June 2022.

Burrage has sponsorship deals with Adidas and Wilson.

Burrage began dating her boyfriend, rugby union player Ben White, after she liked one of his photos on Instagram and they began chatting.

Speaking in an interview with Sky Sports back in 2020, Burrage revealed that the fact that the couple are both professional athletes has helped them to form a supportive relationship. 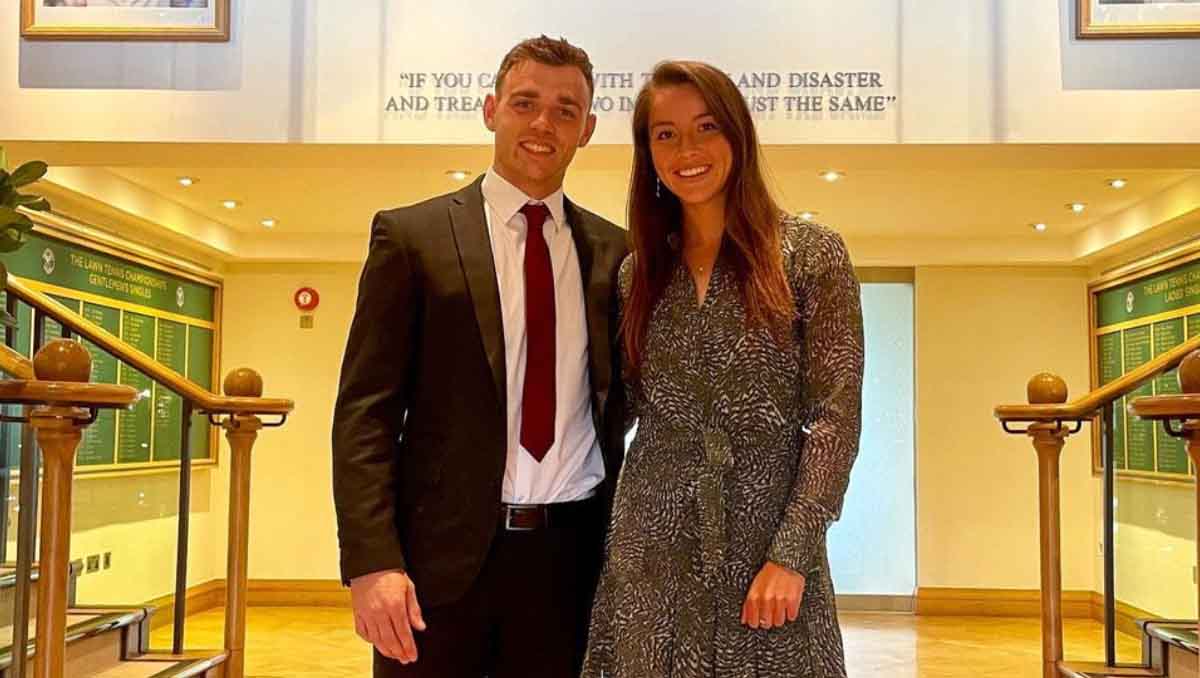 Andy Murray, speaking about Burrage in 2020: “I don’t know her that well. I know her coaches pretty well and I know that she is a hard worker from speaking to them. She has had a number of injuries over the last few years. I’ve been really impressed with her. First of all, she is really nice, friendly and great to be around. In the matches, she played really well against Jo yesterday, at a really good level.

“I think she’s got a brilliant backhand, she serves well and she returned really well in the doubles today. I’m sure she has certainly not maxed out in terms of her ranking. I haven’t seen her competing enough to say she is a top 50 or top 100 player but I definitely think she has got a way to go in terms of her ranking. I don’t think she is at her highest level yet. With all the injuries she has had and also the way she has played the last few days, she obviously plays very well.” 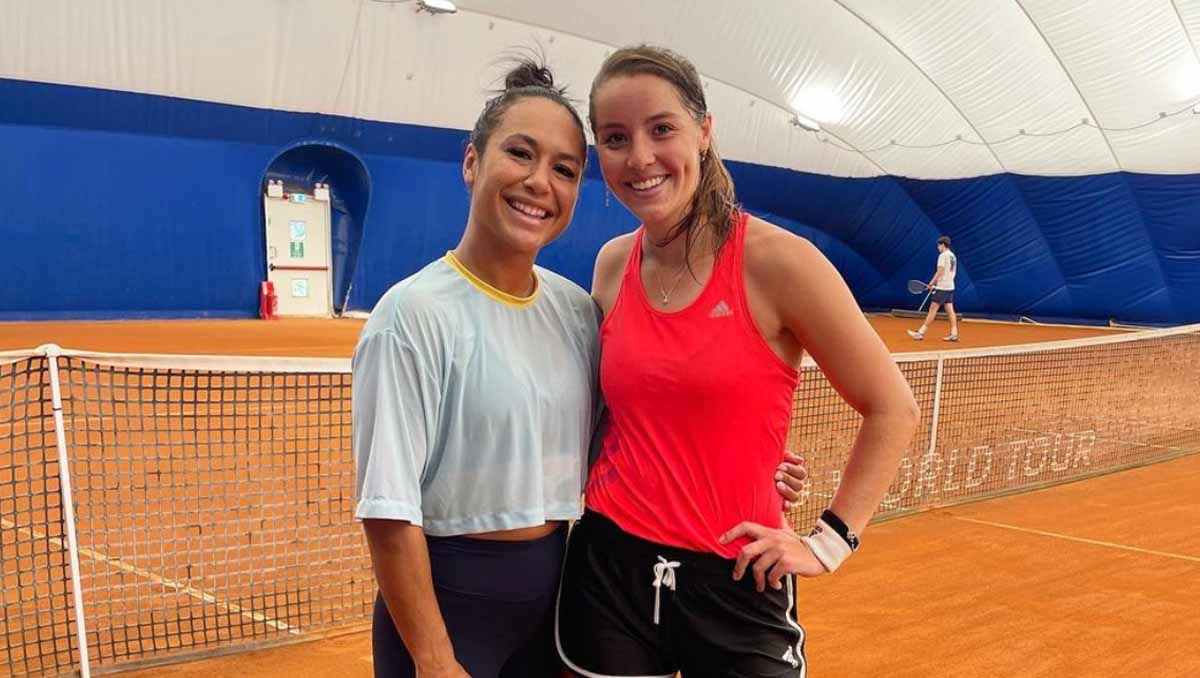 Iain Bates, LTA head of women’s tennis, speaking about Burrage back in 2020: “Jodie has made good progress in recent years and is deserving of her place on the Pro Scholarship Programme, which provides a range of support for our best developing players during the early stages of their pro careers.

“She is one of a number of good young players currently on the PSP and at the earlier stages of our player pathway who, along with our support, will hopefully be able to progress into the top 100 and beyond.”