By The Sport Review
Updated on Thursday 16 December 2021

Jordan Henderson is an English footballer who plays as a midfielder for Premier League club Liverpool FC.

The versatile midfielder started his professional career at Sunderland in 2008 after progressing through the youth ranks at the Black Cats, signing his first professional contract with the club in July 2008.

Liverpool FC signed Henderson in a £20m deal from Sunderland in the 2011 summer transfer window.

Jordan made his senior England debut in a friendly match against France at Wembley in 2010.

The English midfielder joined his hometown club at the age of eight.

He made his Sunderland debut at the age of 18 as a half-time substitute in a 5-0 loss at Chelsea FC on 1 November 2008. Jordan was handed his first start for the Black Cats against Blackburn Rovers in the League Cup. 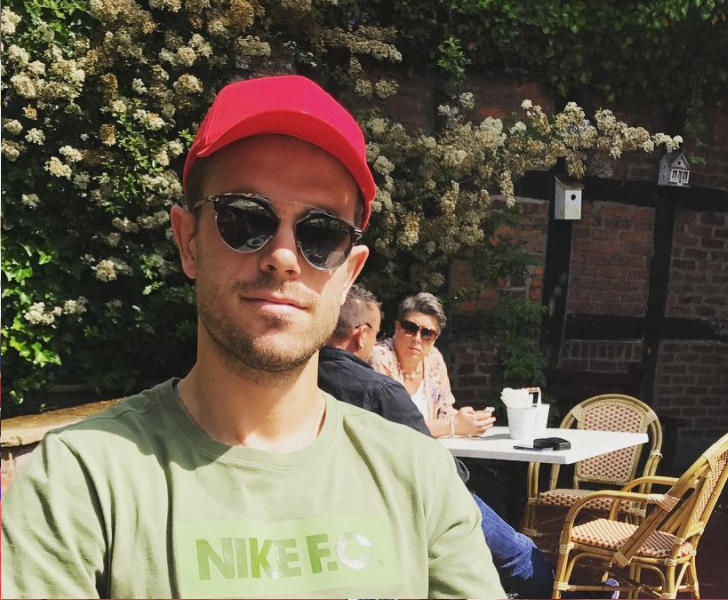 Henderson was sent out on loan to Coventry City for half a season but suffered a fractured foot to return to Sunderland.

The versatile midfielder broke into the Sunderland first team under Ricky Sbragia.

Jordan finished the 2009-10 season with Sunderland with one goal and five assists in 23 starts and 10 substitute appearances.

He was handed a new five-year contract in May 2010 amid reported interest from Premier League giants Manchester United.

The English talent won the Sunderland Young Player of the Year award in 2010.

Henderson continued to impress for the Black Cats after he netted three times and made four assists in 37 starts in the 2010-11 Premier League campaign.

Liverpool FC completed a £20m deal to sign Henderson from Sunderland on 9 June 2011.

Henderson put pen to paper on a long-term contract and was billed as a long-term successor for Steven Gerrard. 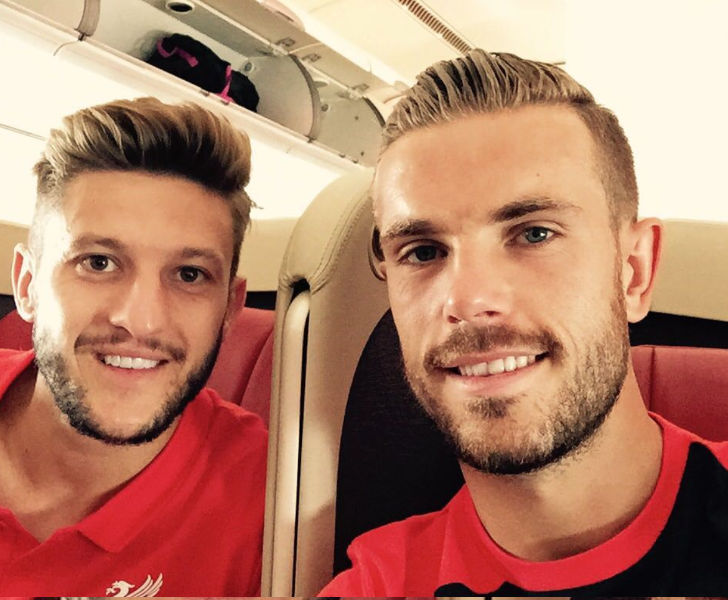 Henderson made his Liverpool FC debut in a 1-1 draw with Sunderland at the Stadium of Light and received a mixed reception from the home supporters.

Under Kenny Dalglish, the versatile midfielder scored two goals and made three assists in 41 appearances in all competition in his first season at Anfield.

Jordan started in Liverpool FC’s victory over Cardiff City in the League Cup final and their 2-1 loss to Chelsea FC in the FA Cup final.

However, question marks lingered surrounding some of his performances.

Brendan Rodgers replaced Dalglish in July 2012 and informed Henderson that he was free to move to Fulham in the 2012 summer transfer window.

However, Henderson rejected the chance to leave the Reds and knuckled down to break into the Northern Irishman’s first team.

Jordan scored his first European goal in Italy when he netted the winner in a 1-0 victory over Udinese in the Europa League.

He scored two goals in three games against Norwich City and Arsenal to start to turn a corner at the Anfield outfit.

Jordan scored twice in a 6-0 win at Newcastle as he found the net against Sunderland’s biggest rivals.

Henderson finished the season with a respectable return of six goals and six assists in 29 starts and 17 substitute appearances under Rodgers.

Rodgers used Henderson on a regular basis throughout their memorable 2013-14 season.

The England star forged a strong midfield partnership alongside Steven Gerrard in the middle of Rodgers’ team.

He netted a brilliant strike in a 5-0 win at Tottenham Hotspur in December 2013. Jordan’s second and third Premier League goals of the season came in a dramatic 4-3 win against Swansea City.

Henderson netted in Liverpool FC’s 4-0 win over Tottenham at Anfield in April 2014 to keep their title challenge on track.

He contributed four goals and seven assists in 35 games in the Premier League as Liverpool FC finished as runners-up. 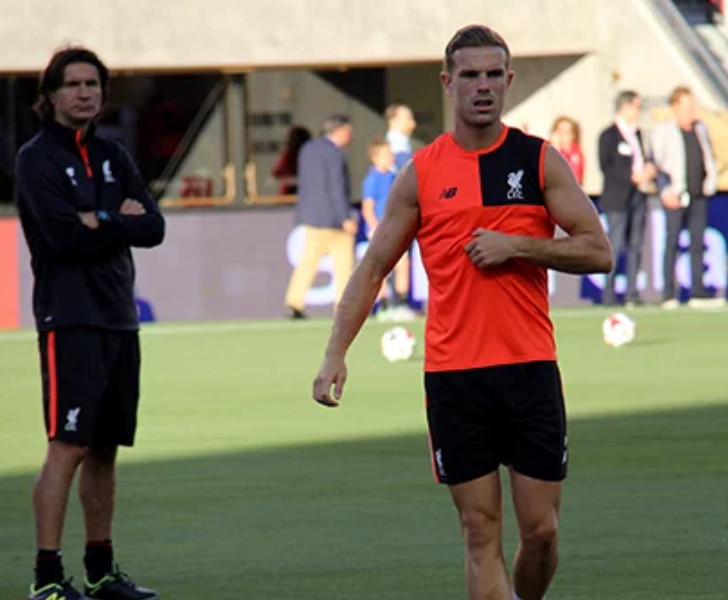 In something of a twist of fate, Henderson made his 100th appearance for Liverpool FC in a 3-1 win over Sunderland.

He firmly established himself as an automatic starter in the Reds team in an otherwise disappointing season under Rodgers.

The versatile midfielder hit a purple patch in March and April with four goals in six appearances.

Henderson was rewarded with a five-year deal at Anfield worth a reported a £100,000 per week in May 2015. He finished with his best return to date, with six goals and nine assists in 37 appearances.

Henderson was made Liverpool FC captain ahead of the 2015-16 season following Gerrard’s move to Major League Soccer outfit LA Galaxy.

However, his start to the season was curtailed by a serious ankle problem. Upon his return, Jurgen Klopp had replaced Rodgers as Liverpool FC manager.

Jordan scored his first Premier League goal of the season in a 2-2 draw with West Brom at Anfield. Henderson netted in Liverpool FC’s thrilling 5-4 victory at Norwich.

Henderson captained Liverpool FC to a disappointing penalty shootout loss to Manchester City in the League Cup final. He was an unused substitute in Liverpool FC’s 3-1 loss to Sevilla in the Europa League final. 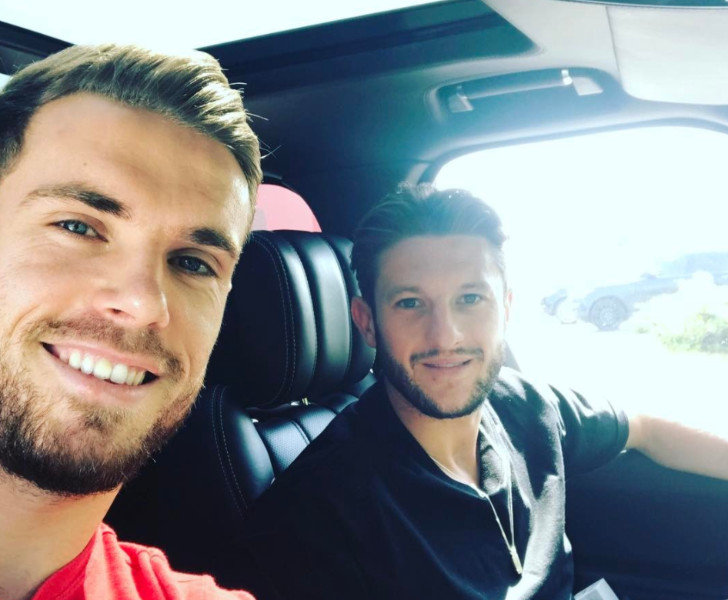 Jordan scored a sensational strike in a 2-1 win at Chelsea FC in September 2016. It was won the Premier League’s goal of the month award.

Henderson struggled with a foot injury throughout the 2016-17 campaign. Jordan started just 24 games in the Premier League.

Klopp used Henderson in a more defensive role at the start of the 2017-18 season.

Jordan netted his first Premier League goal of the campaign in a 3-2 win at Leicester City. He also played a big role in helping Liverpool FC to reach the Champions League last 16.

Henderson started the Reds’ 5-0 win over FC Porto in the first leg of their last-16 clash, before a goalless draw at Anfield sealed their place in the quarter-final draw.

He played a vital role in their victories over Manchester City and AS Roma in the last eight and last four but was powerless to prevent the Reds from suffering a 3-1 loss to Real Madrid in the Champions League final.

Henderson continued to prove himself as a vital part of the Liverpool FC squad under Jurgen Klopp.

He captained the Reds to Champions League glory in the 2018-19 season, with Liverpool FC securing a 2-0 win over Premier League rivals Tottenham Hotspur in the final.

In the following season, he helped Liverpool FC win their first-ever Premier League trophy as they won the title in the 2019-20 campaign.

Henderson represented England at Under-19, Under-20 and Under-21 level. He was a regular in the England Under-21 team, scoring four goals in 27 games. 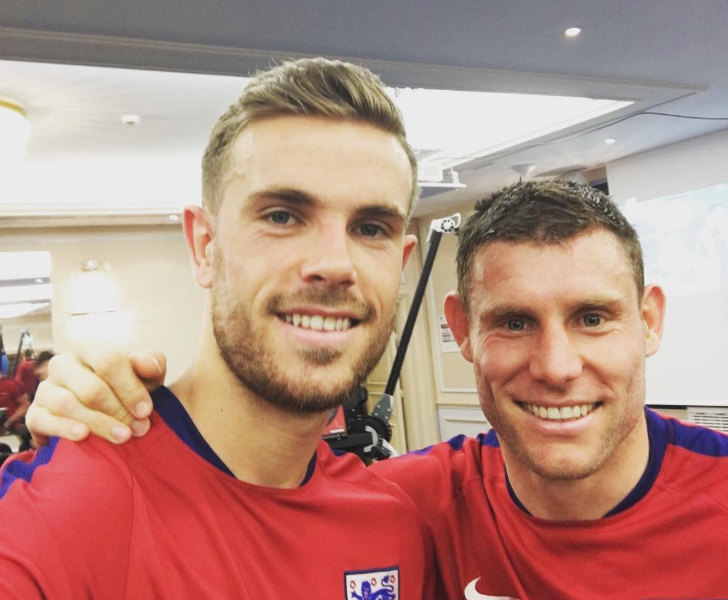 He received his first senior England cap against France in a friendly at Wembley under Roy Hodgson on 17 November 2010. He then made appearances against France and Italy at the European championship in 2012.

Henderson was part of Hodgson’s World Cup squad in 2014. Jordan started in 2-1 losses to Italy and Uruguay in the group stage.

The Liverpool FC captain’s only appearance at Euro 2016 came in a 0-0 draw with Slovakia in their final group stage game.

Henderson married his wife Rebecca Burnett in 2014. The couple have three children together.

Not much is known about Rebecca, and the couple seem to enjoy keeping their private lives out of the spotlight and the public eye. 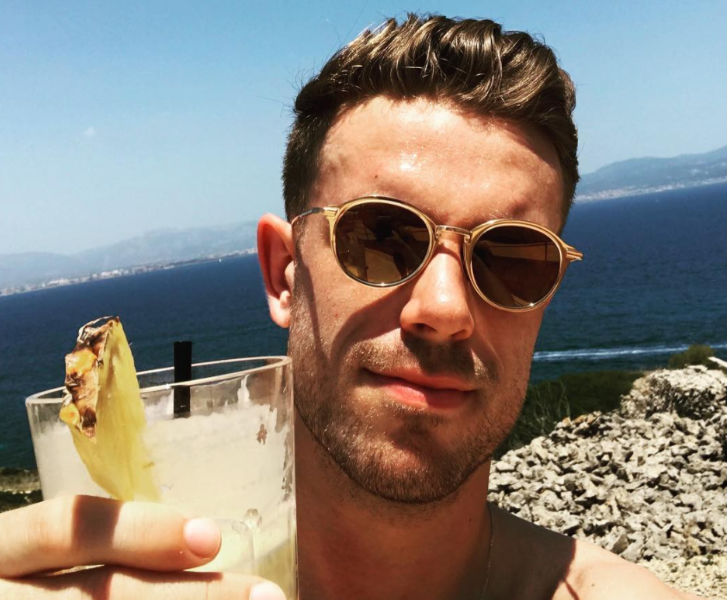 Jordan Henderson – Did You Know?

• Henderson attended Sunderland’s loss to Manchester City in the League Cup final in 2014 at Wembley, despite being a Liverpool FC player at the time.

• Jordan was just 18 years old when Manchester United legend and then Sunderland boss Roy Keane gave him his debut as a sub against Chelsea at Stamford Bridge in November 2008.