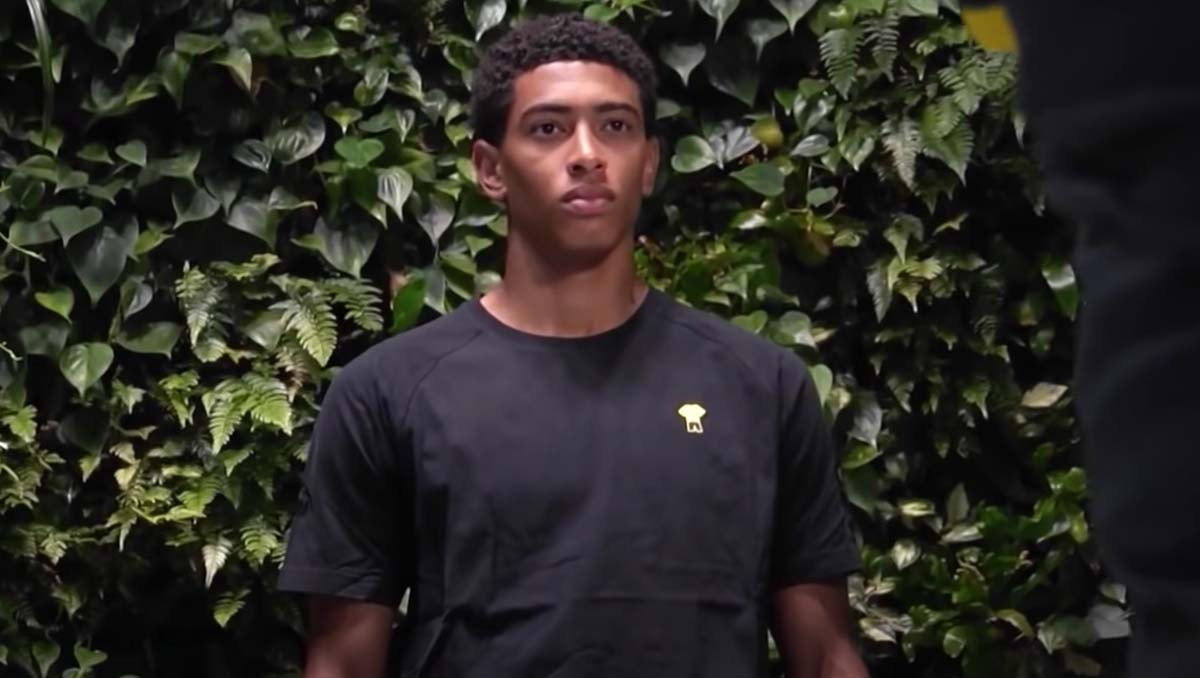 Jude Bellingham is an English footballer who plays as a midfielder for Borussia Dortmund.

The 18-year-old midfielder began his youth career at Birmingham City and quickly progressed through the ranks at the English club.

In August 2019, he became the youngest player to feature for Birmingham City’s first team, aged 16 years and 38 days.

Bellingham scored four league goals for Birmingham in the 2019-20 season before a transfer to Borussia Dortmund beckoned.

His transfer to the German club was confirmed in July 2020 for a fee believed to be around an initial £25m. He scored four goals in all competitions in his first season in Germany.

Bellingham has represented England at Under-15, Under-16, Under-17 and Under-21 levels. He made his senior debut for England in 2020.

So, what do we know about Bellingham’s journey to becoming the talented footballer he is today? This is his story.

Stourbridge is located within about 20 miles of Wolves, West Bromwich Albion and Aston Villa – but it was inevitable that Bellingham was always going to end up playing for Birmingham City, according to his mother Denise.

“For Jude, there was never a doubt that he would play for Birmingham City,” explains Jude’s mother Denise. “He went there as a seven-year-old and never wanted to leave.”

Jude would train around three or four times per week with Birmingham City as a youngster and initially his parents were not considering that he could end up being a professional footballer. 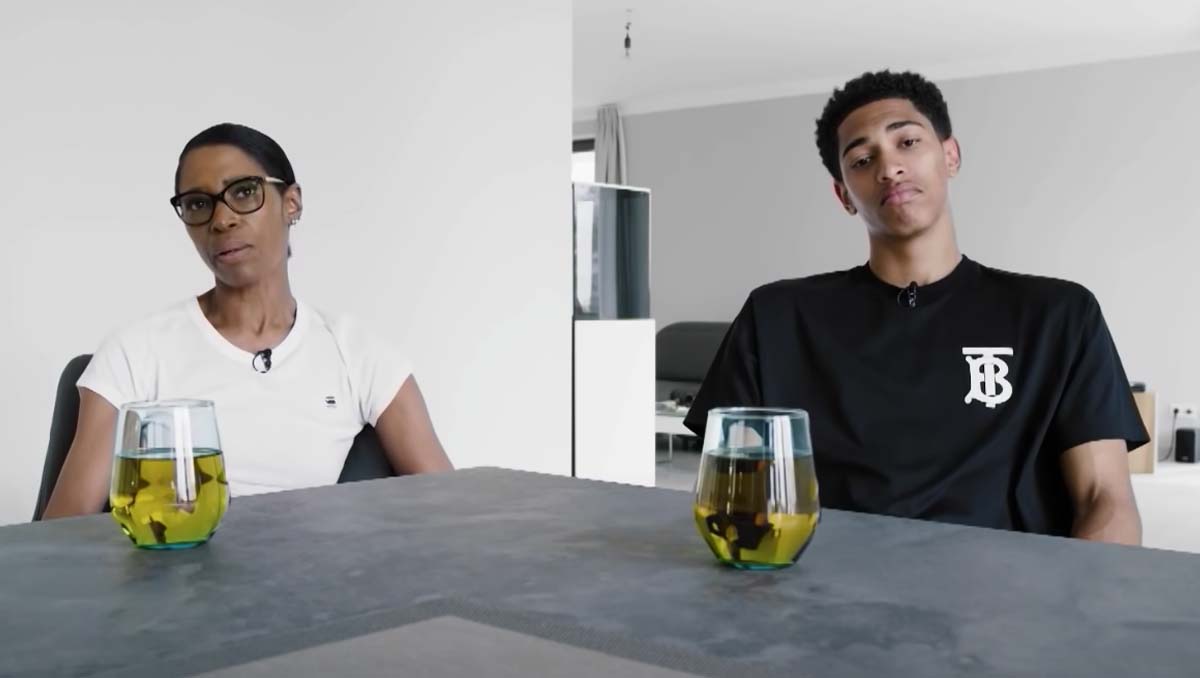 “You don’t send your child to football training with the plan that he’ll one day turn professional,” said Denise. “He was having fun, that was the most important thing.”

A passion for football runs in Bellingham’s family. Jude’s father Mark was involved in non-league football for more than two decades, playing for Halesowen Town, Leamington and Stourbridge. Mark’s main job was as a Sergeant for the West Midlands Police.

Jude made his debut for Birmingham City’s Under-23 team when he was just 15 years old, on 15 October 2018, against Nottingham Forest away from home.

He continued to make progress and was gradually introduced to the first-team environment at Birmingham City in the coming months.

Bellingham made his first-team debut for Birmingham City on 6 August 2019, when he featured in the League Cup first-round clash against Portsmouth. His appearance made him the youngest first-team player in the club’s history, aged 16 years and 38 days.

Jude scored his first goal for the Birmingham City first team on 31 August 2019 in a 2-1 win over Stoke City at home in the Championship, becoming the club’s youngest-ever goal-scorer at the age of 16 years and 63 days.

“He came and played on the level of the team,” said Birmingham manager Pep Clotet after Bellingham’s first goal for the club. “This summer he has matured a lot with the first team, he made his debut in the cup and had a few minutes at Swansea last week.

“As soon as the option was there he was ready for it and he took it. He scored a goal that has given us the three points but he is very well-grounded and he will keep working hard because it is his hard work that has given him the chance today. The fact he did that for us in front of our fans is a memorable day.” 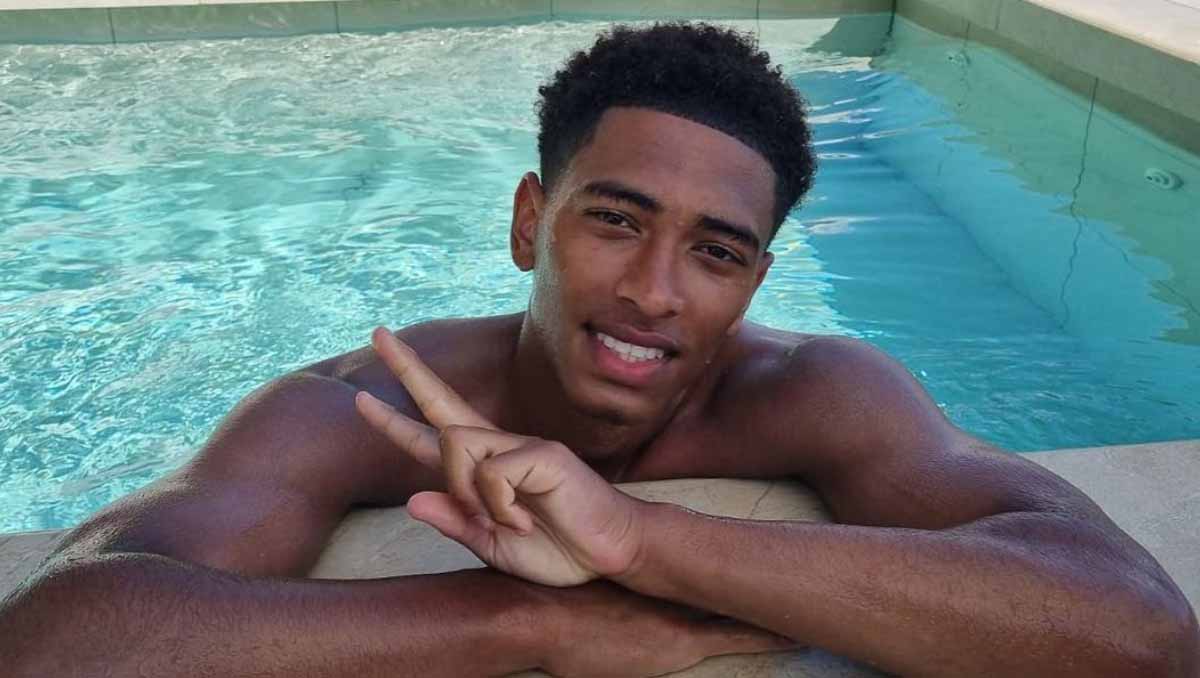 Bellingham continued to produce impressive performances for Birmingham City and in January 2020 was linked with a number of potential clubs. On deadline day in the 2020 January transfer window, Birmingham were reported to have turned down a £20m bid from Manchester United for teenager.

At the end of the 2019-20 campaign, Bellingham was named as both the Championship Apprentice of the Year and EFL Young Player of the Season.

His fine performances had not gone unnoticed, and a transfer to the Bundesliga soon beckoned for the young midfielder.

In July 2020, Bellingham signed for Borussia Dortmund from Birmingham City for an initial fee reported to be around £25m, making him the most expensive 17-year-old in history.

It was reported at the time that Dortmund successfully persuaded Bellingham to join them ahead of Manchester United, who were also said to have made the teenager an offer.

Bellingham admitted that it was a difficult decision to leave his boyhood club but said he was looking forward to the challenge ahead of him at Dortmund.

“I can’t thank Birmingham enough for what they have done for me, not just this past year but since the age of seven,” Bellingham said at the time. “Of course I wish everyone associated with the club nothing but the best. Once a blue always a blue.”

He added: “I’m incredibly excited to have joined one of Europe’s biggest clubs. The direction they are heading in and how much they help to improve young players made it an easy decision for myself and my family.”

Bellingham made his debut for Dortmund on 14 September 2020, starting a DFB-Pokal game against MSV Duisburg. He scored the second goal in a 5-0 victory, capping his debut with a goal.

On 20 October 2020, Bellingham became the youngest English player to start a Champions League game, aged 17 years and 113 days, when Dortmund faced Lazio in the group stage. Lazio won the game 3-1. 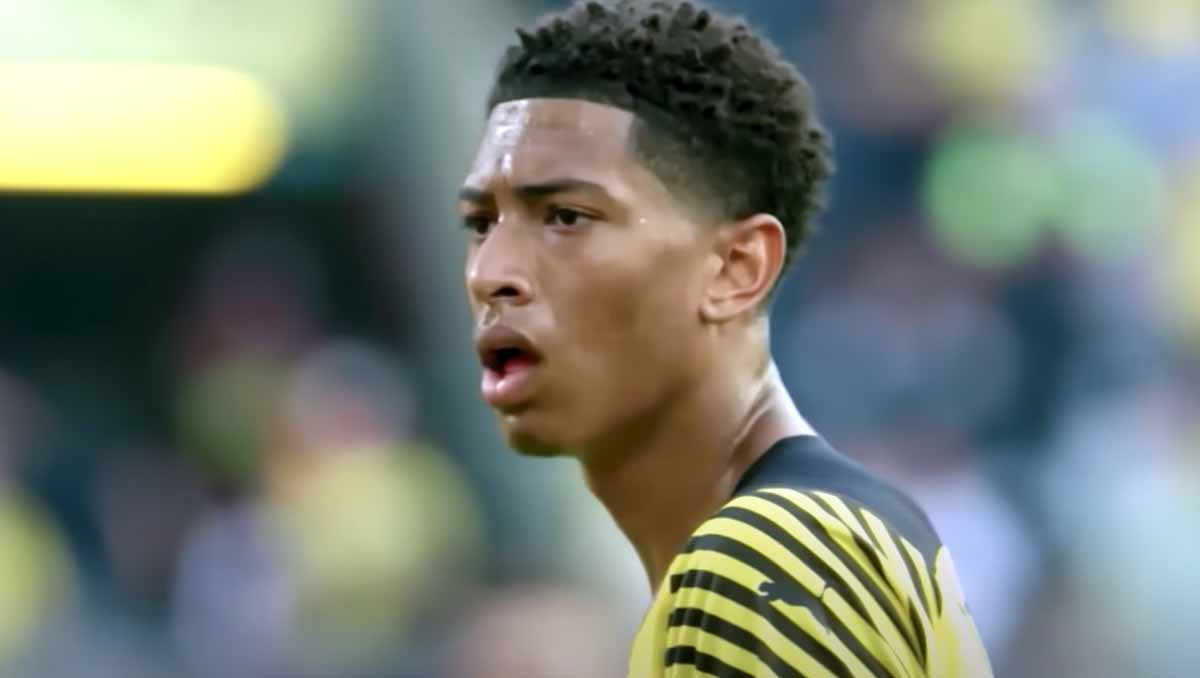 Bellingham has represented England at Under-15, Under-16, Under-17 and Under-21 levels.

He made his senior debut for the England national team on 12 November 2020, when he came on as a substitute in a 3-0 friendly win over the Republic of Ireland at Wembley.

Bellingham made three substitute appearances for England at Euro 2020.

At Euro 2020, when he came on as a late substitute in England’s 1–0 win over Croatia at Wembley on 13 June 2021, he became the youngest Englishman to play at any major tournament, aged 17 years and 349 days.

Family is clearly important to Jude, and his mother Denise moved with him to Germany following his transfer to Dortmund. His father Mark and younger brother Jobe remained in the UK.

The midfielder admitted that he missed his father and younger brother greatly following his switch to the German club. “I miss my dad and my little brother so, so much,” he said in 2021.

Former Birmingham City manager Pep Clotet, speaking after Bellingham scored his first goal for the club in 2019: “He is quiet, he is very professional in his football, he is a confident lad in his ability but he is someone you can talk to, he is very mature as well. I think his goal should be to try to get established in this squad and play as many times for the club he loves.”

Former Manchester United and England defender Rio Ferdinand on Bellingham’s talent, speaking in December 2021: “We’ve got some great young talent in this country. Jude Bellingham could be the one who has the full package. To become captain, leader, man amongst men. To play multiple positions and dominate big games throughout his career.

“It’s a big challenge to him and I don’t want to go overboard but I have to because what he does in all games when you see him, what he does, there’s a moment in the game where he makes you go ‘he can’t be 18 years old’.

“Whether it’s a bit of skill, or just a body position, the way you see him demand the ball from somebody, he does things that make you think ‘that’s a 25-year-old who’s been playing at the top for five or six years.

“There aren’t that many players at that age, if any, where you can say he improves every team on the planet he goes to right now – at 18 years old. He improves everyone one of those teams.”