By The Sport Review
Updated on Saturday 30 July 2022 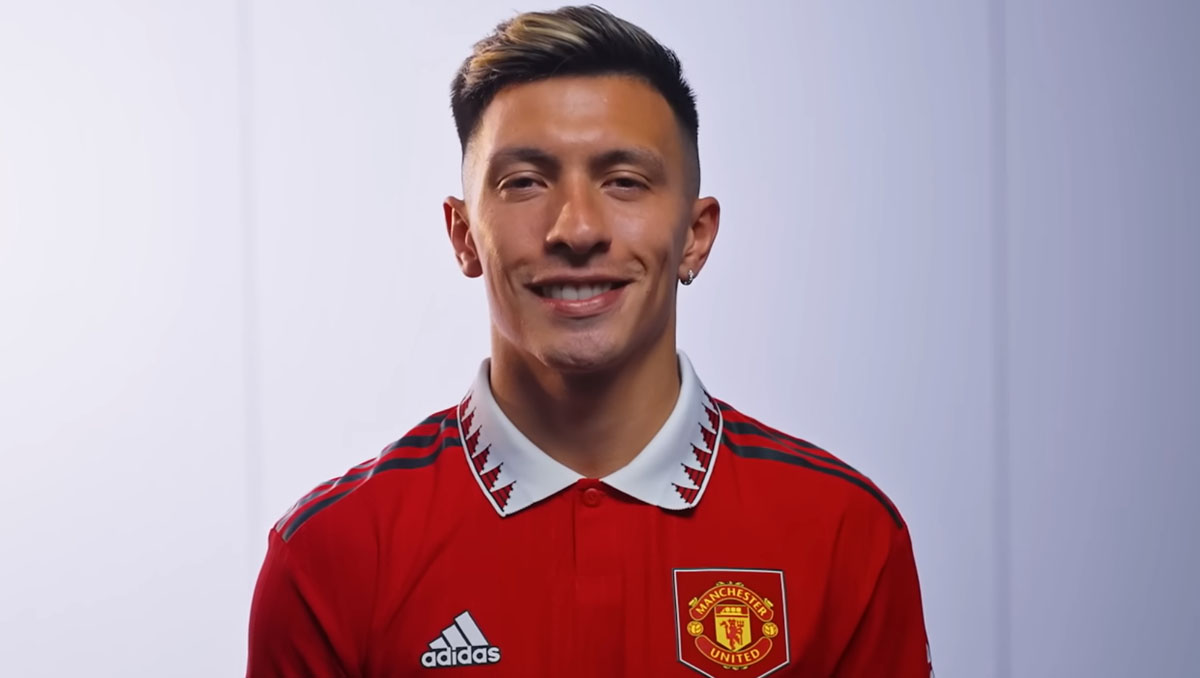 Lisandro Martinez is an Argentinian footballer who plays as a defender for Manchester United.

The 24-year-old was born in Gualeguay, Argentina and initially played for local sides Club Urquiza and Club Libertad.

He began his professional career when he moved to Newell’s Old Boys’s youth set-up in 2014 and broke into the first team before earning a switch to Defensa y Justicia in 2017, initially on loan.

A left-footed central defender, Martinez moved to Europe to sign for Dutch club Ajax in 2019 and helped them to win two league titles under Erik ten Hag.

In the summer of 2022, Martinez left Ajax to sign for Premier League club Manchester United on a five-year contract.

Martinez made his senior international debut for Argentina back in 2019 and was part of the team that won the Copa America in 2021.

So, what do we know about Martinez’s journey to becoming the talented defender he is today? This is his story.

Martinez is close with his mother, Silvina, and paid tribute to her on her birthday with a post on Instagram in May 2022, writing: “Thank you for every hug, for every piece of advice, for supporting me at all times and giving me that pure love every day. You are always there when I need you most. I feel enormous pride and I feel privileged to have the mother I have. I love you with my life! Let’s keep sharing this beautiful passion.”

After spells playing in the youth teams of Club Urquiza and Club Libertad, Lisandro started his professional career when he moved to Newell’s Old Boys in 2014.

Martinez has revealed that he idolised former Argentina and Manchester United defender Gabriel Heinze when he was a young player. “My idol when I was little was Gabriel Heinze and I watched him a lot at Tata Martino’s Newell’s,” said Martinez. 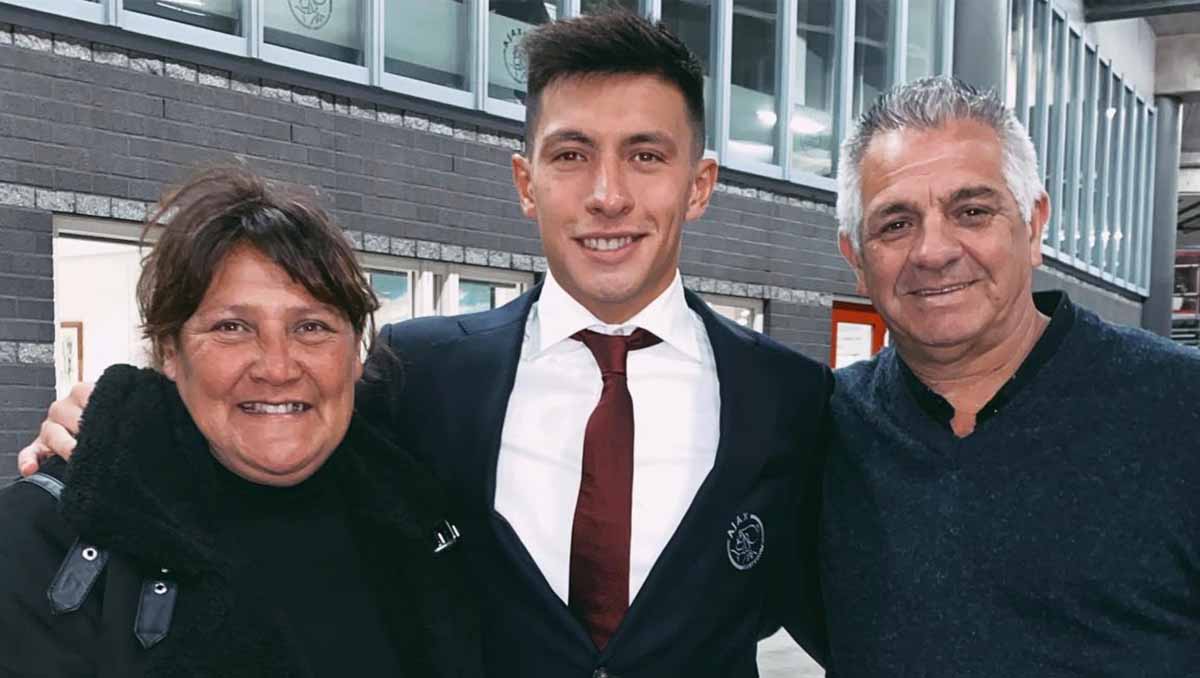 Lisandro Martinez with his mother Silvina father Raul in May 2020 (Photo: @lisandromartinezzz / Instagram)

“The direct passes that he put in, the moves in attack, the way he played, that he was aggressive, that he fought. I spoke [with Heinze] and I was very surprised. I don’t want to tell too much because it was an intimate, personal talk, but everything he told me was a total surprise.

“He knew that he was my idol and he ended up congratulating me and he gave me a couple of tips that I tried to put into practice.”

He was sent out on loan for the 2017-18 campaign to Defensa y Justicia. He made his first appearance for the club on 13 October 2017 in a loss to San Lorenzo. In total, he scored one goal in 24 games in all competitions for Defensa y Justicia that season.

He then joined Defensa y Justicia on a permanent deal for the 2018-19 campaign, before netting two goals in 34 games in all competitions that season.

Martinez’s impressive performance had caught the eye of Ajax, and a move to Europe for the defender soon beckoned.

On 17 May 2019, it was announced that Ajax had agreed a deal to sign Martinez from Defensa y Justicia, subject to a medical.

The transfer fee was reported to be in the region of €7m, and the transfer officially went through on 1 July 2019. Martinez signed a four-year contract, with the option for a further year.

Martinez made his competitive debut for Ajax on 27 July 2019 in the Johan Cruyff Shield. He played 59 minutes and helped Ajax to claim a 2-0 victory over PSV Eindhoven.

Martinez scored his first goal for Ajax on 28 September 2019, netting the opener in a 2–0 victory over FC Groningen. The season was then cut short due to the Covid-19 pandemic.

The defender quickly established himself as a first-team regular at Ajax and in the 2020-21 season, he scored three goals in 26 league games to help Erik ten Hag’s side to win the Eredivisie title.

He made it back-to-back titles with the Dutch club in the 2021-22 campaign as he scored one goal in 24 league games the following season. 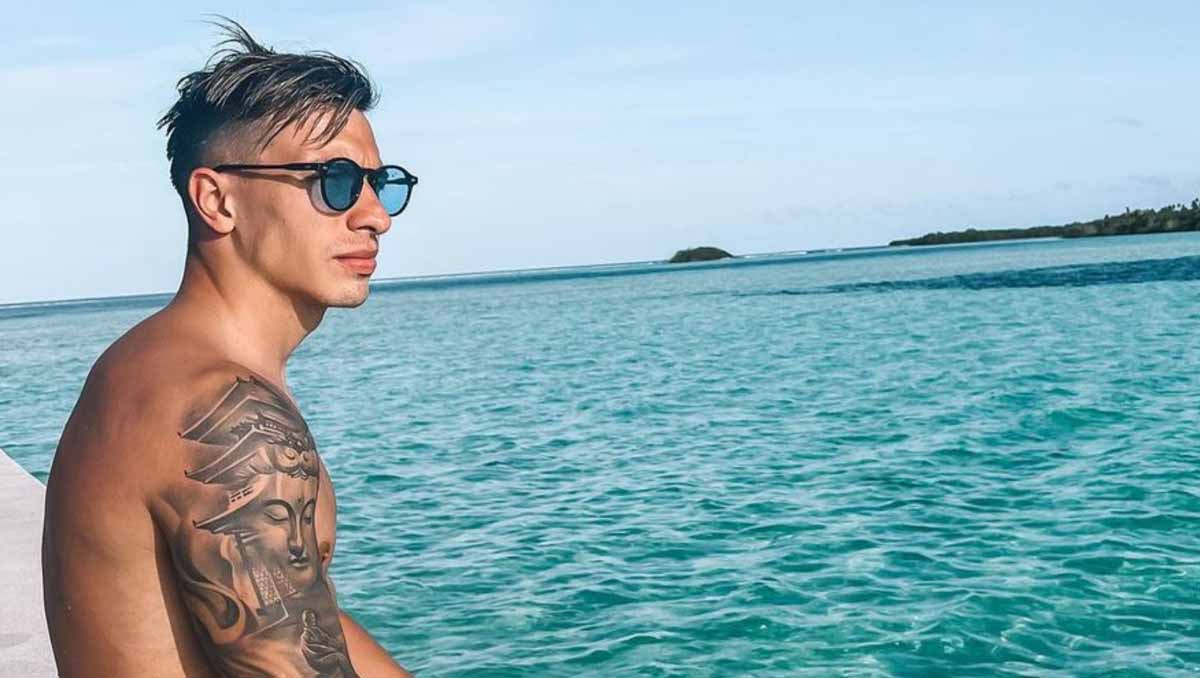 His impressive performances for Ajax had not gone unnoticed and a move to the Premier League soon beckoned for the defender.

Manchester United were heavily linked with a swoop to sign Martinez in the summer of 2022 after Ten Hag was appointed as the club’s new manager.

After weeks of speculation, Manchester United officially completed the signing of the defender on 27 July 2019. Martinez signed a five-year contract until June 2027, with the option to extend by a further year. He was handed the number six shirt.

The transfer fee was reported to be in the region of around £55m.

“It’s an honour to join this great football club,” he said after signing his deal with Manchester United. “I’ve worked so hard to get to this moment and, now that I’m here, I’m going to push myself even further. 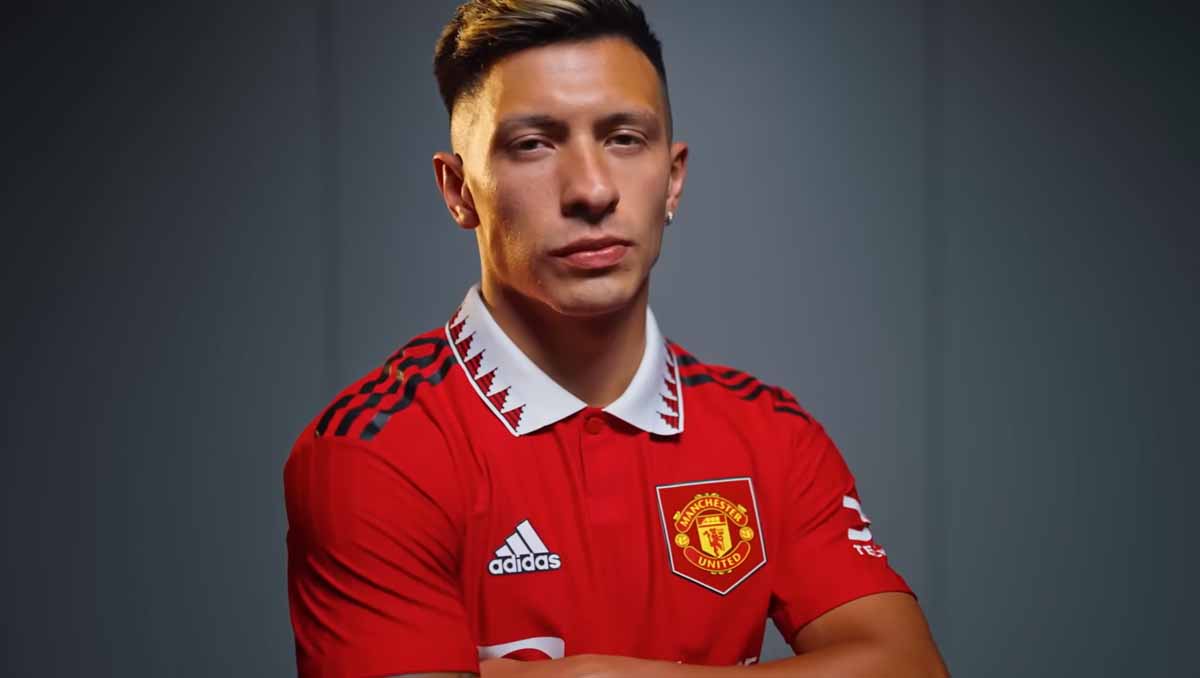 “I’ve been lucky enough to be part of successful teams in my career and that’s what I want to continue at Manchester United. There will be a lot of work to get to that moment, but I firmly believe that, under this manager and coaches, and together with my new team-mates, we can do it.

“I want to thank Ajax and their fans for all the support they gave me. I had an unbelievable time there but feel the moment is right to test myself in another environment. Now I am at the perfect club to do this.”

Martinez played for Argentina at Under-20 and Under-23 level.

He made his senior international debut for Argentina on 22 March 2019 in a 3-1 defeat by Venezuela.

He made one appearance for Argentina at the 2021 Copa America, which his country went on to win.

There is no official figure for Lisandro Martinez’s wages at Manchester United. However, The Sun reported in July 2022 that the defender would earn in the region of £120,000 per week with the Red Devils.

That works out as an annual wage of around £6.2m per year.

As of July 2022, Martinez was dating girlfriend Muri Lopez Benitez.

Martinez is nicknamed “the Butcher”, primarily because of his aggressive style of play on the pitch. 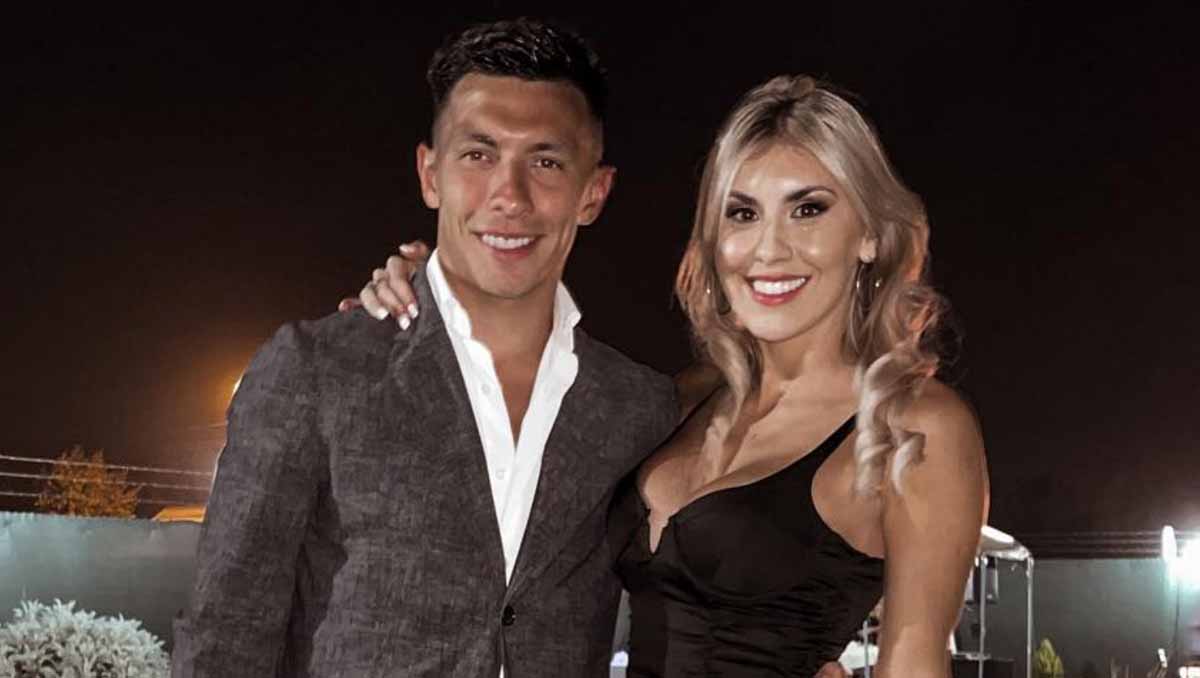 Manchester United boss Erik ten Hag, speaking about Martinez after the deal to bring him to Old Trafford in 2022 was confirmed: “He’s a warrior and I think the fans will admire him. He has an attitude, fighting spirit. He brings aggressiveness in the game, in a good way. I think we need that. But also, he’s also skilful and he can deal with the ball and he’s left-footed.”