By The Sport Review
Updated on Wednesday 29 June 2022 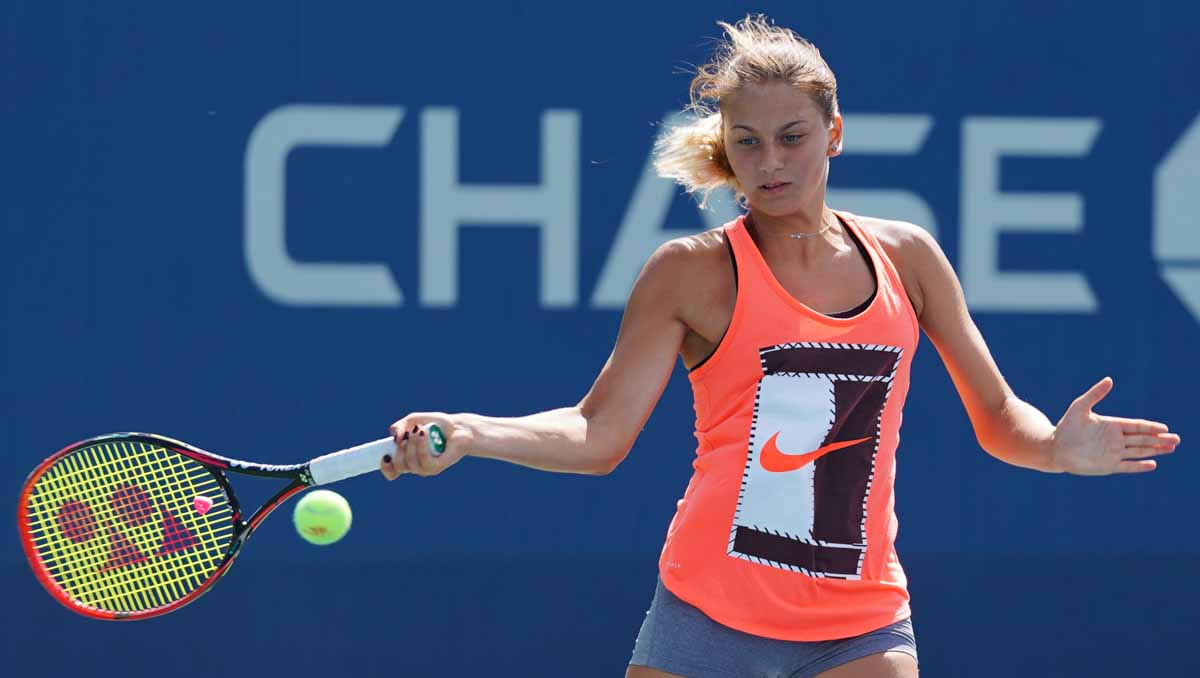 Marta Kostyuk is a Ukrainian tennis player. She made her grand slam main draw debut at the Australian Open back in 2018.

The 20 was born in Kyiv in Ukraine and began playing tennis when she was just five years old and she was initially coached by her mother.

Kostyuk enjoyed a strong and promising junior career, which peaked with her reaching number two in the world junior rankings back in 2017.

She won the Australian Open girls’ singles in 2017 and showed plenty of promise as a junior player.

Kostyuk made her first grand slam main draw appearance at the 2018 Australian Open as a wildcard and impressed en route to reaching the third round in Melbourne.

At the 2021 French Open, Marta continued her steady progress by reaching the fourth round, where she lost to defending champion Iga Swiatek.

So, what do we know about Marta’s journey to becoming the talented tennis player that she is today? This is her story.

Marta Kostyuk (full name Marta Olehivna Kostyuk) was born on 28 June 2002 in Kyiv in Ukraine. She is the daughter of Oleg Kostyuk and his wife Talina Beiko, and she has two sisters – Zoryana and Mariya.

Tennis runs in the Kostyuk family. Her mother Talina was a professional tennis player who reached a career-high WTA ranking of number 391 in the world, while her father Oleg was the technical director of the Antey Cup, a junior tennis tournament in Kyiv.

Marta began playing tennis when she was just five years old at the Antey Tennis Club in Kyiv, where she was initially coached by her mother.

“My mum was always working a lot as a coach, and the first time I went to the courts to train, I just understood that if I started doing tennis, I’d get to spend more time with my mum,” Marta explains. “So that was kind of my motivation – if I played tennis, I’d be around her more often.” 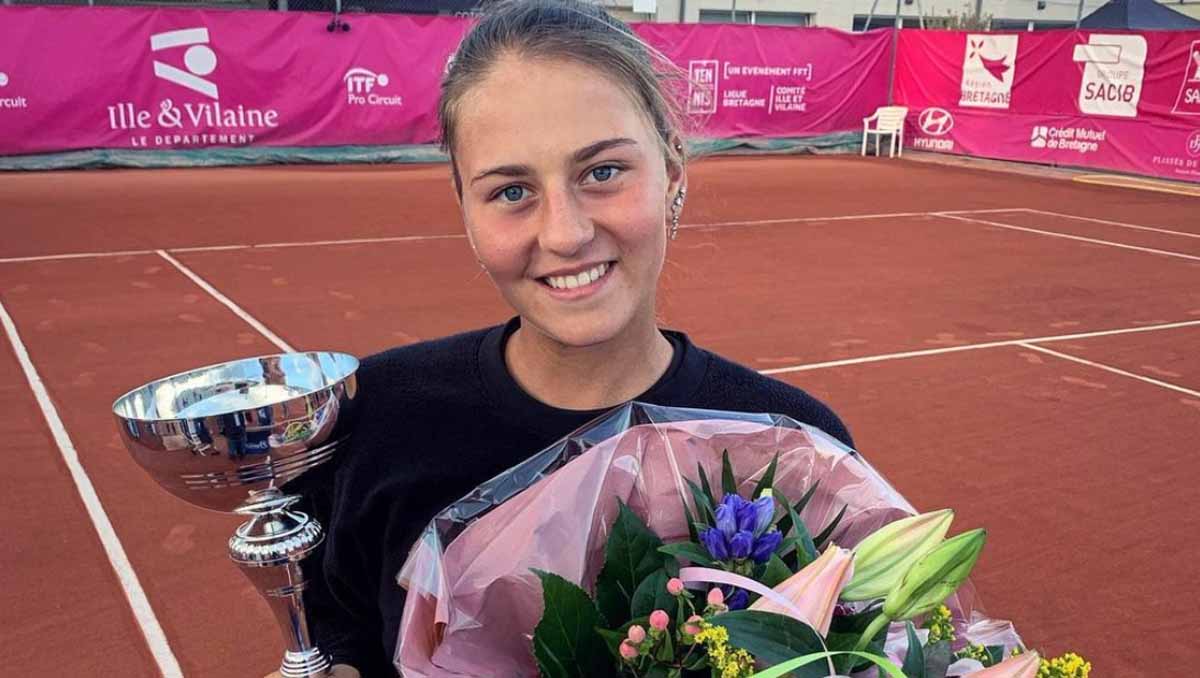 As well as being coached by her mother, in her early years Marta was also coached by her maternal uncle Taras Beiko, who had played for the USSR and Ukraine in the late 1980s and early 1990s.

Marta is managed by former ATP player Ivan Ljubicic. Speaking about having him on her team, she said: “When he’s coming for my matches, and when he says a word to me, you cannot imagine how I feel. When he says, ‘Let’s go, Marta,’ I feel I can beat anyone.”

Marta enjoyed a strong and promising junior career. Her biggest achievement on the junior tour was winning the 2017 Australian Open girls’ singles title when she was 14 years old.

She beat top-seeded Rebeka Masarova of Switzerland 7-5 1-6 6-4 in the final at the Rod Laver Arena to secure the trophy and become the first Ukrainian player to win the Australian Open girls’ title.

Kostyuk peaked at number two in the world junior rankings in October 2017. 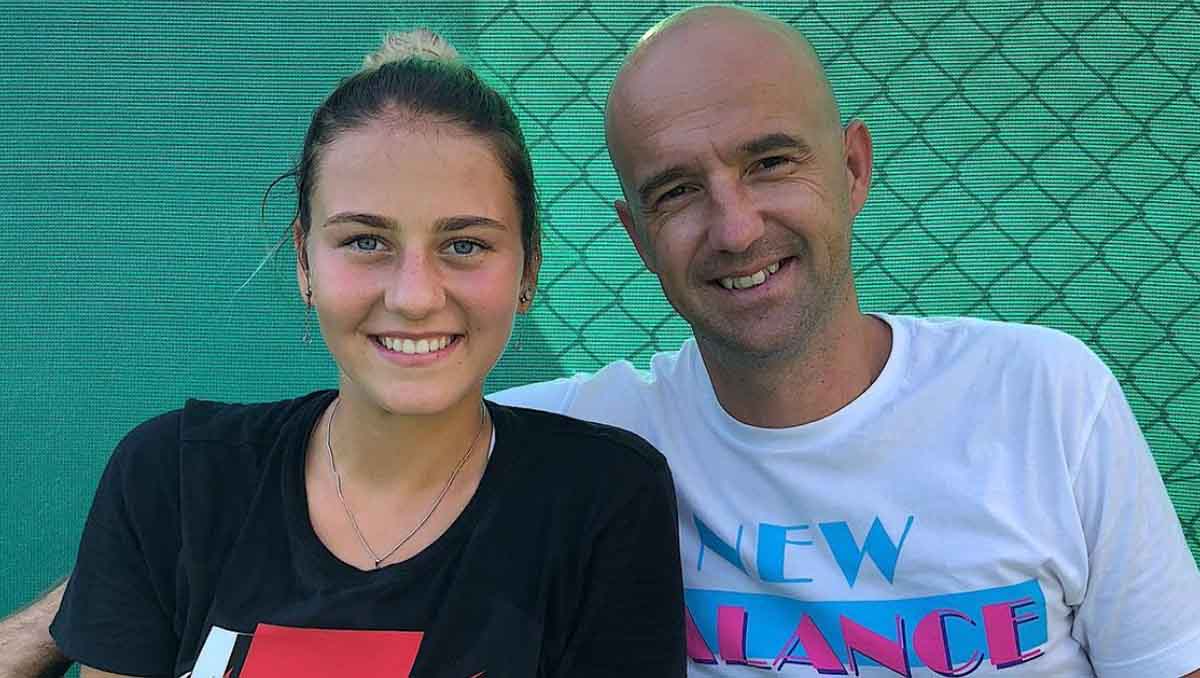 Marta enjoyed something of a breakthrough in her professional tennis career in early 2018, when she was handed a wildcard into qualifying for the Australian Open.

She came through qualifying in Melbourne to secure her spot in the main draw of a grand slam for the first time, and beat Shuai Peng and Olivia Rogowska in the first two rounds to make it through to round three. 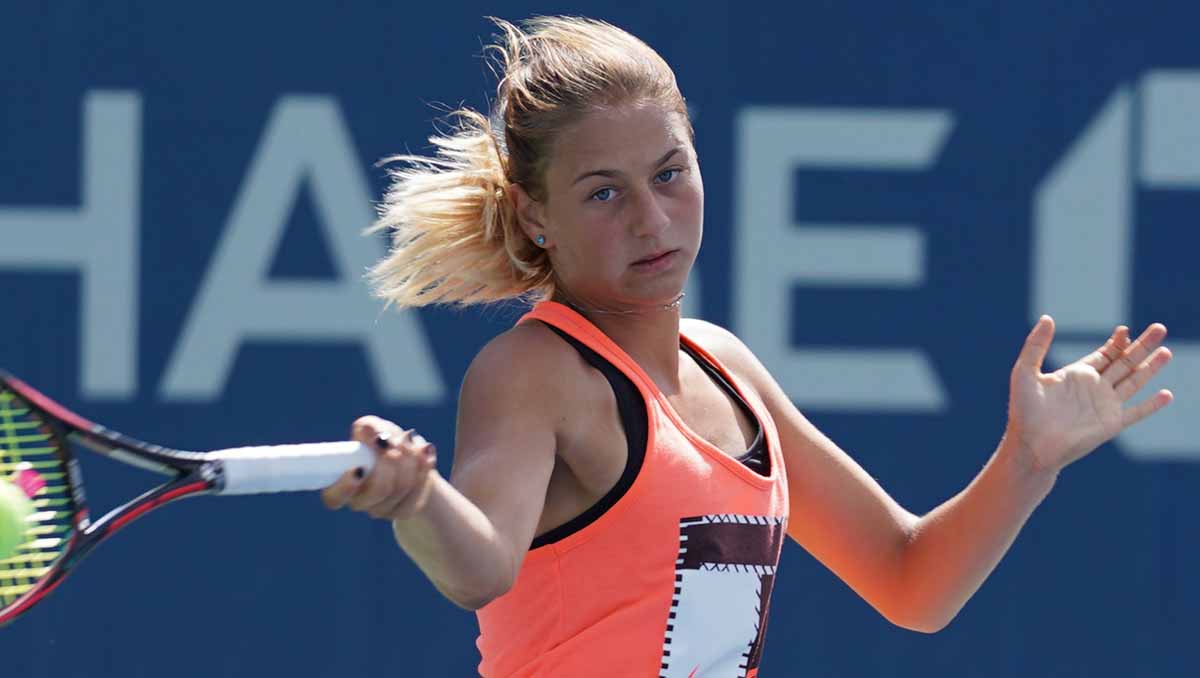 In the third round, she lost to her compatriot Elina Svitolina in straight sets, 6-2 6-2. By coming through qualifying, Kostyuk became the first player born in 2002 to reach the main draw of a grand slam tournament.

Speaking after coming through qualifying aged 15 in Melbourne, Marta said: “Age is nothing to me. When people say to me, the girl you beat is 10 years older than you, I’m like, so what? But girls who are 25, they’re coming to play against a 15-year-old girl and they are becoming tight when I start to win.”

Marta continued to make steady progress on the tour and another breakthrough for her came at the 2020 US Open, where she beat Daria Kasatkina and Anastasija Sevastova to reach the third round, where she lost to eventual champion Naomi Osaka.

In 2021, Kostyuk reached the fourth round of a grand slam for the first time in her career at the French Open. She defeated Garbine Muguruza, Saisai Zheng, and Varvara Gracheva before eventually losing to defending champion Iga Swiatek in the fourth round.

Marta then reached the second round of Wimbledon for the first time in her career in the 2021 tournament, beating Kiki Bertens in the first round before falling to Anastasija Sevastova of Latvia in round two. 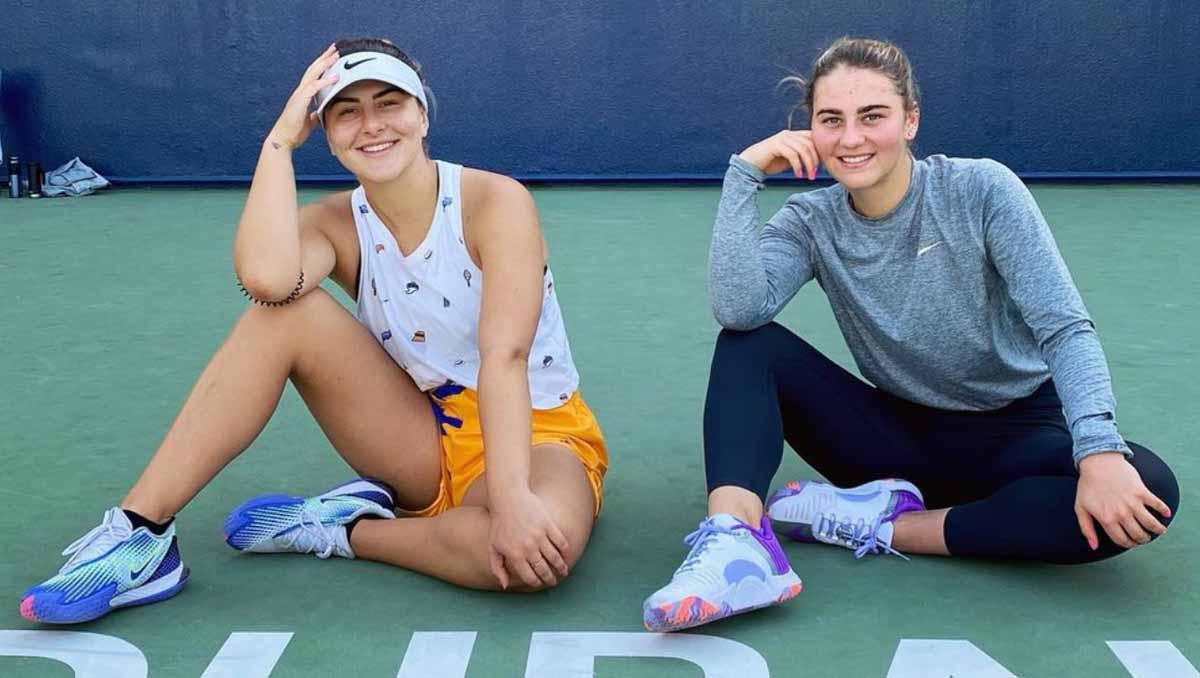 Kostyuk started 2022 in positive fashion by reaching the third round of the Australian Open. She beat Diane Parry and Sara Sorribes Tormo, before losing to Paula Badosa in round three.

Posting on Instagram after her three-set defeat by Badosa, Kostyuk wrote: “This one hurts. What a battle with Paula Badosa, can’t wait for many more of these. Thank you to everyone for coming and supporting, means the world. Back to work.” 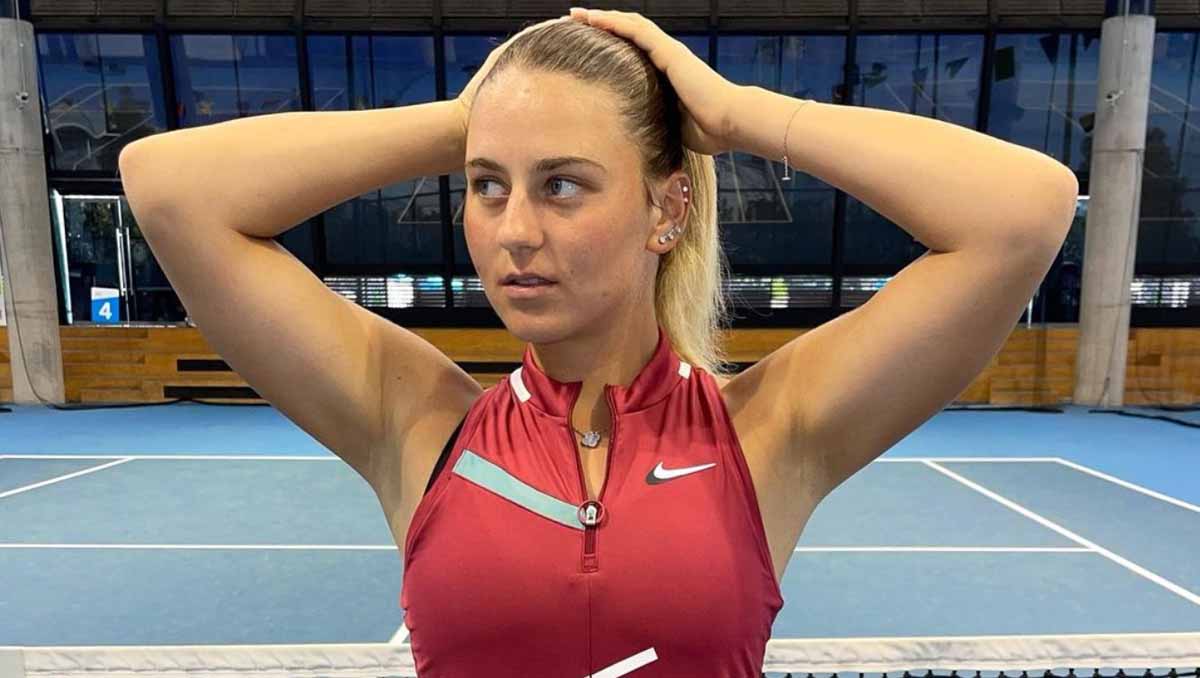 In June 2022, Marta revealed that she had been speaking with a therapist to help her come to terms with the war in her home country of Ukraine.

“My dad is home in Kyiv,” Marta said. “The rest of the family is out. It is never safe because it is always, how do you say it, air raid sirens and all these things. I don’t know how it goes. It is not easy to talk about or easy to process.” 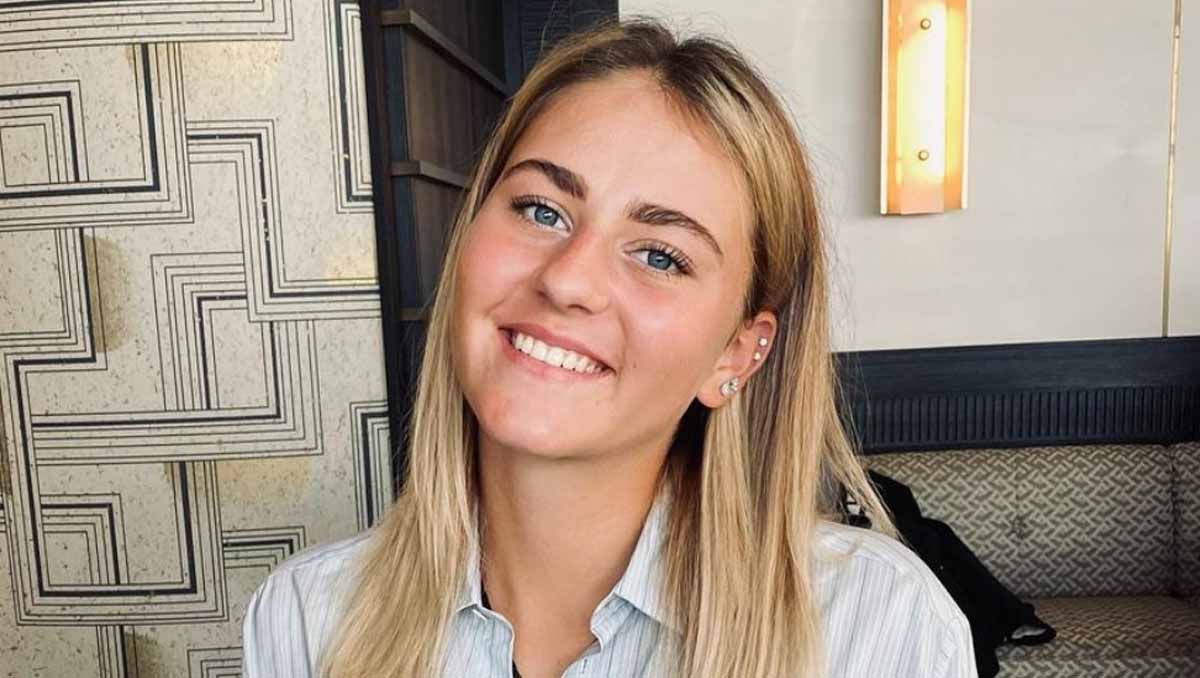 “I speak with a therapist. I don’t think in circumstances like this you can process this information by yourself and deal with it by yourself. I know people who haven’t been seeking help or anything like this and I can see how much it damages then.

“I have done a lot of work and it helped me not just on court but in different areas of my life. I am glad about it but the work goes on and hopefully it can get better.”

Iga Swiatek, speaking after beating Kostyuk in the fourth round of the 2021 French Open: “Her defence was crazy so I had to finish her a few times. I’m not Rafa but my approaches are also pretty hard. She was getting everywhere. The future is ahead of her so hopefully there will be many more meetings like that.”