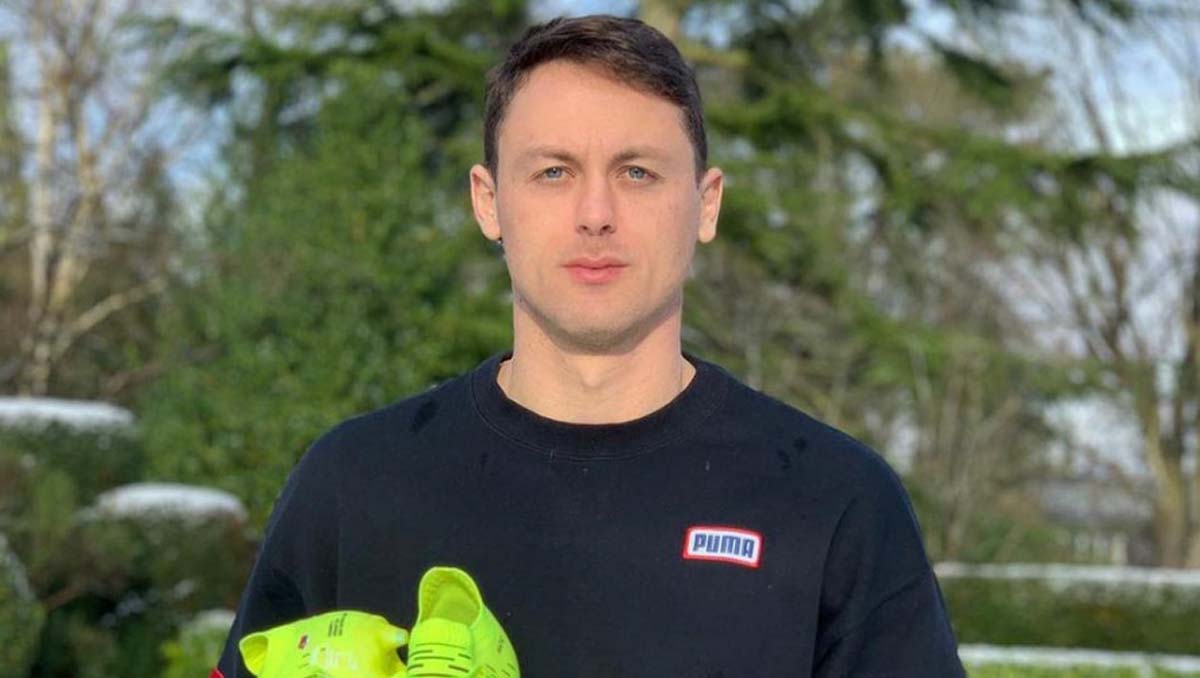 Nemanja Matic is a Serbian footballer who plays as a midfielder for Premier League club Manchester United.

The defensive midfielder moved to Old Trafford in a £40m deal from Chelsea FC in August 2017.

Matic started his professional career Slovak club Koisce before the Serbian moved to Chelsea FC in a £1.5m deal in 2009.

He spent two-and-a-half seasons at Chelsea FC before the holding midfielder joined Benfica in a swap deal that saw David Luiz complete a switch to Stamford Bridge in 2011.

Matic returned to Chelsea FC in a £21m deal in January 2015 under Jose Mourinho. He won two Premier League titles and the League Cup during a three-and-a-half year stay.

Nemanja has established himself as an important member of the Serbia national team since making his debut in 2008.

Nemanja started his career at Slovakian club Kosice. The Serbian midfielder scored four times in 70 appearances in all competitions. 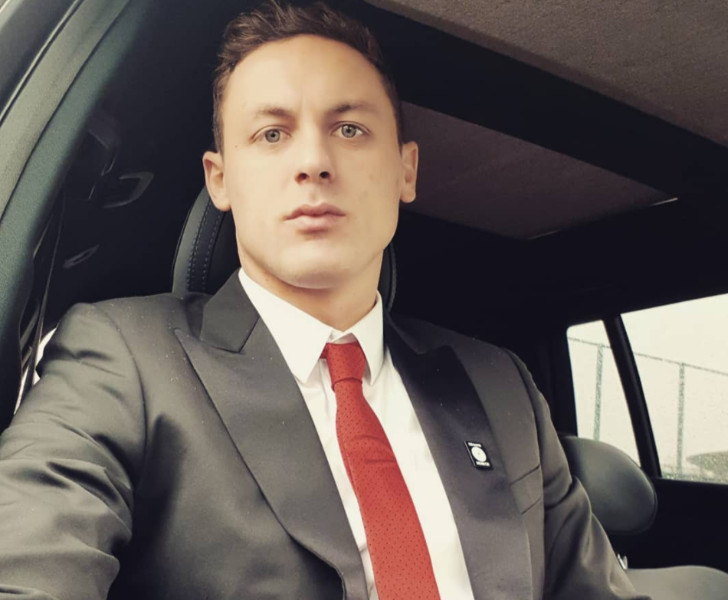 Chelsea FC signed Matic in a £1.5m deal from Kosice in the 2009 summer transfer window. The holding midfielder put pen to paper on a four-year contract with the south west London side.

Nemanja was handed the number 24 shirt but the Serbia international struggled to break into the Chelsea FC team.

His Premier League debut came in a 4-0 win against Wolverhampton Wanderers after the midfielder came off the bench for the final 21 minutes.

Matic moved to Vitesse Arnhem on a season-long loan and the powerful midfielder impressed with two goals in 27 games in the Dutch top flight.

Benfica sold David Luiz in a £21m deal to Chelsea FC that saw Matic move to Portugal as part of the deal in January 2011.

His new manager Jorge Jesus transformed Matic into a defensive midfielder instead of a playmaker with great success.

Nemanja finished his first full season at Benfica with one goal in 15 appearances.

Matic scored one goal in eight appearances in the Europa League and started Benfica’s 2-1 loss to his former club Chelsea FC in the final in Amsterdam.

Nemanja missed out on title glory with Benfica following a 2-1 loss to eventual champions Porto.

He finished the season with a personal accolade after the Serbia international scooped the Primeira Liga Player of the Year award.

Matic scored four goals in 43 appearances in all competitions in the 2012-13 season.

His impressive performances for Benfica earned him interest from his former club Chelsea FC after the appointment of Jose Mourinho in 2014. 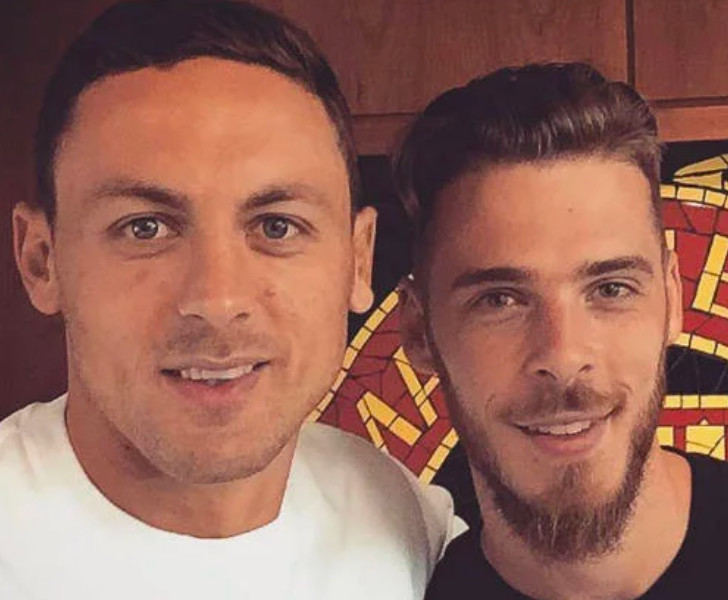 Matic returned to Chelsea FC in a £21m deal in January 2015 a mere three years after he quit Stamford Bridge.

The defensive midfielder made his second debut for Chelsea FC in a 3-1 win over Manchester United.

His second appearance for the Blues saw Matic win the man of the match award following his performance in a 1-0 win over unbeaten Manchester City at The Etihad.

Unlike his first spell at Stamford Bridge, Nemanja was a regular in the first-team and finished the 2013-14 season with four assists in 17 Premier League games. 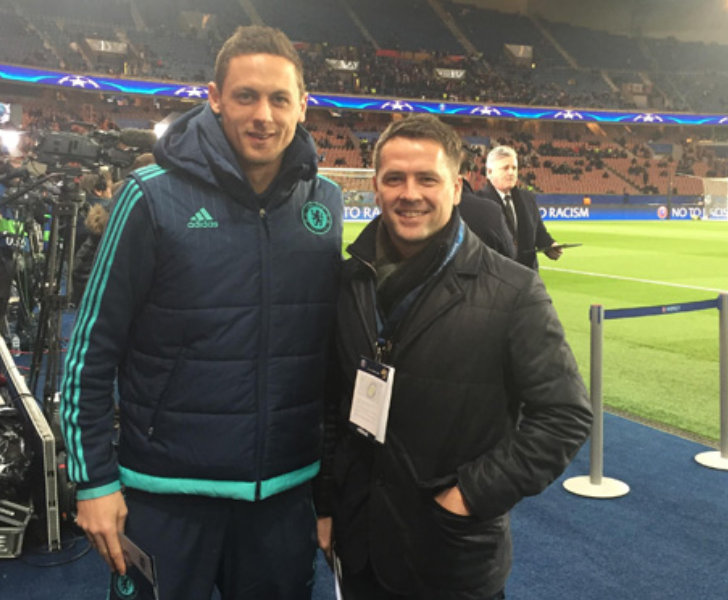 He continued his fine form with another Champions League goal against Slovenian side NK Maribor.

Matic missed Chelsea FC’s win over Tottenham Hotspur in the League Cup final at Wembley due to his sending off at Burnley.

The holding midfielder scored one goal and made three assists in 36 games during Chelsea FC’s title-winning campaign in 2014-15.

Matic was named in the Premier League team of the year such was his impressive consistency throughout the season.

Nemanja opened his account for the 2015-16 season with successive goals against Everton at Goodison Park in September.

He earned his second red card of his Chelsea FC career in a 2-1 loss to West Ham United at Upton Park.

Like most of his Chelsea FC team-mates, Matic struggled in the opening half of the campaign culminating in Mourinho’s dismissal in December.

Antonio Conte was appointed as the Portuguese coach’s permanent successor at the start of the 2016-17 Premier League season.

Matic anchored Chelsea FC’s midfield alongside 2016 summer signing N’Golo Kante under Conte to help the Blues bounce back from a tricky start to the Italian’s first season.

He was a vital member of the Blues team as Chelsea FC racked up 13 successive Premier League victories to pull clear at the top of the table.

Matic scored a brilliant long-range strike to help Chelsea FC ease to a 4-2 win over Tottenham Hotspur at Wembley in April 2017.

Matic was unable to help Chelsea FC avoid a 2-1 loss to Arsenal in the FA Cup final at Wembley in May. 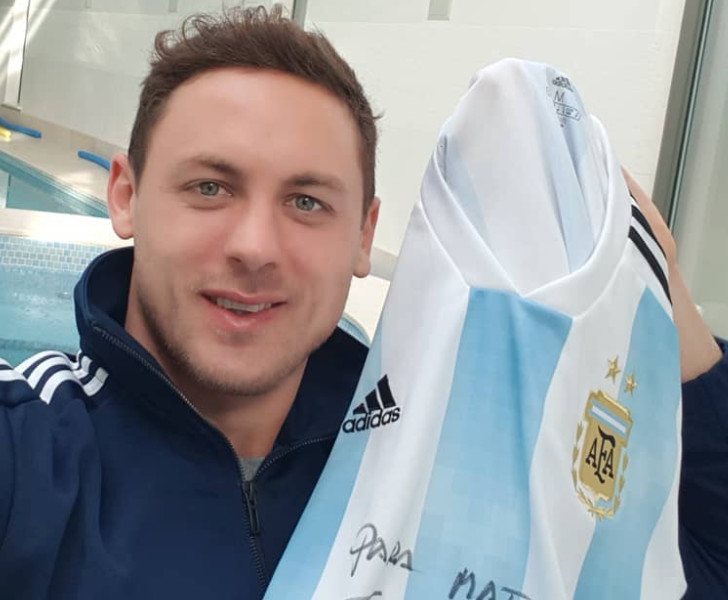 Chelsea FC made the surprise decision to sell Matic to Manchester United in a £40m deal in August 2017.

Nemanja linked up with his former Chelsea FC boss Mourinho at Old Trafford.

Matic made his Premier League debut for the Red Devils in a 4-0 win over West Ham in their season opener and was named man of the match for his dominant performance.

The Serbia international created a goal in Manchester United’s 4-0 victory over Everton in September to help the Red Devils make an unbeaten start to the campaign.

Nemanja earned rave reviews for his displays in the middle of the park after replacing Michael Carrick in a holding role in Mourinho’s team. 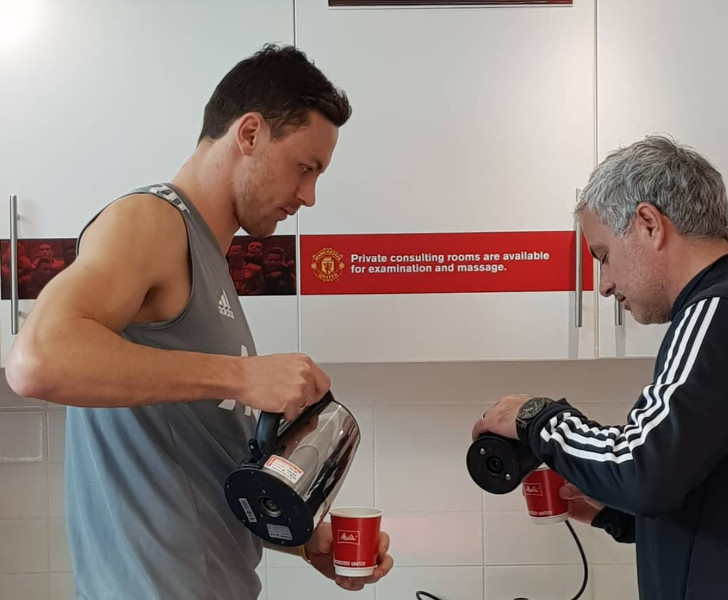 He ended his first season at Old Trafford with two goals in 50 games.

Matic made his debut for the Serbia national team in a 1-0 loss to Poland on 14 December 2008.

He withdrew himself for selection during Sinisa Mihajlovic’s 12-month stint in charge of Serbia.

Nemanja returned to the Serbia team for a 1-1 draw with Croatia but was sent off in the World Cup qualifier.

Matic scored an overhead kick in a 2-1 loss to Portugal at the Estadio da Luz, where he had played with Benfica.

Nemanja has a younger brother called Uros who is also a professional footballer.

Nemanja married his partner Aleksandra Pavic in 2010. The pair have three children. 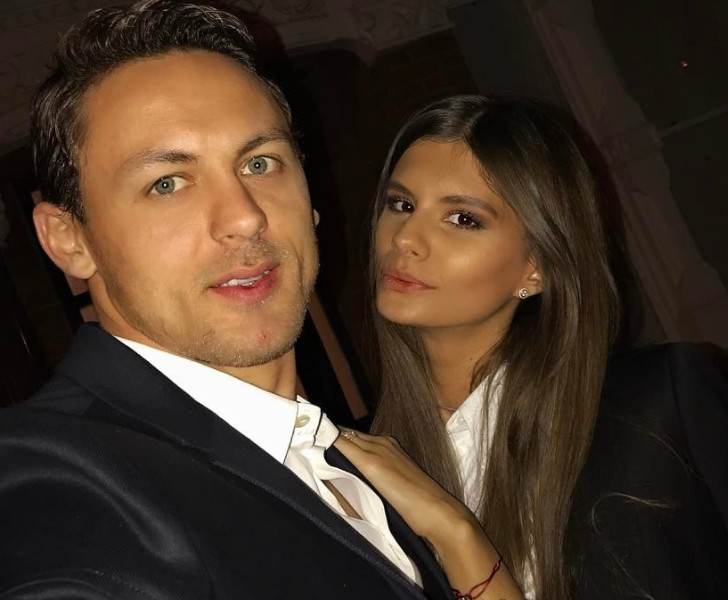 Nemanja Matic – Did You Know?

• Matic was coached by his father at his first youth-team club, Vrelo, before joining several other youth teams including Obrenovac 1905, Red Star Belgrade and Partizan.

• Prior to joining Chelsea for his first spell in 2009, Matic had a trial with then-Premier League side Middlesbrough and was set to join the club but a deal did not materialise in the end.

• Matic has spoken of his experience with NATO bombing as a child: “It wasn’t easy at that time in Yugoslavia, because of the war, but I was very young. The worst memory is 1999, when I was 12 or 13, and America sent bombs to our country. This moment was difficult for me because I didn’t understand why it was happening.”