By The Sport Review
Updated on Wednesday 30 March 2022 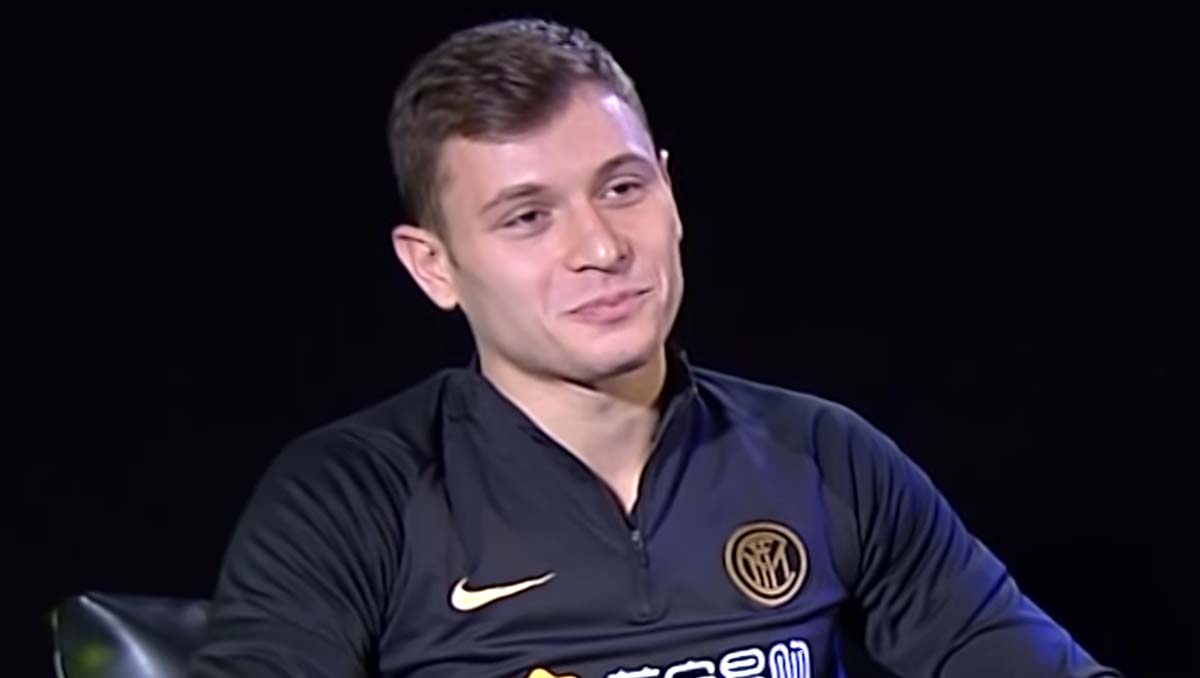 Nicolo Barella is an Italian footballer who plays as a midfielder for Inter Milan.

The 25-year-old midfielder was born in Cagliari, Sardinia and came through Cagliari’s youth system on the Italian island.

He made his Serie A debut for Cagliari in May 2015 and went on to be a regular fixture in the club’s first team in the seasons that followed.

In July 2019, Barella joined Inter Milan on an initial one-year loan deal which included an obligation to buy on a four-year contract at the end of the temporary spell.

He featured 27 times in Serie A for Inter Milan in the 2020-21 season under Antonio Conte as the club won the Italian league title.

Barella featured for Italy at various youth levels and made his senior debut for the Azzurri in October 2018.

He was part of the Italy side who won the Euro 2020 tournament, held in the summer of 2021, with Barella scoring one goal and making two assists in six appearances at the competition.

So, what do we know about Barella’s journey to becoming the talented footballer he is today? This is his story.

Nicolo Barella (Nicolò Barella) was born on 7 February 1997 in Cagliari, Sardinia, Italy. He has a younger sister named Martina, and his father, Luca, also used to play football.

He showed a keen interest in football from an early age and began playing the sport when he was just three-and-a-half years old.

“I started playing football when I was three-and-a-half years old,” said Barella.

“My dad Luca was a footballer, he played in Eccellenza in San Sperate. He would take me when I took part in amateur tournaments.”

Barella has explained that when he was a young boy, his mother would take him to basketball practice, but he would end up kicking the ball against a wall, indicating his preference for football as a sport. 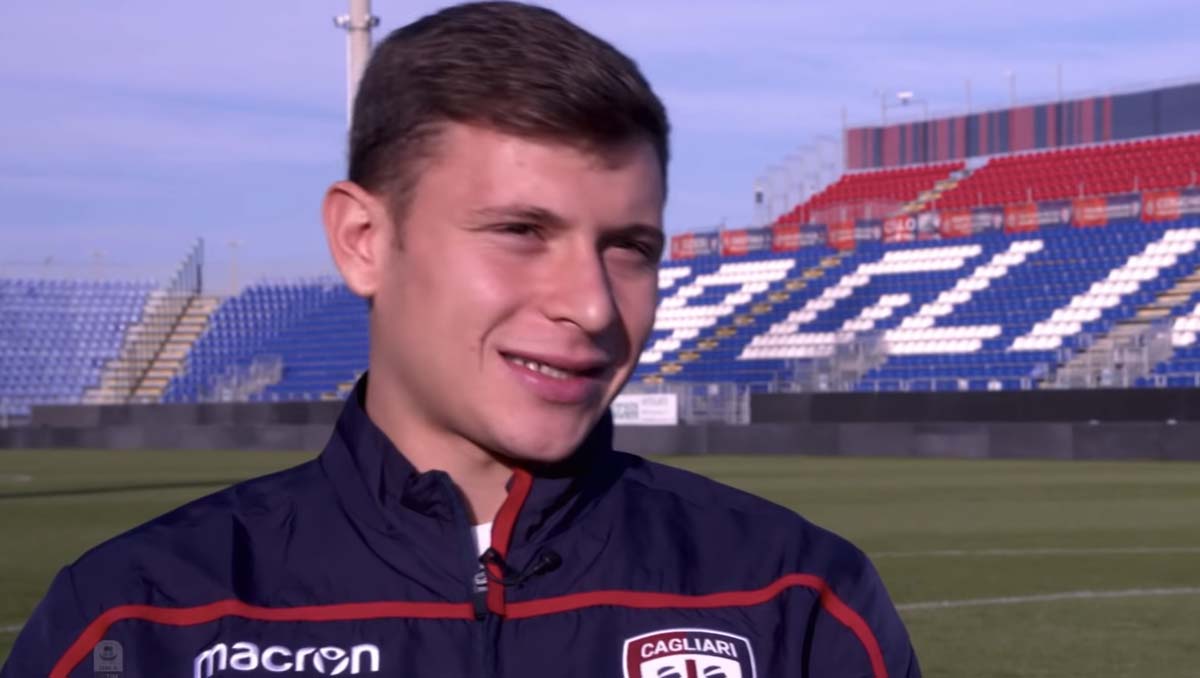 When he was five years old, he officially joined the Scuola Calcio Gigi Riva, in Cagliari, and it was there that he began taking his first strides in the footballing world. He was there until he was nine years old, when a move to Cagliari’s youth set-up beckoned.

“At Gigi Riva, the educational and social aspects were very important [as well as football development],” explains Nicolo. “I played there until I was eight years old, and when I was nine, I joined Cagliari.”

Barella joined Cagliari’s youth set-up when he was around nine years old, in 2006.

After making steady progress through the Italian club’s youth system, Barella made his Serie A debut for Cagliari on 4 May 2015, when he came on as a second-half substitute in a 4-0 home win against Parma.

In January 2016, Barella was sent out on loan to Como in Serie B, and he made 16 league appearances for the club in the second half of the 2015-16 campaign.

After his return to Cagliari, Barella then began to establish himself as a regular fixture in the first team in the campaigns that followed. He made more than 25 appearances in Serie A in the three seasons following his return from his loan spell.

During that time, Barella scored his first professional and Serie A goal, in a 2-0 home win over SPAL on 17 September 2017.

His impressive performances in the middle of the park had caught the eye of Inter Milan, and a transfer to Milan soon beckoned.

Barella signed for Inter Milan on a one-year loan deal on 12 July 2019. The deal included an obligation to buy, with a four-year contract set to begin after the loan deal ended.

He made his debut for Inter Milan on 26 August 2019 in a Serie A game against Lecce.

His Champions League debut followed on 17 September 2019, and scored his first goal for the club when he netted the equaliser in a 1-1 draw with Slavia Prague.

Barella was a regular fixture in the first team for Inter in the 2020-21 season as the club won the Serie A title under Antonio Conte. He scored three goals in 36 Serie A games for Inter as they claimed the trophy. 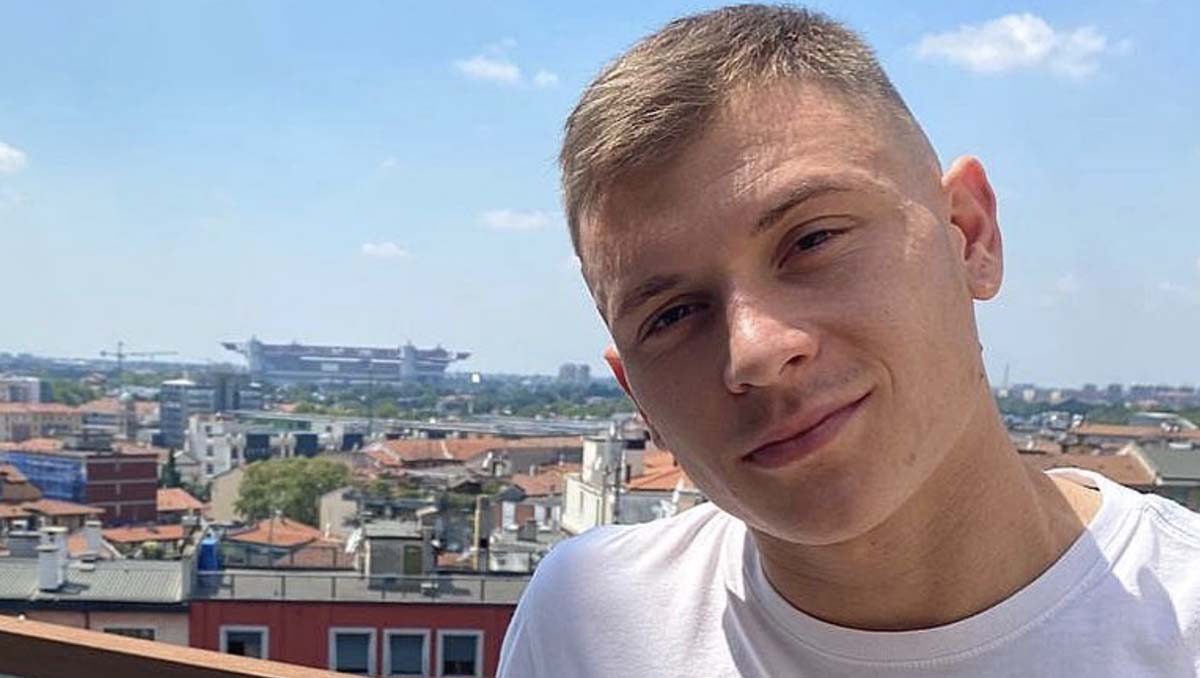 On 5 November 2021, it was announced that Barella had signed a new contract to keep him at Inter Milan until June 2026.

“I am happy to have renewed and to be able to defend these colors again… Forza Inter,” Barella said at the time.

Barella represented Italy at various youth levels until making his senior debut for the national team in 2018.

His first senior appearance for Italy come on 10 October 2018 in a 1–1 friendly draw against Ukraine in Genoa.

Barella was part of the Italy team who won the Euro 2020 tournament, held in the summer of 2021. He scored one goal and made two assists in six appearances at the final tournament as they won the trophy under Mancini. 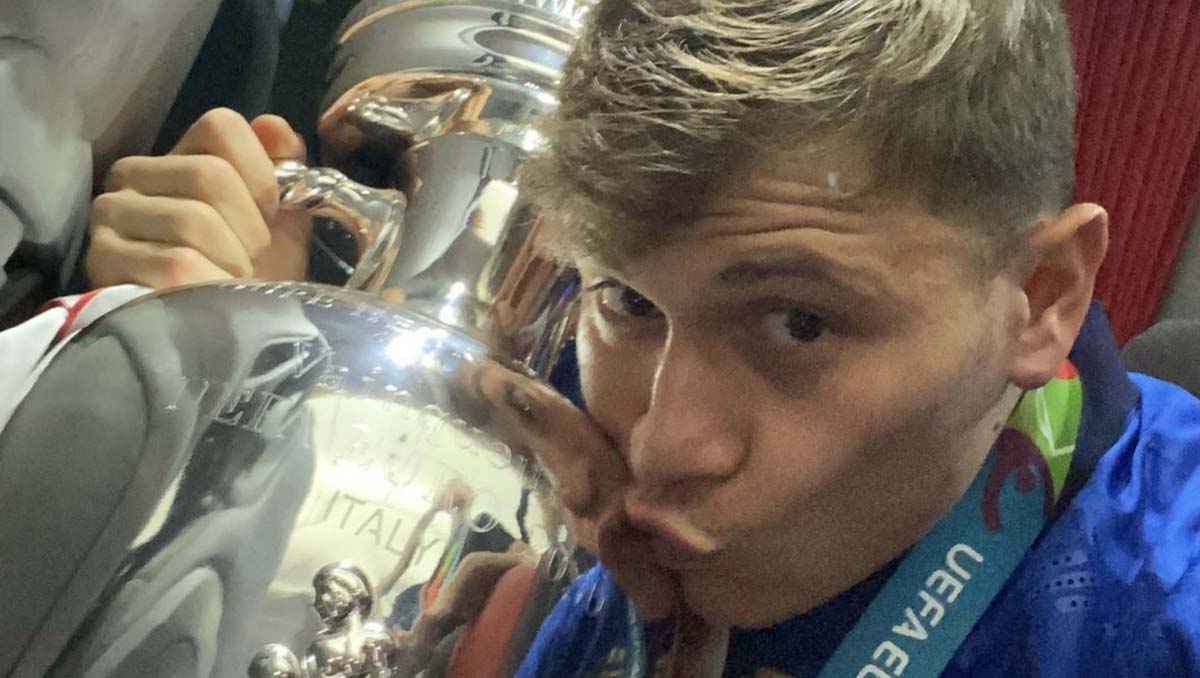 In November 2021, after Barella signed a new and improved contract with Inter Milan until June 2026, Italian journalist Fabrizio Romano reported that the midfielder would be earning around €5m net per season.

If that number was correct, it meant that Barella was earning around €96,000 per week.

Barella is fiercely proud of his Sardinian heritage. Asked what it means to have been born and raised on the island, Barella said: “It about feeling part of a community. It’s a feeling I get when I play – it’s not just the cheering, but the passion of an entire community that drives me.

“It’s a source of pride. I rejoice in victories and suffer in defeats more than others. I know that people would always want more from me, but they must know that even when I do wrong, I have given everything. I can miss a step, but never the attitude.”

Barella married his wife Federica in July 2018. The couple have three children together.

England legend Gary Lineker, posting on Twitter after Barella scored for Italy in their 2-1 win over Belgium at Euro 2020: “Barella the fella as Italy lead with a cracking goal. Superb game this.”