The South American forward moved to Liverpool FC in 2015 summer transfer window from German side Hoffenheim.

The Brazilian attacker was handed the Liverpool FC number nine shirt at the start of the 2017-18 season in a clear sign of his importance to the Merseyside club.

The Liverpool FC star made his first appearance at an international tournament when Brazil participated in the 2015 Copa America. 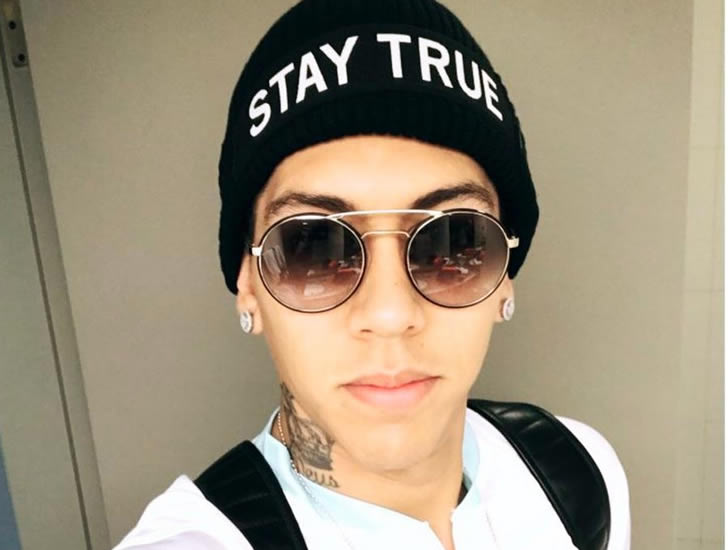 Roberto was something of an unknown quantity to Liverpool FC fans when the South American forward completed his move to Merseyside in 2015.

His football career started in his homeland after he was spotted by a dentist which led to a move to Brazilian club Figueirense.

Roberto’s professional debut for the Brazilian club came in October 2009, when he was a substitute in a 2-1 loss to Ponte Preta in Brazil’s second tier.

His performances for Figueirense started to attract some interest from some European clubs – and Hoffenheim 1899 won the race to sign Firmino. 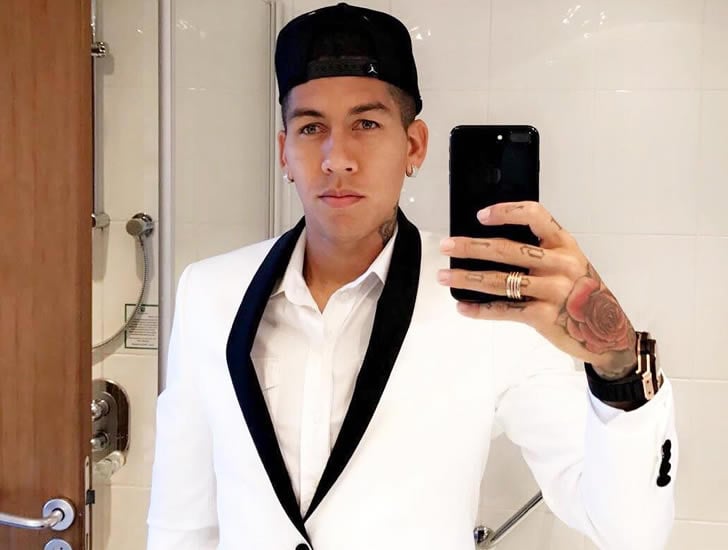 Firmino agreed a move to Hoffenheim 1899 in December 2010 and penned a five-year contract with the Bundesliga club.

He completed the switch to the German side when the 2011 January transfer window opened and embarked on his first footsteps in European football.

Roberto had an immediate impact, scoring three goals in 11 games, with his first goal a winner in a 1-0 victory over Eintracht Frankfurt in April 2011.

The Brazilian forward finished with seven goals in 30 games for Hoffenheim in the 2011-12 season as he started to build a promising reputation in Germany.

In fact, the South American won Bundesliga’s Breakthrough Player award after he finished fourth in the German top flight’s goal-scoring charts. He showed his unselfish side in his prolific 2013-14 season too, assisting 12 goals for his Hoffenheim team-mates.

Firmino’s consistent performances in Germany caught the interest of Liverpool FC and the South American became the club’s third most-expensive player of all-time when he completed a £29m switch to Anfield in June 2015. 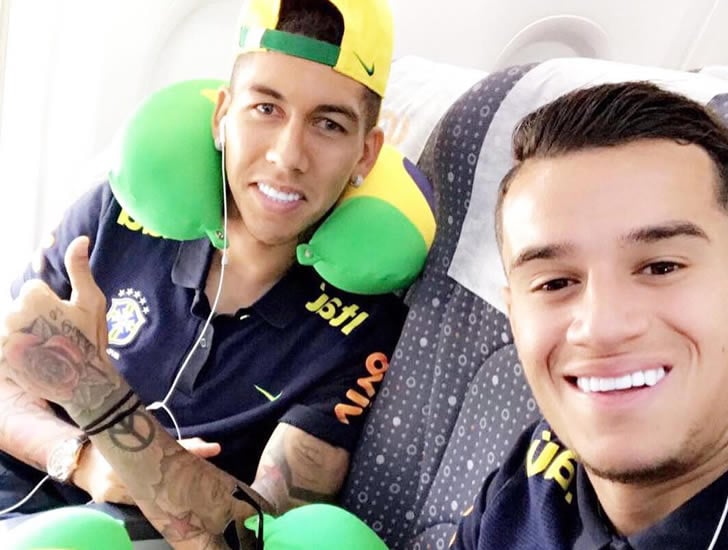 Liverpool FC agreed a £29m deal to sign Firmino from Hoffenheim 1899 on 23 June 2015 despite the forward participating in the Copa America at the time of his transfer.

Roberto put pen to paper on a long-term deal with Liverpool FC despite being initially linked with the Merseyside club’s bitter Premier League rivals Manchester United.

He was initially handed the Liverpool FC number 11 shirt when his transfer was officially completed on 4 July 2015.

Firmino made his Premier League debut in a 1-0 victory over Stoke City in Liverpool FC’s opening game of the 2015-16 season when he replaced Jordon Ibe in the second half.

Liverpool FC manager Brendan Rodgers used Roberto sparingly in the opening five games of the Premier League season despite only Andy Carroll and Christian Benteke costing more money in transfer fees than the Brazilian at that time.

This became apparent when Klopp made Firmino a first-team regular following his appointment as the Liverpool FC manager. The German coach preferred to use the Brazilian in a “false nine” role.

Unsurprisingly, it wasn’t long before Firmino opened his Liverpool FC account with a brilliant performance in a 4-1 victory over top-four rivals Manchester City at The Etihad. 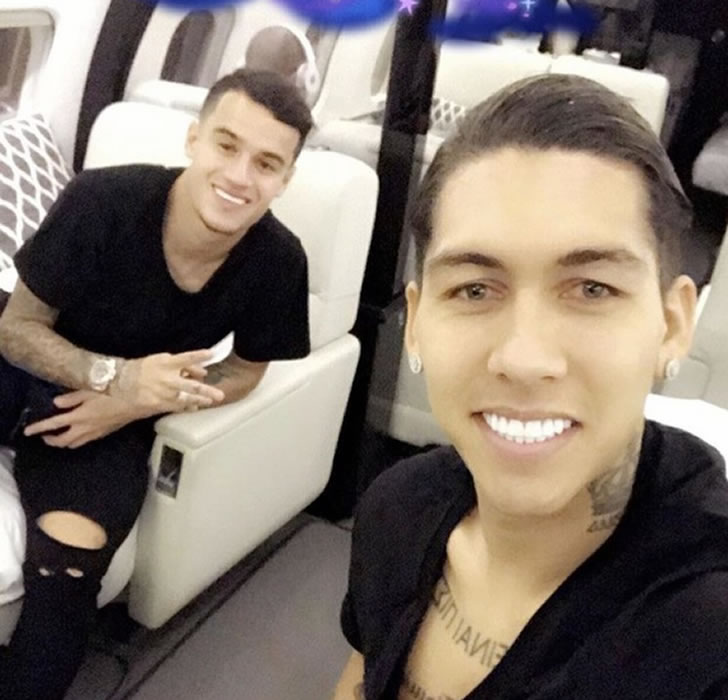 It was the first time Liverpool FC supporters go a glimpse of the potential partnership between Firmino, his compatriot Philippe Coutinho and England international Adam Lallana.

The Brazil international continued to improve under Klopp and Firmino scored two goals in a 3-3 draw with Arsenal as he found the net at Anfield for the first time.

A fortnight later, Firmino scored another double in a thrilling 5-4 victory over Norwich City in what is one of Liverpool FC’s most-memorable games under Klopp up until that point.

Roberto was named Liverpool FC’s player of the month in January 2016 following an impressive return of four goals in five games in all competitions.

Firmino finished season in style with goals against Manchester City and Manchester United at Anfield to further win over Liverpool FC supporters.

Unfortunately, the Brazilian couldn’t end his first season at Anfield with silverware after Liverpool FC were beaten on penalties by Manchester City in the League Cup final and lost 2-1 to Sevilla in the Europa League showpiece.

Firmino ended the 2015-16 season as Liverpool FC’s top goal-scorer in the Premier League after finding the net 10 times.

The Brazil international would surpass that tally in 2016-17 with 11 goals, as he helped Liverpool FC to finish in the top four and secure a return to the Champions League for the first time since 2014.

Firmino scored against Arsenal at Anfield for the second successive season to help Liverpool FC secure fourth place in Klopp’s first full season in charge of the Merseyside club.

The South American attacker was handed the prestigious number nine shirt at Liverpool FC at the start of the 2017-18 season, as he followed in the footsteps of Ian Rush, Robbie Fowler and Fernando Torres.

Firmino scored in Liverpool FC’s 4-2 win against Hoffenheim at Anfield in their Champions League play-off. His goal helped the Reds’ to secure a 6-4 aggregate win and book their place in the group stage at the expense of his former club.

Roberto produced his best return in front of goal in the 2017-18 season at Liverpool FC, with 15 goals and seven assists in 37 Premier League games.

Firmino won his first major trophy with Liverpool FC in 2018-19 when he helped the Reds to win the Champions League, beating Tottenham 2-0 in the final. Firmino was replaced by goal-scorer Divock Origi in the 58th minute of the final.

He then enjoyed further success with the Reds when he scored nine goals and made eight assists to help Liverpool FC win the Premier League title in 2019-20. He featured in every single Premier League game for the Reds in their title-winning season.

Firmino made his Brazil debut in 2014 despite previously being overlooked for the national team squad.

He made his senior international debut in a 4-0 victory over Turkey in November 2014.

In 2019, he helped Brazil to win the Copa America. 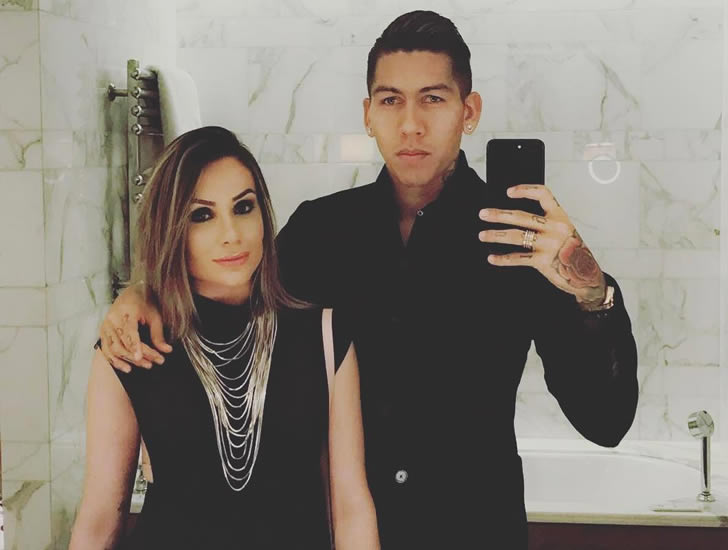 Firmino married his wife Larissa Pereira in the summer of 2017. They tied the knot in a lavish ceremony in Firmino’s hometown of Maceio in June 2017. The couple have two daughters together.

His then Liverpool FC team-mates Alberto Moreno, Philippe Coutinho and Lucas Leiva all attended his wedding.

Family is clearly important to Firmino, and his wife and daughters are regularly spotted showing their support for the forward during games at Anfield.

Roberto Firmino – Did You Know?

• During his time in Germany, Firmino had an incredible appearance record. He featured in 33 of Hoffenheim’s 34 league fixtures each season in his last three years at the Bundesliga club.

• Although he is now recognised as a top forward, Roberto actually started his career as a defensive midfielder.