By The Sport Review
Updated on Thursday 24 March 2022

Tammy Abraham is an English footballer who plays as a forward for AS Roma.

The 24-year-old came through Chelsea FC’s youth system, with the forward having joined the south west London club at under-eight level.

He came through the ranks at Stamford Bridge and made his first-team debut for the Blues in May 2016.

Abraham was then sent out on loan to Bristol City, Swansea City and Aston Villa to gain some valuable first-team experience as he continued to develop his game.

He then established himself as a regular fixture in the first team at Stamford Bridge, featuring prominently in the 2019-20 and 2020-21 campaigns.

In the summer of 2021, Abraham left Chelsea FC to sign for Italian side AS Roma, who were coached by Jose Mourinho at the time.

Abraham represented England at various youth levels and made his senior debut for the Three Lions back in 2017.

So, what do we know about Abraham’s journey to becoming the talented player he is today? This is his story.

Tammy has a younger brother, Timmy, who is also a professional footballer and plays as a forward.

Abraham is of Nigerian descent – his father grew up in the town of Warri, in southern Nigeria, before moving to England.

Abraham arrived at Chelsea FC’s youth set-up when he was just seven years old, back in 2004.

He came through the south west London club’s academy system and would catch occasional glimpses of idols such as Didier Drogba, Frank Lampard and John Terry during his time at Cobham.

Abraham played in a variety of positions as he progressed through the youth system at Chelsea FC, including wide-left, wide-right and as a central striker.

He made his youth team debut for Chelsea FC as an Under-16 on the opening weekend of the 2013-14 season.

Abraham continued to impress as he progressed through the ranks at Chelsea FC and the first team soon beckoned.

He made his first-team debut for Chelsea FC on 11 May 2016, coming on as a second-half substitute in a 1-1 draw with Liverpool FC at Anfield in the Premier League.

Abraham was then sent out for three fruitful loan spells to British clubs. First, he spent the 2016-17 season at Bristol City. Then he joined Swansea City on a season-long loan deal for the 2017-18 campaign. And finally, he spent the 2018-19 campaign at Aston Villa.

During his three loan spells, he scored a combined 53 league goals for the clubs.

He found his first-team opportunities at Stamford Bridge to be more restricted in the 2020-21 campaign.

Lampard was sacked midway through the season and replaced by Thomas Tuchel, and Abraham featured less regularly under the German head coach. He finished the 2020-21 campaign with six goals in 22 Premier League appearances – but he only started 12 of those games. 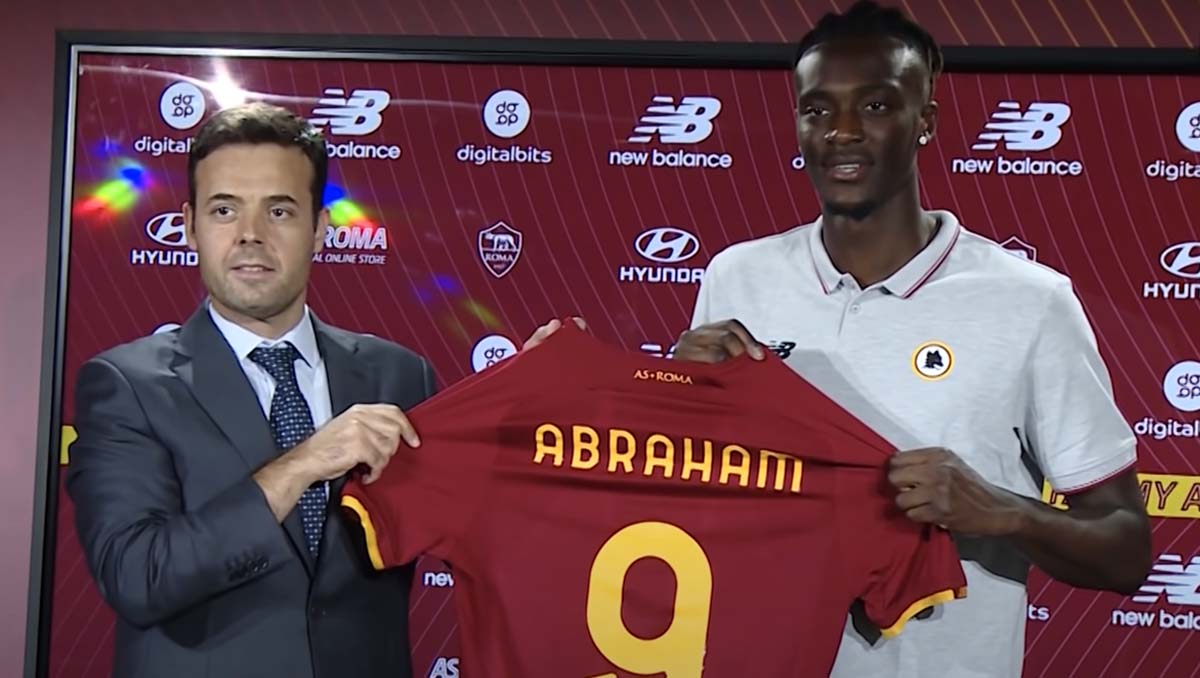 Following plenty of speculation about his future, Abraham signed for Italian side AS Roma on 17 August 2021, penning an initial five-year contract for the club, who were being coached by Jose Mourinho. He was handed the number nine shirt.

The deal was reported to include a buy-back option for Chelsea FC that would become active after two years (more details below).

“You can sense when a club really wants you – and Roma made their interest clear immediately,” said Abraham at the time of his unveiling. 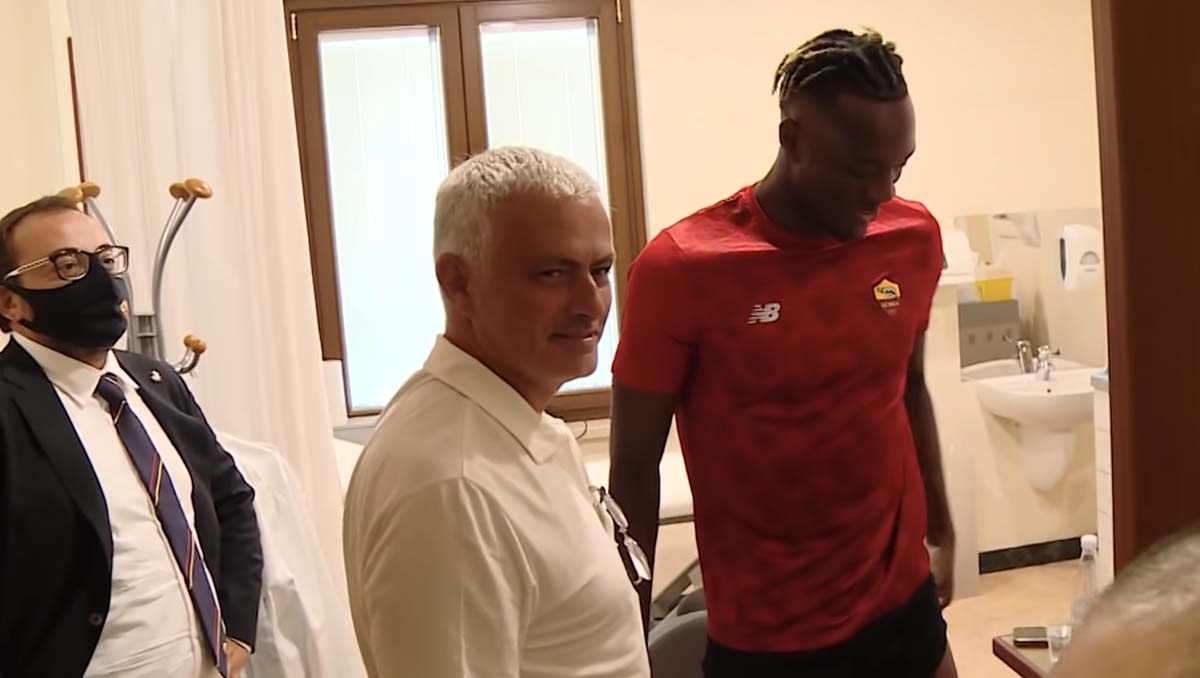 “Roma is a club that deserves to be fighting for titles and trophies. I’ve had the experience of winning major trophies and I want to be in those competitions again – so I want to help this team to achieve that and get to the level where Roma should be. It’s a massive honour to be the number nine at this club.”

Abraham made his debut for AS Roma in a Serie A game against Fiorentina on 22 August 2021, with the striker assisting two of his side’s goals in the 3-1 home victory.

He scored his first goal for AS Roma on 29 August 2021, netting in a 4-0 victory away to Salernitana in Serie A.

According to The Athletic, Abraham was earning around £70,000 per week at Chelsea FC before his transfer to AS Roma in the summer of 2021.

Following his move to Roma, The Athletic reported that Abraham would earn a net salary of around €6m per year, which works out at around €115,000 per week.

According to the same report in The Athletic, Chelsea FC inserted a buy-back option as part of the deal. The buy-back option could only be triggered after two seasons and was said to be worth €80m (£68m).

Abraham represented England at various youth levels and made his senior debut for the Three Lions on 10 November 2017, when he started a goalless draw against Germany at Wembley in an international friendly.

He scored his first senior goal for England on 14 November 2019, netting in a 7–0 win over Montenegro in Euro 2020 qualifying.

Abraham is a committed Christian and he has spoken about how his faith in God has helped him throughout his footballing career.

“We are very strong Christians,” Abraham said of his family in an interview with The Mirror in September 2019. “I’ve had a lot of Nigerian family and friends around south London. A lot of African friends and a lot of friends from different cultures.

“They are always coming to my house, eating my mum’s food and that. They’ve had to get used to it!”

At the time of writing, the bio on Abraham’s personal Instagram account read: “God’s son that plays ball.” 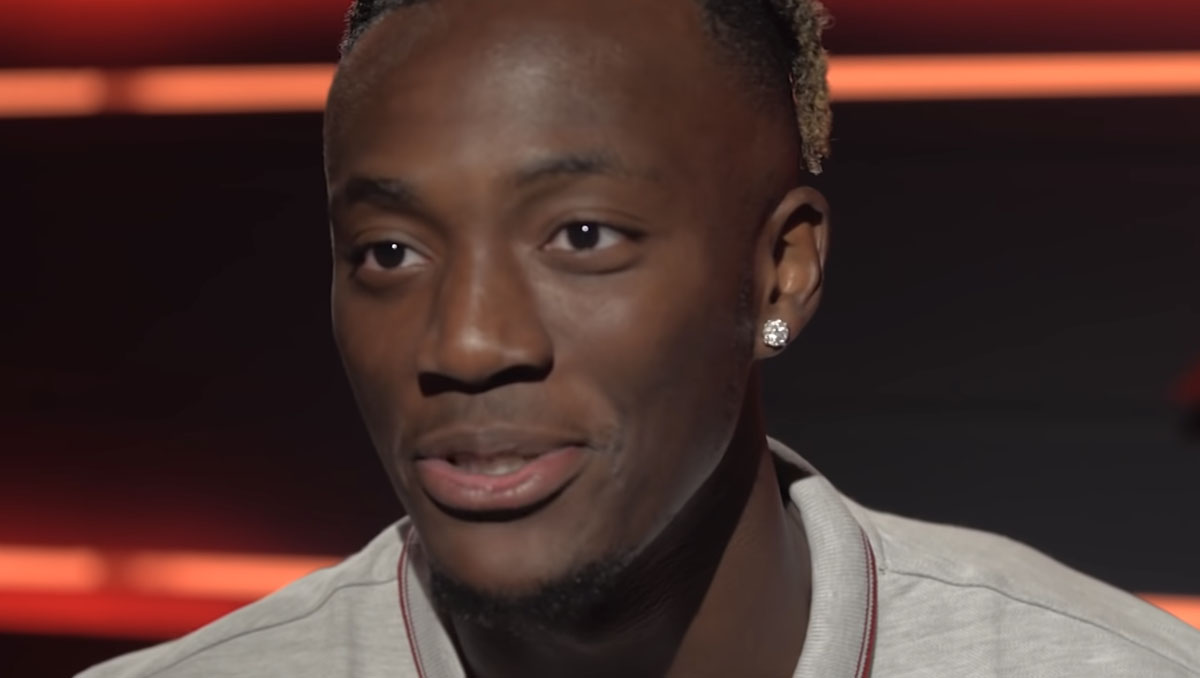 Former Chelsea FC boss Frank Lampard, speaking about Tammy Abraham in December 2020: “I’m very pleased with his form, and Tammy offers a lot. Tammy and Olivier Giroud have offered us a lot in their own way at different times. Now he just has to keep working and keep progressing. Last season was a great, real breakthrough season for him in terms of Premier League and being Chelsea’s number nine, and there’s more work he can do. I’m very happy with him.”

Chelsea FC boss Thomas Tuchel speaking about Abraham’s lack of game-time at the club in August 2021: “He was clearly not happy with the last half a year and maybe he has reason also not to be happy and maybe it was also my fault not to push him, not to trust him on the same level I maybe trusted other players.

“I can absolutely understand that he wants more minutes. So the decision will be ‘how do we plan, what are Tammy’s plans, does he fight his way back into the team from the position where he ended last season or does he want to change club to have the chance of being a regular starter?'”