By The Sport Review
Updated on Thursday 18 August 2022 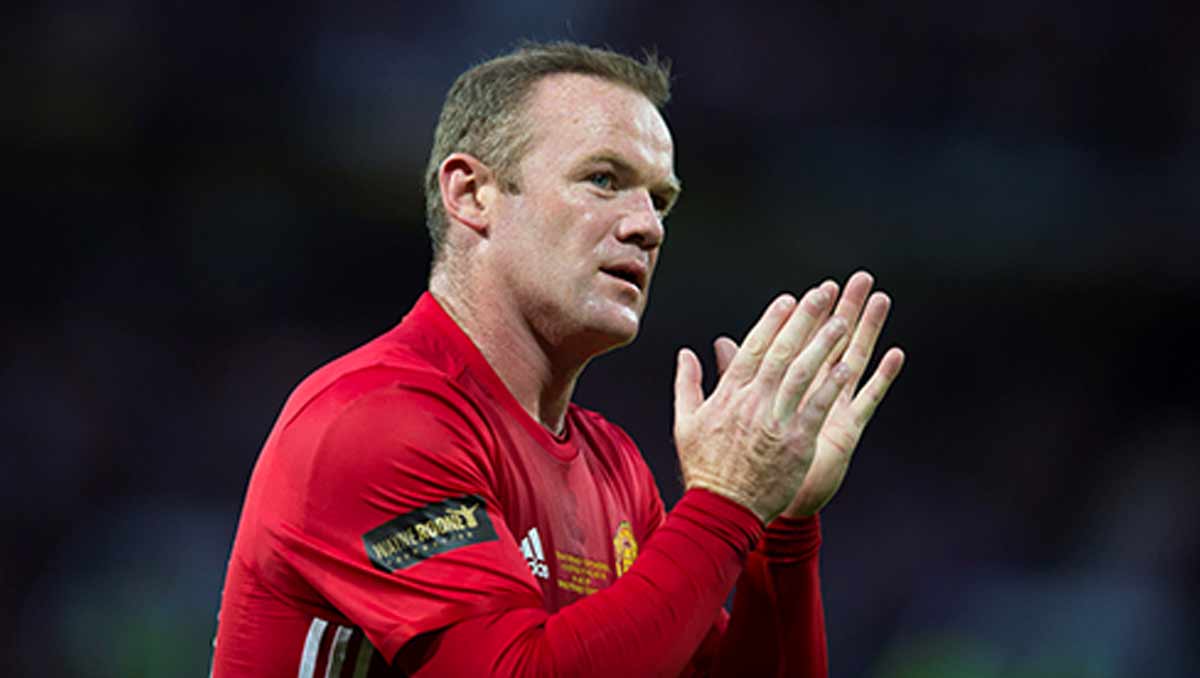 Wayne Rooney is an English football manager and former footballer. He won five Premier League titles with Manchester United during a decorated playing career with the Red Devils.

As a young player, Rooney came through Everton’s youth academy and made his first-team debut for the Toffees in 2002. He famously scored a stunning goal in a 2-1 Premier League victory over Arsenal in October 2002.

Rooney scored 15 league goals for Everton between 2002 and 2004 before earning a big-money transfer to Manchester United in the summer of 2004.

The forward went on to establish himself as one of the club’s top players, scoring 253 goals in 559 games in all competitions for the Red Devils and helping them to win five Premier League titles, as well as the Champions League, under Sir Alex Ferguson.

In 2017, Rooney enjoyed a brief return to Everton before moving to the MLS to sign for DC United in the summer of 2018. In January 2020, Rooney returned to England to become a player-coach at Derby County.

In the summer of 2022, Rooney returned to DC United, this time as their head coach.

So, what do we know about Rooney’s footballing journey? This is his story. 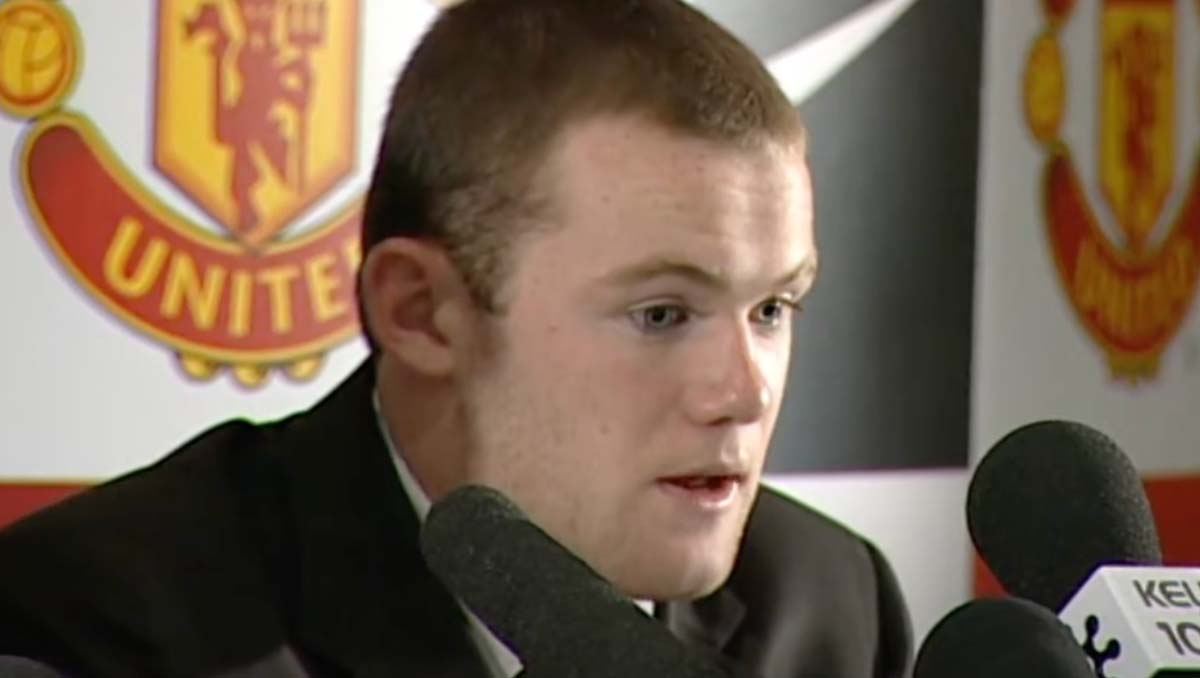 Wayne Rooney after signing for Man United back in 2004 (Photo: YouTube / Screengrab)

Rooney signed for Everton when he was just nine years old after being spotted playing for Copplehouse under-10s.

He made his first-team debut for the Toffees on 17 August 2002 when he started in a 2–2 home draw against Tottenham Hotspur. Rooney scored his first goals for Everton when he netted twice in a 3–0 away win over Wrexham in the second round of the League Cup on 2 October 2002.

Rooney, aged 16, announced himself on the Premier League stage on 19 October 2002, when he scored a spectacular winning goal in a 2-1 victory over Arsenal at Goodison Park.

The striker went on to score 17 goals in 77 first-team games for Everton over two seasons, before a transfer away from Goodison Park beckoned.

After much speculation about Rooney’s future, the striker ended up signing for Manchester United on a six-year contract on 31 August 2004.

The transfer fee was reported to be a guaranteed £20m, rising by as much as £7m according to the striker’s appearances and achievements.

“I am very excited,” said Manchester United boss Sir Alex Ferguson at the time. “I think we have got the best young player this country has seen in the past 30 years. Everyone is delighted by this signing.” 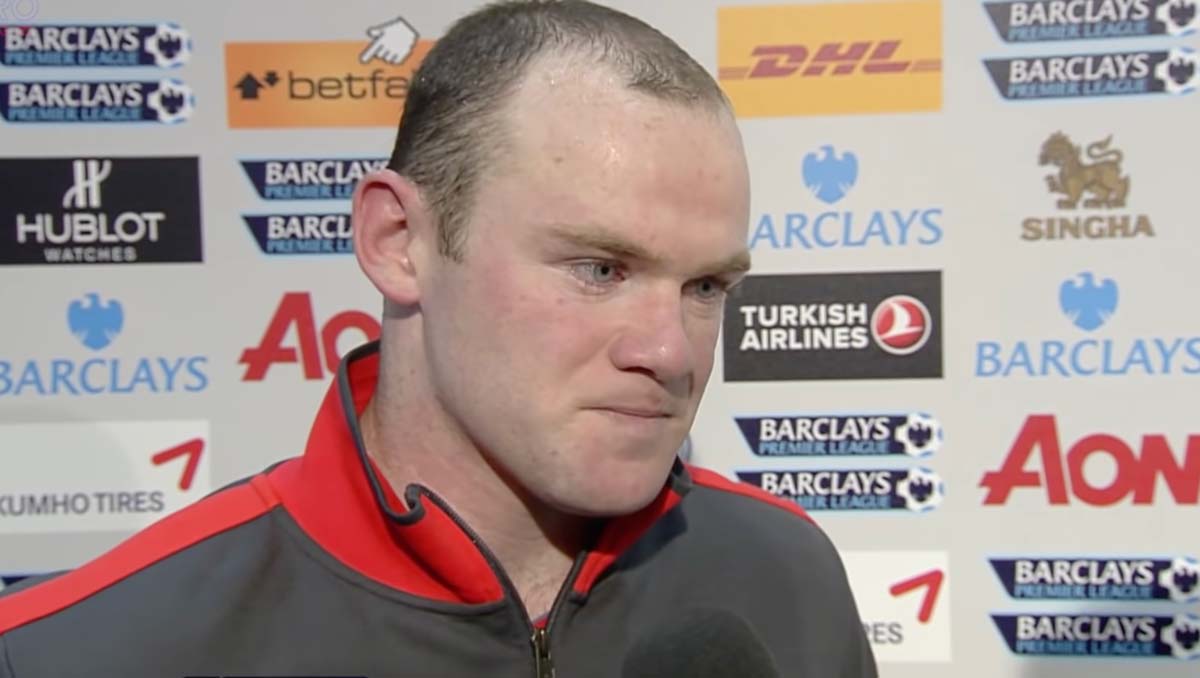 Meanwhile, Rooney, who was aged 18 at the time, said: “I’m excited to be joining a club as big as Manchester United. I feel this can only improve my career.”

Rooney made a spectacular start to life at Manchester United when he scored a hat-trick and set up another goal in a 6-2 victory over Fenerbahce in the Champions League on 28 September 2004 at Old Trafford in what was his first appearance for the club.

Rooney, who had been given the number eight shirt at Old Trafford, went on to enjoy a glittering career at Manchester United, firmly establishing himself as one of the club’s greatest-ever forwards.

In total, the forward scored 253 goals in 559 games for the Red Devils, helping them to win five Premier League titles, the Champions League, the FA Cup and three League Cups. He also helped Manchester United to win the Europa League in 2016-17.

Rooney ended his career at Manchester United as the club’s all-time top goal-scorer. 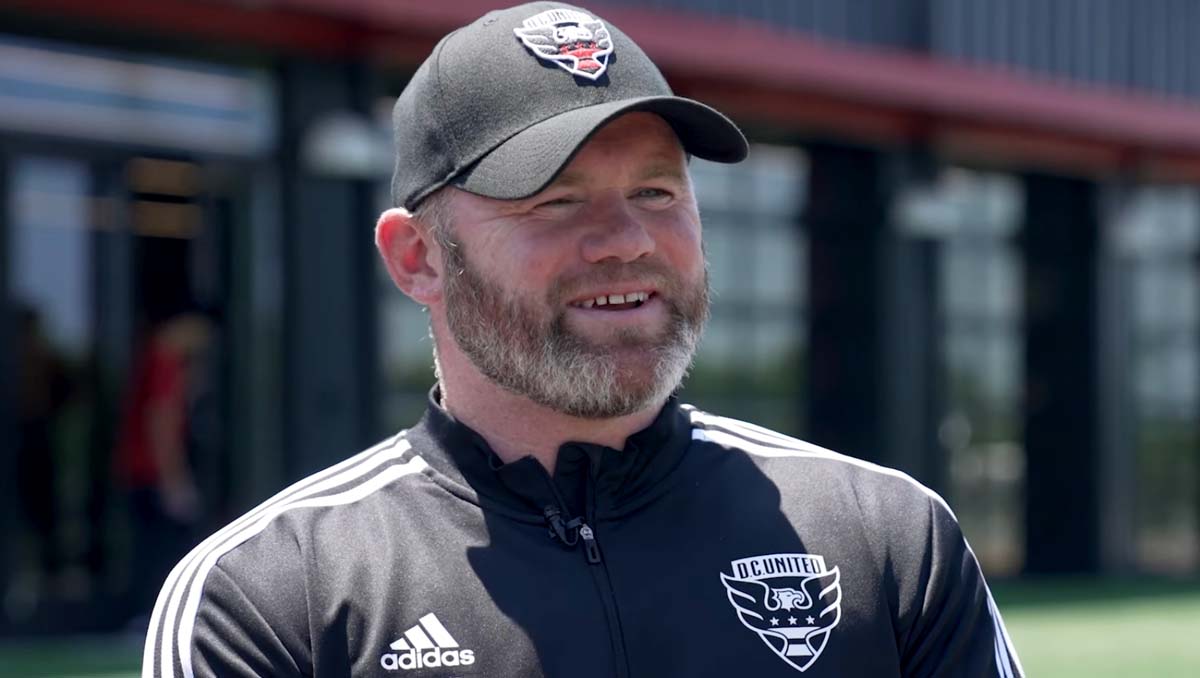 Rooney made a brief return to his boyhood club Everton in July 2017. He scored 11 goals 40 games in all competitions for the Toffees in the 2017-18 campaign.

In the summer of 2018, it was announced that Rooney would be joining MLS side DC United, on an initial three-and-a-half year deal.

Rooney made his playing debut for DC United on 14 July 2018, in a 3–1 win against the Vancouver Whitecaps.

In January 2020, Rooney returned to England to take up a player-manager role with Derby County, and a year later, he retired from playing football after having been appointed as the club’s permanent manager.

In June 2022, Rooney resigned as Derby boss after the club were relegated from the Championship to third-tier League One, having being handed two separate points deductions for entering administration and breaching financial rules earlier in the season. 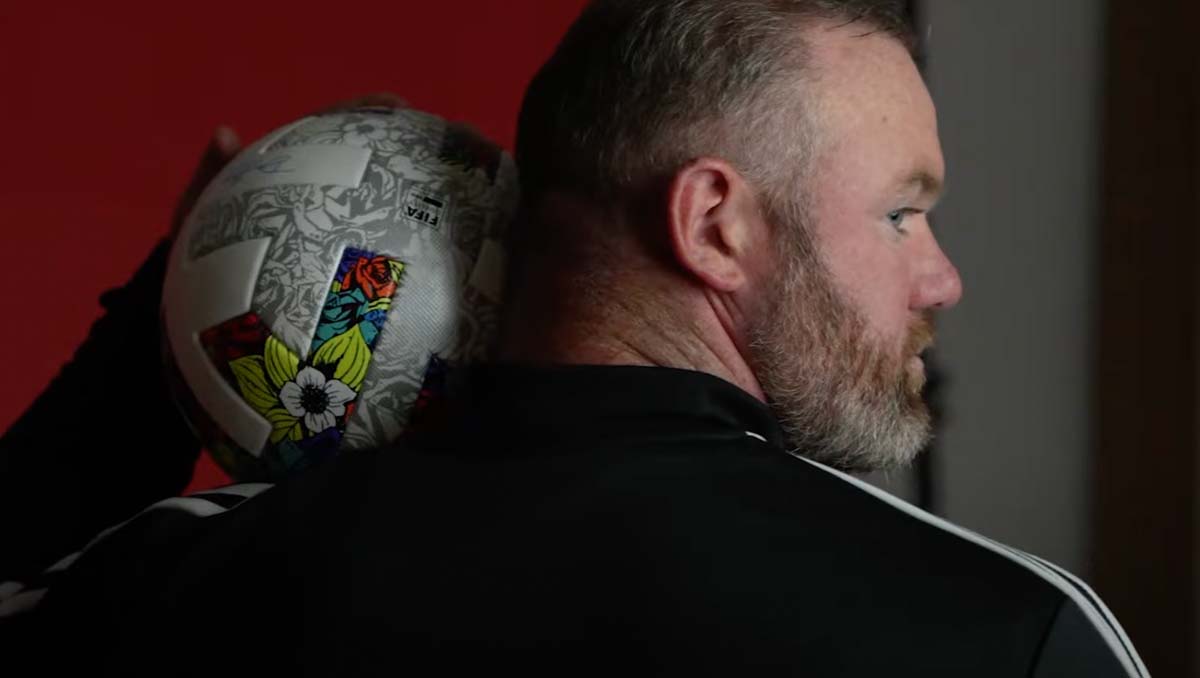 Rooney made his senior international debut for England on 12 February 2003 in a friendly defeat by Australia. Aged 17 years and 111 days, he became the youngest player to feature for England.

On 6 September 2003, Rooney became England’s youngest-ever goal-scorer when he netted in a 2–1 away victory over Macedonia in a Euro 2004 qualifying match.

Rooney went on to score 53 goals in 120 games for his country.

Net Worth, Salary And Earnings

As is the case with most sports stars and celebrities, there is no ‘official’ figure available for Wayne Rooney’s net worth. However, a number of publications have attempted to make estimates as to how much Rooney is worth over the years.

In the summer of 2022, following his appointment as head coach at DC United, English newspaper The Sun reported that Rooney was earning around £800,000 per year from his contract with the MLS outfit.

Rooney is a boyhood Everton supporter and also follows Scottish side Celtic.

Rooney met his wife Coleen when the pair were both in secondary school. They got married in the summer of 2008 after having dated for six years. 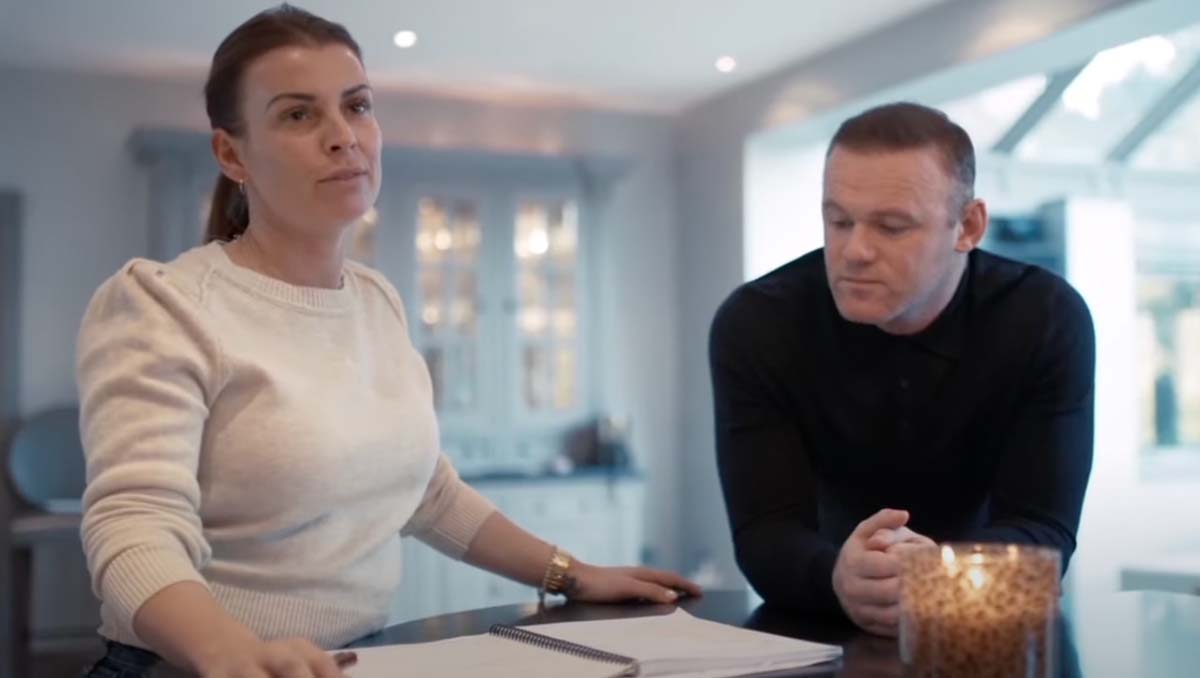 As a youngster, Rooney used to take part in both boxing and football. In a 2010 interview, he revealed that he still partook in recreational boxing as a means of stress relief.

“I used to do boxing and football,” said Rooney. “I was training every night with one of them and when I got to about 15, Everton said I had to stop boxing if I wanted to carry on playing football.

“I had a good chance of making the first team, so I stopped. I still love watching boxing. It is a big thing in my family. I can still do a bit now after training, but obviously not fighting. I enjoy it. It is a good way to get rid of some anger.”

Arsene Wenger, speaking about Rooney after he scored the winner for Everton against Arsenal in October 2002: “Rooney is the biggest English talent I’ve seen since I arrived in England.”

Gary Neville, speaking about his former team-mate Wayne Rooney in January 2021 on Sky Sports: “He was the best centre-forward I ever saw at Manchester United and ever played with. In and out of possession, in the dressing room, the energy every single morning. He was an absolute livewire, street fighter, tough, score goals, assist goals, the best defender, never give in. Everything you would want in a footballer he was there, and to me, the best striker I played with because he did everything.”

Cristiano Ronaldo on Wayne Rooney, speaking in 2015: “I miss playing with Rooney. Maybe we will play together again one day. He was the kid of England, everyone loved him. He was so powerful I was calling him ‘Pitbull.’ The power of Wayne Rooney is his mentality and strength and he never stops. He’s a fantastic team player and he scores. He’s a fantastic boy and he helped me a lot when he came to join us in Manchester.”