By The Sport Review
Updated on Monday 28 March 2022 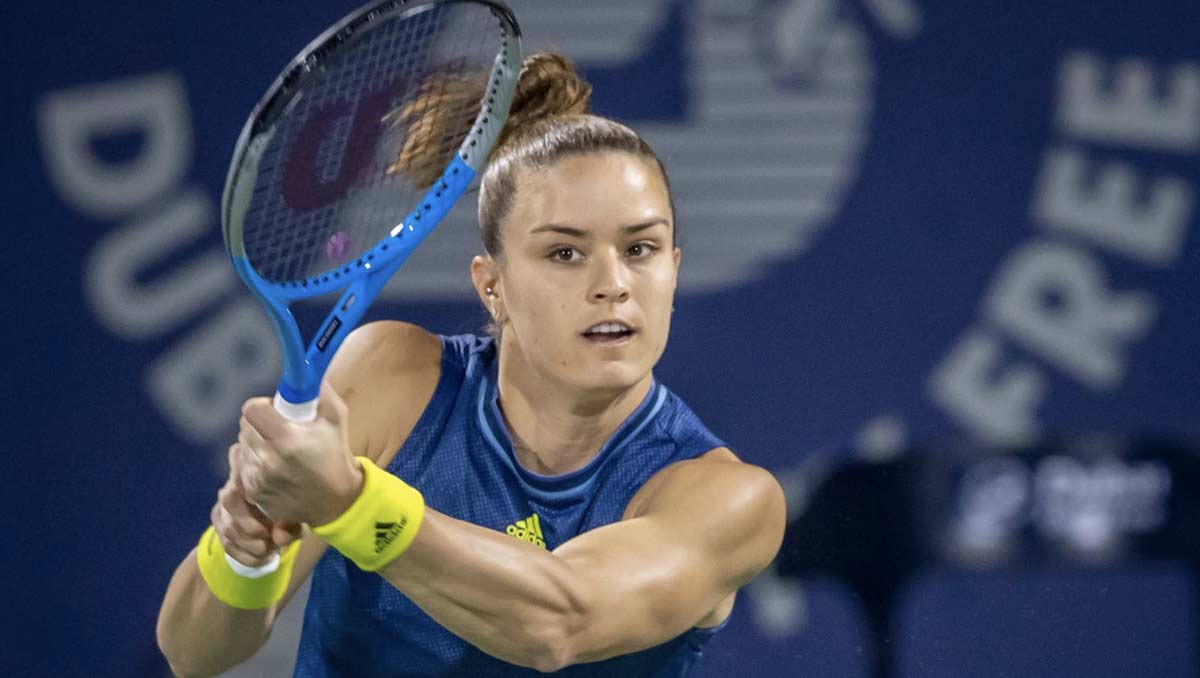 Maria Sakkari is a Greek tennis player. She won her first WTA title in Rabat, Morocco, in 2019.

She was introduced to tennis when she was six years old by her parents, and she moved to Barcelona when she was 18 in order to be able to train.

Her mother, Angeliki Kanellopoulou, is a former top-50 player on the WTA Tour.

Sakkari won her first WTA title in May 2019, when she defeated Britain’s Johanna Konta in the final of the Grand Prix de SAR La Princesse Lalla Meryem in Morocco.

When she was younger, Sakkari looked up to the likes of Serena Williams, Rafael Nadal and Roger Federer as she developed her game.

So, what do we know about Sakkari’s journey to becoming the talented tennis player she is today? This is her story.

Maria Sakkari was born on 25 July 1995 in Athens, Greece, to mother, Angeliki Kanellopoulou – a former top-50 WTA player – and father Konstantinos Sakkaris. She has a brother named Yannis and a sister called Amanda.

She was introduced to tennis when she was six years old and moved to Barcelona, Spain, on a permanent basis to train when she was 18 years old.

When she was growing up, her tennis idols were Eleni Daniilidou, Serena Williams, Rafael Nadal and Roger Federer.

Despite her mother’s connection to the game, Sakkari revealed that her parents did not urge her to take up the sport.

Sakkari revealed that she actually first started playing tennis because of her brother, and then asked her parents if she could play more.

“I actually started playing tennis because my brother was playing,” Sakkari explained. “I really liked it and then I asked my mum if I could play more. I started playing with my grandfather and I was like: ‘I want to play every day.’ I think I only really found out that my mum had been a tennis player when I was 11.” 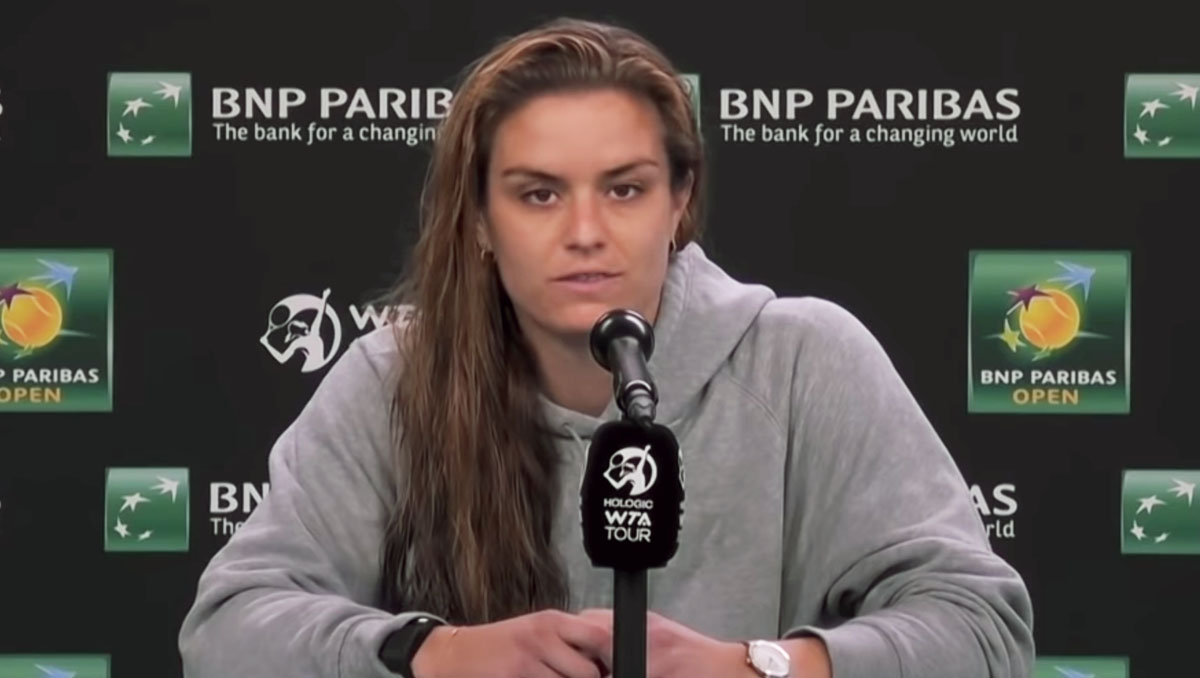 Sakkari started competing in ITF events when she was 15 and she later moved to the Portas Academy in Barcelona at 18.

In 2015, when she was 20 years old, Sakkari made her Grand Slam debut when she came through qualifying to reach the first round of the US Open in New York. There, she lost to Qiang Wang of China 7-5, 6-2.

That run at the US Open propelled her into the top 200 for the first time in her career, reaching 185.

She continued her progress at the 2016 Australian Open, coming through qualifying to reach the first round, where she beat China’s Yafan Wang 6-4,1-6, 6-3 to reach round two and secure her first tour-level victory. In the second round, she lost to Carla Suarez Navarro.

After continuing her impressive rise up the WTA rankings, 2018 ended up being something of a breakthrough year for Sakkari.

Sakkari reached the semi-finals in Istanbul, before making it to the third round of the French Open, where she lost to Daria Kasatkina. It was her best performance at the French Open up until that point. 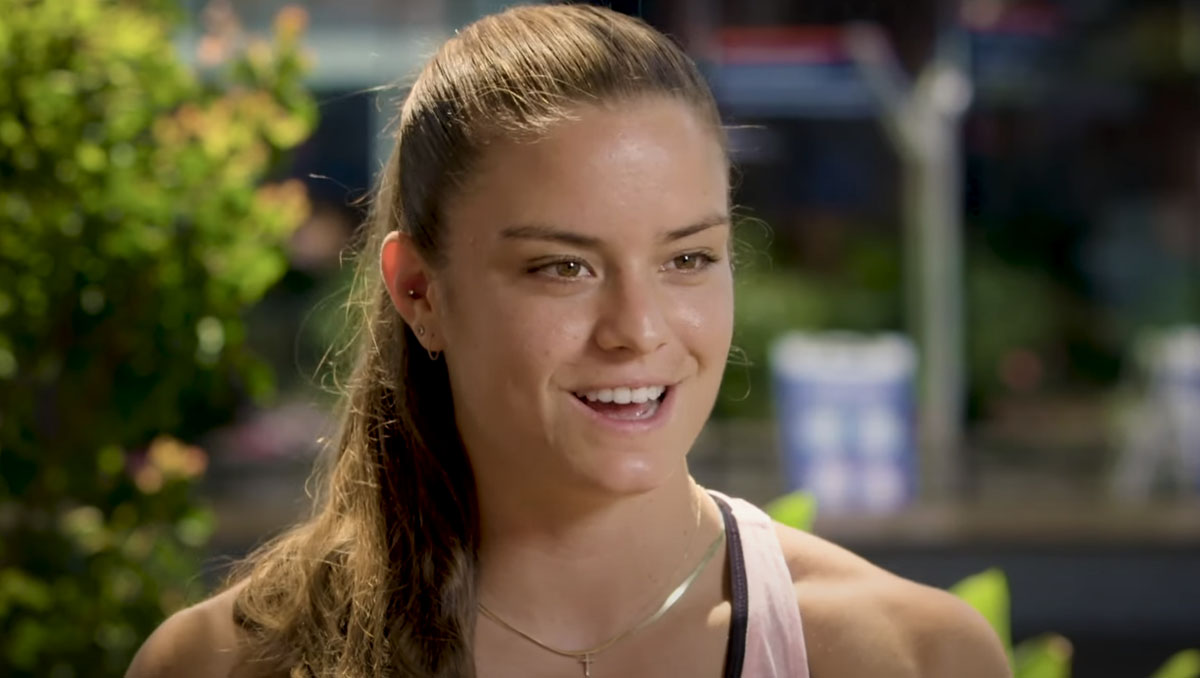 She then reached her first WTA final at the 2018 San Jose Classic, where she lost to Mihaela Buzarnescu of Romania.

The following year, in 2019, Sakkari won her first WTA Title in at the Morocco Open, defeating Johanna Konta of Great Britain in the final to triumph 2-6, 6-4, 6-1. In doing so, she became the first Greek woman since 2008 to win a WTA title.

Sakkari continued her steady progress and in 2021, she reached the semi-finals of both the French Open and US Open.

In the French Open semis, she lost to Barbora Krejcikova, and at the US Open, she lost to eventual champion Emma Raducanu.

Her impressive runs at the 2021 grand slam events lifted her up to number 13 in the world rankings in September 2021.

Sakkari’s impressive form in the 2021 season ended up earning her a place at the WTA Finals in Guadalajara, Mexico. She became the first Greek woman to reach the season-ending tournament.

Sakkari reached the semi-finals of the season-ending tournament after defeating top seed Aryna Sabalenka in her final match of the round-robin stage. 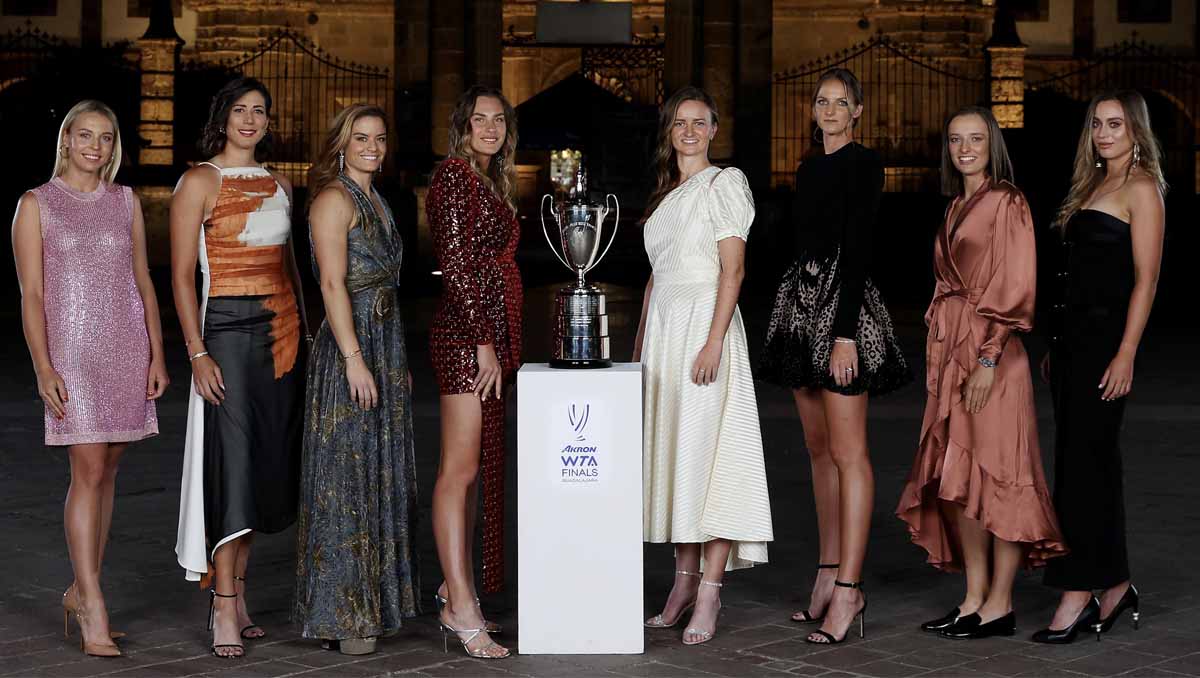 In early 2022, Sakkari reached a then-career-high ranking of number three in the world, becoming the first Greek woman to enter the world’s top five, after having reached the semi-finals of the WTA 1000 event at Indian Wells.

Sakkari is proud of her Greek nationality and says she misses her native homeland when she is on the Tour.

“I miss spending time at home with my friends and family – and the nice weather,” Sakkari explained in an interview with tennishead.net. “I also miss the food a lot. I like pretty much all Greek food.”

Sakkari has also revealed that she is good friends with fellow Greek player Stefanos Tsitsipas: “I’ve known Stefanos since he was a kid,” Sakkari said. “I know his whole family. Our mums used to play together. He’s a great kid. He’s the nicest guy.”

Emma Raducanu, speaking about Sakkari after knocking her out of the 2021 US Open in the semi-finals: “I think today was always going to be a very difficult match, to play against Maria Sakkari. She’s an unbelievable player, probably one of the best athletes out there on tour. I knew before the match I was going to have to play some of my best tennis if I wanted a chance.”