By The Sport Review
Updated on Wednesday 10 August 2022

Neymar is a Brazilian footballer who plays as a winger. He has played for the likes of Santos, FC Barcelona and Paris Saint-Germain.

The 30-year-old is widely considered to be one of the most talented attacking players of his generation and has won multiple major trophies at club level.

Born in Mogi das Cruzes, Brazil, Neymar began his youth career at Portuguesa Santista before moving to Santos’ youth set-up in 2003. He broke into the Santos first team in 2009 and subsequently earned a transfer to FC Barcelona in 2013.

In 2017, Neymar left FC Barcelona to sign for French club Paris Saint-Germain and he helped them to win the Ligue 1 title in his first campaign in Paris.

Neymar made his senior international debut for Brazil back in 2010 and has made more than 100 appearances for his country in various competitions.

So, what do we know about Neymar’s journey to becoming the talented footballer we all now know? This is his story.

Neymar (full name: Neymar da Silva Santos Junior) was born on 5 February 1992 in Mogi das Cruzes, Brazil to parents Neymar Santos Sr. and Nadine da Silva. He is named after his father, who is a former footballer. He has a younger sister named Rafaella Santos.

Speaking about his father’s role in his life and career back in 2012, Neymar said: “My father has been by my side since I was little. He takes care of things, my finances and my family. He is the one who is in charge. He’s the boss. There’s always somebody nearby, keeping an eye on me more than watching me.”

Neymar developed as a youngster playing both futsal and street football. He initially started out playing futsal and began also playing football when he was around 11 years old.

Speaking about the influence that playing futsal had on his development, Neymar said in an interview with FourFourTwo magazine in 2016: “Futsal had a massive influence on me when I was growing up. It’s a very demanding game and it really helped to develop my technique, speed of thought, and ability to perform moves in tight spaces.” He added: “I combined football and futsal until I was 14.” 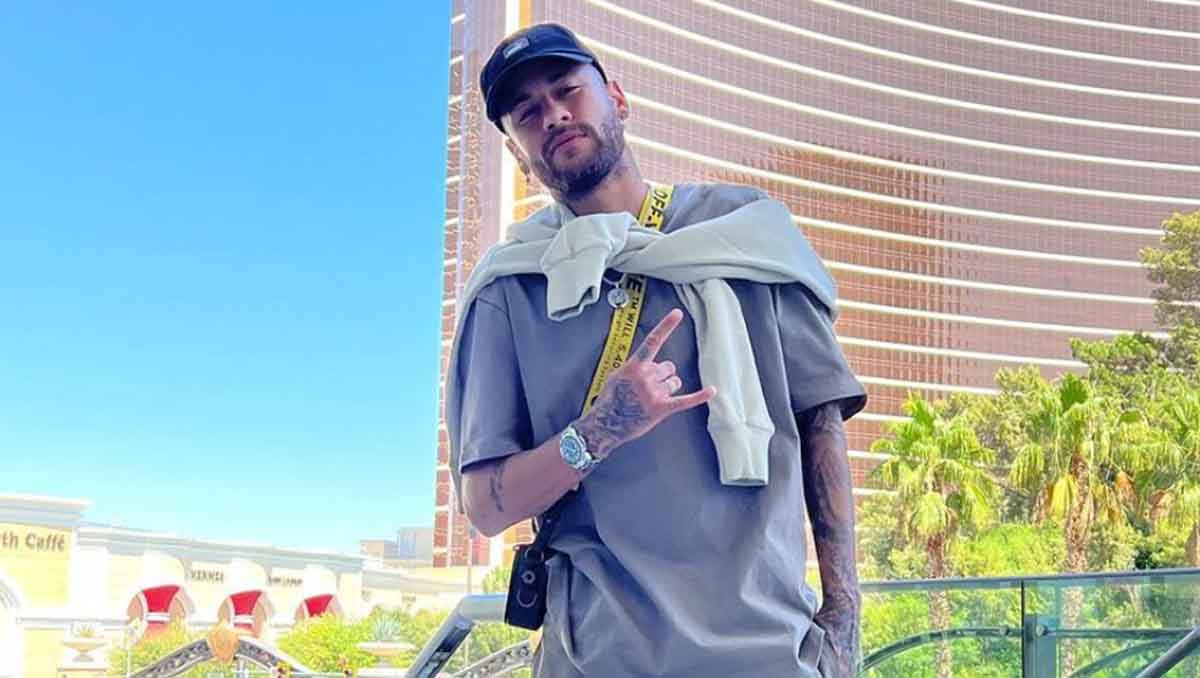 Neymar also revealed that he had an almost immediate passion for football after having fallen in love with the sport from an early age.

“I had a very happy childhood and I can still remember waking up every morning just wanting to play football – even though I knew I had to go to school,” Neymar said in the same interview with FourFourTwo. “As soon as I arrived home I used to grab my football and go straight out and I’d play until late at night with my friends. Nothing else seemed to matter to me at that age.

“I can still remember my dad watching all my futsal games and making comments about how I played even when I was so young. He was always there following everything I did.”

After having begun playing football from an early age, Neymar was scouted by Santos who offered him a contract in 2003.

He spent six years in the club’s youth set-up before making his senior first-team debut for the club in 2009.

Neymar made his professional debut for Santos on 7 March 2009 when he was 17 years old, coming on as a substitute for the last thirty minutes in a 2–1 win against Oeste.

Reflecting on his professional debut for Santos, Neymar told FourFourTwo: “I didn’t really know what to do! I didn’t know whether to smile, applaud the crowd, wave my hands in the air or just stay serious. It feels quite complicated when you’re that young but I ended up playing that first game and the rest is history.”

Neymar scored his first goal for Santos the following week in a match against Mogi Mirim.

In his five seasons at Santos, Neymar would go on to score a highly impressive 136 goals in 225 games for the Brazilian club, helping them to win three league titles.

His electric performances in Brazil had caught the eye of some top European teams and a move to FC Barcelona soon beckoned in 2013.

In May 2013, FC Barcelona agreed a deal to sign the 21-year-old Neymar from Santos. The transfer fee was reported to be in the region of £48.6m (€57m), with the Brazilian penning an initial five-year contract.

Speaking about his decision to join the Spanish club at the time, Neymar said: “Money is OK but happiness takes priority. We decided to come to Barcelona. I had a lot of offers but I followed my heart. I think adjusting to European football may be difficult but I hope to adjust quickly.”

Neymar then made his Champions League debut on 18 September 2013 in a 4-0 victory over Ajax.

The Brazilian attacker went on to enjoy a sparkling four seasons with FC Barcelona, scoring 105 goals in 186 games for the Spanish club in all competitions. 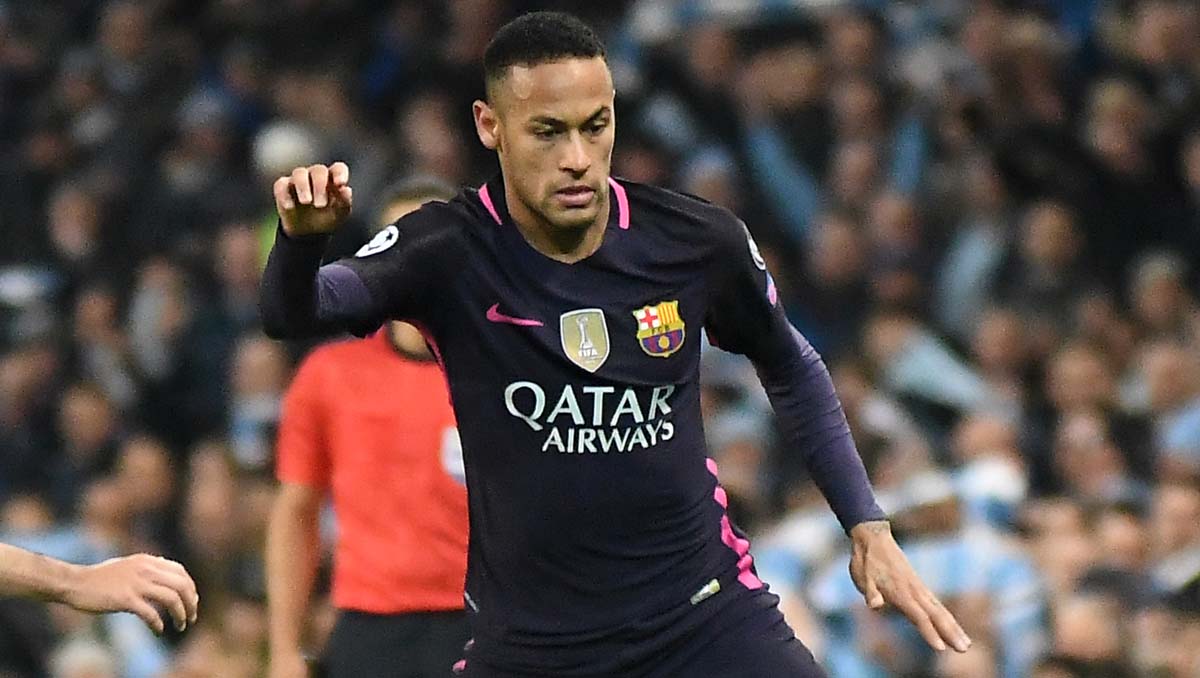 Neymar ended up leaving FC Barcelona after four seasons to sign for French side Paris Saint-Germain. 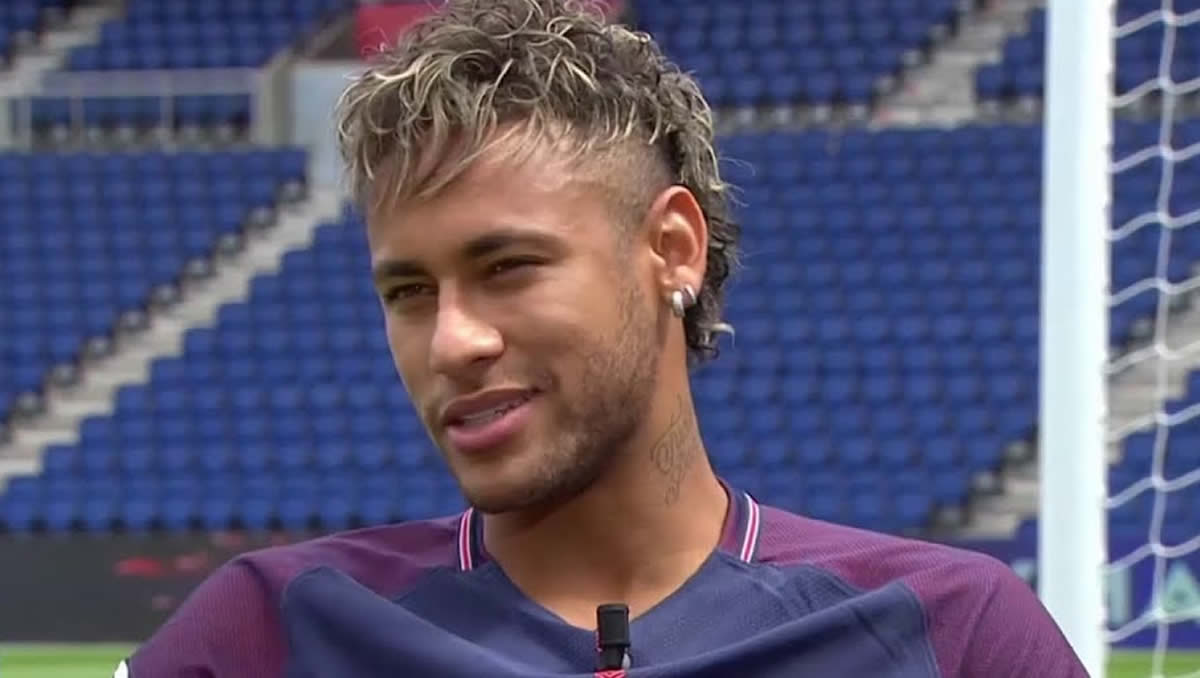 Speaking about his decision to join PSG, Neymar said: “Paris St-Germain’s ambition attracted me to the club, along with the passion and the energy this brings. I feel ready to take the challenge. From today, I will do everything I can to help my new team-mates.”

Neymar made his Ligue 1 debut for PSG on 13 August 2017, scoring one goal and assisting another in a 3–0 away victory over Guingamp.

He went on to score 100 goals in 144 games for the French club in all competitions in his next five seasons at PSG.

Neymar represented Brazil at Under-17, Under-20 and Under-23 level.

He made his senior debut for the Brazilian national team on 10 August 2010 when he was 18 years old, in 2-0 friendly win against the United States in which he scored his first goal for his country.

After going on to score eight goals in his first 16 games for his country, Neymar said: “Being on the Brazilian team is a privilege. There are some marvelous players and I’m very happy to be among them.” 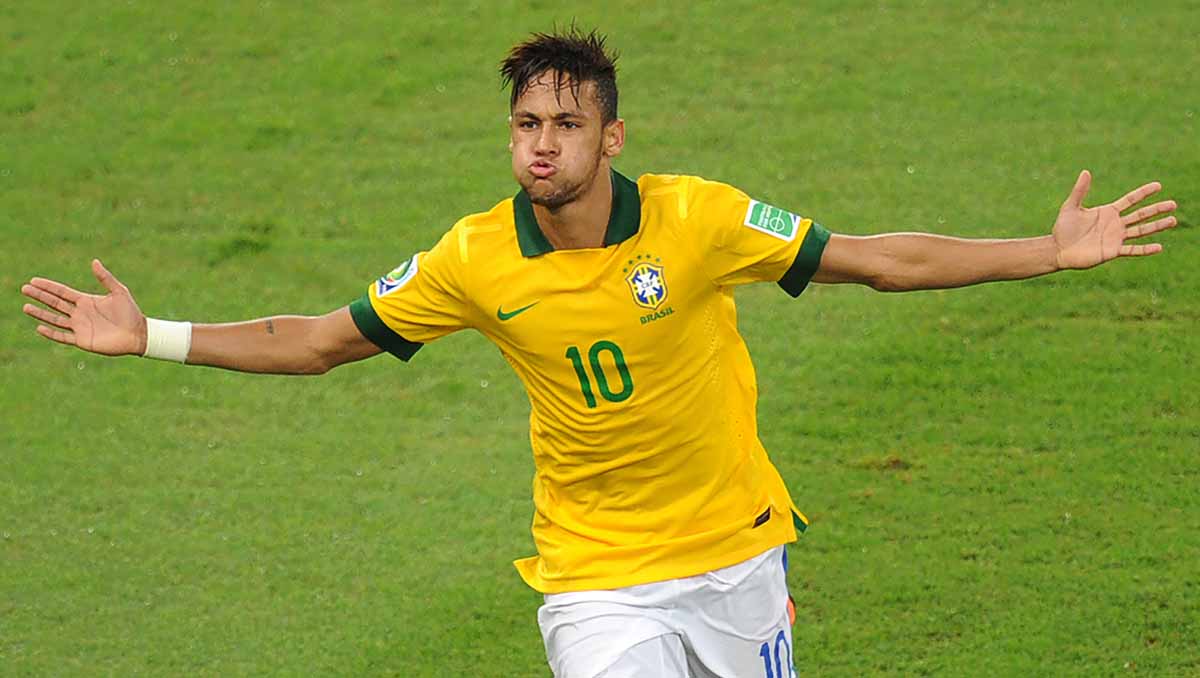 Neymar was part of the Brazil team who won the gold medal at the men’s football tournament at the Rio 2016 Olympics.

Net Worth, Wages And Salary

As is the case with most celebrities and sports stars, there is no ‘official’ figure for Neymar’s net worth. That being said, a number of online media outlets have attempted to estimate the figure. 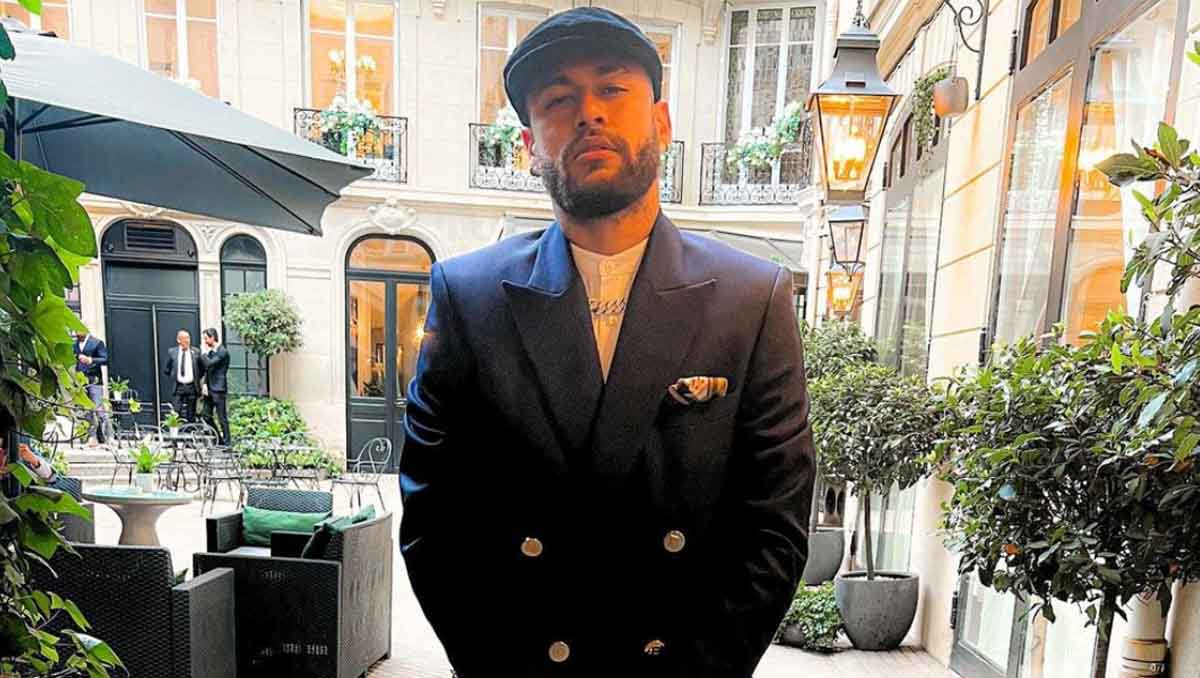 What about his wages at PSG? According to L’Equipe, Neymar was earning in the region of £3.4m per month from his salary at Paris Saint-Germain in 2022. This number equates to around £784,600 per week.

Neymar is a Christian and has posted about his faith on social media.

In February 2014, Neymar said in a post on social media: “Life only has meaning when our highest ideal is to serve Christ!”

Away from football, Neymar has become something of an icon in promoting Brazilian modern pop music, particularly Musica Sertaneja. 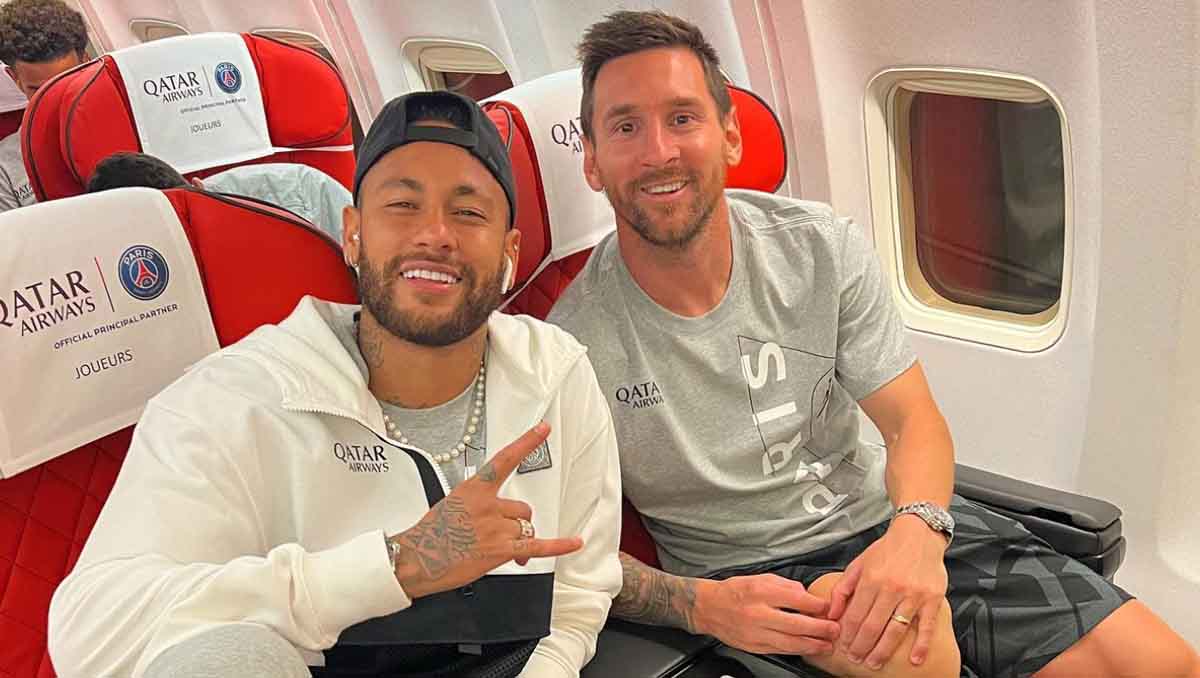 Lionel Messi, speaking about Neymar in 2020: “Neymar is one of the best in the world. He is a very happy person who is always smiling and enjoys himself on and off the pitch. He gave all the players a lift.”

Ronaldinho, speaking about Neymar in 2015: “Neymar is my heir. He’s performing that role and will do so for many years. He’s a great player and will be the face of the Brazil team throughout the seasons to come.”

David Beckham, speaking about Neymar in 2017: “It’s been clear ever since he signed for Brazilian team Santos at 17 that Neymar is an outstanding talent, a once-in-a-generation type of footballer who has fans on their feet whenever he gets the ball. I’ve always been struck by his humility. He’s respectful and wants to learn, which he proved when he arrived at Barcelona in 2013 to play alongside some of the game’s biggest stars.”